M9, a new museum of twentieth-century Italian history in Mestre, is more than just a museum: it is an important urban regeneration project by Sauerbruch Hutton, the studio that won the competition on invitation held by Fondazione di Venezia. 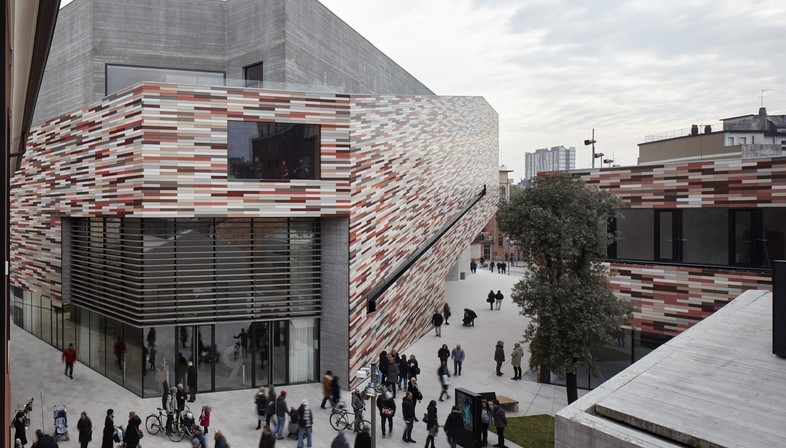 Not just a museum: a wide-ranging, complex urban regeneration project combining culture with innovation. M9, the multimedia museum of the twentieth century, is a project initiated by Fondazione di Venezia for the centre of Mestre. Its location makes the new museum complex a landmark for a vast territory in northern Italy and a gateway to the city of Venice. 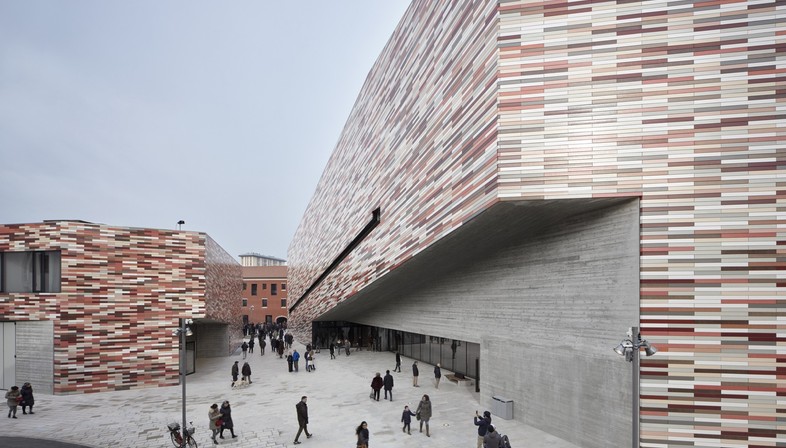 In 2010 Fondazione di Venezia announced a design competition on invitation with the involvement of six prominent international architectural studios.
The winning project, by Matthias Sauerbruch and Louisa Hutton’s studio Sauerbruch Hutton, included construction of the new twentieth-century museum and revitalisation of the city centre of Mestre with reclamation of two existing buildings: a former convent built in the late sixteenth century, Convento delle Grazie, and an office building constructed in the seventies. The museum became a key to renewal of the urban fabric of the area while at the same time creating a bridge with the past through reclamation of the two existing constructions.
M9 is not a conventional museum, it is a multi-purpose centre and event venue in line with the highest European standards. Through the promotion of knowledge about a century abounding in contradictions that determined the nature of today’s society, the new museum aspires to become an important national landmark which the local community will identify with, and help bridge the cultural gap between Mestre and nearby Venice. 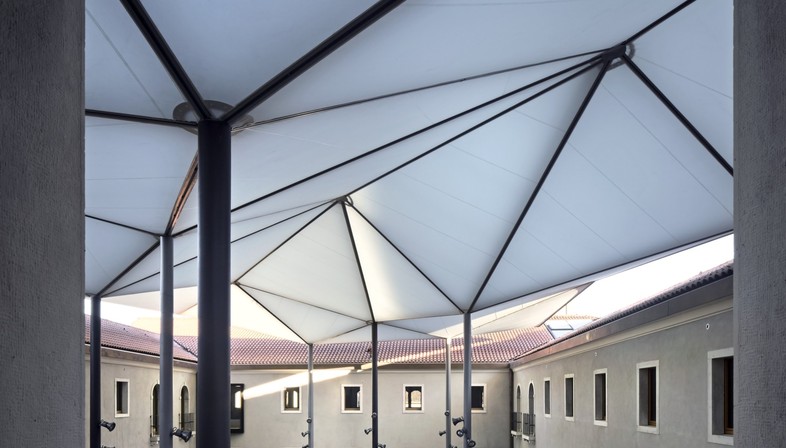 The strong point of Sauerbruch Hutton’s project is the new building’s integration into its urban context. The architects designed new public spaces including a new piazza and a diagonal pedestrian route from Piazza Erminia Ferretto to Via Cappuccina, a major artery. The new routes, brought to life with cafés, shops and restaurants, also lead to the courtyard of the late sixteenth-century Convento delle Grazie, which has been renovated and converted for use by the community. The roof that covers the courtyard makes it a suitable venue for cultural and/or commercial events: not just an ordinary covered area but a new space offering forms of interaction, exhibition and sale that meet the needs of today’s retail business. The architects designed the pathways in the area as a single paved surface allowing visitors and locals to move around in a continuous, uninterrupted space including the main museum building. The museum’s compact shape is underlined by the juxtaposition of closed and glass surfaces and by use of colour: the architects chose a palette of thirteen colours in harmony with the museum’s surroundings for the twenty thousand ceramic tiles covering the buildings’ walls. The interactive multimedia exhibits in the museum immerse visitors in discovery of more than a century of Italian history. Eight big theme areas introduce visitors to the changes in culture, lifestyles, natural and urban landscapes, science and labour that took place in the twentieth century and to the social, economic and political movements that brought them about. 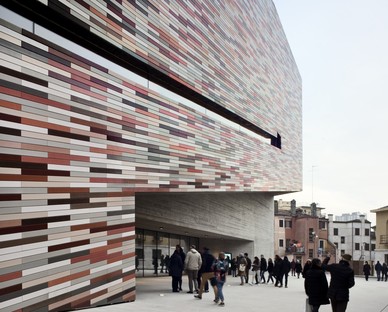 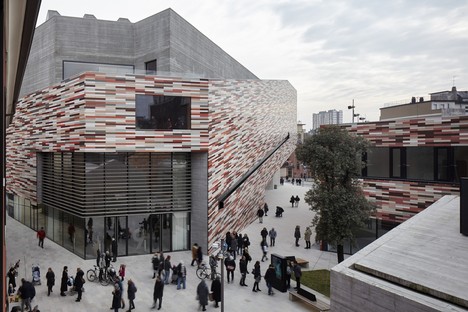 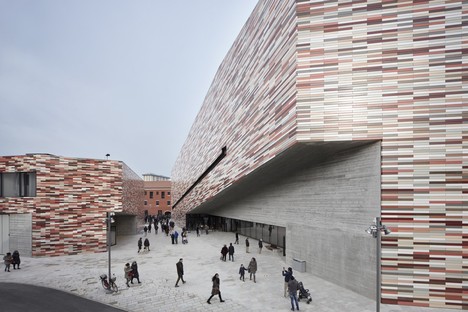 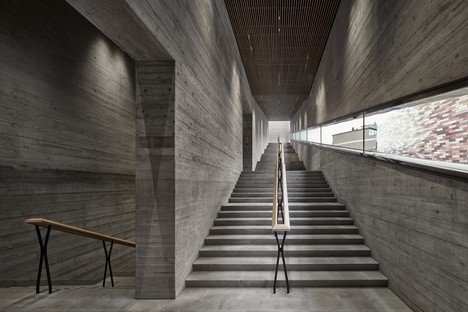 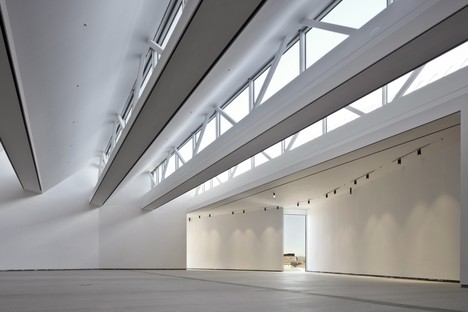 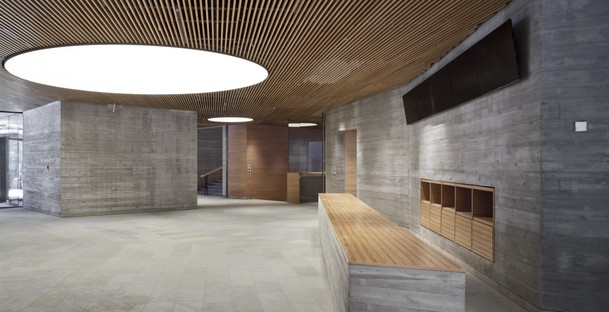 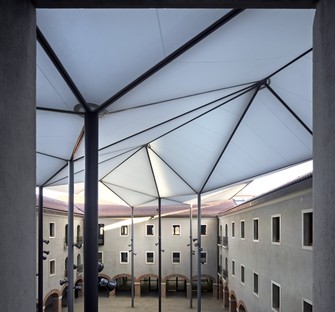 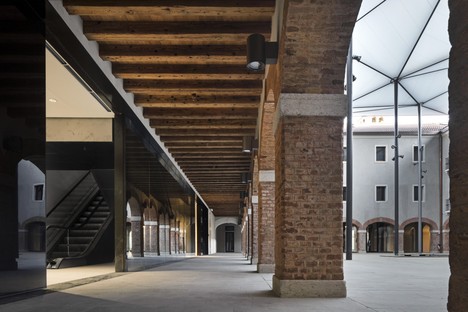