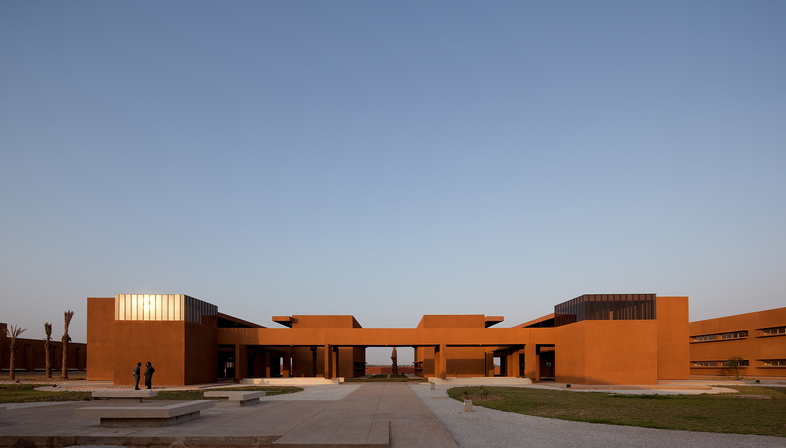 Faculté Polydisciplinaire de Taroudant (Taroudant University) is the first in a series of educational complexes designed by El Kabbaj - Kettani - Siana Architects in major cities in southern Morocco. As in the Technology Schools in Guelmin and Laayoune, there is a strict need to use architecture to demonstrate connection with the aesthetic and formal origins of Moroccan buildings. But in each of these buildings, tradition is seen as a living source on the basis of which to innovate, without falling into the trap of banal imitation or, even worse, caricature of ancient models.
In the Faculté Polydisciplinaire in Taroudant, the architectural element Saad El Kabbaj Architecte chooses as the starting point for the project is the riad, the traditional Moroccan home, in which the rooms are separated by intimate inner courtyards containing a wealth of vegetation, which form the heart of the home.
In these public university buildings, the riad is transformed into a complex of single buildings separated by courtyards full of green plants and trees, which complete and join the open spaces. As in the Technology School of Guelmin, the layout centres around an avenue on a north-south axis, along which all the primary and ancillary functions of the university are arranged. The main entrance is located to the west, and is a path between the amphitheatre and the laboratories leading to the long avenue. Proceeding toward the south, we come across more laboratories and workshops, while to the north are supporting facilities such as the library, administration building and dean’s office. As in the riad, the architecture of these buildings appears solid, massive and closed-in, and yet each building seems to open up to the buildings beside it with windows and sunbreaks of different forms: there are repeated slits cut into the walls in place of big glass windows, reducing the heat that builds up inside while letting in light and fresh air to create a good microclimate naturally.
The study of perspective from one building to another is very important in the project, obtained by shifting walls and roof elements so as to create shade and effects of light and shadow. The mute cement surfaces, coloured in the hues of the Sahara sand and earth, offer views of the greenery in the courtyards and the stands of argan trees, bringing to mind the classic image of the oasis in Moroccan culture. The low buildings, with only one or two floors, leave free views of the Atlas Mountains that dominate the scene; a mountain chain in northwest Africa which extends for about 2500 km between Morocco, Algeria and Tunisia. 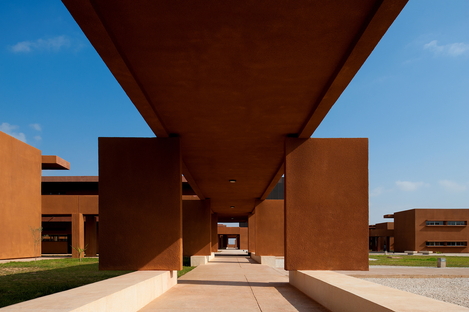 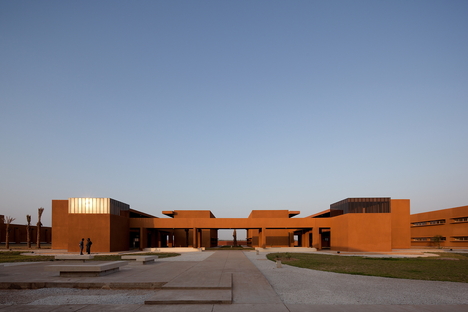 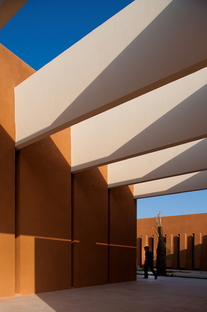 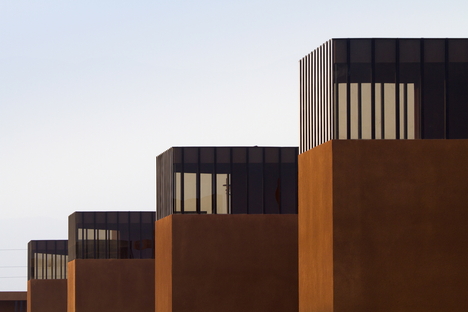 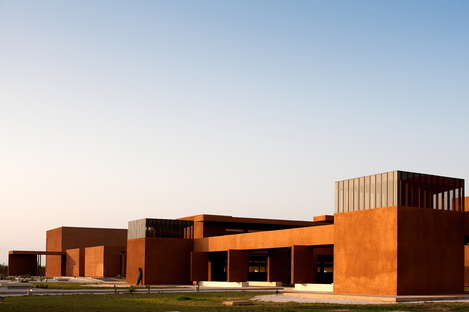 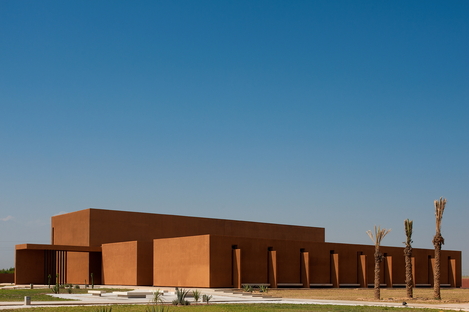 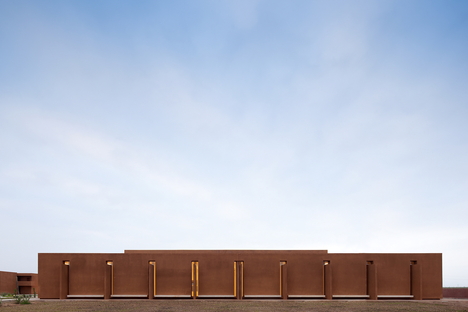 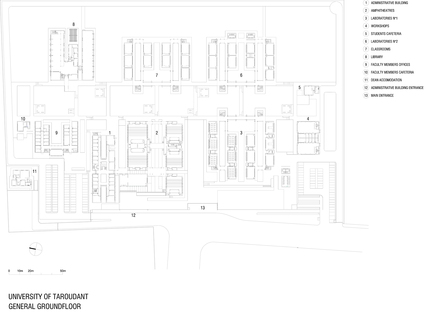 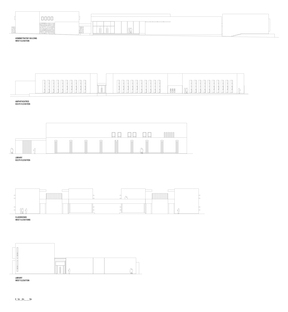 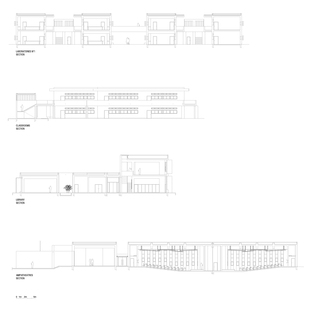