The project designed by Piuarch and Silvia Passerini’s studio won the public tender launched by Milan’s local administration for the refurbishment of Cascina Sella Nuova. This ancient rural structure, built in the 15th century and located just outside the city, was in a severe state of disrepair. The complex will be restored according to sustainable and green principles and it will include housing, common spaces, experimental and urban gardens. 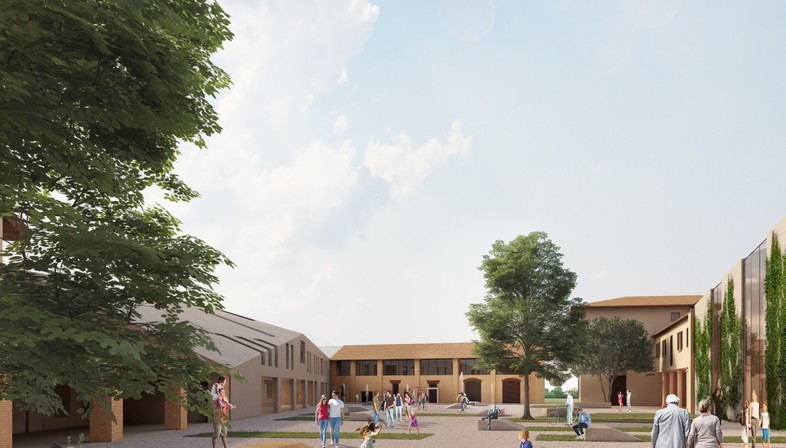 Milan’s farmhouses (known as “cascine” in Italian) are rural buildings consisting of a courtyard for residential and agricultural use. Most of these buildings, considered as historic heritage and protected, were built outside the old town area. However, with the growth and expansion of the metropolis, they have been slowly reintegrated back into the full urban area. In some cases, they still have agricultural uses. In others, they have completely lost their original function and have been converted into libraries, shelters or residences, or find themselves in a severe state of neglect. This was the case for Cascina Sella Nuova, abandoned and left to fall into ruin. The building, however is now getting a second chance, thanks to a public tender won by Natural-Mente, a programme involving about 30 different entities led by the Thara Rothas Association, with the aim to give the farm a new sustainable lifestyle, with a strong social impact. The architectural refurbishment and regeneration project of the farmhouse was carried out by the Piuarch studio, founded by architects Francesco Fresa, Germán Fuenmayor, Gino Garbellini and Monica Tricario, and by Silvia Passerini’s studio. The goal is to regenerate the whole area through the restoration of the pre-existing buildings and to make it a point of reference and interaction for the entire neighbourhood. In particular, the refurbishment of the Cascina Sella Nuova complex and its green spaces will create intergenerational developments and assisted housing communities, together with supported living services for people with disabilities, children’s services and training services. It will also include a digital museum, experimental and urban gardens, spaces for agricultural training and a bakery workshop. Moreover, some spaces will be available for the sale and the tasting of quality products, favouring a local supply chain.
The project does not provide for new constructions, but only for the restoration of the existing architectural heritage that can be traced back thanks to the existing structures, the remains of old fallen parts and the available documents. An ambitious systematic and sustainable project was developed through a process that aims to support an open dialogue with all the subjects involved, inspired by key words such as Working, Living and Naturally Socialising. A slogan that from an architectural point of view was translated into the redevelopment or reconstruction of the typical elements characterising the original farmhouse: the two still existing courtyards, the old building dating back to the 15th century, the Italian garden and the large green area surrounding all the structures, a space destined to become the connective element that will help mediate and develop new relations with the city which, over time, has grown around the original farmhouse.
The goal is not to merely refurbish the building, but to revitalise and regenerate these areas that lie on the border between the urban fabric and what remains of its agricultural past, defining a new centrality and a new point of reference for the whole neighbourhood in terms of social cohesion, services and sustainability. A concept that found its architectural translation in the roof of the building. Indeed, the roof represents a shelter, but it is also an element that connects the buildings and combines them into a single project. The new roof will become an architectural element characterising the entire project, a new horizontal “façade” which the farmhouse will offer to the eyes of the large buildings surrounding it and thanks to which it will create relationships with the surrounding context. 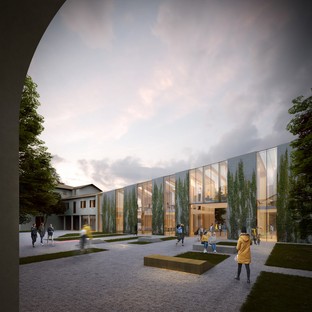 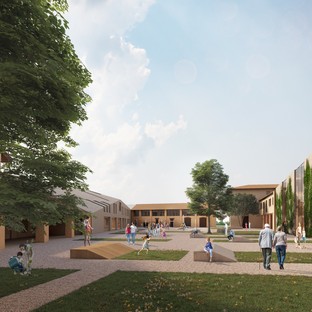 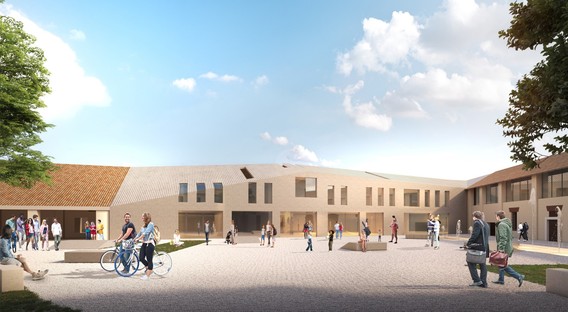 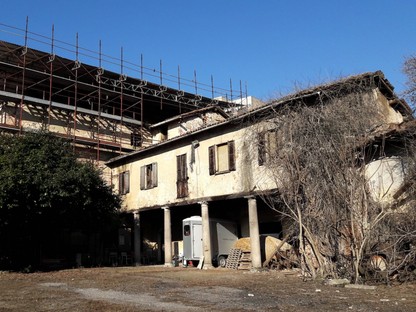