Pierattelli Architetture designs the interior of an old Tuscany farmhouse

The image of the former farmhouse immersed in the Tuscan countryside has not been altered by the design conceived by the Pierattelli Architetture firm. The architects have redesigned the interior of an imposing rustic Tuscan villa, Maison Ache, transforming it into a contemporary and eclectic residence, while at the same time respecting the architecture and the rural style of the place. 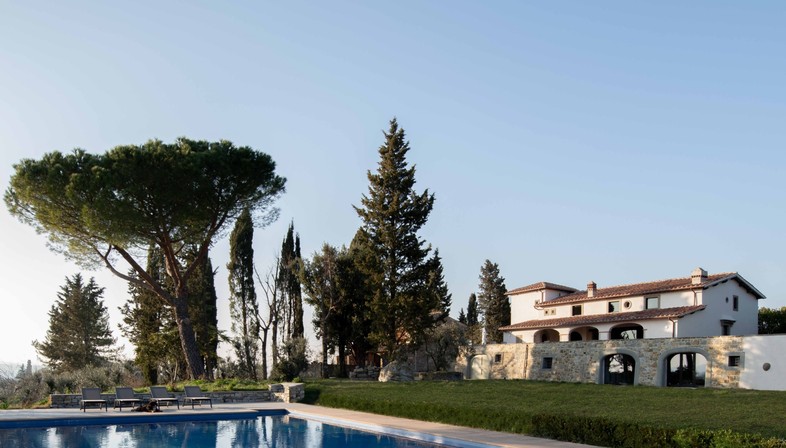 Tuscany is a region located in central Italy, much sought-after and known around the world. It owes its fame not only to the immense artistic heritage, its cities and UNESCO sites, but also to the extraordinary views offered, stretching out from the coast to the hinterland: beautiful, natural landscapes, characterised by rolling hills and centuries-old trees, blend with man’s presence, made evident by the cultivated fields, the medieval villages and castles, the ancient churches and striking abbeys and, last but not least, the small and large rural buildings dotting the countryside.
The Pierattelli Architetture firm, founded in Florence (Tuscany) in 1980 by architect Massimo Pierattelli, accepted the challenge posed by a French family, which decided to turn a former rural building buried in the Tuscan countryside, into its personal haven of peace and relaxation. The request put forward to the architects of the Pierattelli studio was to create a contemporary and eclectic residence, while at the same time respecting the architecture and the rural style of the place. 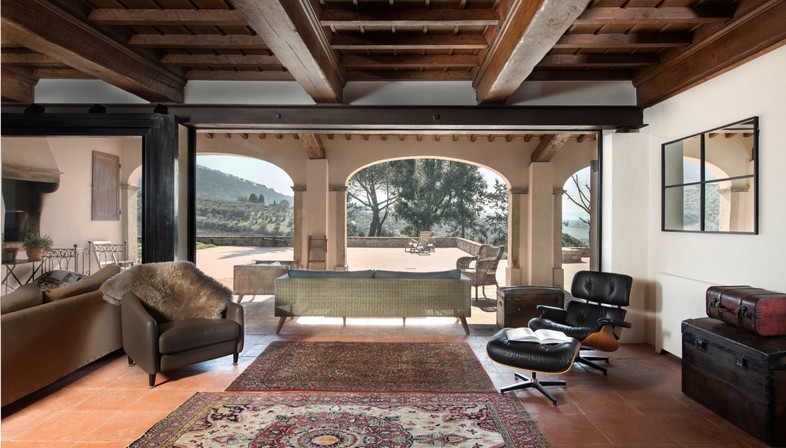 Maison Ache has all the characteristics of those typical and often isolated rural buildings, which identify and characterise the Tuscan landscape. The Pierattelli Architetture studio conceived a tailor-made design, modelling it not only on the needs of the client’s family, but also on the natural environment in which the farmhouse is set.
As the architects explain “the architecture and rural style of the building has been preserved, while the interior spaces have been reinterpreted with a balanced mix of tradition and modernity, genius loci and ethnic ideas, remaining true to the nature of the area”. The original structure of the old farmhouse, a 3-storey masonry building with plastered façades and sloping roofs covered with typical roof tiles, was carefully preserved. The house was originally built in the first half of the 1900s and underwent several transformations during the 1970s when, having lost its agricultural function, it was converted into a residential building. Today, it presents itself as a volume with a traditional, simple geometry, with a large portico entrance and built on a flat base on a wide terracotta threshing floor. The floor, in turn, rests on a space that in the past was used as a lemon house, today transformed into a gym by the architects. Completing the sports and relaxation facilities which Maison Ache enjoys, a large infinity pool was created just a short distance from the main building, offering a breathtaking view over the valley. The white plaster of the house, crowned by its red bricks, immediately stands out from the other rustic structures present which, like the containment walls, are all in exposed stone. 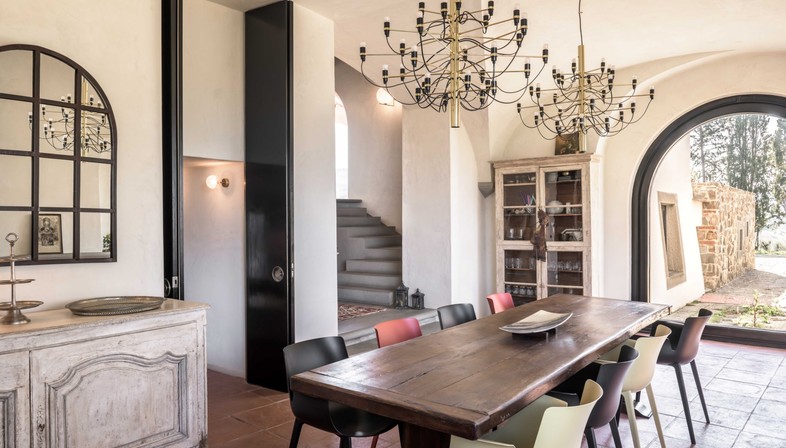 In creating the interior design the architects carefully preserved and emphasised some of the existing elements, while updating the obsolete ones. The goal, which the architectures expertly achieved, was to create rational and eclectic environments in which local materials could harmoniously coexist with memories of the family's distant home, custom-designed furnishings by the Pierattelli Architetture studio and objects serving as contemporary design icons. All in a seamless visual dialogue with the natural context of the Tuscan countryside, which is present in every space thanks to the various openings, from the windows to the large arches of the portico, which have been expertly emphasised. 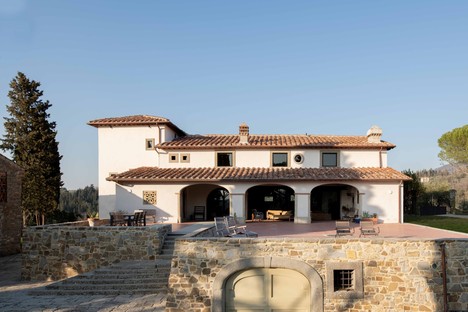 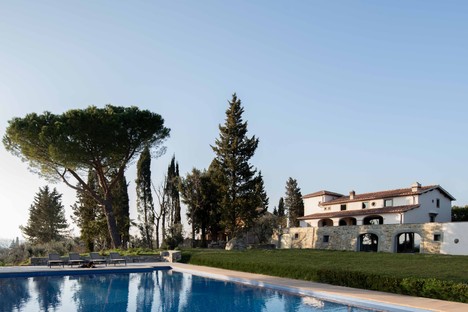 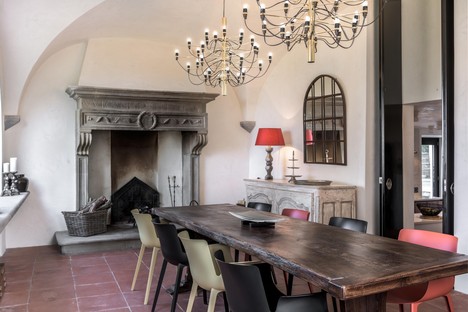 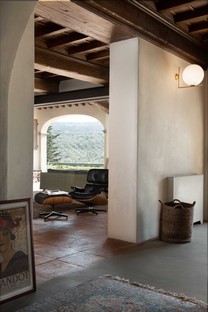 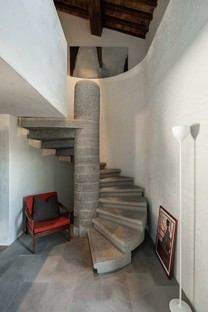 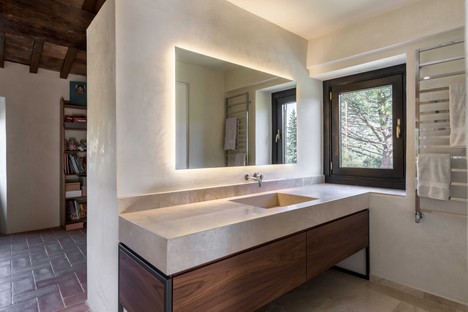 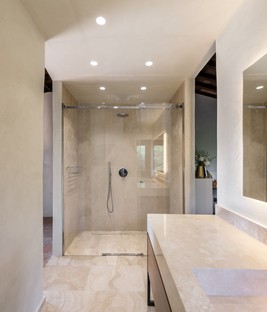 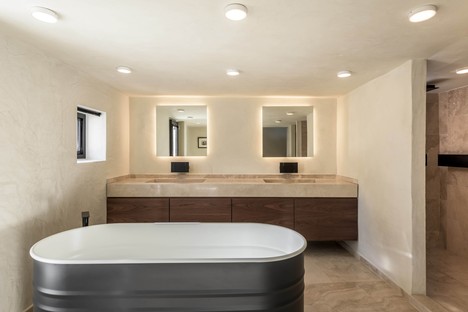 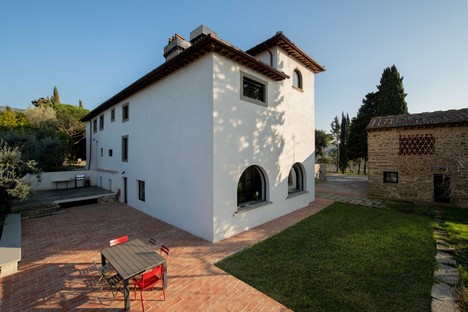 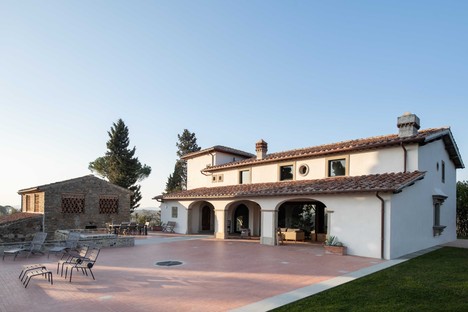 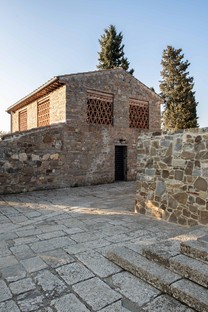 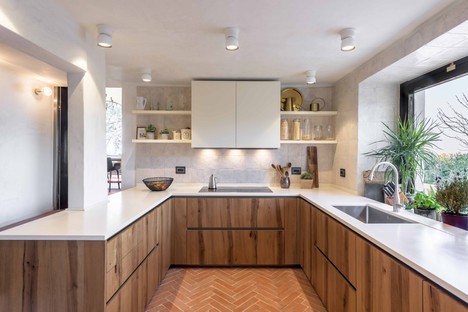 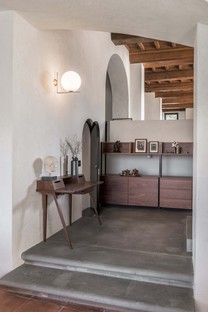 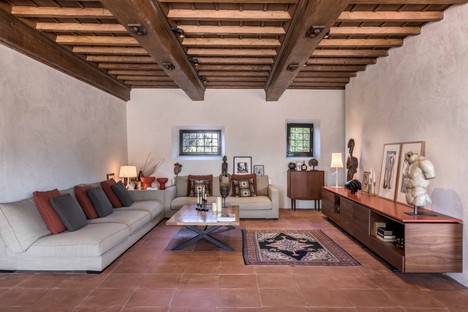 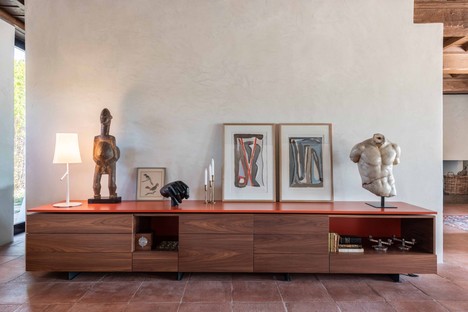 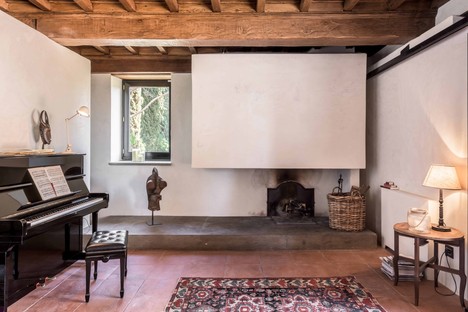 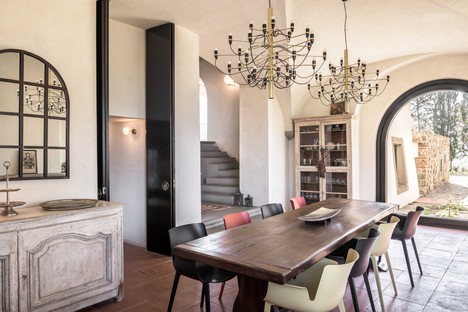 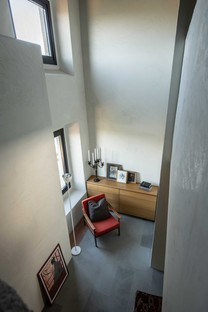 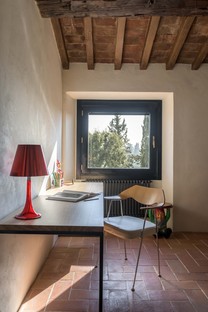 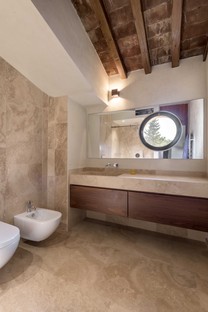 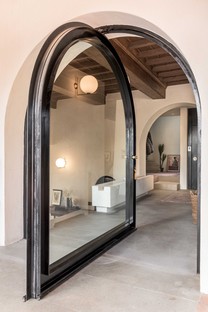 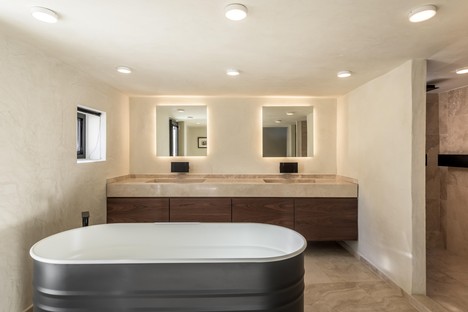 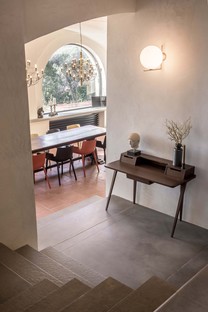