The new headquarters of Fortuna Entertainment Group (FEG) in the heart of Prague is an interior design project based on the concept of a post-pandemic office. Czech firm Perspektiv relies on the vertical connection of floors to replace open-plan spaces, combined with informal workspaces and large-scale graphics. 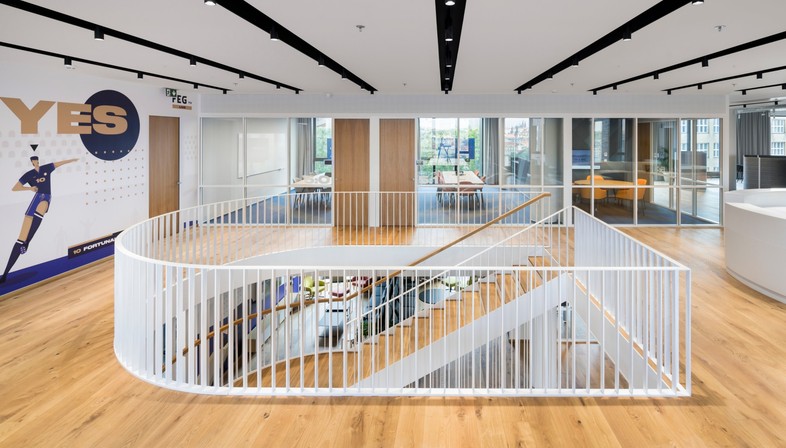 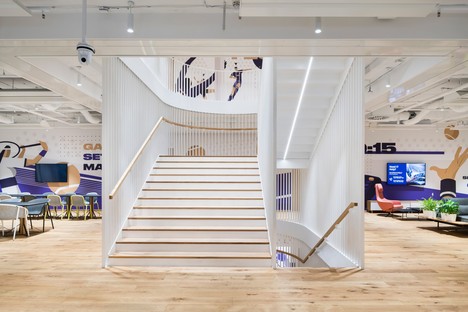 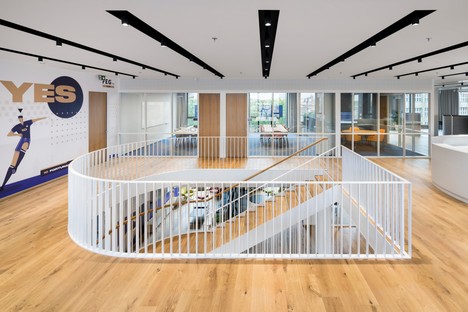 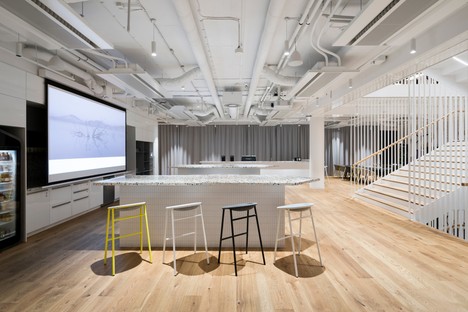 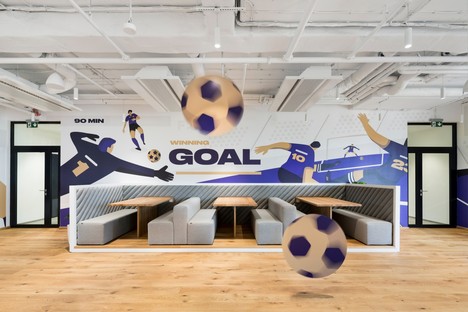 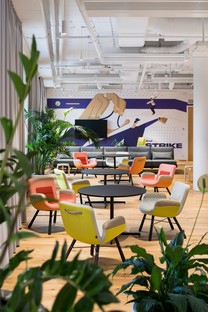 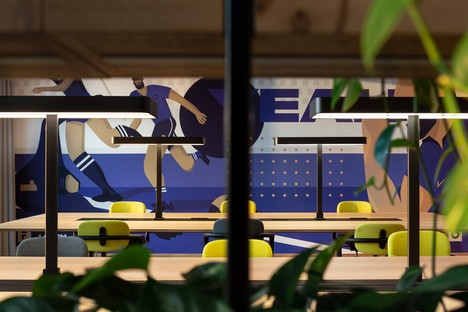 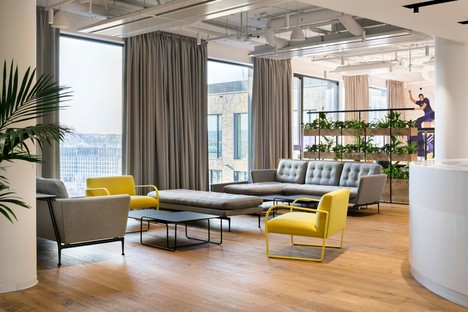 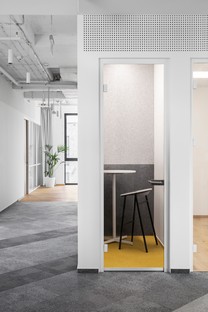 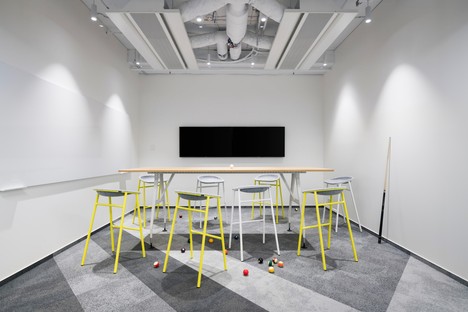 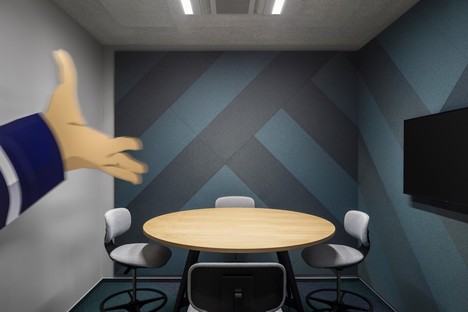 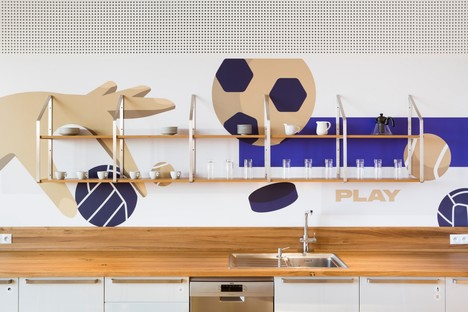 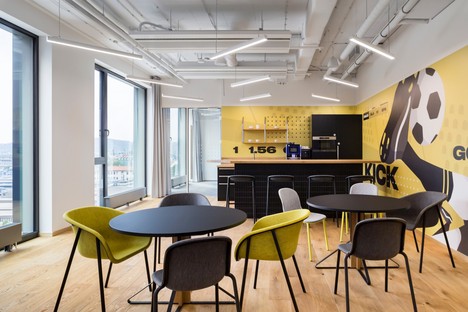 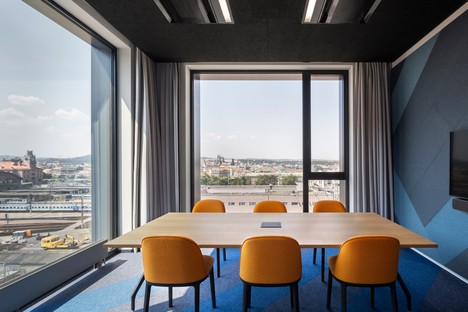 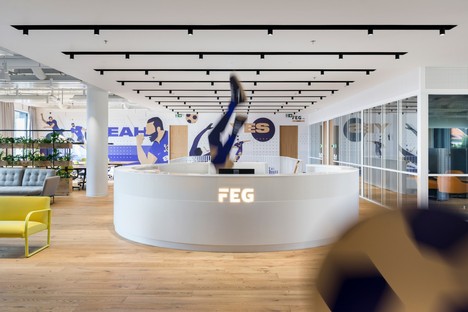 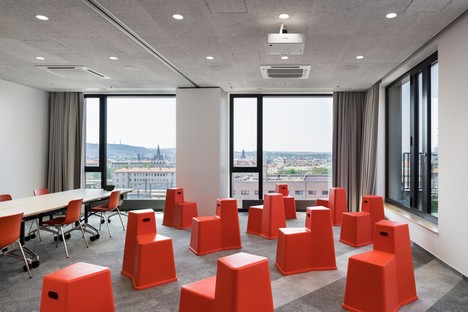 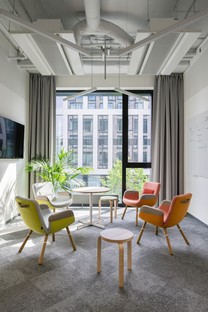 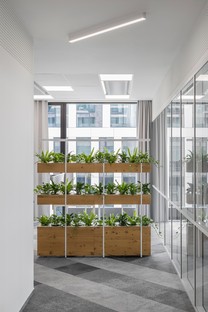 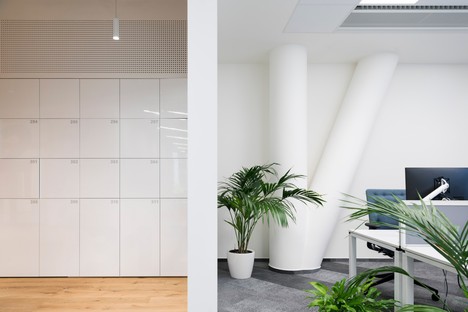 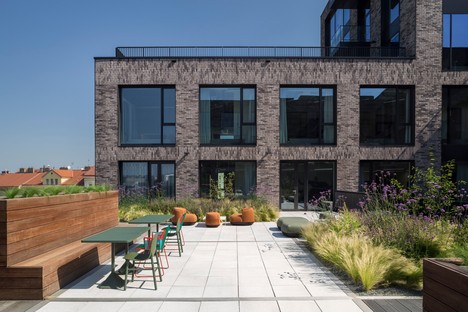 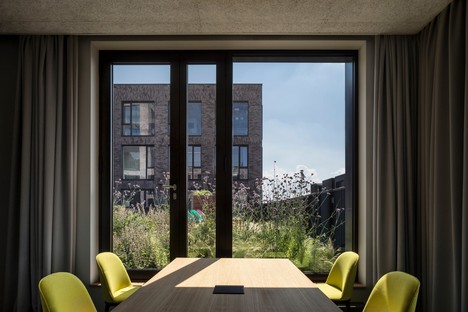 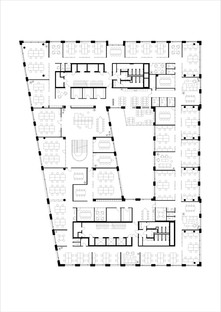 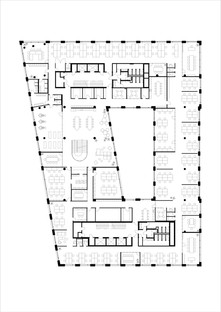 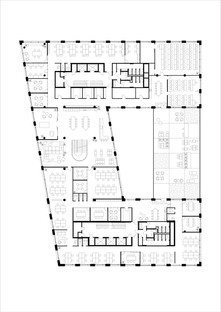 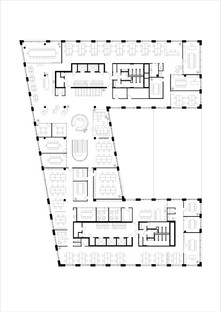