Paredes Pedrosa has transformed three small homes in a fifteenth-century arcade connecting the Castle with the Church of Nuestra Señora de la Asunción in Oropesa into two new homes sharing a single patio. 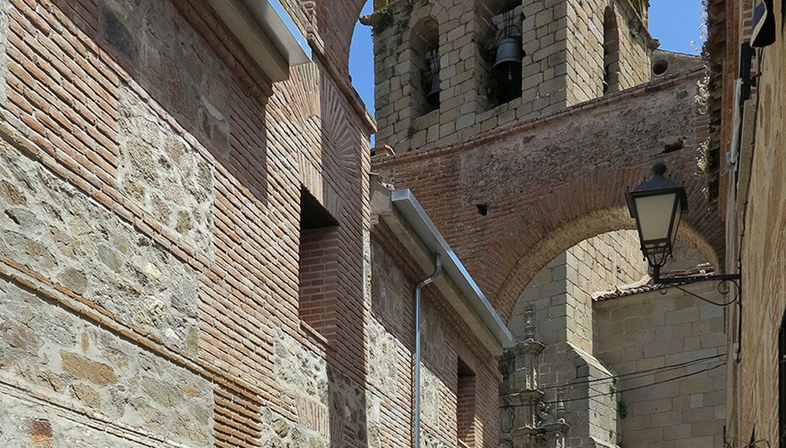 Studio Paredes Pedrosa has created two homes with a shared patio in the old walls that link the church with the castle in the town of Oropesa. The castle is still the landmark most commonly associated with the Spanish town, near Toledo, with its gorgeous views over the floodplain of the Tago River and the peaks of the Sierra de Gredos. The castle that stands today was built over an ancient Roman structure, probably in 1402, as the residence of the noble Toledo family. One member of the family had an arcade built to link this important monument with another important building in the town, the 15th century church of Nuestra Señora de la Asunción.
Over the centuries the arcade was partially knocked down and incorporated into the homes around it, which face the front of the church, and now read like a map of past events testifying to the transformations they have undergone. Portions of the big brick arcades remain, underneath which houses have been built over the years, creating spaces which are now considered inadequate in terms of lighting, ventilation and quality of life. The view from the top of the church of Nuestra Señora de la Asunción demonstrates the superb interweaving that results from the stratification of history and architecture, while the remains of the arcades form a complex which is now a landmark in the town of Oropesa.
Paredes Pedrosa’s project converts a space previously occupied by three homes with two courtyards under the arcades into two homes with a single patio shared by two brothers and a little private garden. While the façade facing the church of Nuestra Señora de la Asunción is a protected heritage building and could not be changed, the interior layout was altered by removing a number of dividing walls to create larger rooms. The biggest change involved knocking down the central part of the top of the complex, expanding the shared courtyard and ideally extending it out as far as the main façade facing the church. The reopening of a portion of the corresponding arcade opened up the view of the sixteenth-century bell tower from the courtyard, making the historic heritage of the complex more visible. Underneath it, an existing window in the thick walls has been opened up to give the home a better view of the church. The courtyard catalyses daylight for the rooms overlooking it, making up for the absence of windows on the façade facing the church. As in the interior, the old walls over the courtyard have been restored and treated with white paint to differentiate the masonry around them, which is not part of the complex, and underline the pattern of the original masonry, while the floor and the lower part of the old walls, which were damaged, have been covered with tiles, the only new material used in the project, the same ochre colour as the cornices of the windows. 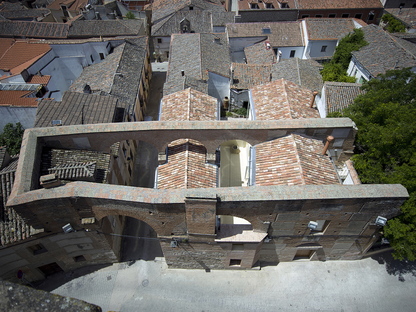 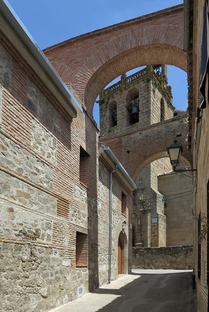 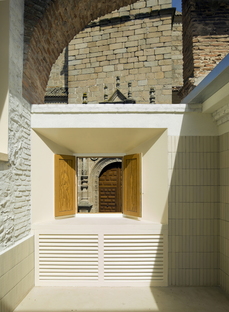 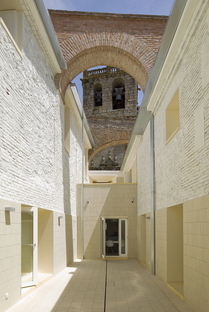 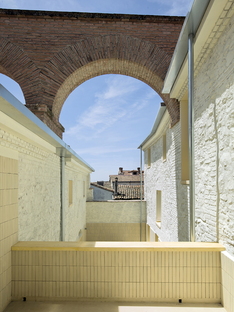 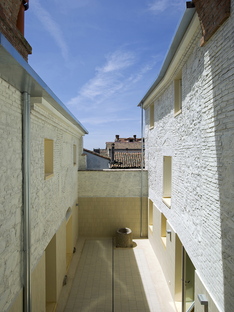 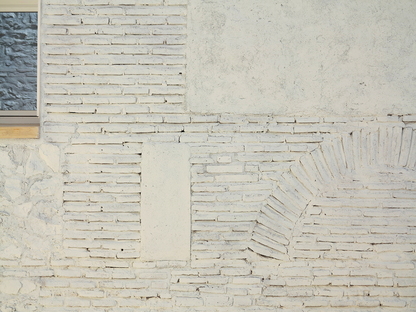 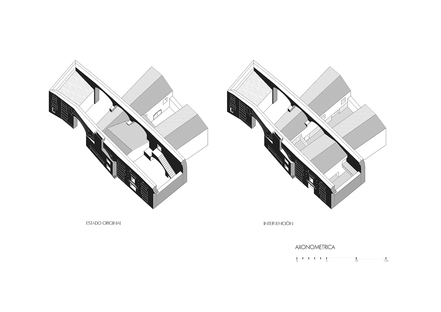 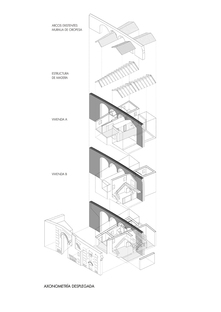 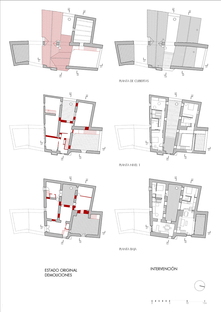