The OPUS 5 Architectes studio has completed the renovation, expansion and compliance project of the Évreux Theatre, in France, also known as the Théâtre Legendre. The new project made the most of the emblematic Art Nouveau building designed by architect Léon Legendre that first opened its doors in 1903, restoring its former glory and allowing the structure to meet contemporary scenographic needs, thanks to the double expansion which provided the theatre with a new and large entrance hall. 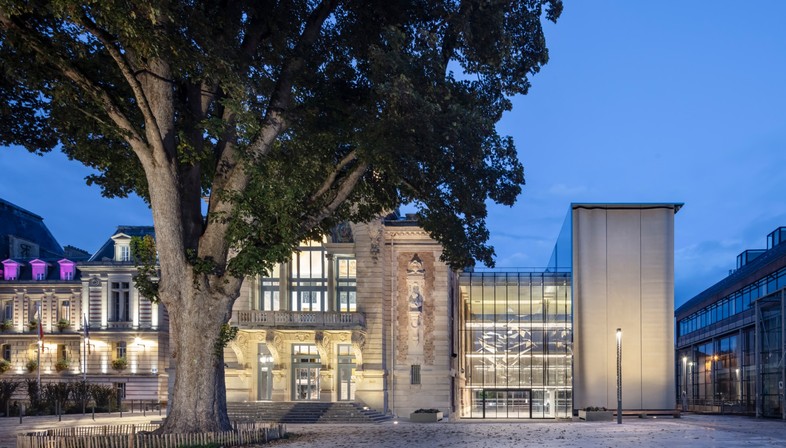 The emblematic Théâtre Legendre building in Évreux (in France’s Normandy region), has been infused with new life thanks to the renovation and expansion project completed by the OPUS 5 Architectes studio, founded by architects Bruno Decaris, Agnès Pontremoli and Pierre Tisserand. The theatre is an Art Nouveau building designed by architect Léon Legendre and inaugurated in 1903. Since 2002, the theatre has been included in France’s list of "Monuments Historiques". A relatively small building, which however includes all the different elements that characterised an Art Nouveau-style theatre. This iconic building has been closed to the public since 2006 as a result of the deterioration of the masonry and of the interior decorations. Moreover, it had also become necessary to adapt the building to the latest safety standards for public spaces and provide it with the elements needed to produce contemporary performances. In particular, the south façade of the building was in complete ruin, with damage from the changes that have taken place over the years, while even the main hall retained a pale memory of its past glory, with decorative elements deteriorated to such an extent that it was necessary to replace them. A new decor was specially designed, an element that became an integral part of the general renovation of the theatre.
Architects from the OPUS 5 found themselves working in a particularly delicate context, creating a contemporary project, but respectful of the pre-existing components, where possible restoring their ancient splendour. On the southern façade, for example, the original aspect ratio was restored, while the brick and flint finishes and the initial openings were also recreated. The renovation project also included an expansion of the original building in order to adapt the structure to contemporary performance needs, as well as to accommodate a number of new features including dressing rooms, green rooms, rehearsal rooms and offices. Fully respecting the pre-existing architecture, the extension completed on the South side is separated from the original building thanks to the fully glazed volume of the new atrium. Inside the atrium, internal pathways have been created using three metal walkways which ensure the connection, at different levels, between the historic theatre and the new building, making it possible to perfectly distinguish the original brick façade from the new one in concrete blocks. A new concrete volume was also designed on the east side of the theatre, behind the stage, to provide a deeper space and make room for a lifting platform necessary for moving the sets.
The walls between the extensions and the theatre, as well as the entire width of the atrium wall are covered with mirrors that perfectly reflect both the original masonry and the concrete walls. The result is to provide observers with unique views of the town hall square, creating illusionistic games with the reflected images. A reference to the very essence of theatre, “where everything is fake but nothing is false” – as eloquently described by the great and recently deceased Italian actor Gigi Proietti – and the distinction between reality and fiction is blurred. 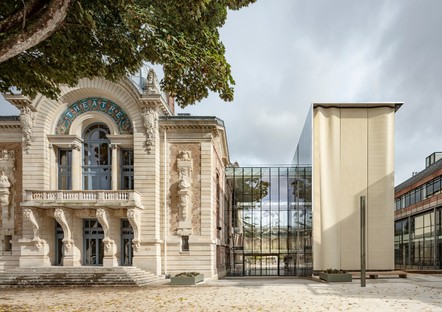 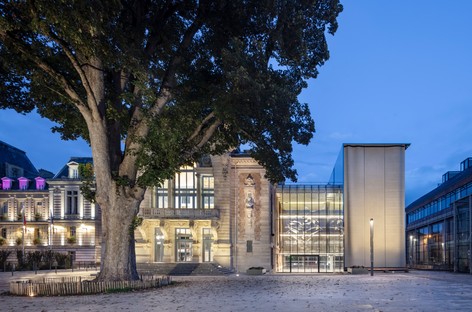 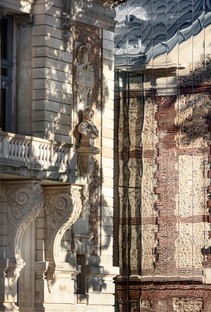 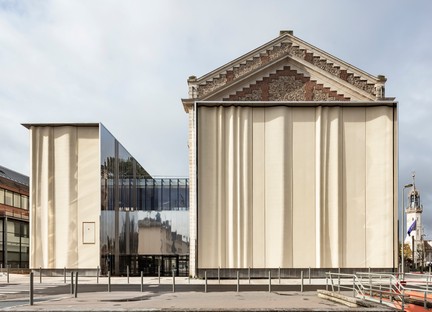 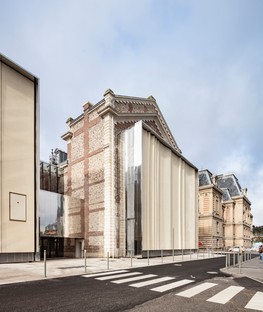 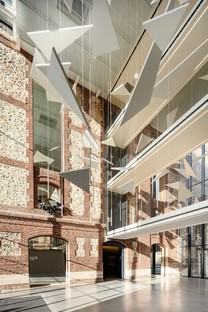 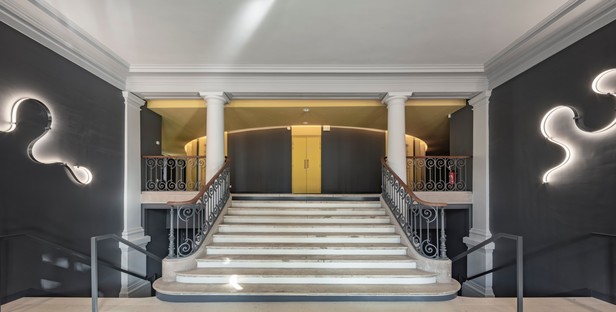 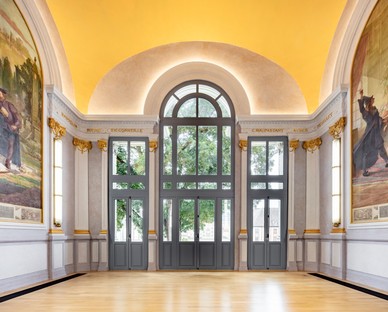 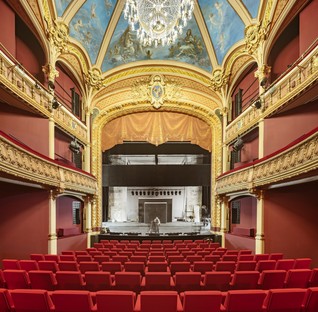 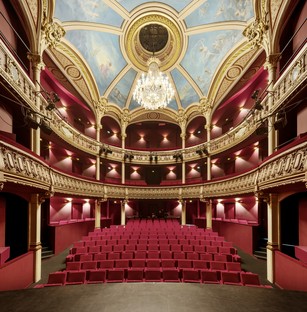 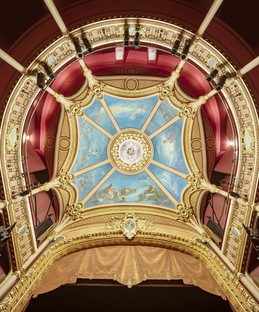 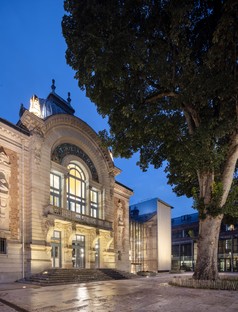