Alexis de Tocqueville Library, designed by OMA and opened on January 13, 2017, is an architectural response to the need of the community of Caen la mer in France for a new kind of public library appropriate for the 21st century, rather than just a larger facility for the city. 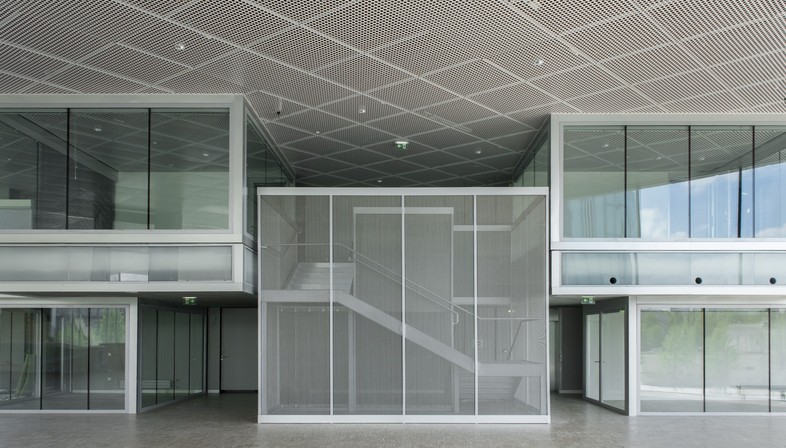 The library as a place for circulating ideas, a place where ideas are built, discussed and shared; a place for defending and reinforcing democracy and individual liberty in an age in which citizens have become numbers and governments are building walls rather than bridges. These are the key concepts inspiring the new Alexis de Tocqueville Libraryin Caen la mer, designed by OMA and opened on January 13, 2017. 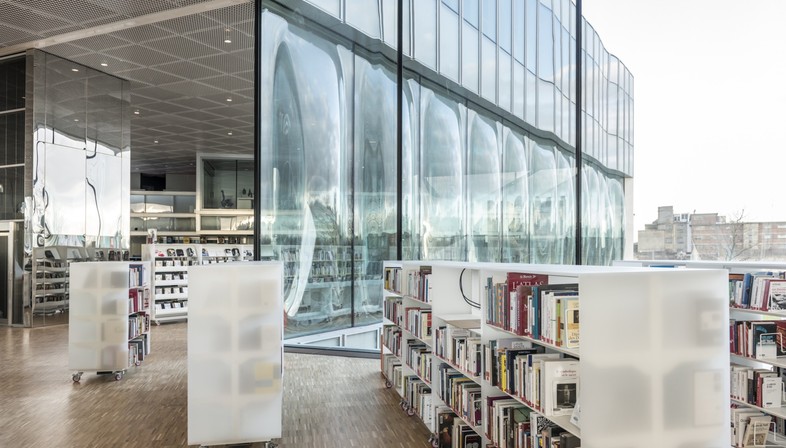 The architects chose to build the library in a St. Andrew’s cross shape, a bold architectural statement that clearly underlines the building’s position as a new civic centre. The library becomes the place where the city’s old centre meets new urban development under a masterplan created by MVRDV in 2013.
The façade is of key importance in this role, alternating clear and opaque glass, with big doors on the ground floor to permit fluid and visual interaction between the library and its surroundings: the nearby park, the waterfront and the pedestrian path. From the upper levels, visitors enjoy panoramic views in all directions, and every arm of the library points toward a symbolic location in the city: the historic sites of Abbaye-aux-Dames to the north and Abbaye-aux-Hommes to the west, the central railway station to the south and the area of new urban development to the east. The four-armed cross shape also permits easy subdivision of the space into four theme areas (human sciences, science and technology, literature, the arts), which come together in the big open area in the centre. An open forum on its urban surroundings, not closed off to the outside, maximising flow between different areas and access to the library’s other functions. 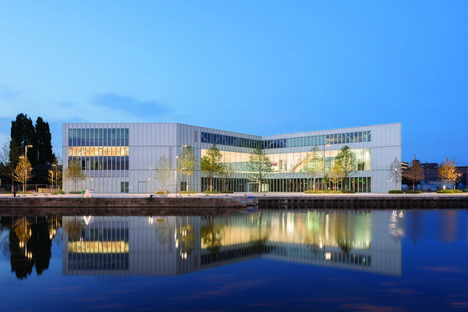 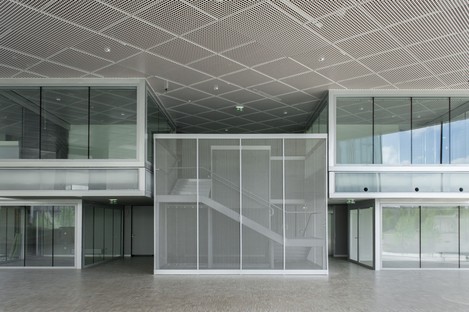 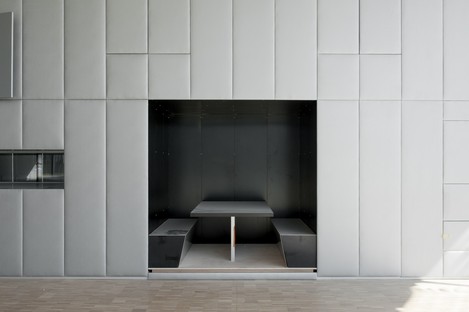 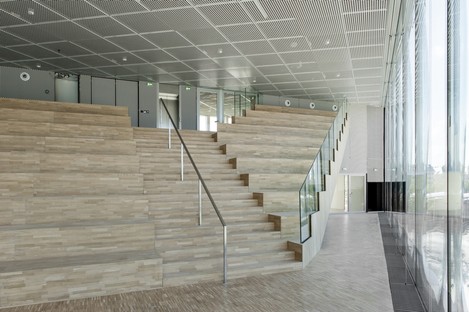 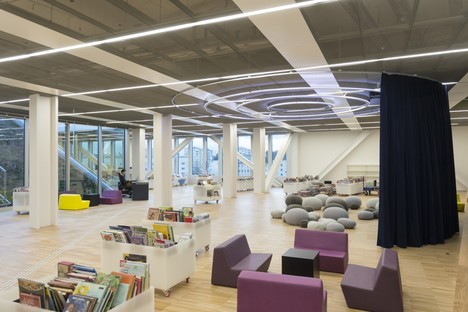 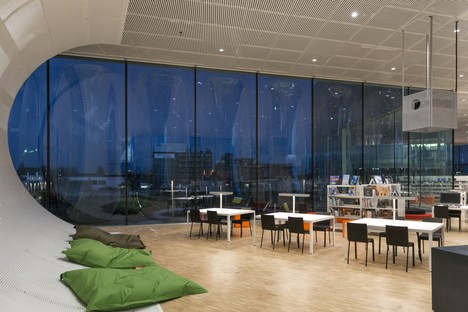 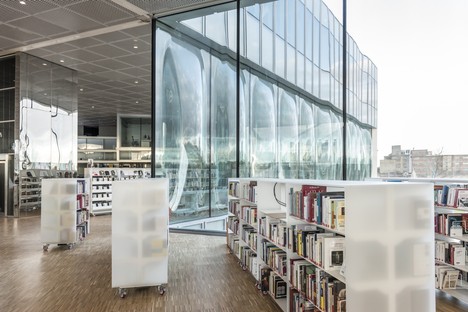 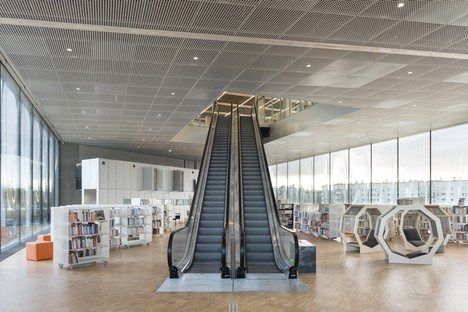 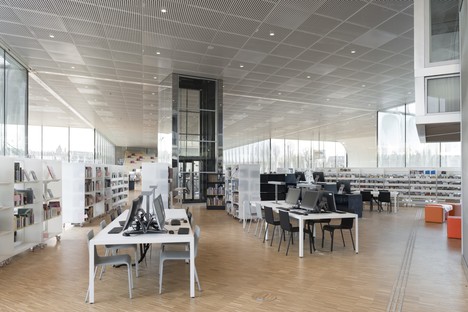 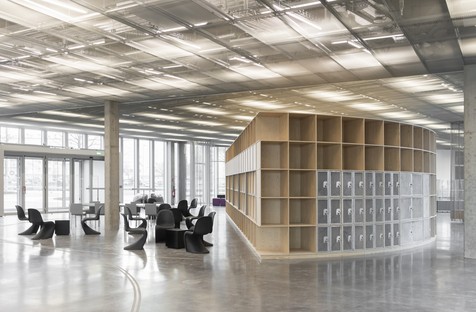