The new refectory for the pre-existing school building of Montbrun-Bocage in France may create a physical barrier, but thanks to the glass façade, it preserves the view over the surrounding landscape. The design by the BAST firm of Toulouse will be given the Emerging Architecture 2019 award at the Mies van der Rohe Awards. 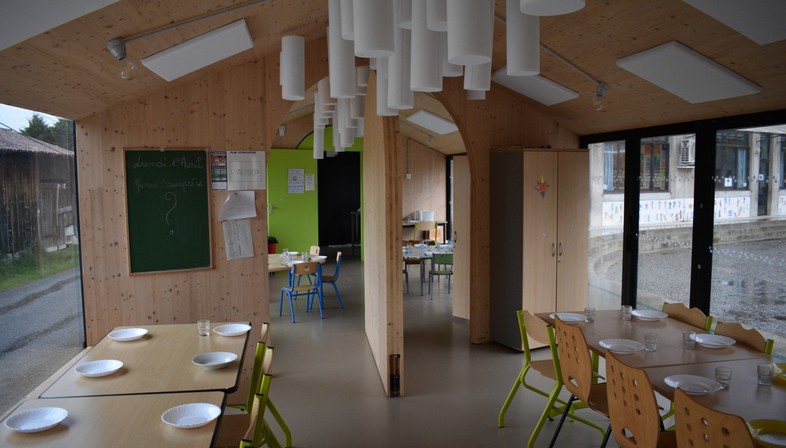 The winners of the 2019 Mies Van Der Rohe Award and the Emerging Architecture prize, awarded by the European Commission and the Fundació Mies van der Rohe for contemporary architecture built on European soil, once again set their sights on highly popular issues which are key in the international architectural debate: the urban regeneration of social housing, and with this, the large reinforced concrete buildings constructed in the 1960s, the architecture of small rural towns where the relationship with the landscape plays a fundamental role which cannot be overlooked, and indeed, must be developed.
This second theme is particularly relevant to the winner of the Emerging Architecture / Architecture émergent 2019 prize, the design of the new school canteen in Montbrun-Bocage, a small town near the Pyrenees in the department of Haute-Garonne, France, created by the BAST firm of Toulouse. 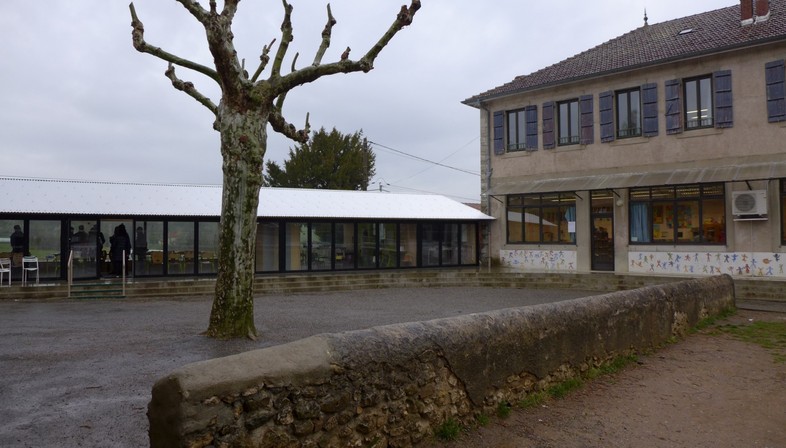 BAST is the acronym for Bureau Architectures Sans Titre, the architecture firm founded in Toulouse by Louis Léger, Laurent Didier and Mathieu Le Ny, associated with Jean-Baptiste Friot and Yann Chereau.The three young architects created a design that perfectly embodies the firm’s mission, or more simply, the maxim that characterises all of their work: “Un projet n’est pas une envie d’auteur mais une suite logique de choix” (a project is not the desire of an author, but a logical sequence of choices).
The project with which BAST won the Emerging Architecture prize is the new school canteen for Montbrun-Bocage, a small town in Haute Garonne - a region of Occitania which has a population of just under 500 inhabitants and which is located near the French Pyrenees. The new canteen is an extension of the small school complex of Montbrun-Bocage currently dedicated to 61 young pupils, the client being the town of Montbrun-Bocage itself. The architects designed a structure that closes off the courtyard of the existing building so as to create an enclosure and delimit the open space where the children can play. At the same time, the new building - which ideally separates the classrooms from the meadows - is a physical boundary but not a visual one. Made with wooden interior walls and a wooden ceiling, and fully-glazed perimeter walls, it does not block the view of the surrounding landscape. A rational and essential little building which is a cohesive part of the complex and which also solves some topographical problems by improving the internal routes within the school site. 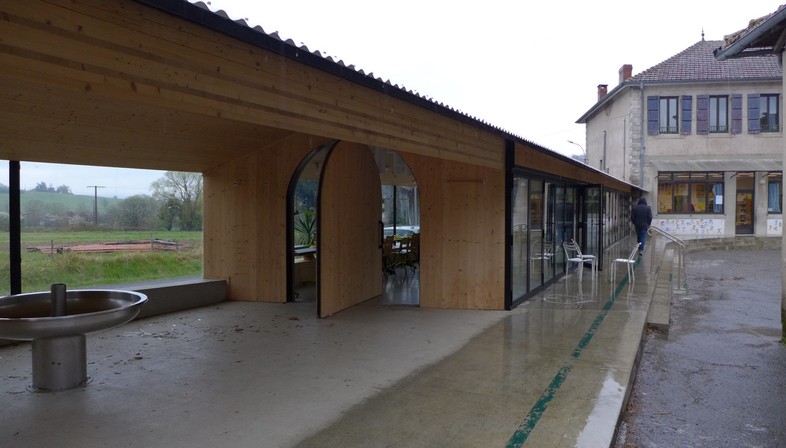 The jury of the European Union Prize for Contemporary Architecture was greatly impressed by the design and executional choices of the BAST firm. A limited-budget project brought to life with the utmost care, precision, and a great deal of attention to the rural setting into which it has been inserted. As regards the simplicity of the construction, Benjamin Aubry, architect and expert of the 2019 Mies Van Der Rohe Awards, noted how the architects of BAST created vast spaces full of poetry, yet extremely practical at the same time. 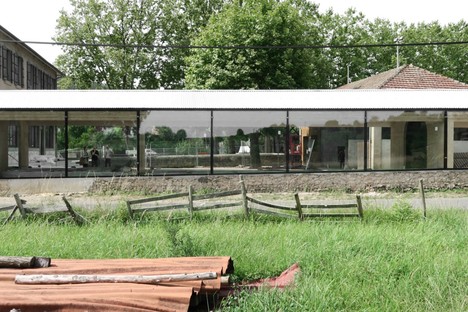 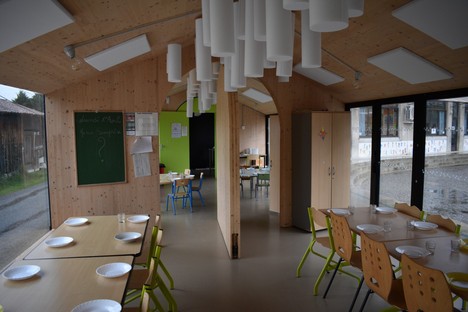 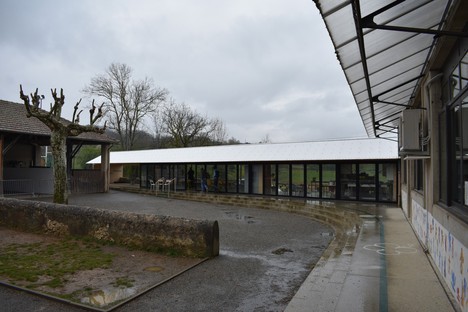 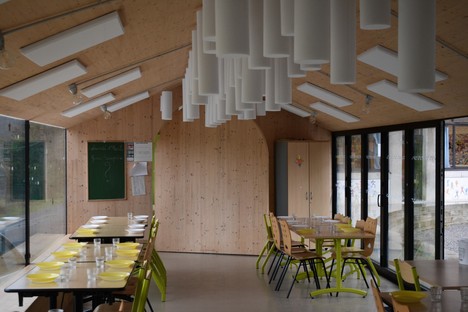 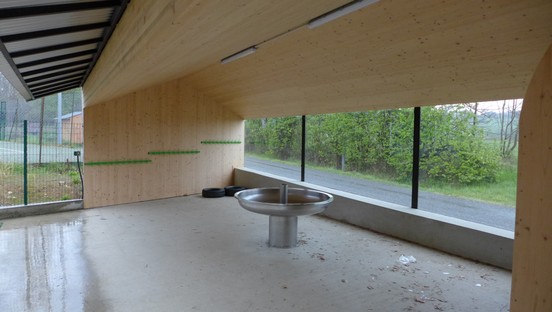 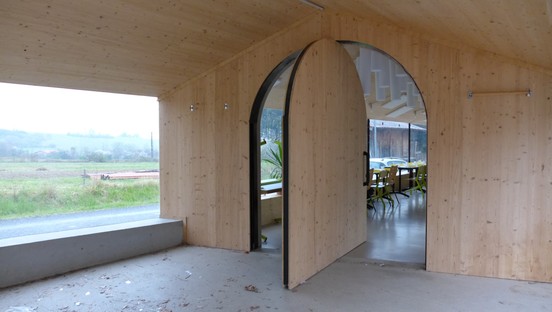 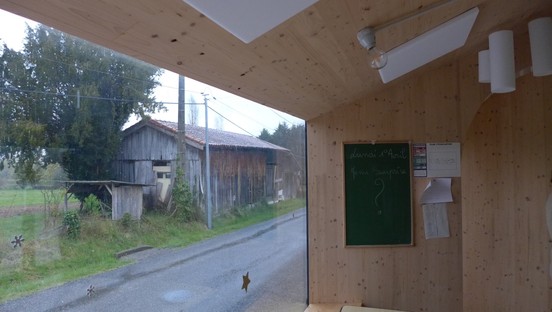 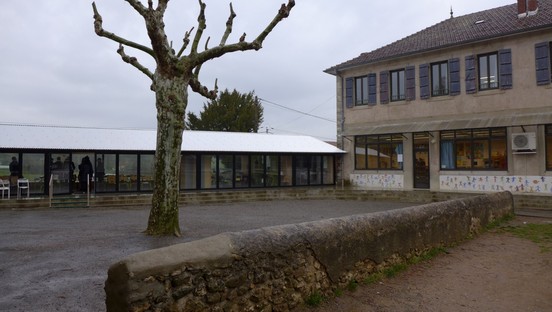 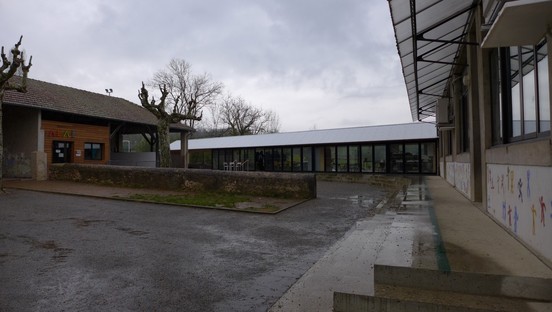 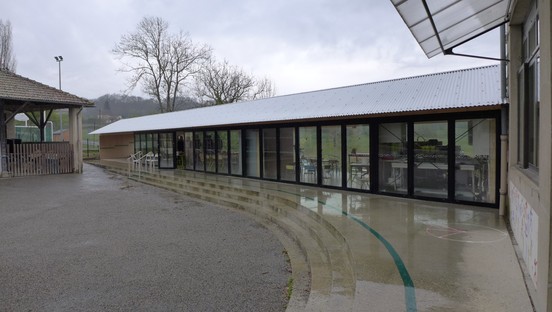 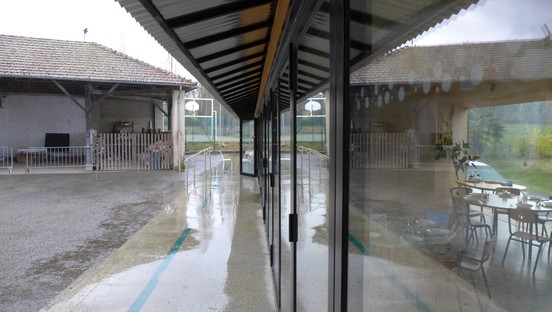 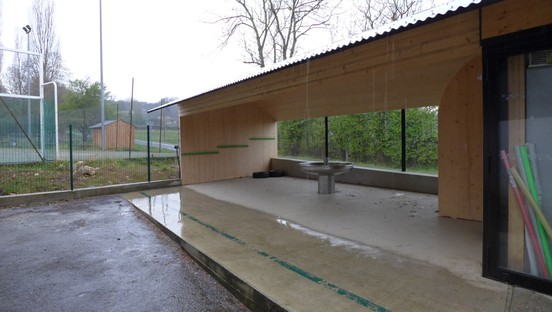 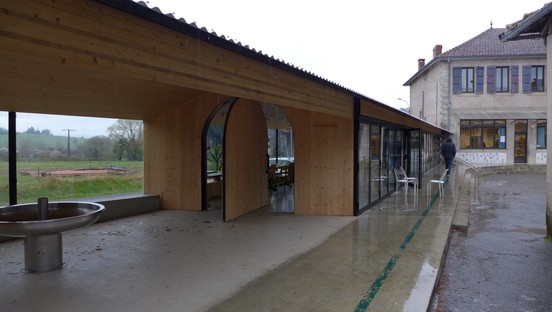 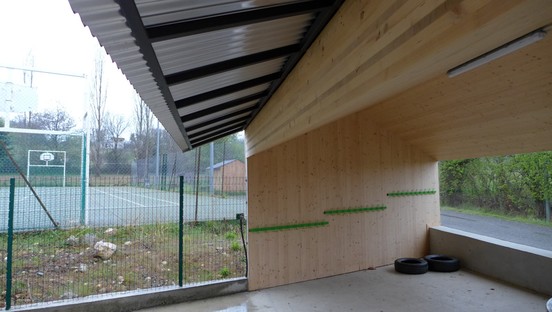 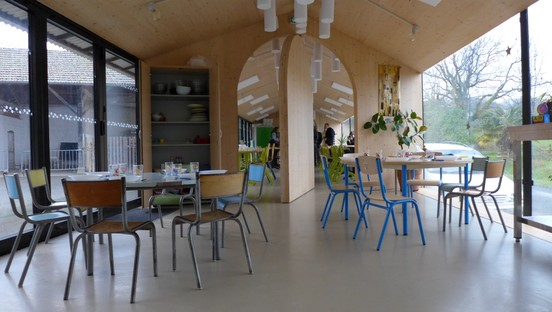 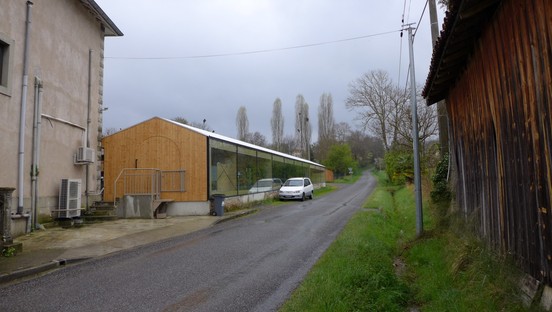 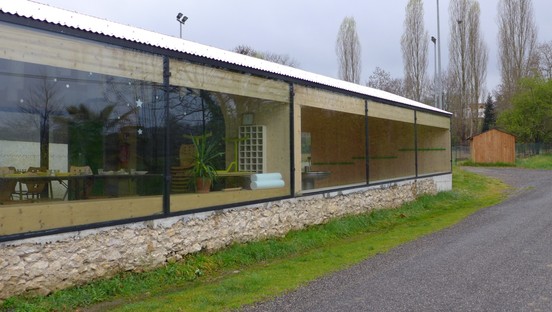 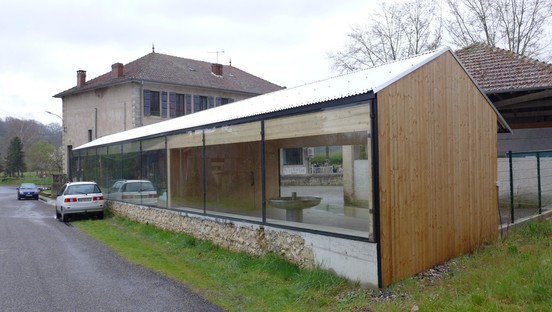