The project created by the Sportium consortium, a team of professionals composed of Progetto CMR, iDeas, B&L Real Estate and Manica Architecture, was chosen by Cagliari Calcio for its new stadium. The project by Sportium won over other two finalist projects, Tractebel-Engie’s Gau Arena, and J+S’s One Works. 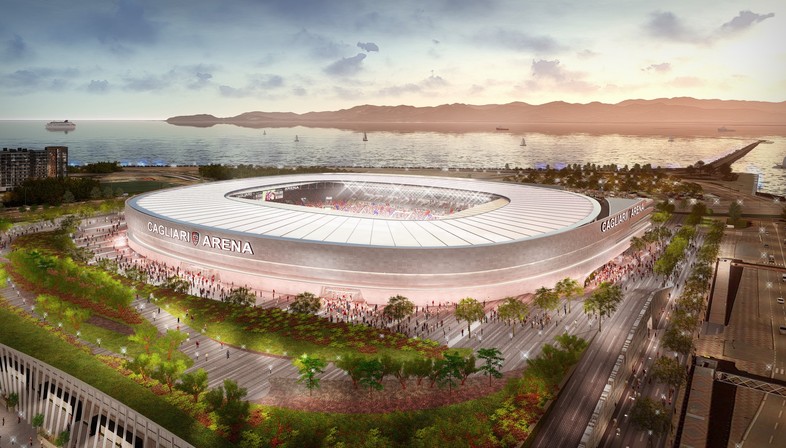 Fans, institutions and media were involved in the decision-making process which led to the choice of the Sportium consortium for the realisation of the new stadium of Cagliari Calcio.
After the first selection phase, only three candidates were chosen out of the 25 initial proposals: Tractebel-Engie with Gau Arena, J+S with One Works and Sportium (Progetto CMR, iDeas, B&L Real Estate and Manica Architecture). The finalist projects were presented during a press release and exhibited at the Sardegna Arena from 01 to 09 March 2018. The fans, involved through the exhibition and the related social media, expressed their preference through a series of quantitative and qualitative questions which led to the selection of the project by Sportium. 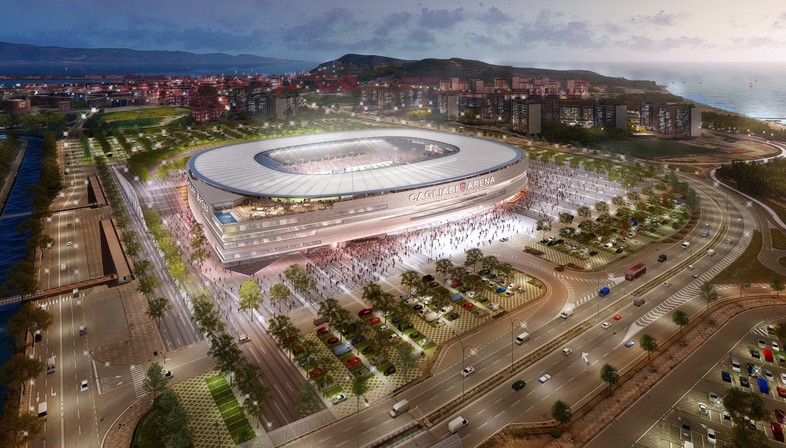 Not only was the Sportium project chosen by the over 5,000 fans who visited the exhibition or expressed their preference on-line but also it was the one which received the highest score with regard to technical parameters and assessment of the environmental impact. The attention to eco-sustainability was one of the fundamental elements on which the project was based. Indeed, the architects took in great consideration the natural context of the chosen area and the town planning-related aspects of the building within its context; also, they planned to use the materials resulting from the demolition of the old Sant’Elia stadium for the new stadium.
The Sportium consortium is composed of a team of established professionals: Progetto CMR, by architect Massimo Roj, iDeas, B&L Real Estate and Manica Architecture, the studio founded by US architect David Manica, creator of stadiums and arenas in different parts of the world. The building proposed by the designers for the new stadium of Cagliari Calcio is a great, solid and elegant structure, cladded by a material that, thanks to its aesthetics and colours, recalls the local limestone which, over the centuries, was used to build the buildings of Cagliari. It will become a new landmark and a new icon for the city. With its volume, it will be perfectly integrated in the surrounding environment and the city, recalling its peculiar colours and materials. The concept developed by architect Massimo Roj, of Progetto CMR, was presented to the clients at the end of February 2018 and also includes the construction of a 72-room hotel inside the stadium, with a swimming pool facing the sea, a commercial area, a bar and the museum of the Cagliari Calcio club.
The new stadium will have capacity for 25,200 people. The number of available seats may however be extended to up to 30,000, to host the semi-final of the Champions League, international championships, or the European Football Championship 2028. The structure proposed by the Sportium consortium is inspired by the characteristics of the English stadiums, where the spectators are just seven meters away from the pitch and the safety and security of spectators and athletes is entrusted to innovative, cutting-edge solutions.

Flexibility and sustainability, a perfect integration in the environment and a strong link with the context are the very strengths of the project. The new complex will be, first of all, a stadium created to make sure that the fans may enjoy a perfect view of the game and that their need will be met by complementary and multi-purpose services and spaces that will allow the stadium to be used and experienced all year round. 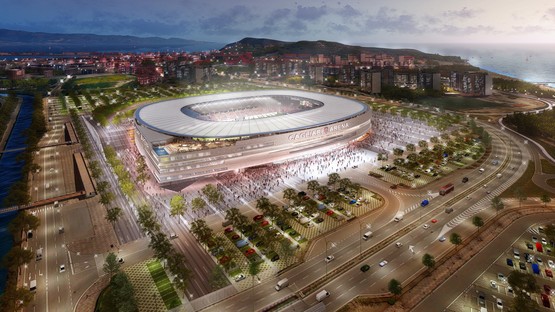 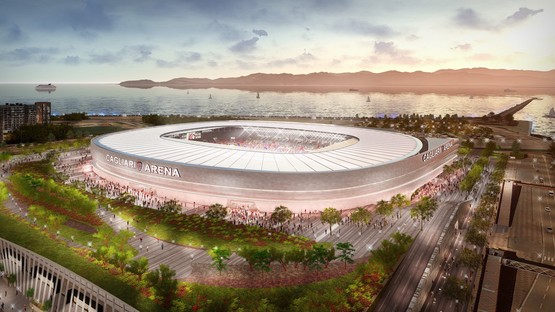