Schindler City, the Schindler Group’s headquarters and research centre in Shanghai, is designed to be a stronghold of production. In Jiading, a growing industrial district north of Shanghai, Neri & Hu designed gardens and plazas in an enclosure of recycled brick walls. 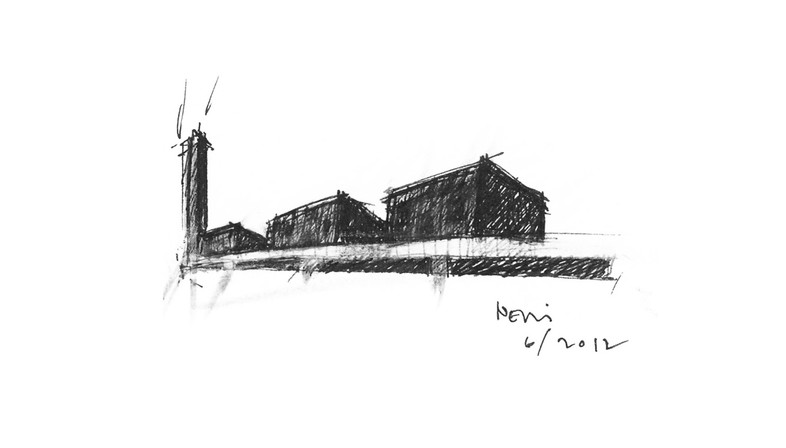 Schindler City is not a geographical name, but it could be, in the minds of Lyndon Neri and Rossana Hu, the architects who won the Schindler Group’s design competition for its new office complex near Shanghai.
The Swiss company has expanded over the years to become a multinational maker of elevators and escalators all over the world. The Group needed new management offices with 600 workstations and a research centre for its big production plant in the Jiading area north of Shanghai, and aimed to build a space with a strong identity that would stand out in its industrial surroundings.
Neri & Hu built an office complex measuring more than 30,000 square metres fitting into the company’s masterplan for new warehouses and production facilities. Jiading is a growing industrial zone with a grid of connecting streets between big factory blocks. The idea of building a stronghold of production made up of architectural elements which are functional but also serve a social purpose was the architects’ starting point. They concentrated on the idea of overcoming the sense of isolation produced by the grid of new, often anonymous buildings in the industrial zone, which are accessible only to motor vehicles and have no rational relationship with one another.
Schindler City’s architectural design integrates elements of landscape and public space throughout the new office area. Facing onto the public road separating the two production plants in the masterplan, the company’s headquarters attract attention and join rather than dividing, serving as a space concentrating the company’s external and internal relations.
Lyndon Neri and Rossana Hu note that the arrangement of vertical office blocks typical of major urban agglomerates had to fit into the city and its imagery made up not only of buildings that stand out visually but also of plazas, gardens and informal meeting-places. The single element unifying the entire complex is, as in many of Neri & Hu’s architectural projects, a brick podium, a single belt of grey bricks, laid in different patterns like the walls of an ancient city. This belt encloses the functional office area, the tower where elevators are tested, and the R&D department, aligned along the street and positioned between the two production plants.
The grey brick podium achieves social integration, an aspect recurrent in the works designed by the duo of architects, contrasting the trend toward isolation which they see as a dangerous problem of our times. It is used, for example, in Tsingpu Yangzhou Retreat, a hotel and cultural centre, where the ruins of farmers’ and fishers’ homes have been restored and surrounded by a belt of walls generating a superior unity, or in the access routes to Shanghai’s Suzhou Chapel, which is also a sort of podium, where people meet to walk together to the place of worship.
Grey brick/strong>, a common building material in China, reclaimed from previous constructions on the site, is a constant linked with both the need for ecological sensibility and the need to preserve a link with the past, with historic buildings and their particular appearance. The choice of an irregular laying scheme which is different in different areas suggests the stratification resulting from time and transformation. For these reasons, Schindler City appears familiar, managing to be a place and centre of aggregation in a place where anonymous constructions are the rule.
Beyond the brick wall stand three identical office towers, with a fourth, much taller tower containing the elevator testing facility and another volume aligned with it, containing the Research and Development division. At street level, the complex includes a cafeteria for the 600 employees who work on the site, a 200-seat auditorium, a series of coffee shops for employees and 7000 square metres of gardens with pedestrian paths linking various different functions.
The grey brick of the majestic base contrasts with the glass and metal façades of the tower blocks. The offices offer an image of modernity and minimalism, the architects’ subtle reference to the Schindler Group’s Swiss background.
The multinational’s headquarters obtained LEED Gold certification thanks to a series of choices: as we have mentioned, the new façades are built out of more than two million recycled bricks from old Chinese buildings. The construction has a latest-generation GES Ground Energy System which produces cold water for cooling in summer and hot water in winter. The HVAC system is integrated with the cooling system to save considerable amounts of energy (> 25%) compared to a conventional HVAC system, and wastewater is collected to irrigate the gardens. 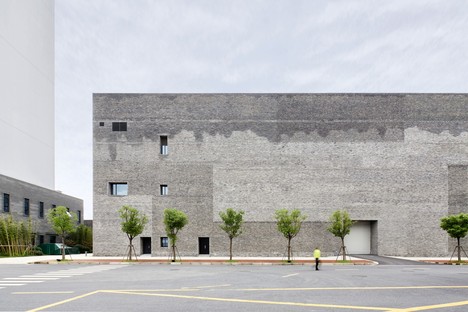 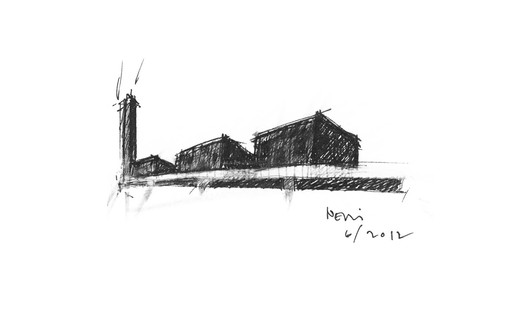 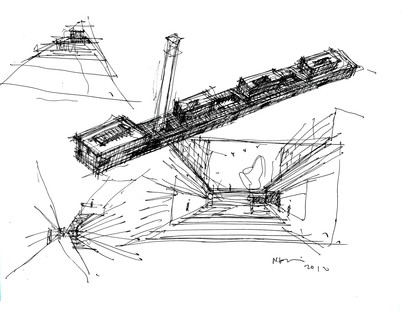 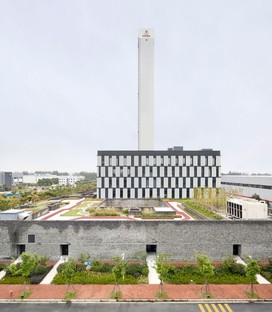 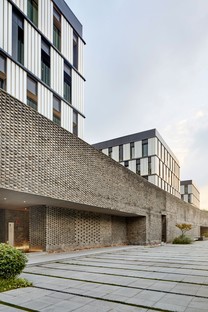 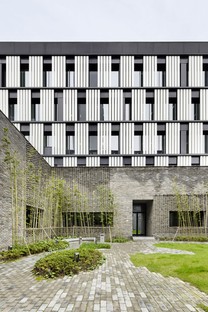 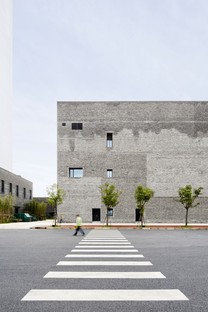 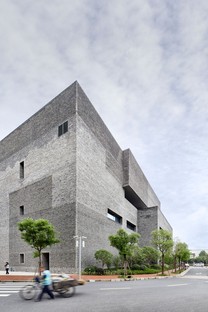 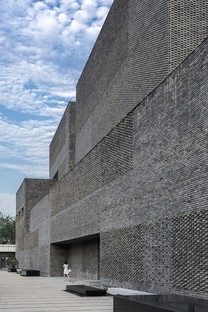 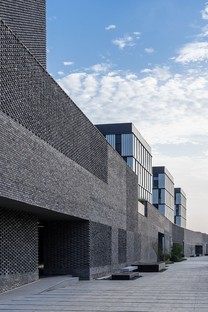 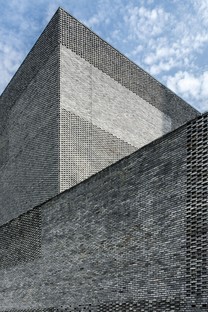 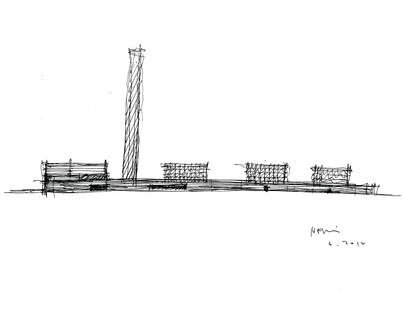 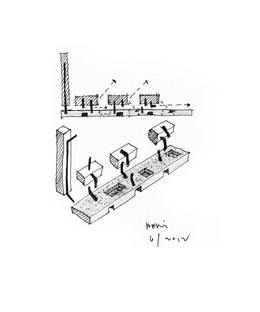 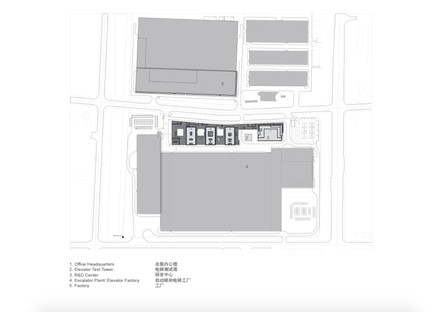 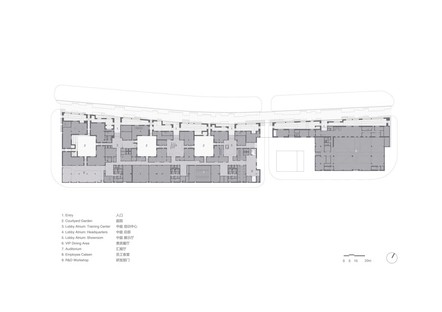 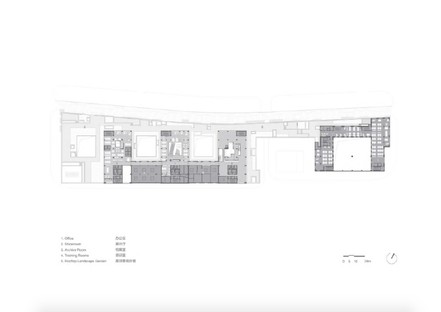