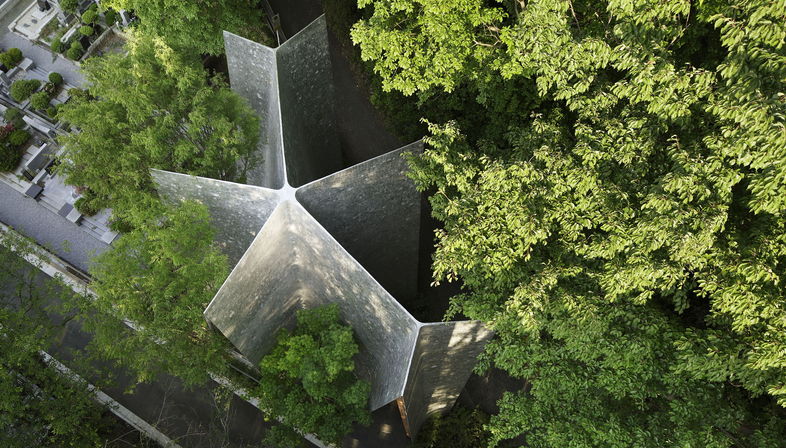 Hiroshi Nakamura & NAP draw their inspiration from traditional Japanese buildings in this small sacred building located on an important natural heritage site. The most important feature of the Sayama Forest Chapel, constructed close to the lake of the same name, is its roof, with a constellation design representing a new evolution of the traditional “gassho” roof.
“Gassho” is the Japanese word for the salutation with hands joined in prayer, and “gassho-zukuri” literally means “building with hands in prayer”. The village of Shirakawa-go, in the forests of the Prefecture of Gifu, a UNESCO World Heritage site since 1995, is famous the world over for its steep “gassho-zukuri” roofs made of wood and straw.
In addition to its bonds with cultural traditions, Sayama Forest Chapel is a highly symbolic building in which the construction clearly becomes a gesture, underlined by nature, especially where it is preponderant, as in this case.
The hills of Sayama, extending northwest of the city, provide Tokyo with a rare oasis of greenery and the majority of its water supply. Made up of four big municipal parks, Sayama, Hachikokuyama-ryokuchi, Higashiyamato and Noyamakita-Rokudoyama, around the wooded water reserve of Lakes Tamako and Sayamako, the area abounds in rare plant and animal life. By Lake Sayama, a man-made lake created in 1934, is Sayama Lakeside Cemetery, containing the tombs of people of many different religions, on the north-south axis of which stands the new chapel designed by Hiroshi Nakamura & NAP. It is surrounded by maple trees, and the forest beyond them, as if this building with its triangular windows on each side offered multiple points of access. The building’s surface forms a triangle, drawn by hands with the fingertips joined in prayer, multiplied six times to form a ring-shaped layout with a wooden roof about eight and a half metres high. The wave of the roof is made up of 251 larch plywood elements, all different in length and angle; this series of parts expresses the architects’ sensitivity to the details of the construction, the form of which is easily comprehensible, very similar to the common image of a Japanese home. A silvery mantle is laid over the entire frame, so that it forms a single body, though upon closer observation it is revealed to be divided into thin strips of aluminium only 4 millimetres thick, not anodised, but bent one by one by hand by local craftsmen to adhere as closely as possible to the ”wave” of the roof. Their irregular overlapping, the differences in the size of each piece and the different angles of the light transform the roof from an artificial manufacture into a “natural” being.
In addition to the two entrances to the west, the irregular floor plan includes an altar facing the window on the southern side and a few slender benches diagonally oriented toward the north. The space is largely empty, but it is filled by the presence of the timber roof, the steep sides of which attempt to change into tree trunks and blend into the forest around them. 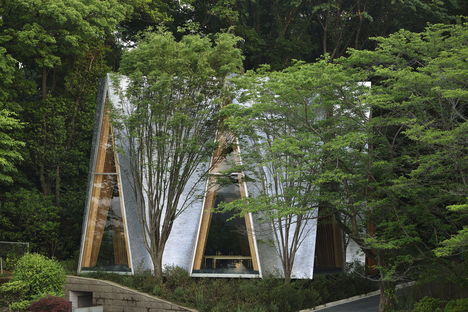 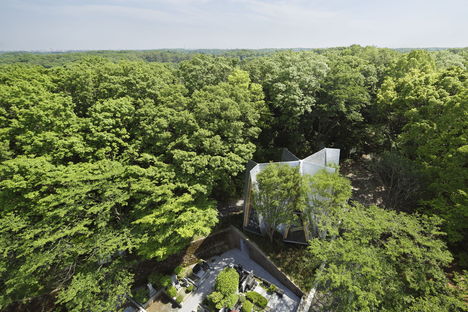 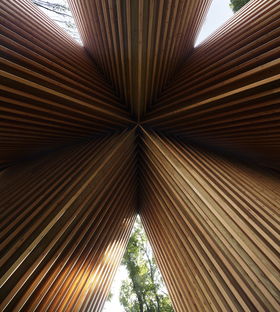 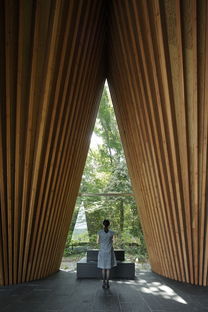 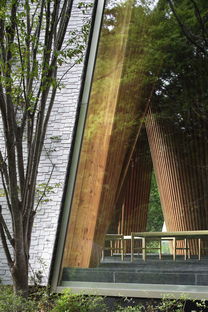 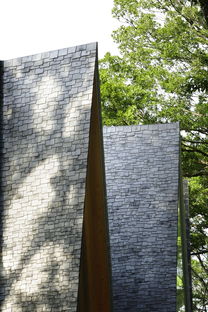 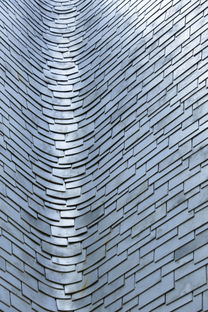 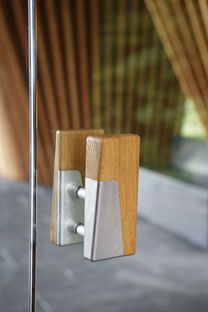 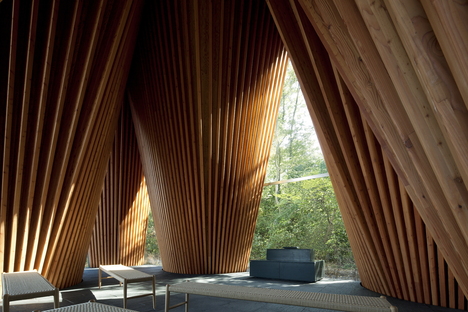 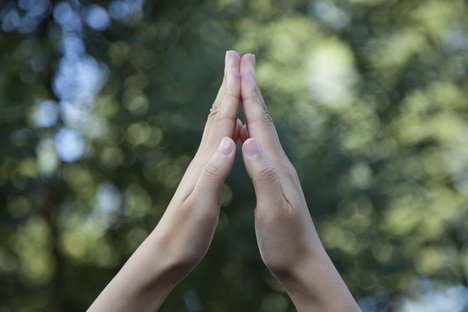 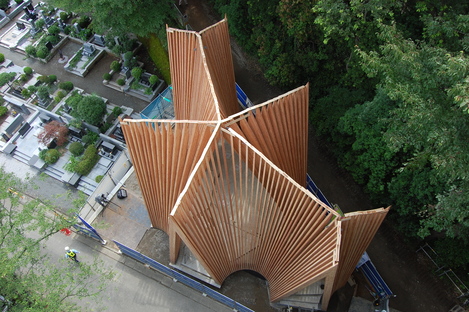 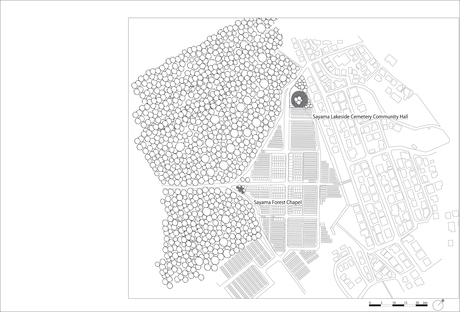 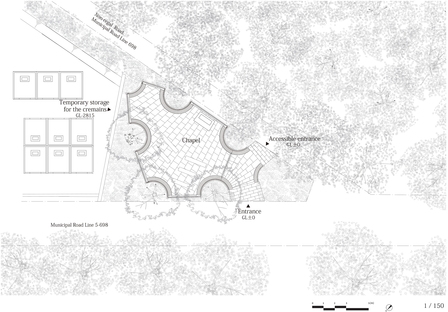 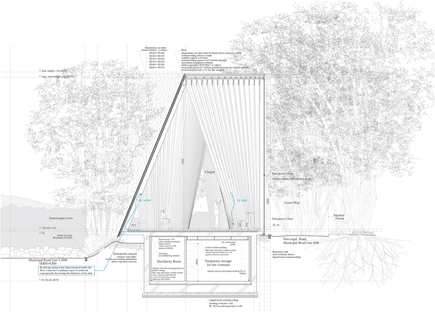