Block G, a recently completed mixed-use building designed by the Paris studios of Moussafir Architectes & Nicolas Hugoo Architecture, is part of a major urban regeneration plan known as Chapelle International, currently underway in the 18th arrondissement in northeast Paris. The new building contains a number of lodgings built on the basis of the innovative SOHO, or Small Office Home Office, concept. 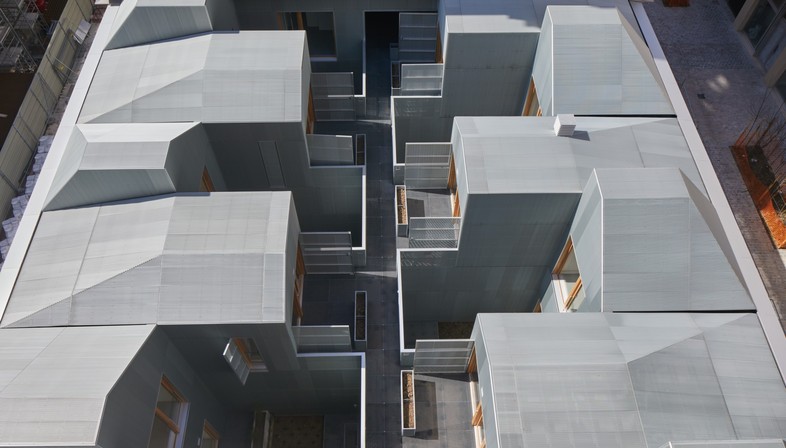 A major urban renewal project is underway in an abandoned railway logistics yard in the 18th arrondissement in northeast Paris. The masterplan for the seven-hectare area will produce a whole new district, Chapelle International, a centre for urban, social, environmental and technological innovation. Work has been underway on the project for several years, and by 2019 the neighbourhood was ready to welcome about 1500 new residents and businesses; it is due to be completed by 2030. The blocks in the Chapelle International masterplan were assigned to a number of architectural practices through design competitions; Floornature has already presented some of them, such as the towers in block E designed by Brenac & Gonzalez & Associés and MOA Architecture. Block G was recently completed to plans by the Paris studios of Moussafir Architectes & Nicolas Hugoo Architecture.
While sharing a number of features with the other blocks, the project by Moussafir Architectes & Nicolas Hugoo Architecture offers residential units of different types, including atypical housing for students, researchers and young workers or small enterprises: homes built on the basis of the SOHO or Small Office Home Office concept, hybrid units combining a workspace with living space.
Block G consists of three main volumes sharing a number of common architectural principles, such as compactness and geometric severity, or differentiation and identification of the apartments. The three volumes are: a shared base for the entire block of SOHO units and commercial spaces, which, as the architects say, respond to the idea of "a unitary lower world" and ensure that the complex is integrated with its surroundings, and two residential towers rising out of this base, described as "a highly diversified upper world".
The SOHO units designed by the architects in the base are residential units on two levels, like townhouses, each with its own private outdoor space, such as a terrace or small patio, staggering the units to ensure that daylight penetrates right into the heart of the new block.
Tower G1 was designed by Nicolas Hugoo Architecture and Tower G2 by Moussafir Architectes. With different façades and heights, the two volumes respond to the same distribution criteria: the architects concentrate vertical links in the central core of the two volumes, with living functions arranged around them in concentric circles. The apartments are accessed from the centre of the building, with utility areas and all the smaller rooms positioned close to the entrance. Larger rooms such as the bedrooms and living room are arranged in an ideal circle around this central core, along the façades; this ensures that the principal spaces where people spend the majority of their time enjoy direct contact with their surroundings and with the landscape, as well as optimal natural lighting and comfort thanks to the large windows. 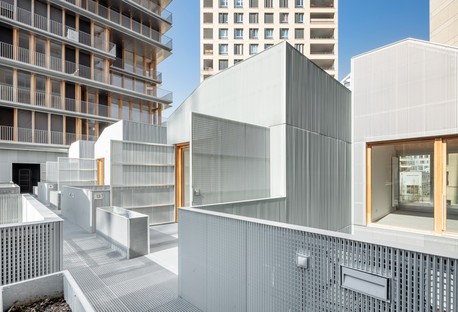 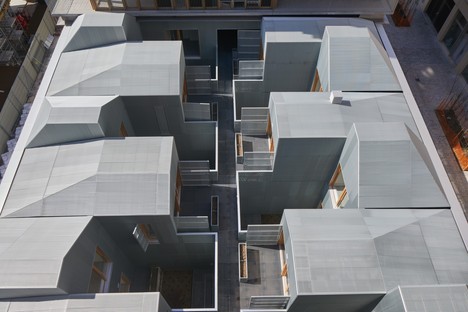 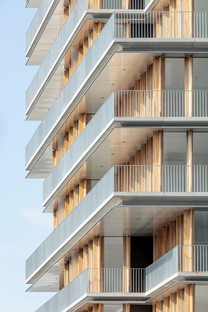 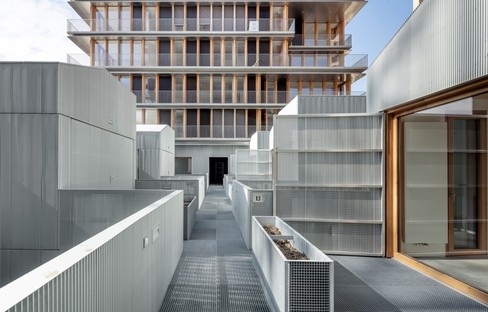 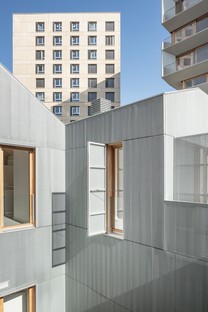 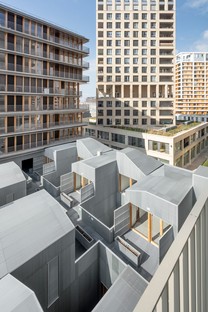 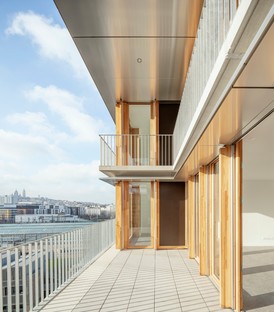 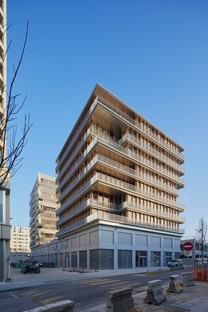 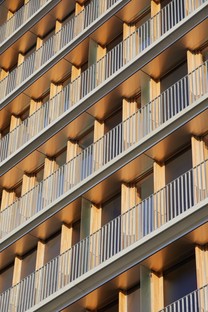 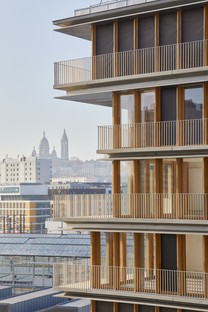 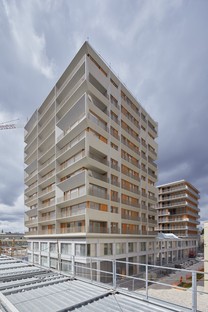 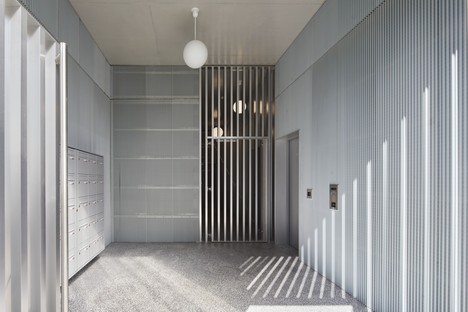 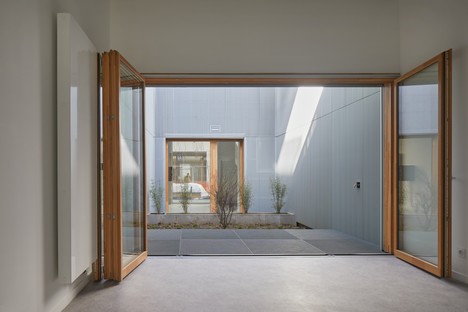 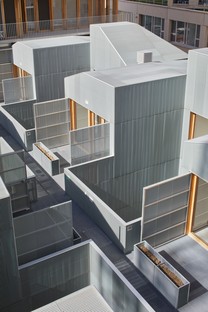 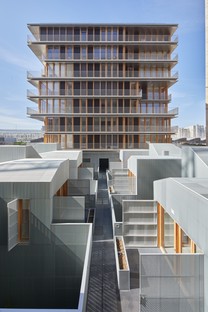 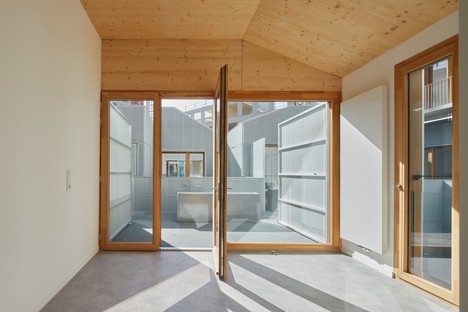 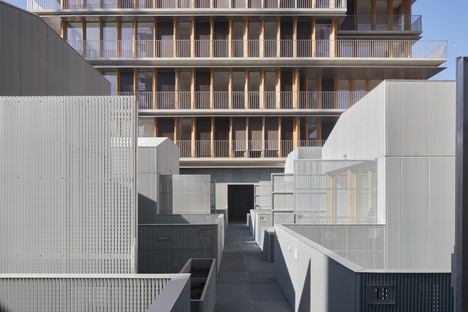 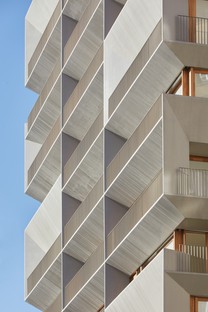 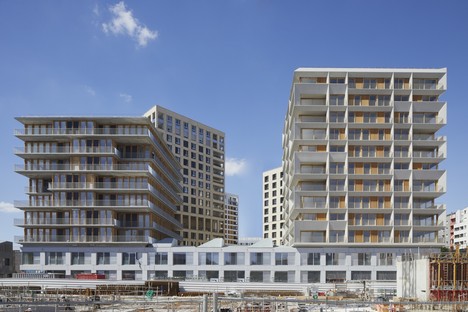