On June 4, the museum of the Novacella Abbey was inaugurated, following the completion of the renovation works designed by MoDusArchitects, consisting of the new entrance and the extension to the museum complex. The architects had the challenging task of working with a highly heterogeneous structure, with elements dating back to the different architectural eras of the abbey and, thanks to the incisive work carried out, they were able to create a harmonious new space, with a view towards the future. 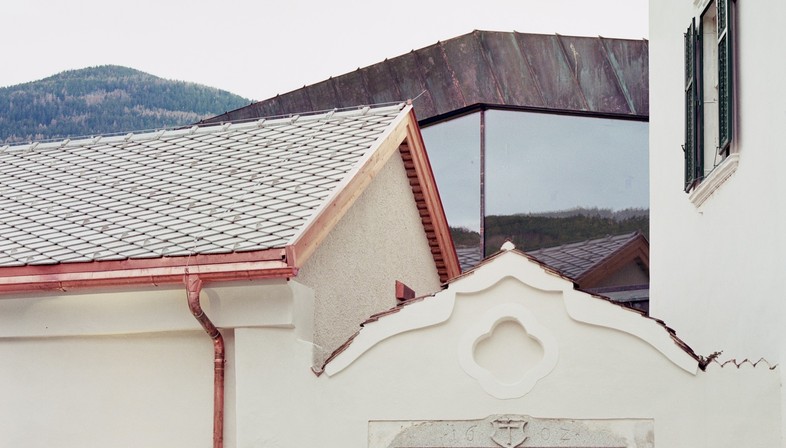 Not far from Bressanone, in northern Italy, in the beautiful Eisack Valley planted with endless rows of vineyards, stands one of South Tyrol’s most important architectural complexes: the Novacella Abbey. Founded in 1142, the abbey complex presents itself as a small self-sufficient village, where each building originally had and performed a specific task: basilicas, chapels, mills, shops, cellars and farmhouses. Thanks to the intervention carried out by the MoDusArchitects firm, a part of this historic nucleus has been transformed and, on June 4, the new Museum of the Novacella Abbey opened its doors to the public. With utmost respect for the past, while at the same time adopting a contemporary language, the architects have created a system of paths that connects the secondary structures to the seventeenth-century wing of the Abbey Library, creating both the starting point, as well as the point of arrival for the museum visit. The project consisted of three distinct demolition, renovation and restoration interventions which, in particular, concerned three structures that are part of the complex.
The first building, a former agricultural warehouse, was transformed into the new museum entrance. The architects created a double-height space, suitable for the entrance hall, demolishing part of an attic and retaining part of the mezzanine as an exhibition hall. The atrium accommodates the ticket office, some display cases and a number of large copper, glass and wood chandeliers, designed to interact with the restored wooden trusses of the roof and the rough plaster of the walls.
From the entrance, visitors make their way outside to begin the tour, which crosses the Abbey cloister and continues inside the monastery, up to the upper floors of the 18th-century library, concluding by heading back down to the entrance, across the bridge and the grand staircase. The second building, originally used as a lavatorium, in fact was the subject of an extensive restructuring effort. The architects designed a majestic staircase flanked by the lift tower, which creates the vertical connection with the old wing of the cloister.
During the visit, the public makes their way across the new bridge structure which, thanks to a large window, provides a glimpse of the rooftop of the former agricultural storehouse, towards the Sant'Angelo Chapel, as well as offering panoramic views of the Abbey spaces and the surrounding landscape. This new bridge, clad in blackened copper, emerges from the roofs of the buildings of the abbey complex, making the presence of the extension apparent from the outside. The third and final structure has been restored to host events and seminars on the ground floor, as well as providing a space for temporary exhibitions and a choir room on the upper level. The project was accompanied by the artistic intervention carried out by Paul Renner on the metal cladding of the lift tower. The work enriches the museum project with a romantic and imaginative interpretation of the hortus sancti augustini contrasting, yet without in any way disturbing the sober lines of the interior finishes and furnishings. 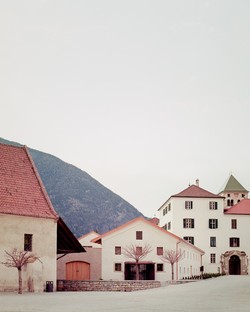 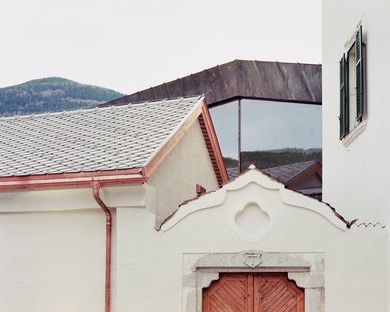 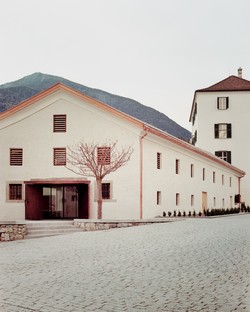 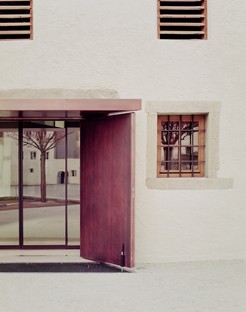 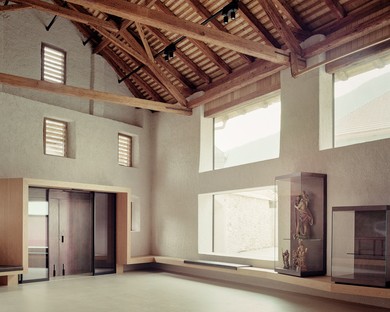 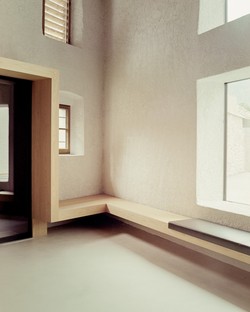 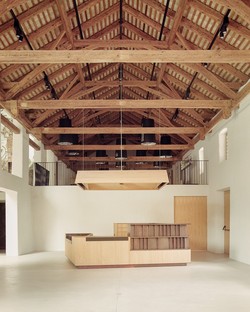 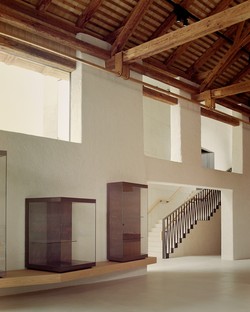 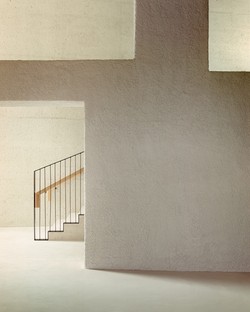 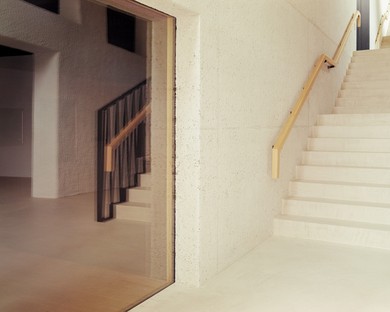 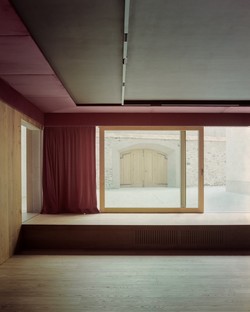 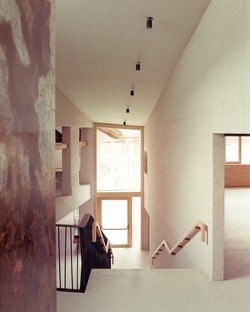 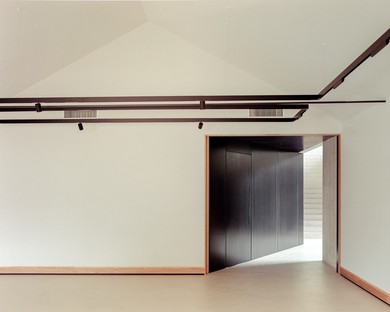 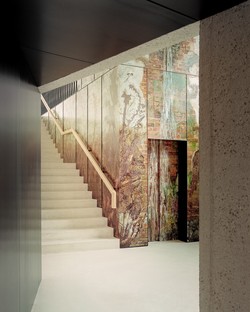 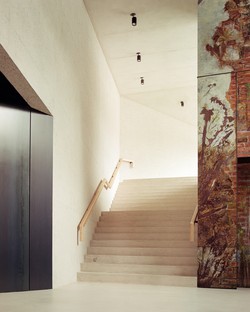 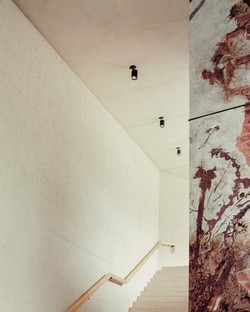 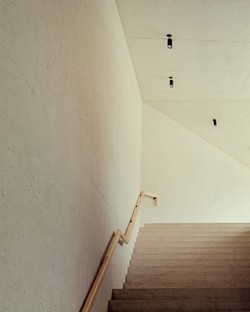 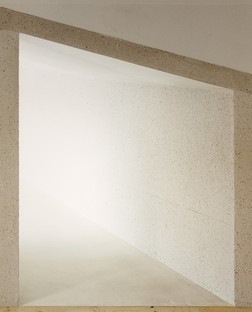 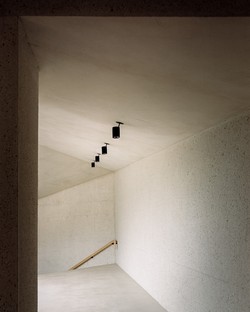 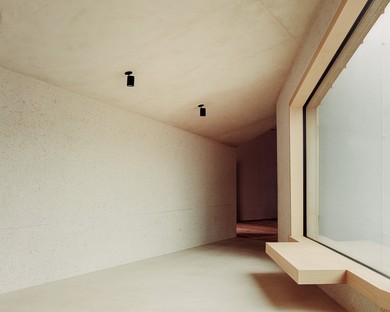 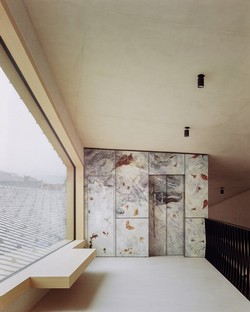 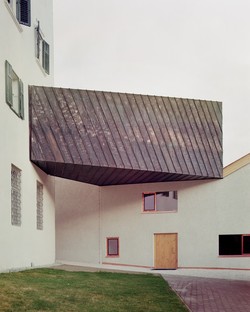 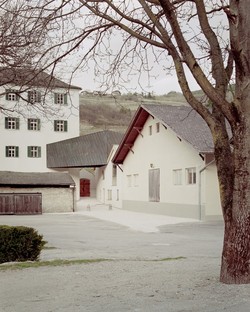 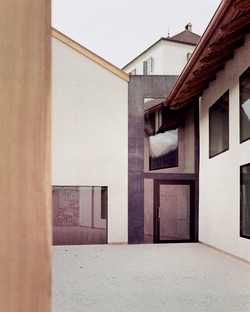 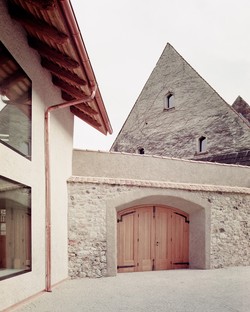