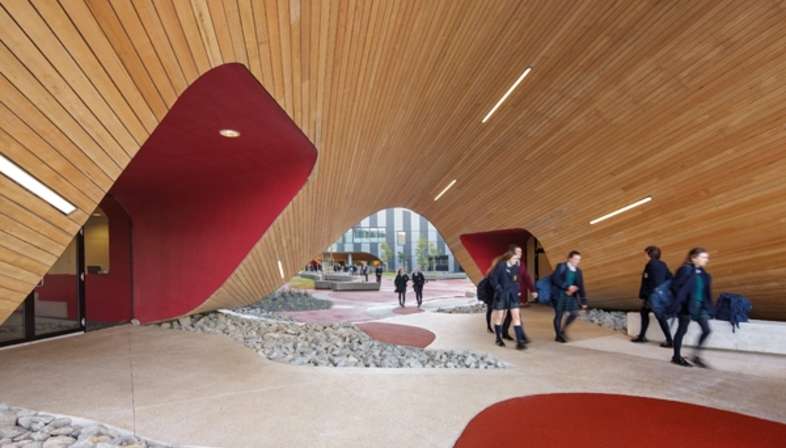 Infinity Centre, a secondary school designed by Australian architectural studio McBride Charles Ryan, has won the 2013 Melbourne Design Award.
The name "Infinity Centre", which appears in the school’s logo and is inspired by the concept of continuing learning, inspired the architects’ design for the school.
The idea was to build a facility in which the principles of pedagogy would be reconciled with individual freedom, promoting socialisation and interaction.

The school building’s outer cladding of glossy black bricks with strips of silver makes the building look like a solid fortified medieval town, contrasting with the fluidity of the volume which suddenly rises with unexpected lightness to reveal the entrance to the inner courtyards and the building itself. This allowed the architects to shelter the courtyards and entrance from the harsh local climate. 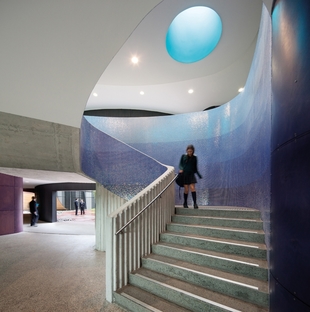 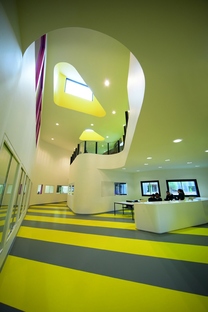 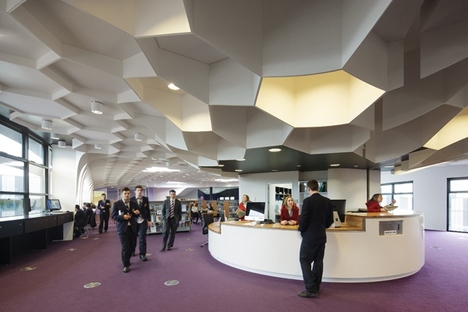 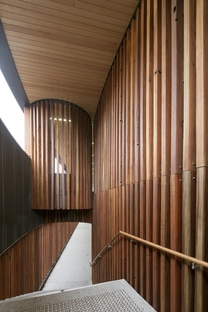 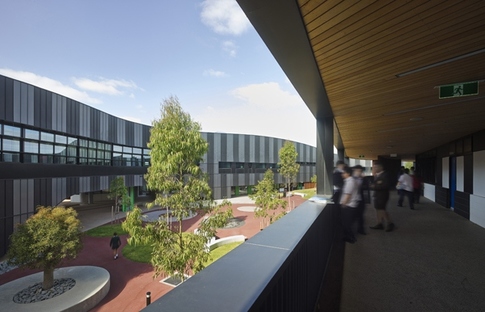 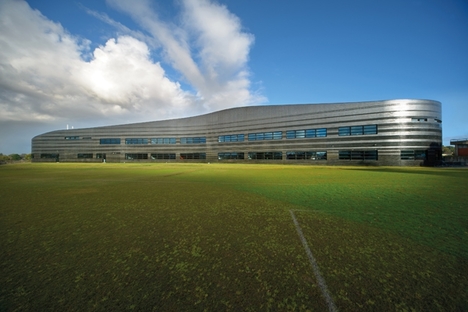