In the heart of Milan, the architecture firm m2atelier developed an interior design project for the conversion of offices on the first floor of a historic, late 19th-century building. The expertly engineered operation made it possible to recover original 20th-century elements, which shows just how feasible it is to renovate a historic setting without giving up contemporary comfort. 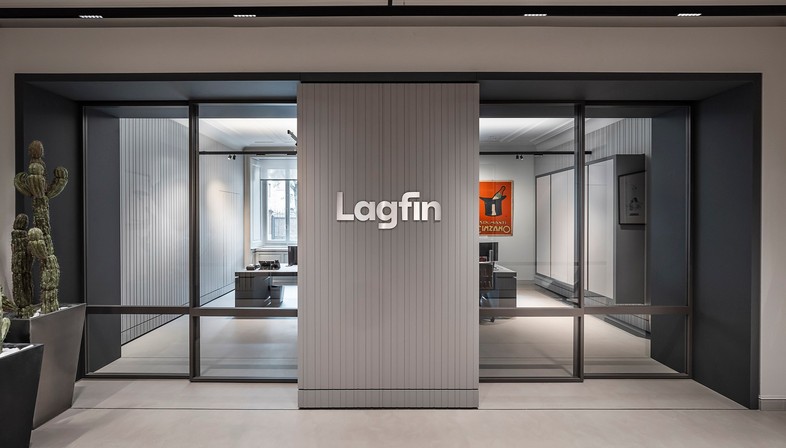 The m2atelier architecture firm set up by the architects Marco Bonelli and Marijana Radovic was commissioned to design the interior of Lagfin’s new offices in Milan. This operation involved converting the second floor of a historic building dating back to the late 19th century, located in one of the main districts of this Italian city. Since the outset, the concept behind the entire project was to enhance the existing building by recovering, as much as possible, some of the original elements. So the architects decided to renovate the available 600-square-meter-area by undoing all the changes that had been made by various tenants over the years. The original wall decorations, ceiling stuccoes and even the door frames, which were brought back to light during the renovation, were recovered with special care and attention. Custom-made materials and furniture were carefully chosen and produced to satisfy a specific requirement, that is, an elegant and minimalist style. All rooms are in harmony with each other and are linked by a common thread: a color palette made up of dark grey hues with metal inserts in both the walls and furnishings. The aim of the architects was to recreate the original look of the rooms, bringing old and new together, in order to create spatial continuity. And all this was achieved while ensuring the comfort and technological performance that modern offices require. This is why the architects, while respecting the existing building, concealed the necessary technological devices and focused on designing a fully suspended lighting system. Sliding glass walls were installed in order to break up the spaces and allow natural light to flood the various rooms. The advantage of such walls is that they help to give the impression that the offices are still close to each other, while ensuring privacy, soundproofing, and other essential benefits. The meeting room is definitely one of the most fascinating rooms of the entire interior design project. For this round room in the corner of the building, which looks out onto two different streets, the architects were able to restore the original windows, improving acoustics and ensuring greater privacy, and installing lighting that suits the various purposes that the room is used for. 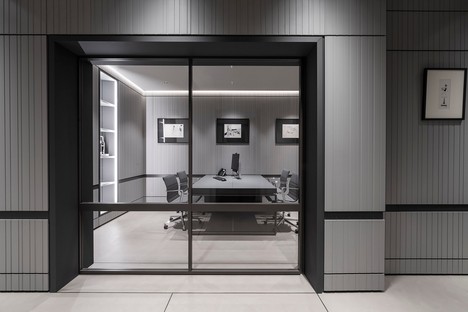 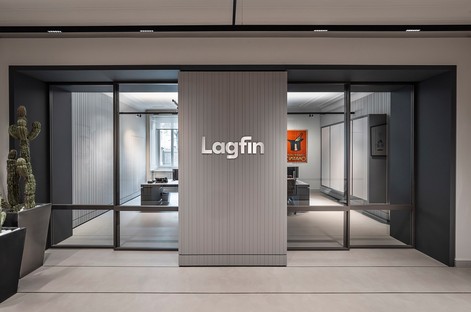 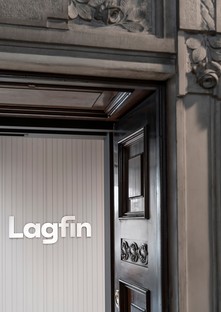 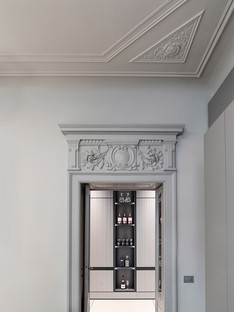 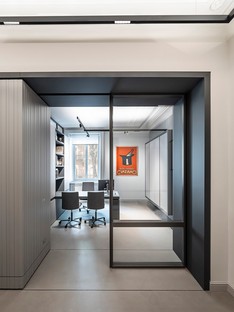 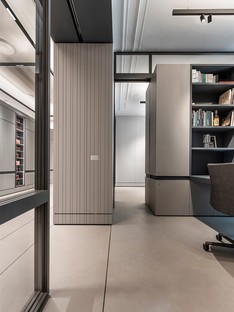 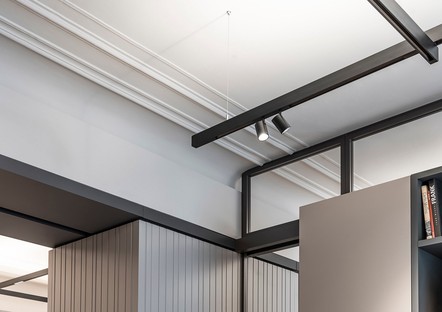 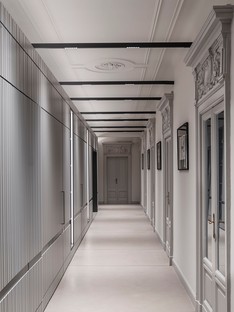 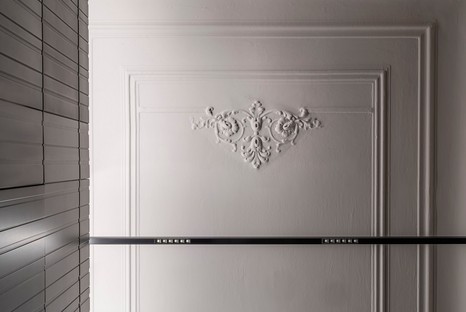 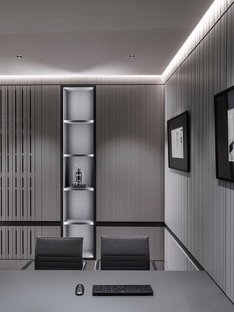 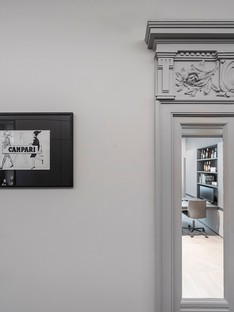 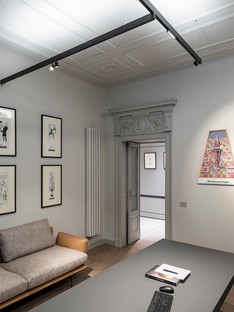 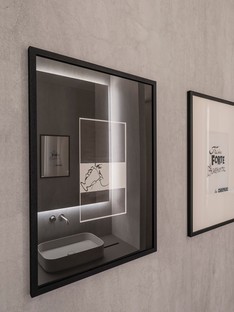 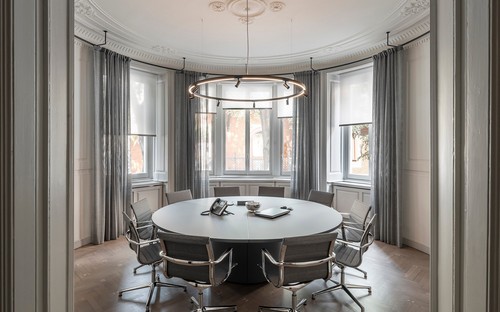 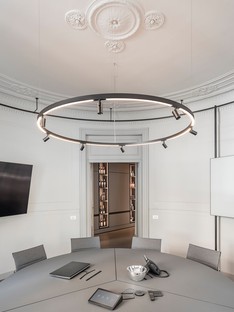 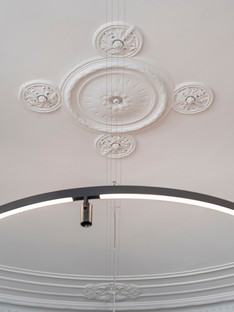 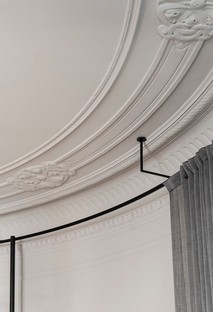 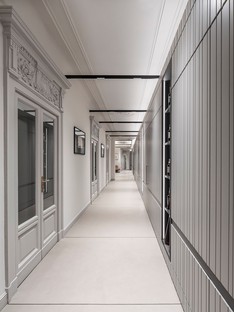 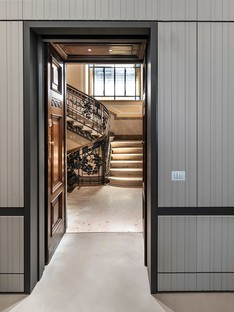