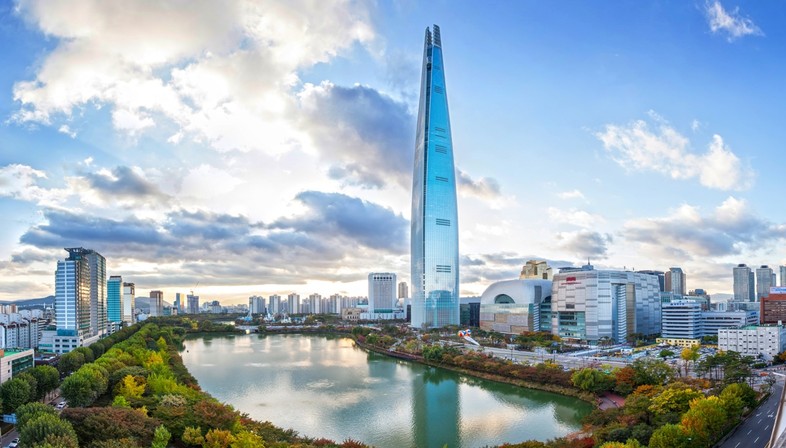 There has been a minor upheaval in the list of the world’s ten tallest buildings as ranked by the Council on Tall Buildings and Urban Habitat (CTBUH)!
The Burj Khalifa in Dubai is still definitely the world’s tallest building, at 828 metres, but the new entry, the Lotte World Tower in Seoul, opened early in April 2017, is now the world’s fifth tallest building at 555 metres, taller than One World Trade Center in New York (541 m). 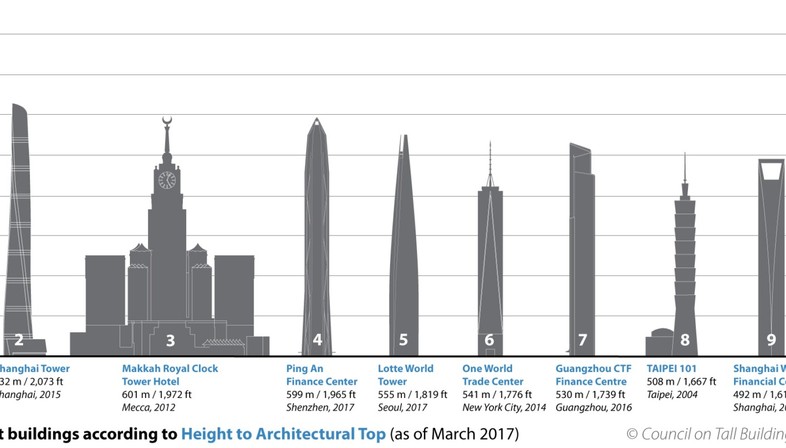 But the new building’s most important repercussions are for the list of the top ten, pushing out the Petronas Twin Towers in Kuala Lumpur (452 m). The twin towers were the world’s tallest buildings in 1998, and, though they have gradually moved down the ranking since they were surpassed by Taipei 101 (508 m), they were among the top ten tallest buildings for 19 years. The Petronas Twin Towers were the last skyscrapers built in the 1990s to be among the world’s ten tallest buildings. The new top ten confirms Asia’s domination of “vertical architecture”, the only exception being One World Trade Center in New York (541 m). 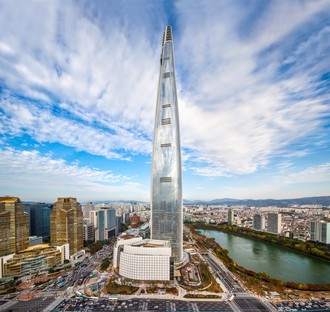 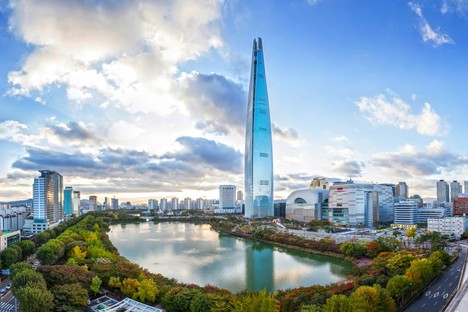 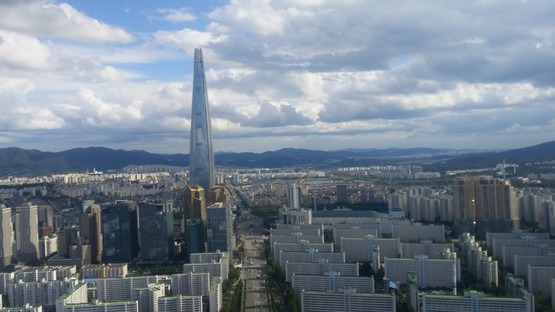 The "lumière" of the French Pavilion at Expo Dubai 2020