Parisian firm Lemoal Lemoal Architectes has designed the new changing rooms for the Garden Tennis Club in Cabourg. Though the project may be small in scale, it is significant in its interpretation of traditional construction techniques. The architects lent a contemporary look to the traditional half-timbered houses typical of the region. The design of the changing rooms is part of a wider renovation plan involving the entire sports facility, overseen largely by Lemoal Lemoal Architectes. 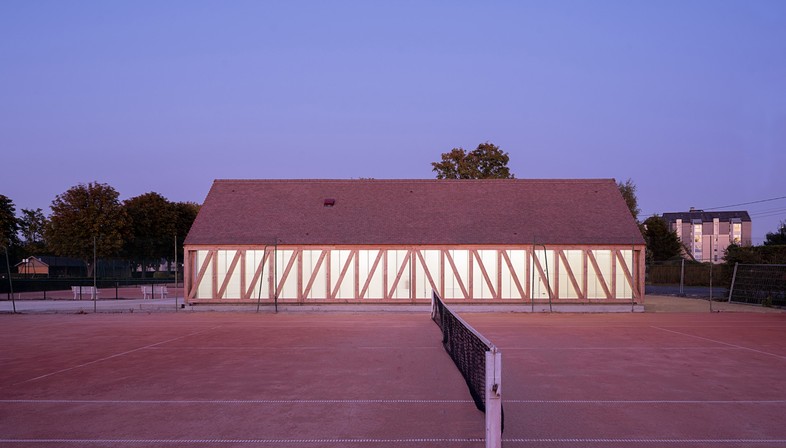 Cabourg, Normandy, is a well-known seaside resort made famous around the world thanks to Marcel Proust’s “In Search of Lost Time”, who drew upon it as inspiration for his Balbec. Here, Paris-based architecture firm Lemoal Lemoal Architectes has overseen the renovation of the sports facilities of the Garden Tennis Club, making use of designs to root it in its territory. The historic sports club of the French town is part of the national circuit of the most important tennis tournaments in the country, and has undergone various types of works. The extensive renovation of the site, overseen largely by Lemoal Lemoal Architectes, involved the creation of a restaurant, administrative offices and, as one of the latest additions, the design of its new changing rooms. These are located within a single-storey 100m2 pavilion. Though the building may be small in size, its elegant volume contributes to the overall harmony of the structures that make up the sports club. 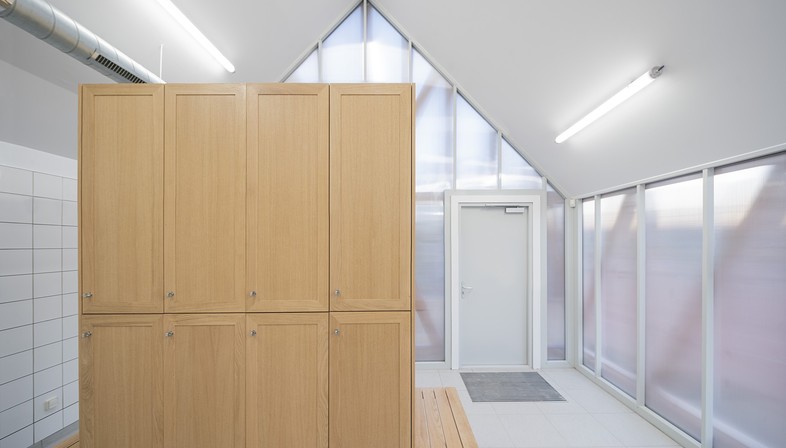 The layout of the Garden Tennis Club in Cabourg is organised around a central east-west axis. The entrance to the site of the sports complex is an imposing Norman-style wooden portico from the early 20th century which stands at the top of the central avenue. At the opposite end is the clubhouse, with the restaurant and the administrative offices of the sports club, which have also been renovated by Lemoal Lemoal. The clubhouse serves as the central hub for the entire sports facility, with a square in front of it bordered by a canopy to the south and the changing rooms to the north. The new pavilion is a coherent addition to the sports facility as a whole, and the way it echoes certain typical elements of Norman architecture helps to make it immediately recognisable as part of the area.
As such, the architects decided that this sober and elegant volume should feature a traditional type of construction typical of the Normandy area: half-timbering. However, this is not the mere repetition of a style, but rather an interpretation with new materials, allowing the pavilion to convey a highly contemporary image.
The architects of Lemoal Lemoal Architectes opted to choose certain facets of the region’s typical half-timbered style to use, namely the wooden structural elements, whilst eschewing the “infill” areas. The result is that the changing room pavilion, composed only of this structural frame, appears to be a minimalistic and contemporary construction. In order to ‘plug’ the façades and therefore ‘close’ the building, the architects decided to implement a double skin made from polycarbonate panels, but placed on the inside of the structure so as to leave the interplay of structural volumes on display. These translucent polycarbonate elements provide full privacy to the changing rooms whilst also allowing light to pass through: as such, during the day they are bathed in a homogeneous natural light, whilst at night, they become a glowing box attractively illuminated by the artificial lighting installed within. 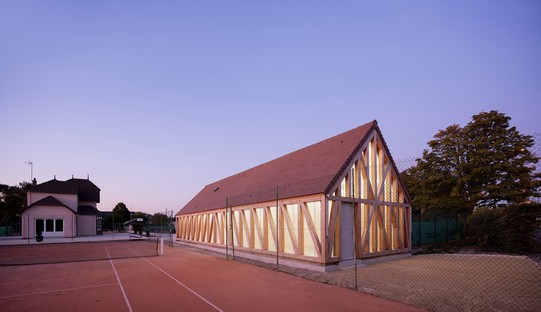 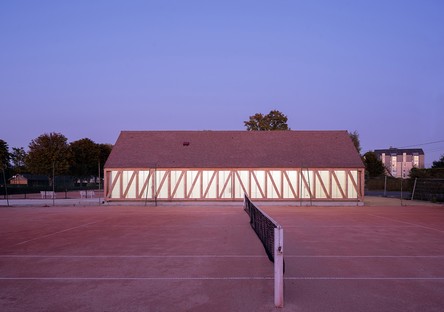 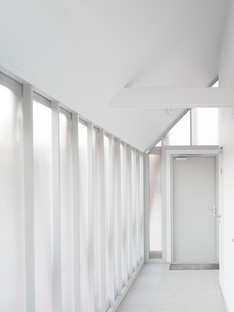 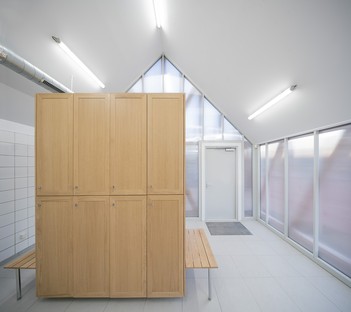 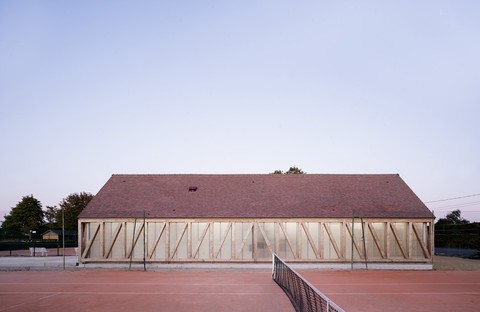 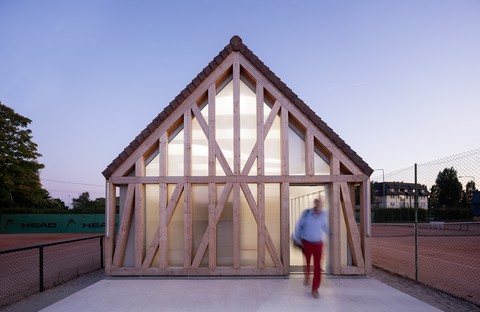 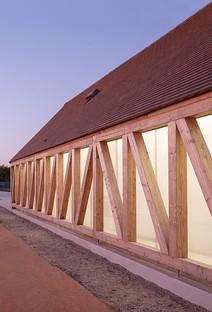