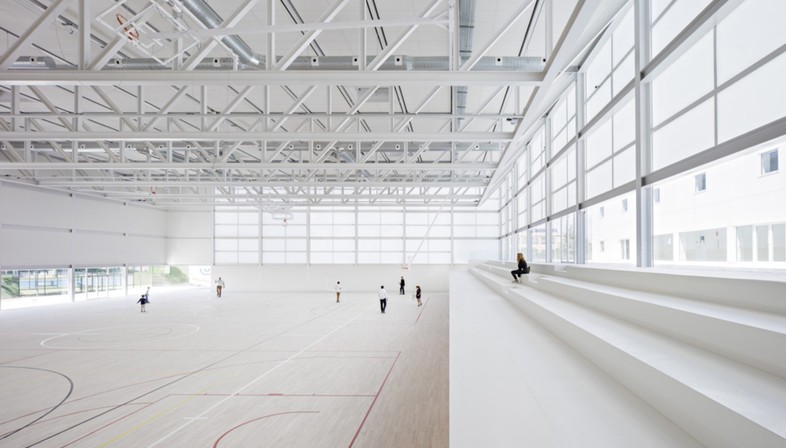 Two ceremonies only a few days apart, one in Madrid and the other in Rome, celebrated the long professional and teaching career of Spanish architect Alberto Campo Baeza, adding to the long list of awards and acknowledgements the architect has received. 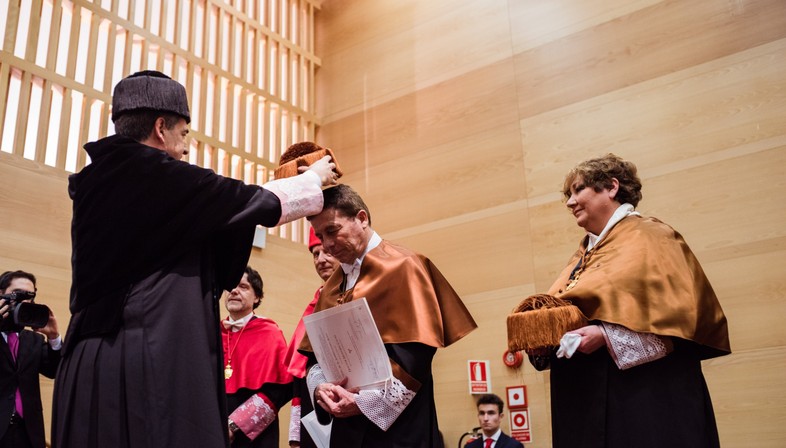 Architect Alberto Campo Baeza has received numerous awards for his teaching career, including the 2012 Premio a la Excelencia Docente from Madrid Polytechnic University, and for his architecture, such as the 2003 Premio Eduardo Torroja de Ingeniería y Arquitectura per la Caja Granada. The long list of acknowledgements he has received also includes the 2013 Heinrich Tessenow Gold Medal presented by the Tessenow Society of Hamburg, the Arnold W. Brunner Memorial Prize of the American Academy of Arts and Letters in the United States, and the Royal Institute of British Architects (RIBA) International Fellowship. In 2014 he was named Academician of the Royal Academy of Fine Arts of San Fernando Architecture Section in Spain; in 2015 he was awarded the BigMat International Architecture Award in Berlin for his Offices in Zamora and the International Spanish Architecture Award (PAEI 2015). In 2017 he was presented with the Medalla Antonio Attolini Lack by Anahuac University in Mexico and the First COAM Prize for the Multi-Sport Pavilion at Francisco de Vitoria University in Madrid. On March 2 a new acknowledgement was added to this long list: an Honorary Degree from CEU San Pablo University in Madrid. Founded by Angel Herrera Oria in 1933, CEU San Pablo University is one of Spain’s most prestigious private universities, operated by Fundación Universitaria San Pablo CEU, run by the Asociación Católica de Propagandistas (ACdP). 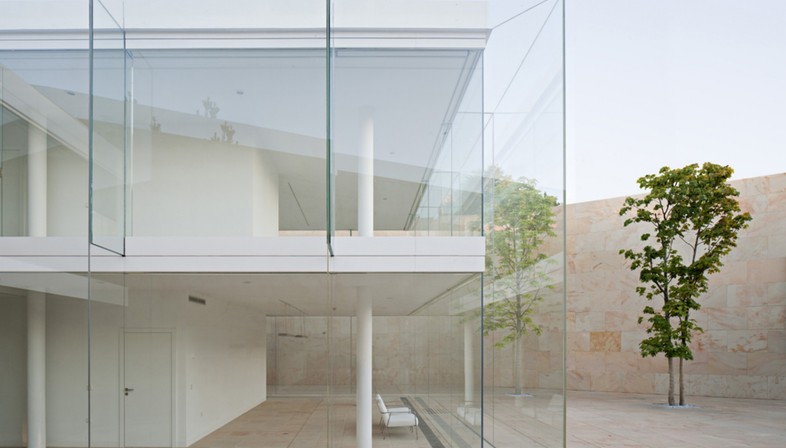 The Scientific Committee of the Piranesi Prix de Rome, in collaboration with the Order of Architects, Landscape Architects, Planners and Conservationists of Rome and the province of Rome and the Mantua Campus of Politecnico di Milano awarded Alberto Campo Baeza the Piranesi Prix de Rome for Lifelong Achievement in 2018. This award for classic achievement in architecture was presented to the Spanish architect on March 16 in a ceremony held at the Casa dell’Architettura – Acquario Romano in Rome. Alberto Campo Baeza gave a lectio magistralis for the occasion, focusing on the Pantheon in Athens, an example of an ancient building that has been a constant presence in Alberto Campo Baeza’s design. The occasion offered the Spanish architect an opportunity to emphasise the importance of the principal components of architecture in his work: “Gravity, which builds space, and Light, which builds time”, and connect all the key moments in his career since it began in 1980. During the conference he also recalled his intense teaching career and publications, including the book “La Idea Construida”, of which more than thirty editions have been published in a number of languages. It was followed in 2009 by a collection of texts published under the title “ Pensar con Las Manos ”, and in 2012 by “Principia Architectonica”, and in 2014 by “Poetica Architettonica”. 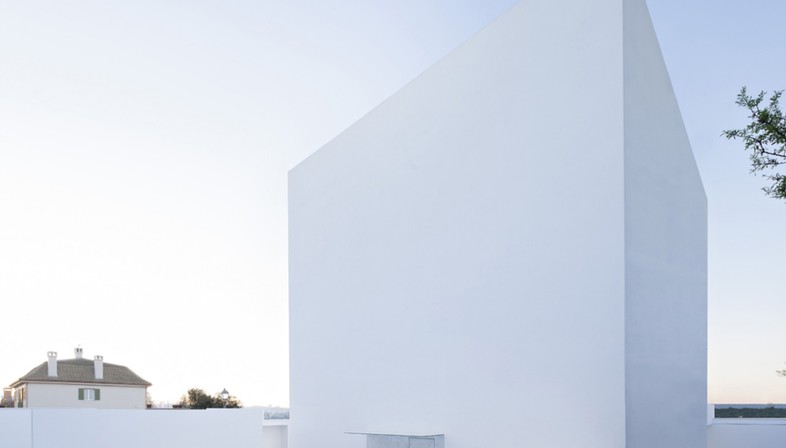 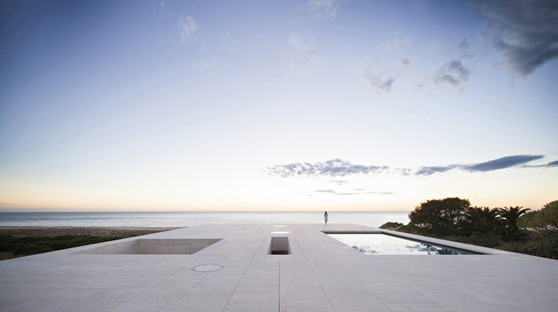 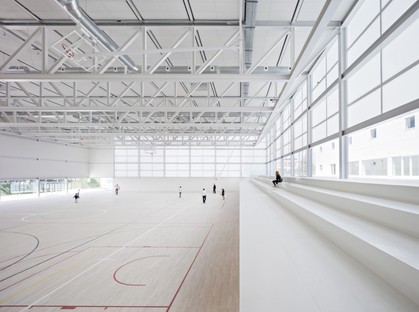 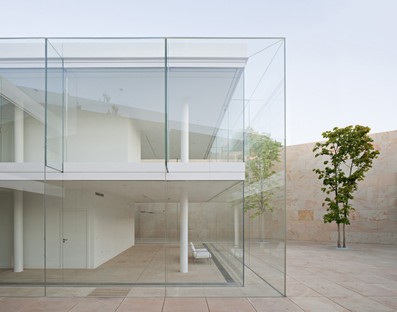 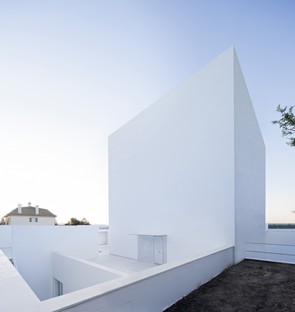 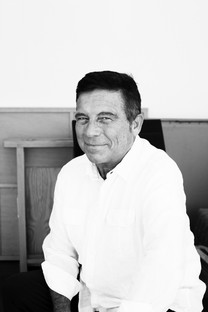 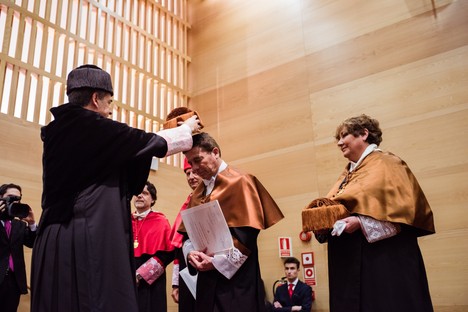 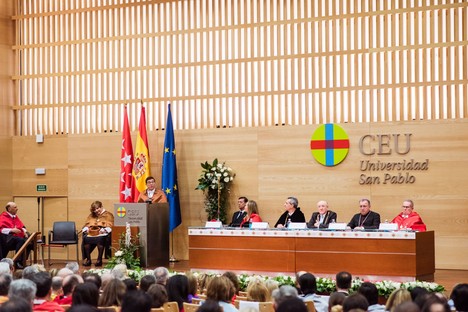 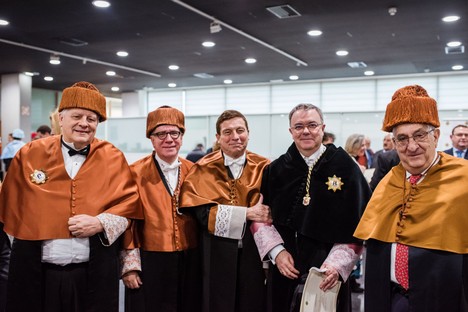