In Sao Paulo, Brazil, Kruchin Arquitetura has designed the new Edith Blumenthal Building, striking a fine balance between old and new: the existing human-scale facade and the bulk of the new edifice. 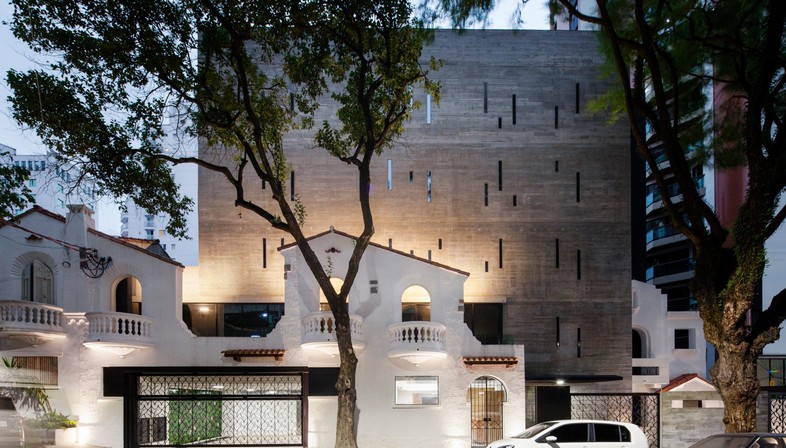 Architectural design in urban centers, for building renovation or the redevelopment of disused areas, has always been a very important topic, attracting an immense amount of research and many design solutions from architects. The issue is to combine old and new in the same building or context, recognizing the architectural value of any existing structures, or at least the historic identify of a location and its surrounding landscape, while still enabling the “new” component to express itself and its values and to help to construct new urban space and the new era.
In Sao Paulo, in Brazil, Kruchin Arquitetura has designed a new building, the Edith Blumenthal, which required old and new to be merged to conserve the urban image of one of the main, busiest streets of the Pinheiros district, one of the city’s most vibrant, fashionable quarters. The new commercial building was constructed on via João Moura, on a site previously occupied by an early 20C edifice. This consisted of apartments on two levels (ground and first floors) with balconies and a pitched roof. These were not listed buildings, but the architects immediately recognized their importance overall as part of the street’s urban character, rather than in their individual architectural features.
By conserving the old facades with their balconies, the architects preserved the street’s traditional image and its human scale. At the same time, behind and incorporating this important screen, they constructed a contemporary building that meets all the needs of an increasingly high-tech society, with modern, state-of-the-art systems, even including elevators and specific parking areas for electric vehicles.
Architect Samuel Kruchin, founder of the Kruchin Arquitetura firm, underlined how important it was for the project to fit into its environment, conserve the characteristics of the old town, and yet meet the needs of the contemporary city. The architects managed every aspect of this “inclusion” with great care, focusing in particular on the design of all communal parts and areas of contact with the surrounding environment. A garden was created below street level to mark a clear separation between the old facade and the new building. A second large green area was created in the rear, together with an extensive terrace-solarium, which also mediates the transition between the new building and its context. Finally, the metal sun-screens which filter the openings on the building’s upper floors, and the grilles on the entrances, were especially designed to evoke lace; once again, the architects included a link between old and new, in this case one of the country's traditional crafts.
The new building’s structure is in prestressed reinforced concrete panels, and because no vertical supports are required, the layouts of the various upper floors are extremely versatile and flexible, to respond to clients’ current and future needs. Via a specific street-level entrance, cars use a system of elevators to access the two basement floors used for parking. For pedestrians, the floor at street level is actually a first floor in relation to the level of the garden and the solarium terrace at the rear, the other two fundamental features which mediate between the Edith Blumenthal Building and its context. 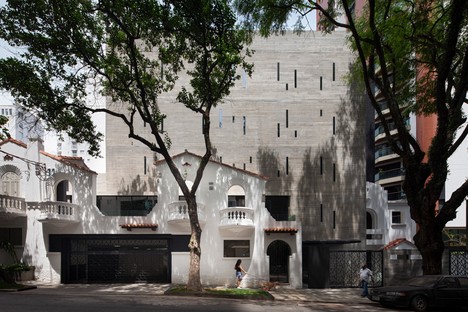 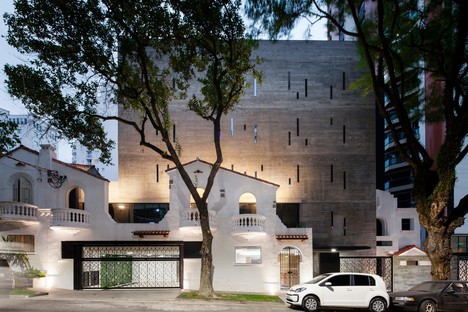 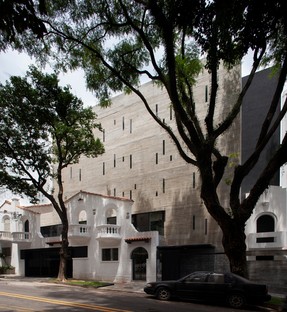 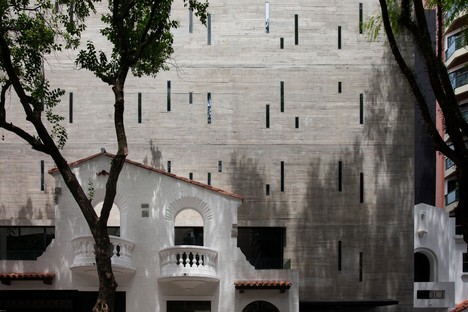 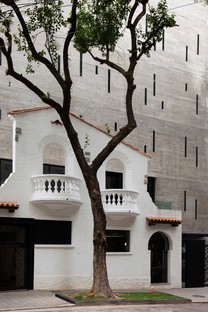 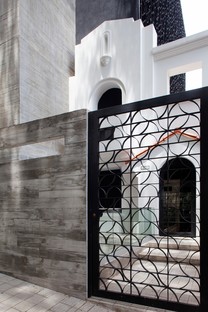 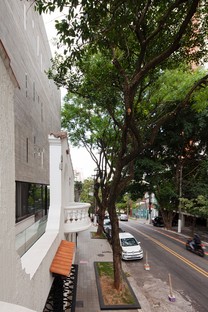 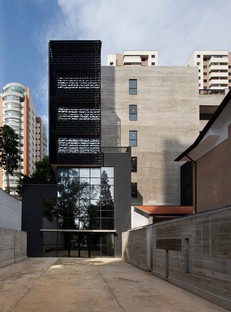 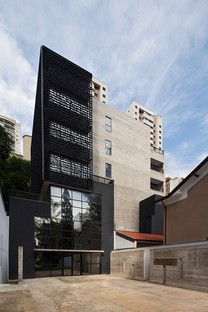 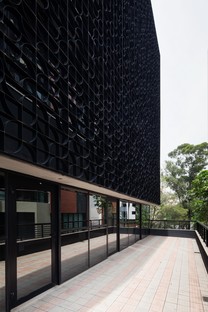 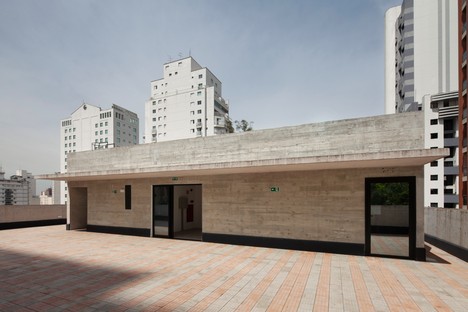 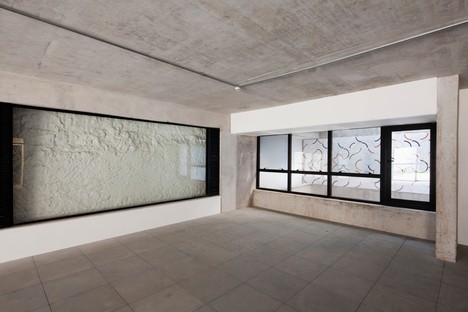 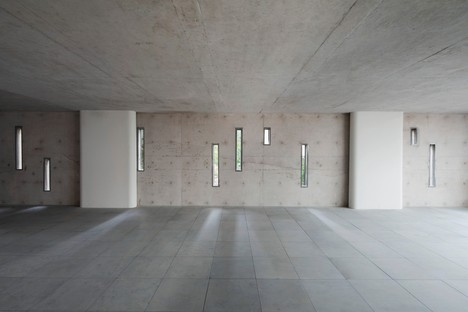 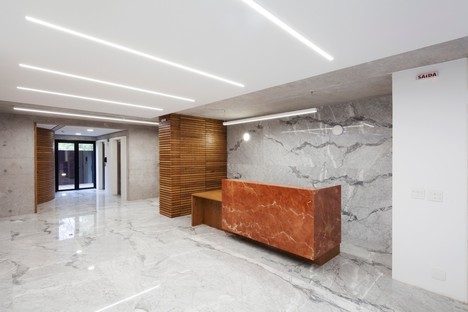 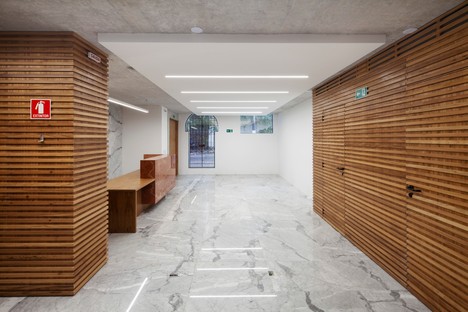 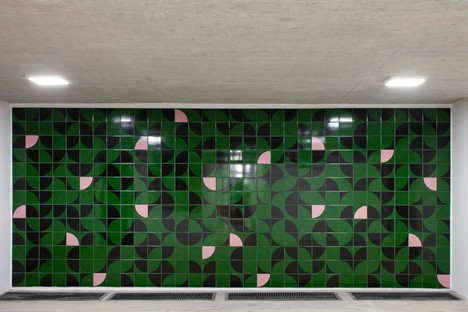 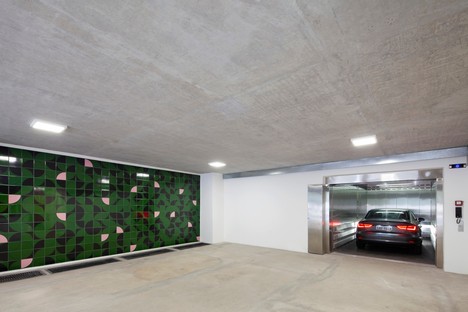 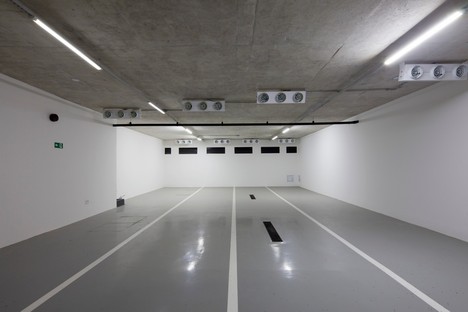 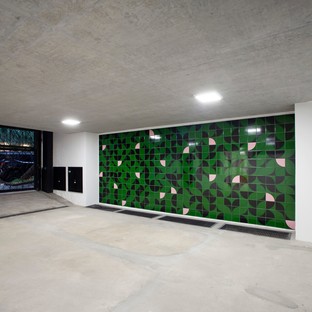 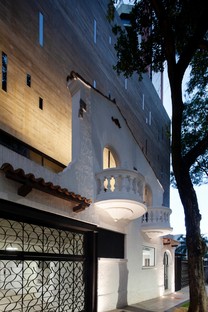 AMZ and Perkins + Will: living in symbiosis with a garden in Sao Paolo – Brazil