The renovation project of the Banque du Liban headquarters in Beirut allowed architect Karim Nader, who designed the project with Blankpage Architects and ESI (Engineered Systems International), to once again confront the theme of safeguarding the city’s contemporary architectural heritage. 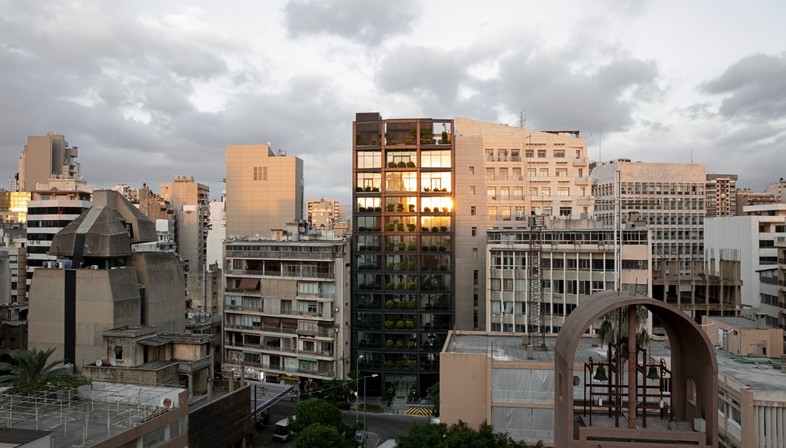 The Karim Nader firm is once again committed to safeguarding the contemporary architectural heritage of the city of Beirut. The Lebanese architect accepted a new challenge that also marks a continuity with the restructuring of the Immeuble de l’Union, the building built in 1952 and designed by architects Lucien Cavro and Antoine Tabet.
In the Immeuble de l’Union, a true jewel of Lebanese modernism still undergoing renovations, architect Karim Nader chose to preserve the elegance of the building and its historical architectural value. It is not a nostalgic approach to the existing building, but a careful reprogramming of functions, combining the commercial ambition of the client with a cultural and historical ambition prompted by the site and by the deep knowledge of the city’s contemporary architectural heritage. 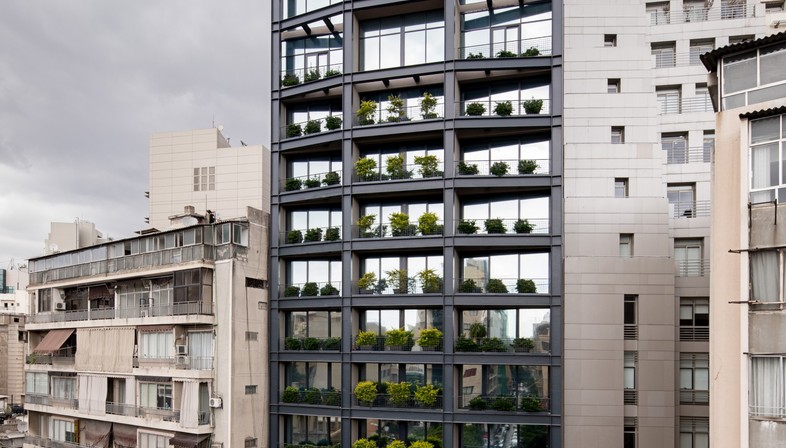 The new challenge accepted by Karim Nader, consists of the Banque du Liban CMA building (headquarters of the Capital Market Authority). The building is located in the same modernist district of the city of Beirut and not far from the Immeuble de l'Union. The new building, which was saved from demolition, stands at the end of Souraty Street at the intersection with Rue de Rome. The position of the building adds to the importance of the project, located between two modernist icons of the city: the Interdesign building in Rue Clémenceau, designed by architect Khalil Khoury and the main building of the Banque du Liban in Hamra Street, designed by Addor and Julliard. The Banque du Liban CMA renovation project was designed by the Karim Nader Studio, in collaboration with Blankpage Architects and ESI (Engineered Systems International). The architects did not allow themselves to be intimidated by the surrounding urban context, one of the most lively and active in Beirut, nor by the building’s history. As was also the case for the Immeuble de l'Union, the Banque du Liban CMA building is yet another important illustration of the city’s architectural heritage. The design proposal submitted by the architects interprets the modernist and brutalist language of the two important "neighbouring" buildings, without representing an element of "rupture" between them. Moreover, the architects held the fact that the building occupies a prominent position at the end of the Souraty road axis in high regard. It is an unusual characteristic for the area between Hamra street and Rue Clémenceau, with its narrow roads. The unique position of the Banque du Liban CMA in fact allows a perspective view of the building even from a distance. Considerations that inspired the architects to lean towards the design of a new façade, different from the main one overlooking Hamra street. 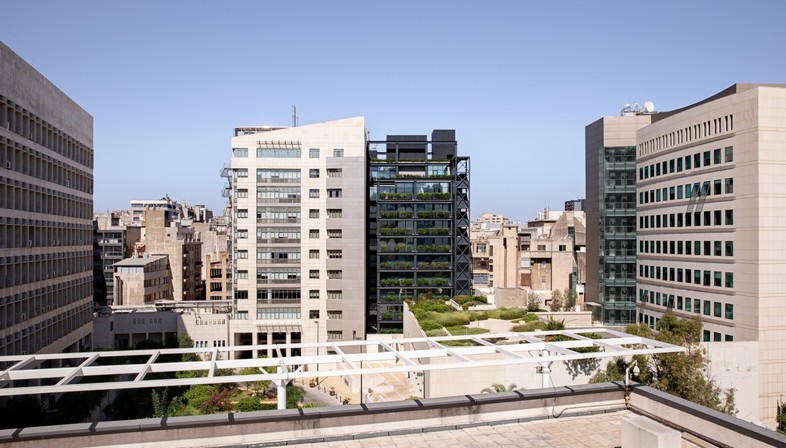 Moreover, the restructuring project ensures that the building complies with current safety and anti-seismic regulations. A result obtained by designing a metal reinforcement that becomes a protective exoskeleton of the original construction, while also providing it with a new image. The grid system with balustrades, vegetation and large windows evoke a contemporary language. The restructured building is thus able to transmit values of safety, transparency, strength and stability, essential for a bank building. At the same time, the regularity and repetition of the patterns can be interpreted as a tribute in black steel to the cement geometries created by Khoury in the nearby Interdesign building. 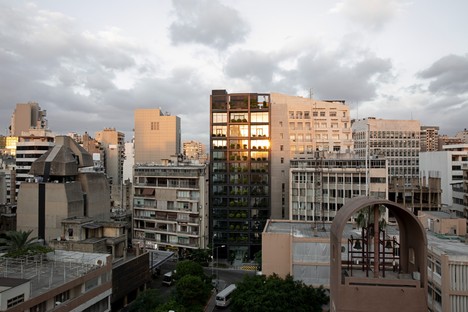 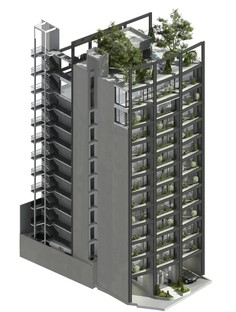 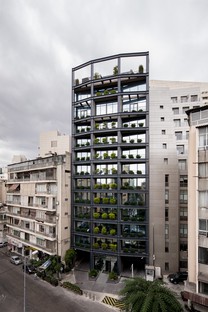 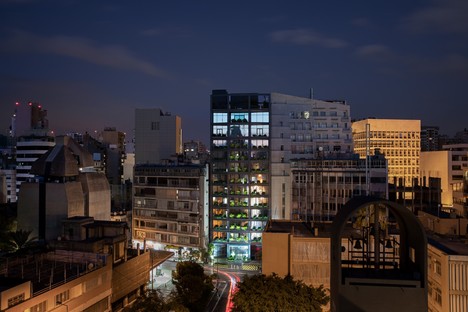 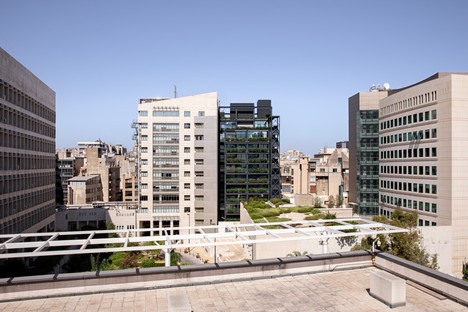 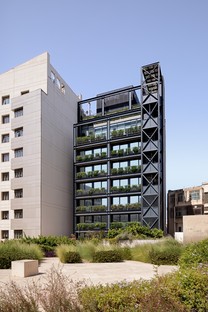