The new buildings designed by KAAN Architecten for Anhembi Morumbi University have enabled the institution to expand its offering with new degree courses. In 2017 the Dutch architectural practice opened a second office in São Paolo, Brazil, following on closely from projects carried out in South America. 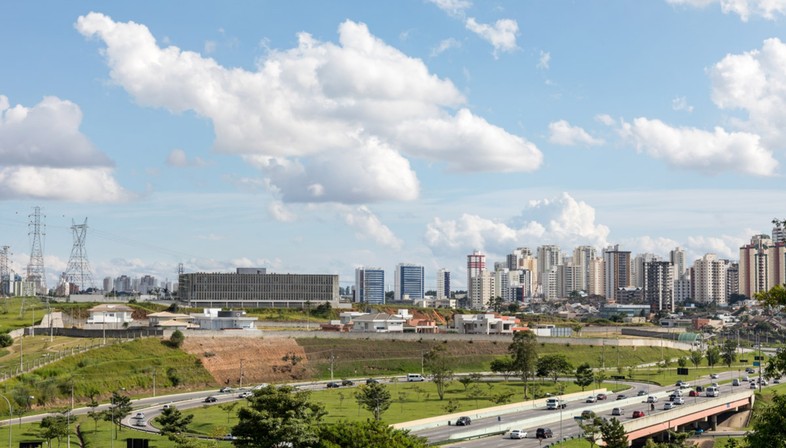 Two years ago, the Dutch design studio KAAN Architecten officially opened its second office, after Rotterdam, in São Paolo, Brazil. To mark the occasion the architects presented designs for a new building for Anhembi Morumbi University (UAM) in São José dos Campos, a metropolitan city in São Paulo State. Two years later a second campus was built for the same institution, Anhembi Morumbi University, this time in Piracicaba, inland in São Paolo State. Two campuses with a common architectural identity that, due to the superb quality of the buildings and infrastructure, have increased the potential of the university, enabling the Brazilian institution to launch new biomedicine and nutrition degree courses. 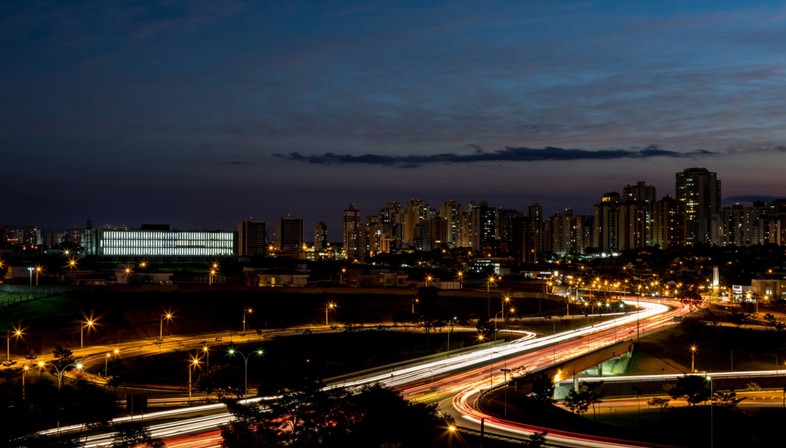 The architects looked to create an elegant, strong architectural identity for both Anhembi Morumbi University campuses. The client specified the same design program requirements for both buildings (classrooms for teaching, laboratories, cafeteria, etc.). On both projects, the architects developed common concepts such as optimizing the topographical features of the selected construction site, archetypal facades, and a large central area which promotes social interaction and improves natural ventilation to counteract the hot Brazilian climate. The buildings, with their balanced facades facing towards the city, have become landmarks in this urban environment. At São José dos Campos, the campus is located on an elevated plot. The compact building comprises three floors and appears like a modern acropolis, turning it into a new reference point in the urban area. The Piracicaba campus, however, is located in a built up area in the southern part of the city, lying on a slope which merges with the surrounding landscape. For this reason the architects chose to design a building with a predominantly horizontal distribution.
Both projects feature a system of vertical, reinforced concrete slats to mitigate the effects of strong sunlight. This large brise-soleil system shades the facades and roofs and is interspersed with floor-to-ceiling windows which provide an continuous visual connection with the city.
Sustainability plays a key role in both projects. An innovative energy management system reduces energy consumption and increases energy efficiency in both buildings. 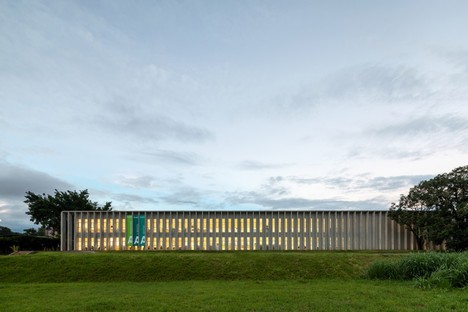 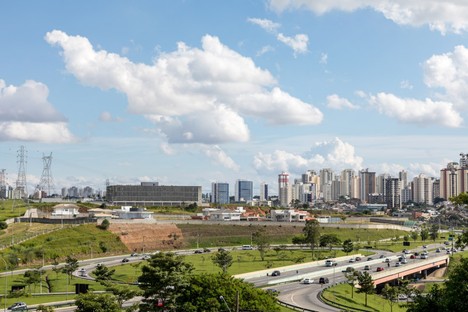 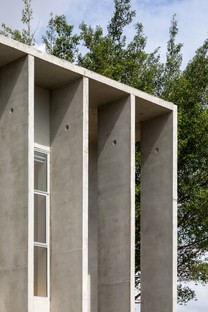 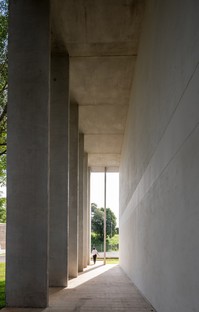 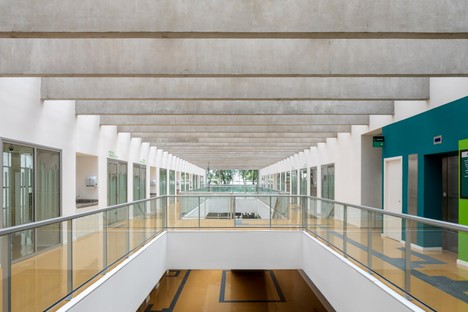 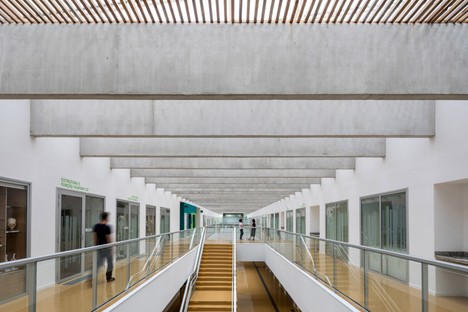 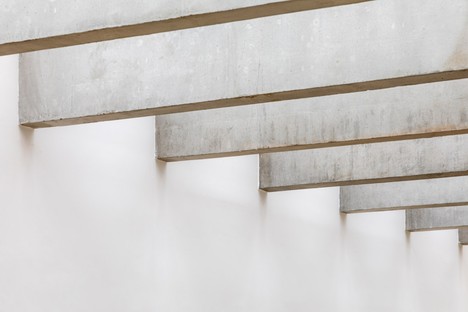 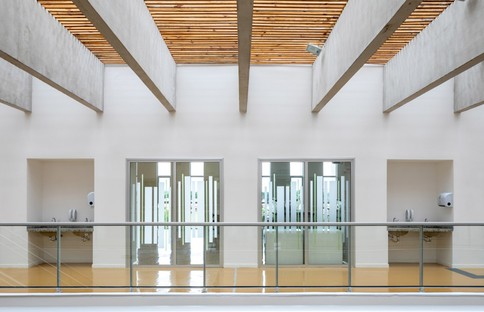 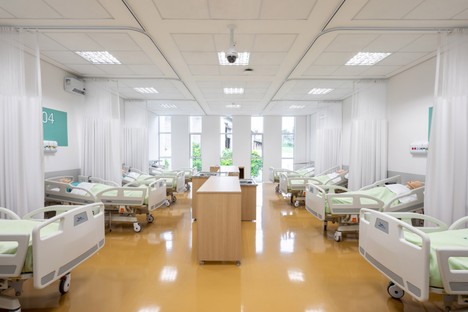 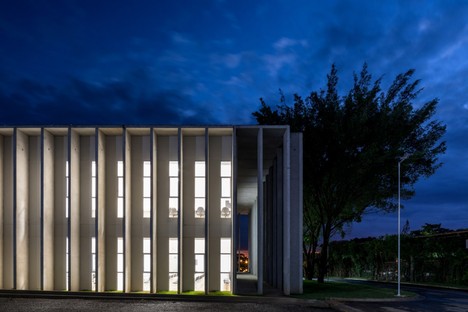 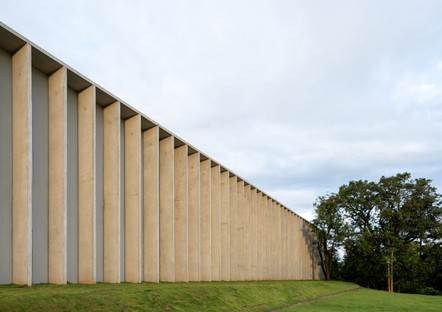 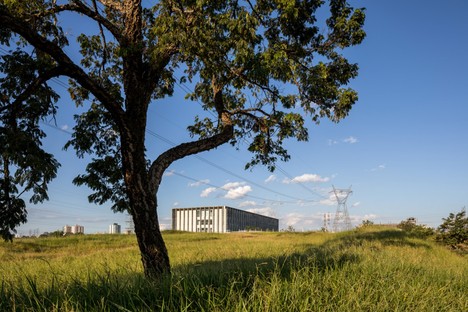 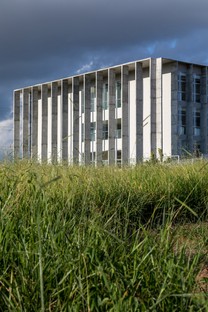 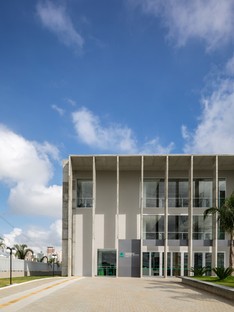 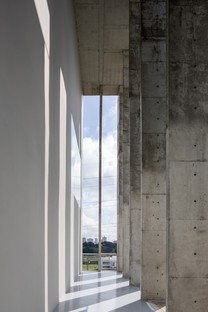 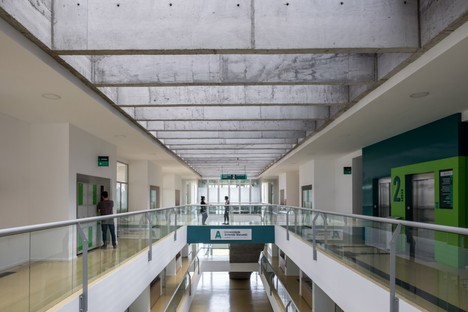 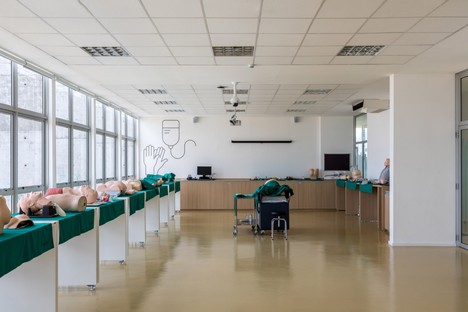 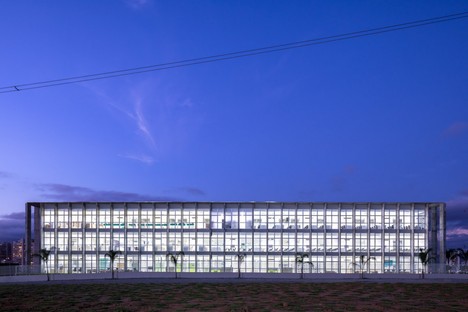 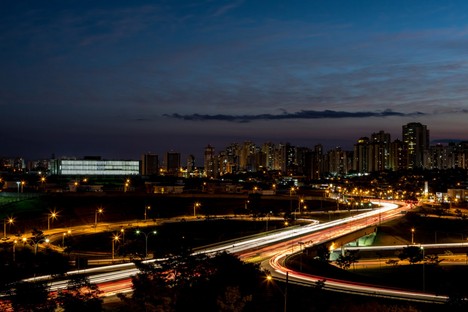 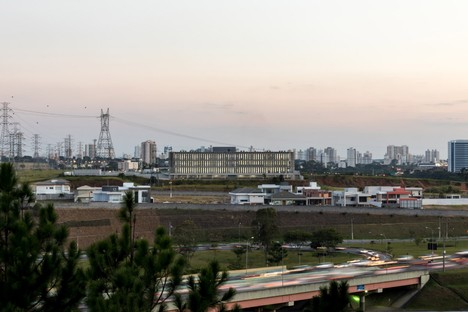