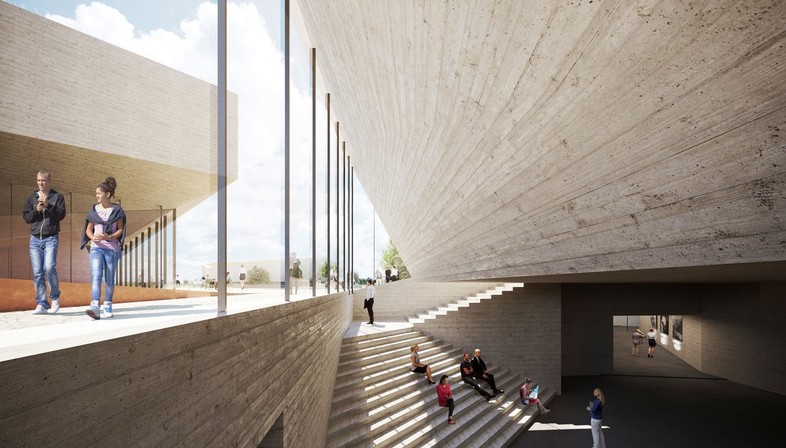 Three leading international architecture practices, Henning Larsen, Snøhetta and Studio Gang, were shortlisted for the final phase of the new Theodore Roosevelt Presidential Library architectural design competition by the Theodore Roosevelt Presidential Library Foundation. The Library is to be built in Medora, North Dakota, a region Theodore Roosevelt was particularly attached to. The former US President recounted how he went to the wilds of North Dakota for the first time in 1884 to hunt bison and find himself again after a terrible period in his life. In February that year he had lost both his wife and mother on the same day. Years later Theodore Roosevelt declared that had it not been for that experience in the wilds of North Dakota and the harsh lifestyle but “perfect freedom” of the West, he would never have become President of the United States. Henning Larsen Architects drew inspiration from the harsh landscape and buttes of the Badlands region of North Dakota for their recently presented Theodore Roosevelt Presidential Library design. The team of architects from Henning Larsen + Nelson Byrd Woltz design studios made the same journey through the United States, from New York City to Medora, in June 2020 to gain a personal perspective of the region and communities so loved by Theodore Roosevelt.
"There is a unique and awe-inspiring beauty to everything about the Badlands that you simply cannot experience anywhere else", said architect Michael Sørensen, Design Lead and Partner at Henning Larsen Architects. Thomas Woltz, architect and founder of Nelson Byrd Woltz design studio which collaborated on the landscape project, explained how the building and landscape will fuse “into one living system emerging from the site’s geology", so that the visitor experience is seamlessly connected to the entire landscape (rivers, paths, pastures) surrounding the Library. The library design by Henning Larsen Architects comprises four different buildings linked by an underground exhibition trail which recounts Roosevelt’s legacy and origins of the project. For each structure the architects drew inspiration from the Badlands terrain. Of the four buildings, the tower (Legacy Beacon) serves as a reference point, since it is taller and visible even from a distance. The landmark establishes the library’s location, making it a focal point for the community and the perfect entry to the majestic Theodore Roosevelt National Park.

The competition for the design of the new Theodore Roosevelt Presidential Library will close at the end of September 2020, when the eponymous Foundation will reveal the winning design from the three shortlisted architecture practices. 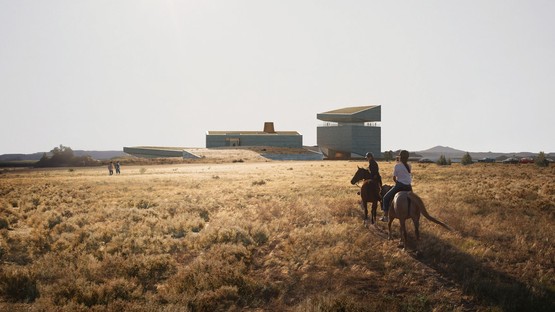 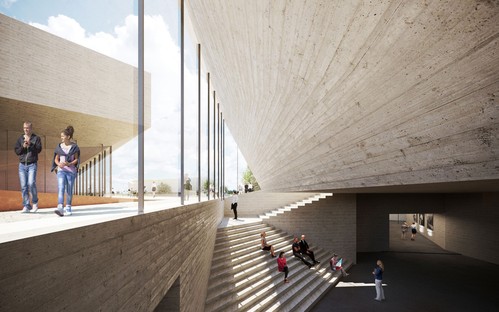 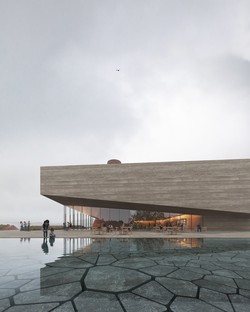 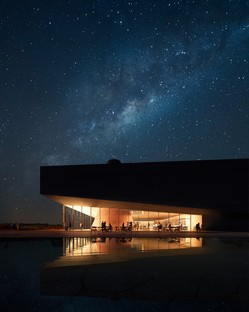 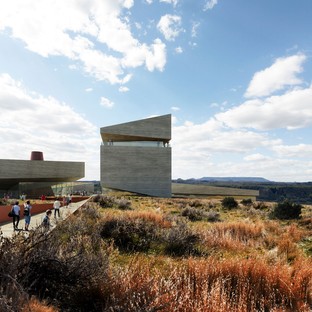 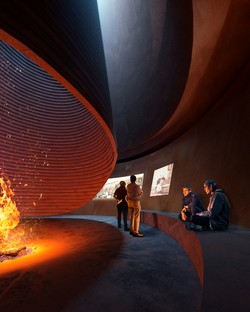 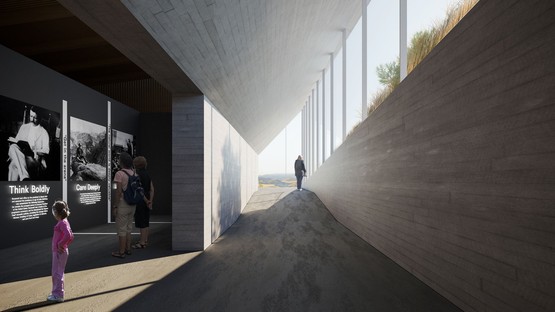 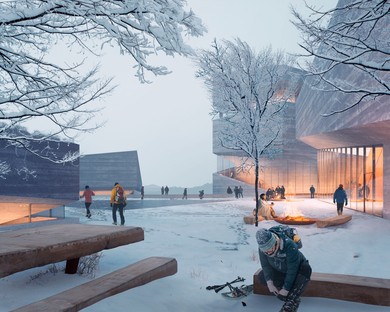 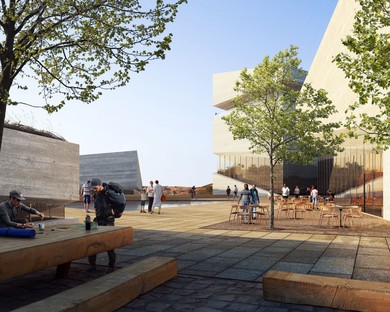 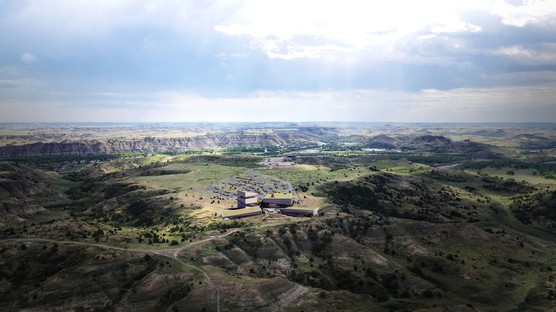 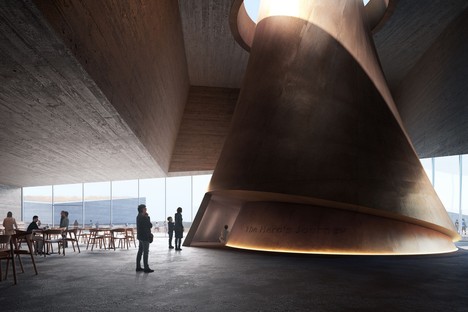 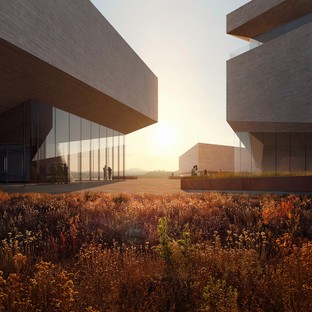 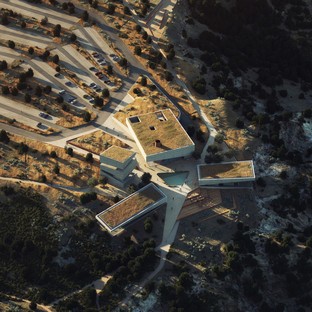 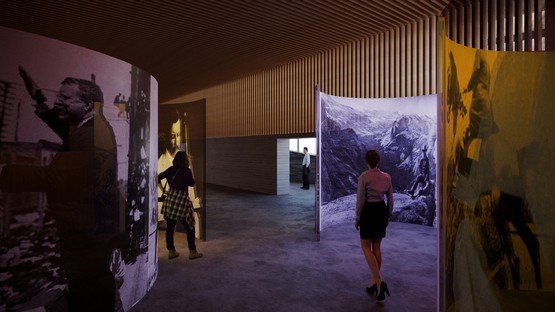