The three student residences designed by architect Henley Halebrown for the University of Roehampton are located in a historic park, close to listed monuments. The project was among the six finalists of the RIBA Stirling Prize. 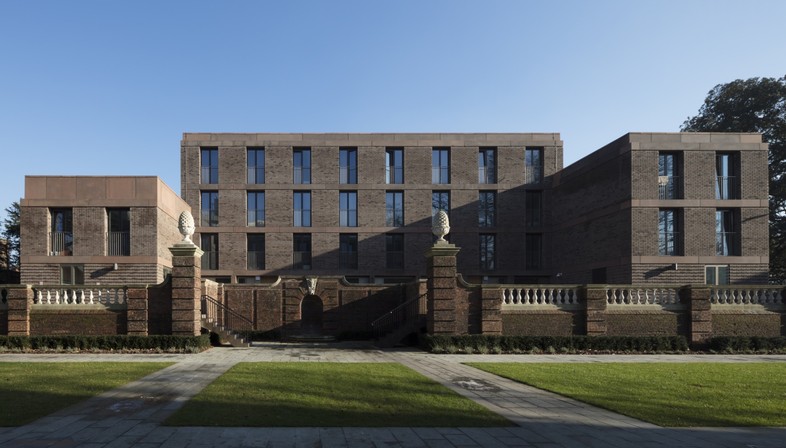 Brutalist architecture is receiving more and more attention at an international level, from a cultural and aesthetic point of view. These architectures were built between the 1950s and the 1970s and draw their expressive strength from their concrete structures, that are exposed and not covered by plaster or other materials. From a cultural point of view, the exhibition “SOS BRUTALISM - Save the Concrete Monsters!”, which was hosted by the DAM Deutsches Architekturmuseum of Frankfurt, is an important example of this growing interest. The exhibition also represents the first global investigation on Brutalist architecture built between the 1950s and the 1970s. On the occasion of this exhibition, indeed, a database comprising over 1,000 Brutalist projects was created, divided based on the geographical area where the architectures are located - Japan to Brazil, former Yugoslavia to Israel and Great Britain.
From an aesthetic point of view, this attention was converted into reality also by some architectural projects, such as the Chadwick Hall. The project realised by architect Henley Halebrown for the University of Roehampton shows that a contemporary architecture can dialogue with existing Brutalist buildings and become timeless, conveying a feeling of permanence. 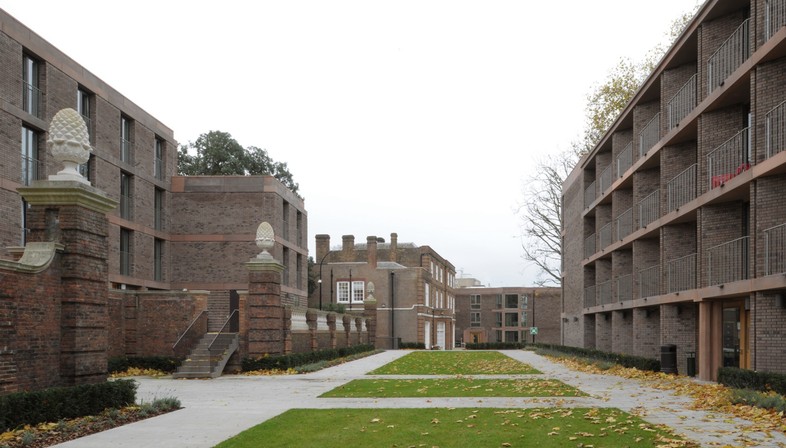 Henley Halebrown’s studio signed the project of the master plan for the campus of the University of Roehampton, south-west of London, which includes Chadwick Hall as well as the project of other residences by studio MJP Architects, and a library designed by Feilden Clegg Bradley Studios.
Chadwick Hall meets the needs of the customers, who requested 210 en suite student bedrooms, provided in three buildings inside a historical park. This apparently simple project solves the issue of the complex heterogeneity of this place, hosting the Downshire House, an 18th century Georgian residence, and the Alton West Estate, a listed, Brutalist building designed by the London County Council (LCC) architects. These two buildings influenced the design of the Henley Halebrown studio, especially as regards its layout and its height.
The panel of the RIBA Stirling Prize selected Chadwick Hall among the six finalists, indicating it as a “good example of timeless architecture”. First of all, this project is based on a sensitive arrangement of the blocks within the landscape, and attributes the right importance to all of its elements, from the existing historical building to the historical sunken garden. The jury also pointed out that, using a limited number of materials, such as red/dark brown bricks and prefabricated cement elements, the architects designed low-cost buildings, that perfectly fit their context and that offer welcoming spaces to the students. 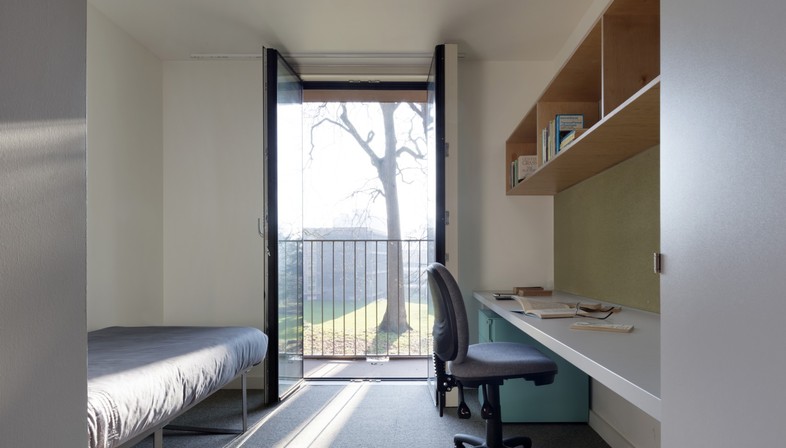 The RIBA Stirling Prize is the most prestigious British award for architecture. Along with Chadwick Hall by Henley Halebrown’s studio, this year's finalists include other projects presented by Floornature, including: the Sultan Nazrin Shah Centre by Niall McLaughlin Architects, the extension of the Tate St Ives by Jamie Fobert Architects and the Storey's Field Community Centre and Nursery realised by MUMA LLP for the University of Cambridge. 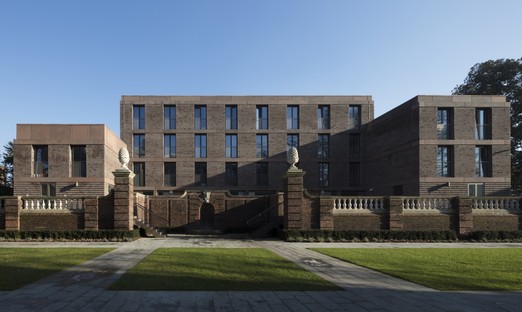 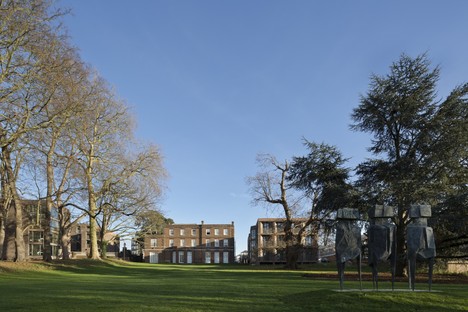 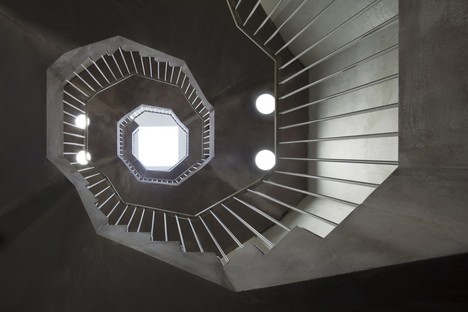 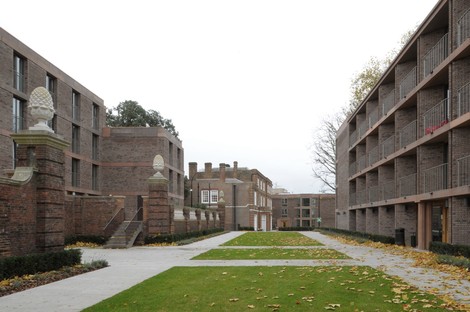 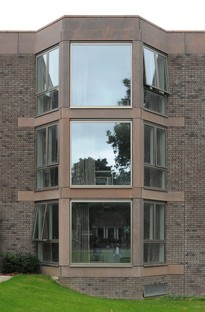 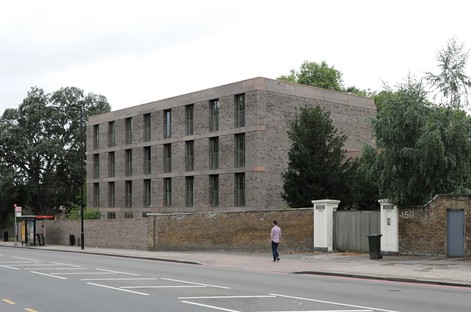 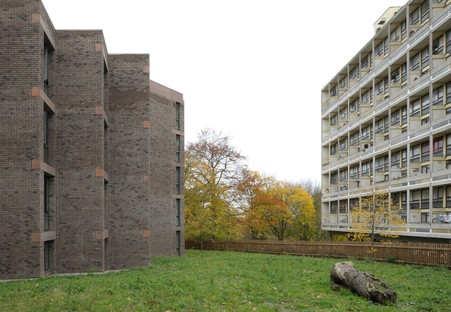 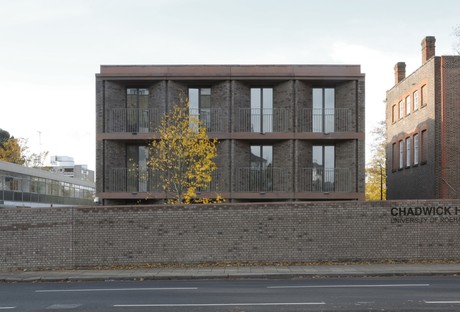 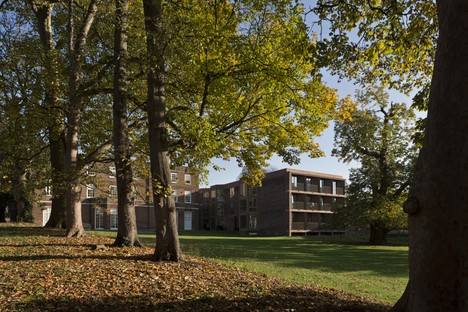 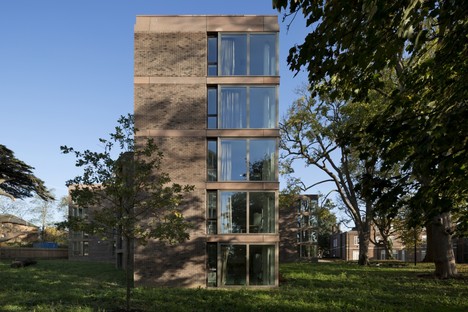 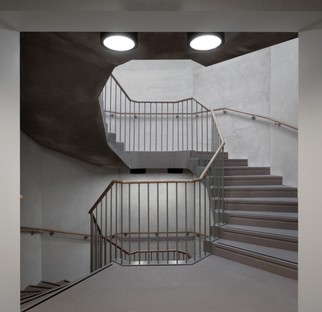 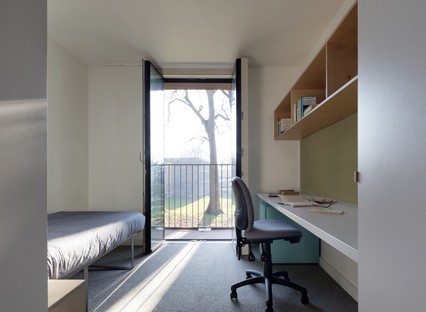 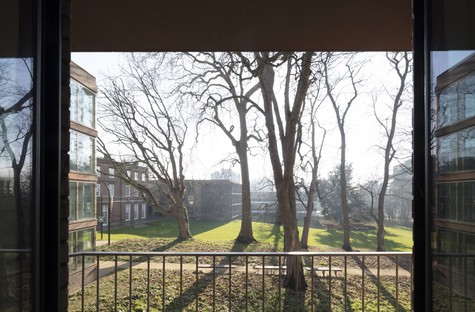 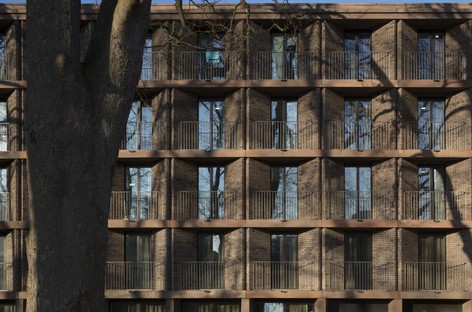