Heneghan Peng Architects: The museum of Palestine in Birzeit

In Birzeit, 25 kilometres north of Jerusalem, on the West Bank, stands the Museum of Palestine, a monument to the natural and cultural landscape by Heneghan Peng Architects of Dublin 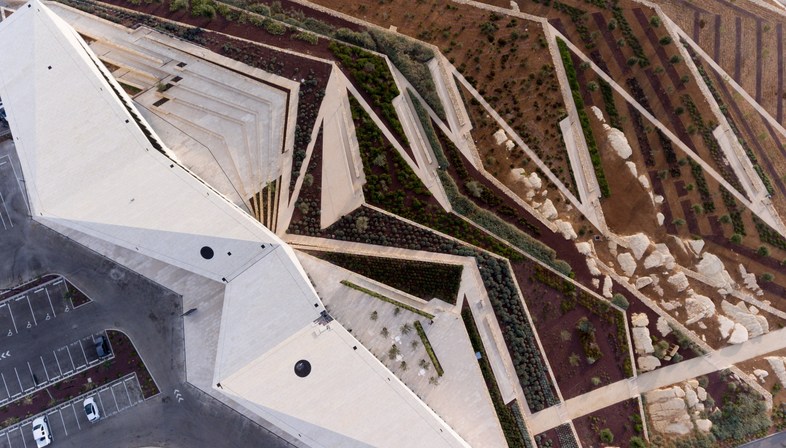 Heneghan Peng Architects and Lara Zureikat designed the Museum of Palestine in Birzeit to be architecture and landscape at the same time. The project follows the slope of a hill overlooking the Mediterranean, a 40,000 square metre site next to Birzeit university campus.
Taawon-Welfare, an independent organisation concerned with assistance and humanitarian development for Palestinians on the West Bank, in Jerusalem, in the Gaza Strip, in the 1948 area and in Palestinian communities in Lebanon, first came up with the idea of opening a museum of Palestine in 1997. The original idea was to open a museum dedicated to the memory of the Nakba, to document the exodus of the Arabian population of Palestine during the 1947-48 conflicts and following the foundation of the state of Israel. With time it evolved into a programme for valorisation of today’s forward-looking Palestinian culture.
Heneghan Peng Architects were in fact appointed to design a work of architecture that could be seen as an interpretation of the common wisdom of the land, defined in terms of history, culture and values. The museum is therefore expressed through physical connection - going so far as identification - with the land on which it stands, on the basis of the idea that all cultural factors are the product of the land in which they are born.
The building is constructed on a single level standing on the top of the hill and a basement level opening onto an outdoor amphitheatre, to the west of which extensive terraced fields follow the natural slope of the hill. The ground floor is composed of an entrance, administrative offices, galleries, screening rooms and a coffee shop. On the lower level is a research and educational centre containing classrooms, laboratories and administrative offices opening onto an amphitheatre dug into the stone to the west. The lower level also contains the main spaces of the museum’s art collection, photo archives and warehouses. The warehouses are not open to the public, and open onto a more private courtyard on the eastern side of the building.
The harsh colours of the land and its painful history of domination are expressed in the aggressive geometric shapes of the main volume, with sharp corners creating a zig-zag shape no matter what angle it is seen from. These lines generate others descending the slope: marked by stone walls, they follow in the tracks of previous agricultural activity to form terraces. In the extraordinary photographs taken from the air, these terraces look like different layers in a continually emerging inheritance of history.
In the plans by Jordanian architect Lara Zureikat, by extending into a garden featuring native local trees alongside species imported through commercial processes, the museum represents the diversity of the vegetation now existing in Palestine; as we walk along its stone walls we pass naturalised citrus trees planted alongside native aromatic herbs. In short, the museum interweaves the most ancient Palestinian identity with the elements that have become a part of it over the years, allowing us to read the rich layers of history of the land through its agricultural heritage.
The project is located on a level of unstable balance between the search for integration and the urge to stand out in the landscape, as if to express a will to identify with the history of the place, constantly disregarded, limited and impeded. From whatever angle it is viewed, the Museum of Palestine is laden with tension, expressed in its straight lines, not even tempered by its integration with the earth or by the presence of vegetation on the cultivated terraces. 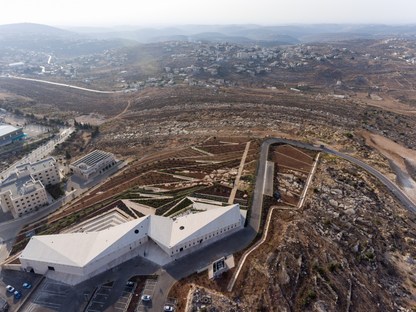 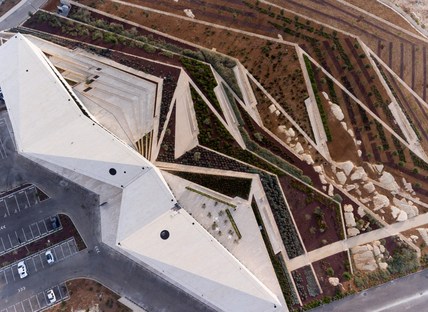 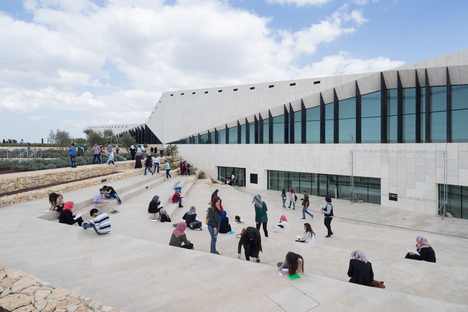 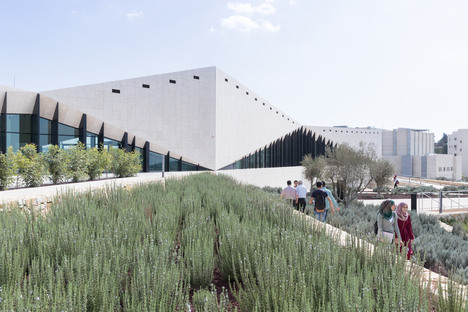 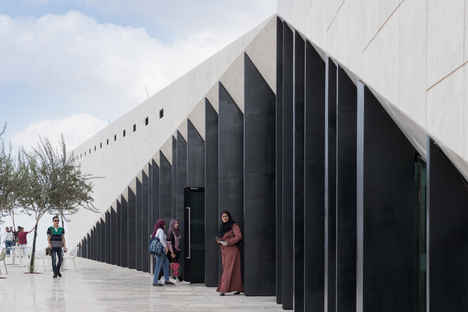 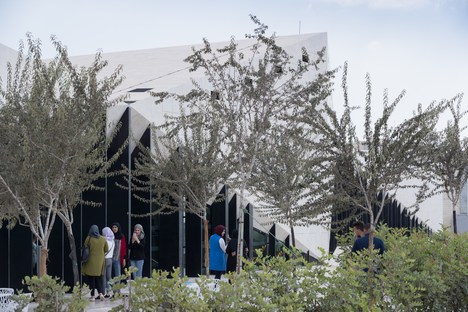 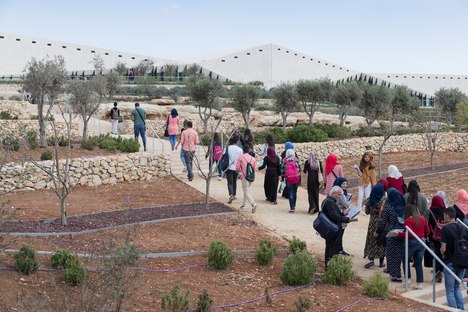 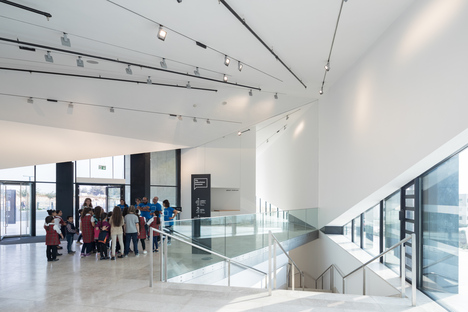 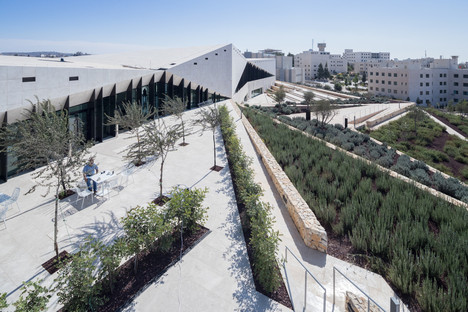 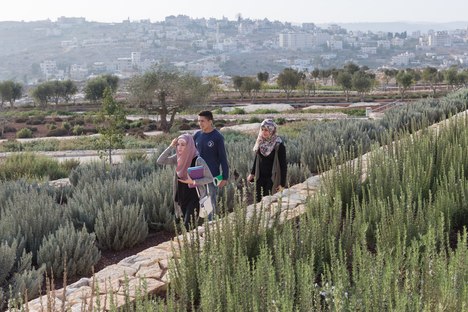 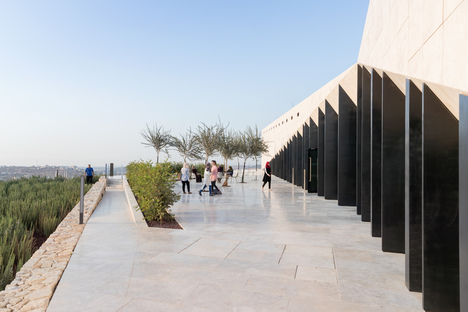 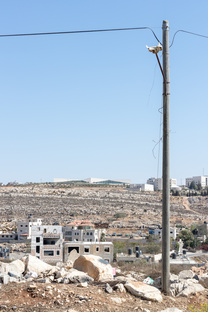 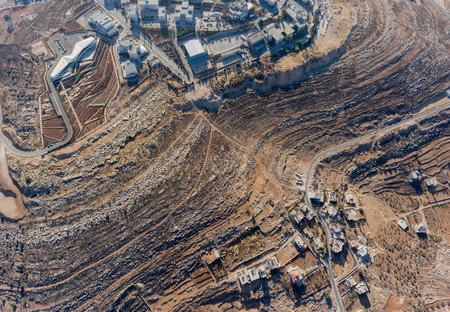 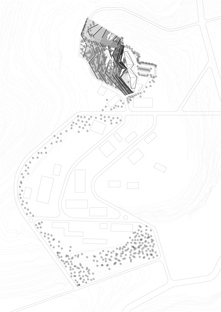 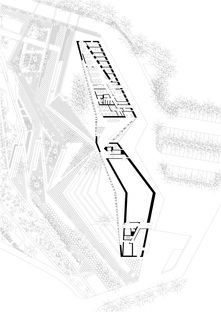 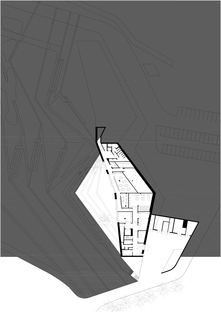 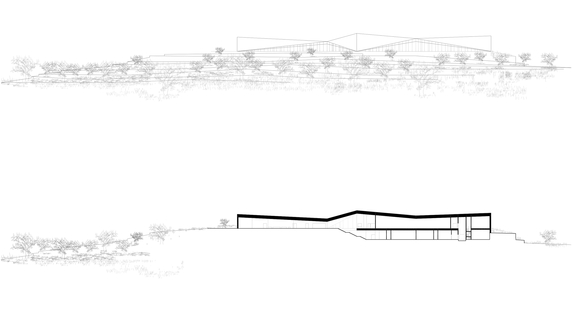 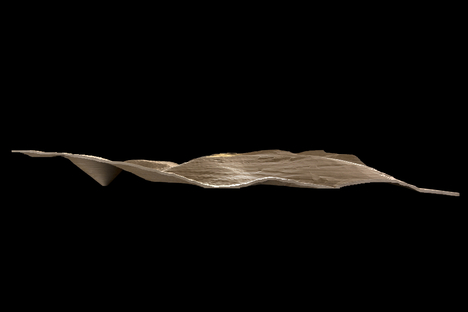 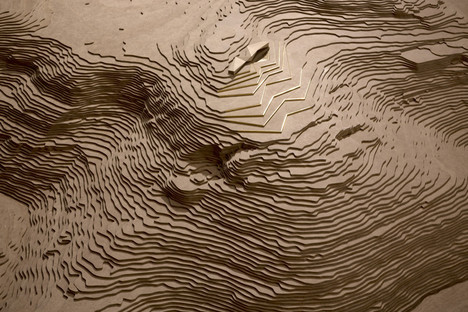