An architecture designed to help craft a truly great wine, all thanks to the use of passive energy systems. This is the Clos Pachem winery, designed by Sabadell-based firm Harquitectes in the tiny village of Gratallops, in the province of Tarragona, Catalonia. 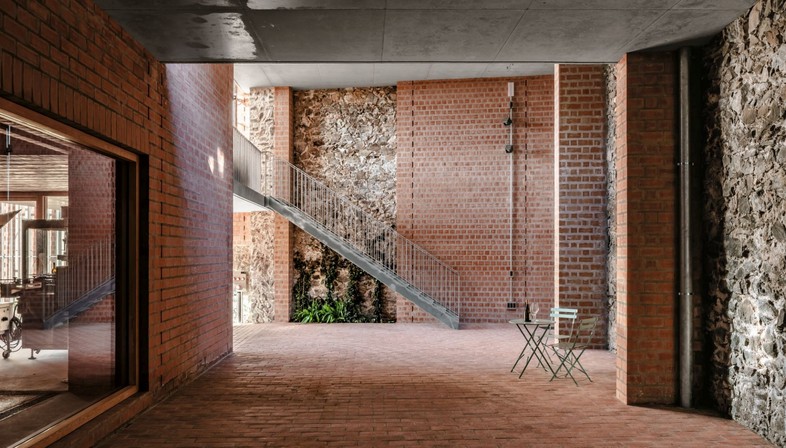 No strangers to working in contexts brimming with history to be preserved and updated - as in the case of the holiday home in the village of Ullastret, near Girona - Harquitectes has now completed a delicate project within the minute urban fabric of Gratallops, in keeping with the existing elements whilst also making it suitable for new production requirements.
In this case, the project is located on a site in the heart of the village, originally occupied by an abandoned building. Gratallops is a hamlet of just over 200 people situated on the land home to the vines that produce Priorat, Tarragona’s famous wine with a Qualified Denomination of Origin, and it comes as no surprise that its centre is peppered with wine shops and winemaking facilities at every turn. The plot where the Clos Pachem winery now stands was once home to a two-storey building and an empty section covered by wild-growing plant life, which sprang up due to its having been neglected. The boundary of the site was marked out by a stone wall - an old and irregular structure characterised by a mixture of stones, bricks and plaster - which formed the starting point for the project. All around it are low houses - all cast in the same mould - along with a handful of new buildings in exposed concrete and, last but certainly not least, the Església parroquial de Sant Llorenç, with its brick walls and imposing proportions, dominating the entire settlement. The village has managed to maintain its authenticity, in part thanks to respectfully-chosen colour and material options, ensuring that its tourism-related needs fit harmoniously with those of its wine production and, of course, the residents who still live within its walls.
The polygonal lot of the Clos Pachem winery has an L-shaped plan which town planning regulations require to be split into two parts, with a structure built on each: one large rectangular volume, made as wide and tall as possible, houses the fermentation area, whilst the other, Z-shaped volume contains the various service areas. The latter was conceived as a covered walkway which runs closely alongside the main pavilion to the south. The route follows the geometry of the site and the brick and stone walls which mark the boundary of the plot, right at the edge of the surrounding buildings - the only ones to have been saved and reclaimed. This is a semi-public area, which is also visually linked to the street via a tall yet ‘see-through’ iron gate, with a series of rooms and spaces equipped for wine tasting which are open to visitors. The terracotta flooring is intended to reflect the colour and texture of the brick used for the walls, creating the perception that one is entering somewhere markedly different to the public street. On the opposite side stands an imposing stone wall, with new concrete slabs attached to it at different heights to provide shade to the path, each covered with hanging greenery or set up to be walked on for use as terraces. The architects wanted to recreate the ambience of an underground space which feels protected, with the implication that it is therefore valuable and important. 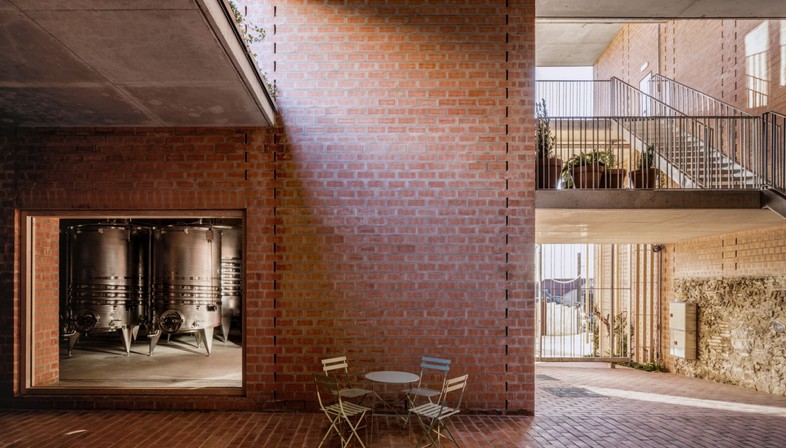 But this is not merely an aesthetic assessment. This is the first in a series of choices which, from the very outset, have come together to create an architecture as a system which minimises the energy requirements and the use of machinery to create a comfortable environment. The architects explain that the architecture was somehow inspired by the biodynamic principles underpinning how the wine itself is made, minimising artificial interference as much as possible and instead favouring passive microclimate management systems.
Rainwater, which collects on the rooftops and overflows from one to the next slower and slower, helps to keep the space pleasantly cool. The terraces also lend protection and shade from the scorching sunlight, improve the atmosphere both for the visitors and for the innermost winemaking area.
Following the demolition of the existing building - except for the boundary walls and part of the wall on Carrer del Pirò - the basement level was then excavated in order to carve out a barrique cellar and a storage area for the bottled wine. These environments require constant levels of humidity and temperature, which are easiest to ensure in a natural way - in other words, in contact with the ground.
However, establishing stable conditions in the fermentation room proved significantly more challenging. In order to convey the warmest air upwards and keep the lower area cool, given that the silos are located there, Harquitectes designed an empty space more than eight metres high. The perimeter walls and roof are made from layers of brick up to 1.75 metres deep, creating cavities filled with cool air. On the longest side, which faces the internal path, these walls are not completely filled in; instead, they rest on pillars, creating large openings which favour the circulation of air within the cavities.Their purpose, however, is not limited to one of technical climate control, as this solution also serves as a link between the passageways and the fermentation room, facilitating vehicular manoeuvres, the transportation of grapes and the storage of machinery, besides helping visitors to understand the various stages of the winemaking process.
The final step in harnessing the power of the architecture itself as a passive system for biodynamic wine production comes in the shape of the roof, which functions as a heat exchanger. A closed-circuit water recirculation system is spread over two parallel levels: the upper level is in contact with the outside, where the water is used as a heat transfer fluid at night in order to dissipate the heat from the inside environment, whilst the lower level is in contact with the ground, where the coolness of the earth is conveyed into the structure. This large-scale, radiation-based exchange between the inside of the building and the temperature of the outside environment is a boundless source of cooling power. The main façade, which is a brick reconstruction of the old, partially demolished perimeter wall, is finished with a thin layer of mortar: a sort of patina of time which brings the new façade in line with the historical ones that lend Gratallops its character. This allows an observer to discern the pattern of the bricks laid, the lines of the beams, and even the height at which the internal walls stop to allow air to circulate within the cavities. The architecture boldly declares its internal function and construction system on the outside, yet remains tastefully understated and deferential to the centuries of history that preceded it. 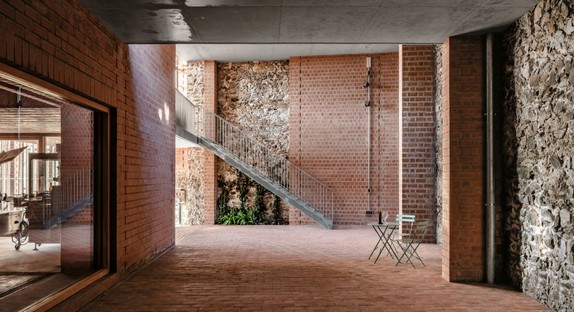 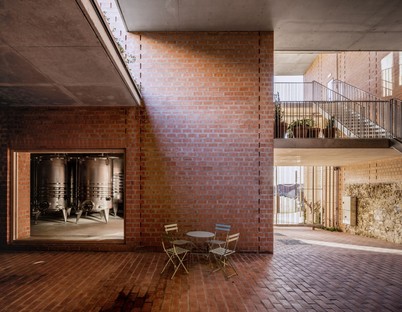 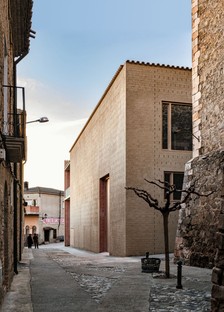 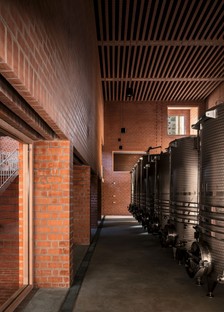 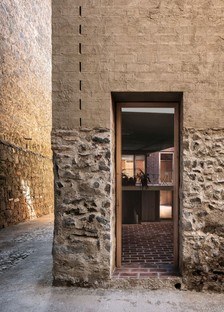 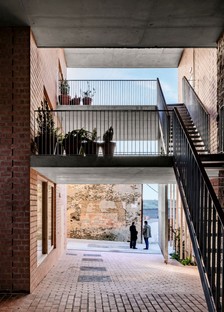 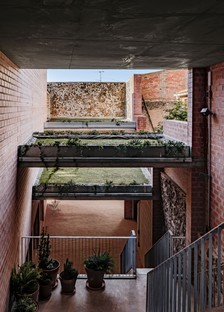 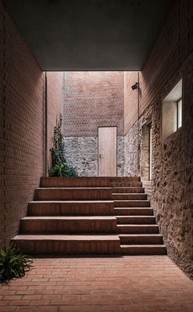 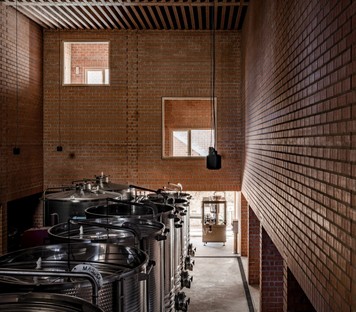 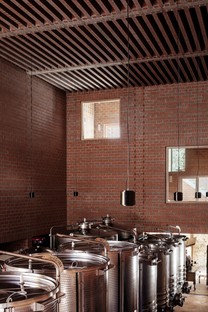 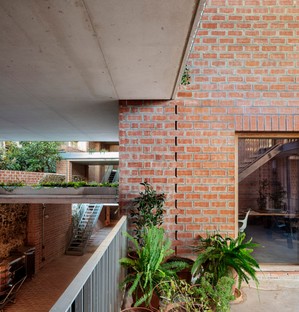 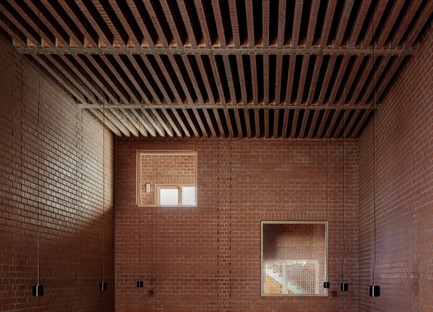 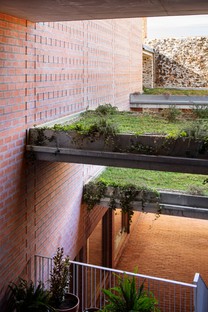 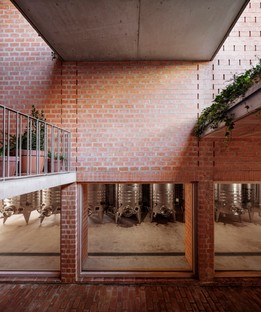 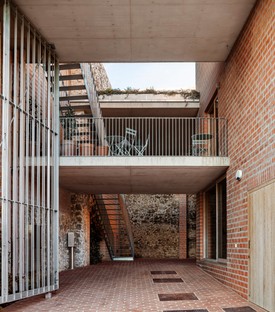 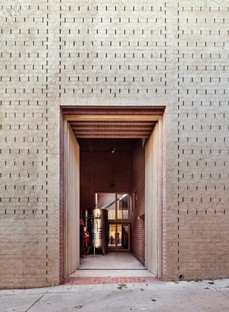 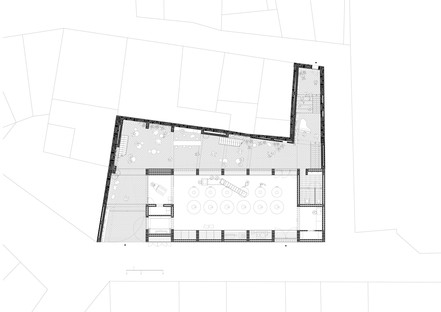 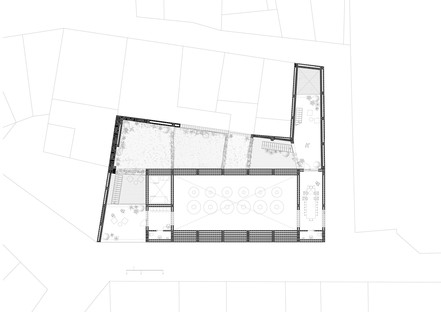 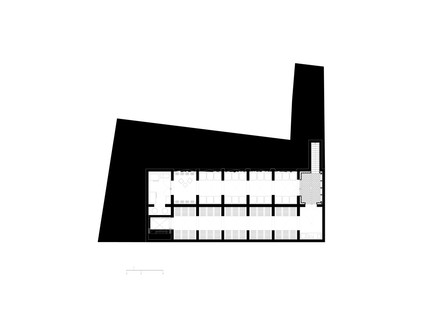 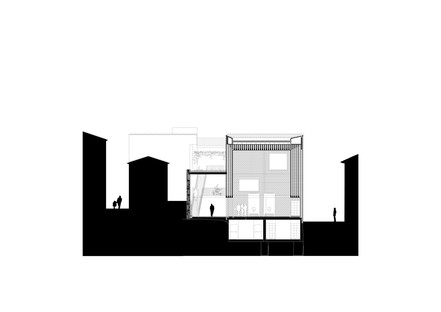 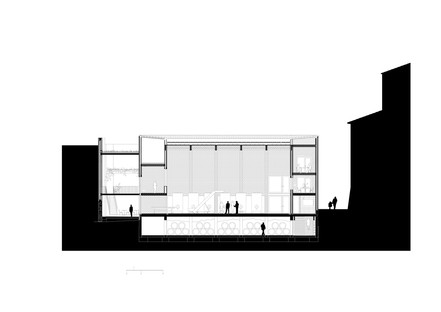 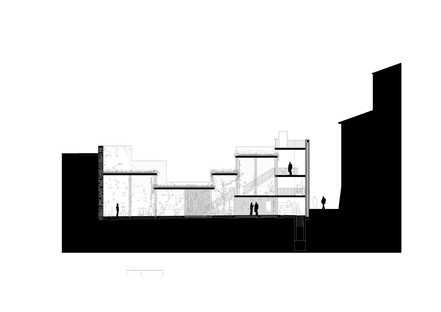 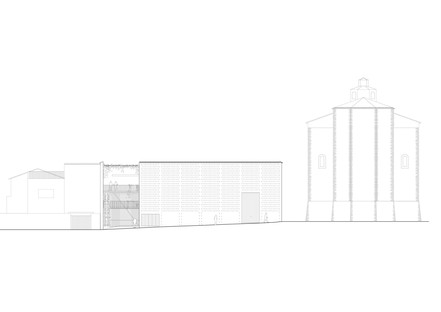 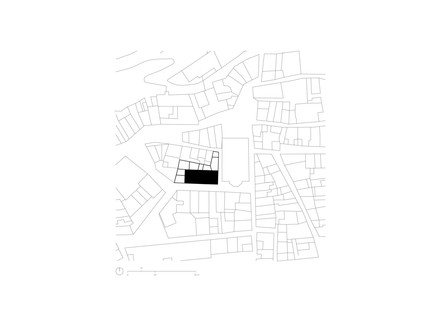 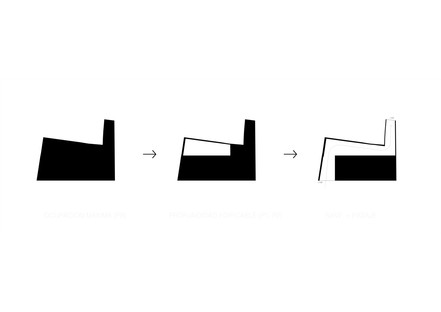