On May 3 the opening of the 29th Teheran International Book Fair marked the inauguration of a new exhibition centre in the Iranian capital designed by architects von Gerkan, Marg and Partners, gmp. 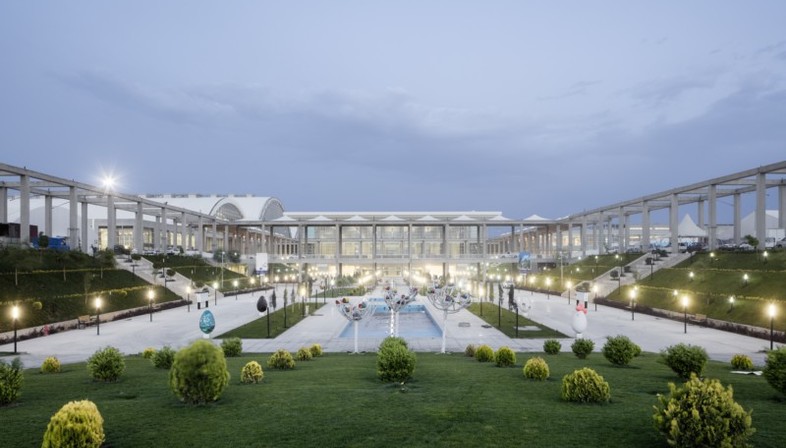 The opening of the 29th Teheran International Book Fair on May 3 inaugurated a new exhibition centre designed by gmp, architects von Gerkan, Marg and Partners. The trade fair centre, which will be called "Shahre Aftab" (City of the Sun) , is actually still being completed, and in fact the opening marked the completion of the first stage in the project, which includes the main exhibition hall and the biggest hall in the complex.
When complete, the complex will incorporate 16 pavilions with a total of 120,000m² of exhibition space. The centre is about ten km south of Teheran, connected to the city via a metro line inaugurated at the same time as the exhibition centre. The architects drew their inspiration for the design of the spaces in the centre and the central garden from the ancient history of Iran: one of the exhibition halls is inspired by the Hall of One Hundred Columns in the ancient imperial city of Persepolis, for example, while the garden contains elements drawn from the ancient tradition of Persian gardens. The garden will be 1600 metres long, with avenues running along its sides shaded by arcades and a waterway which becomes a round pool with fountains in the centre. 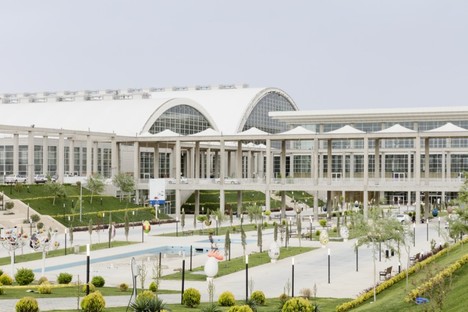 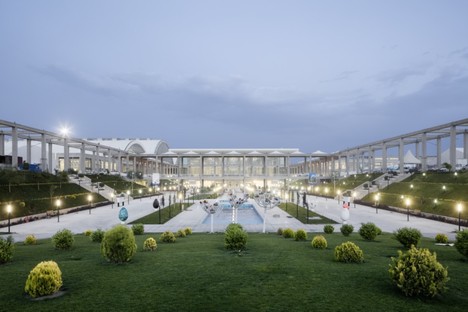 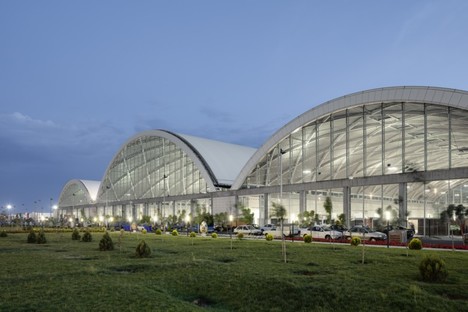 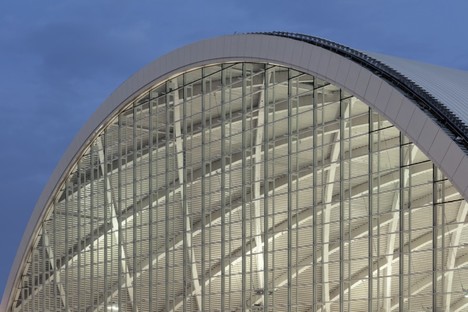 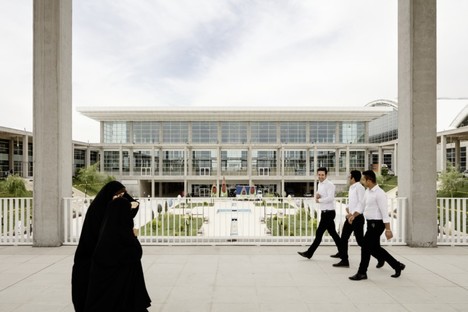 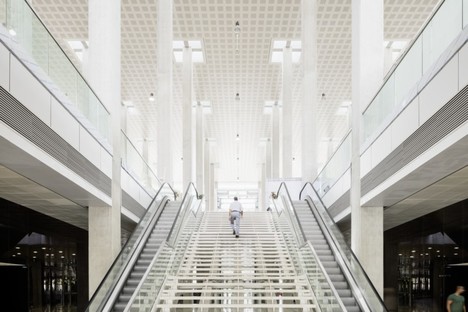 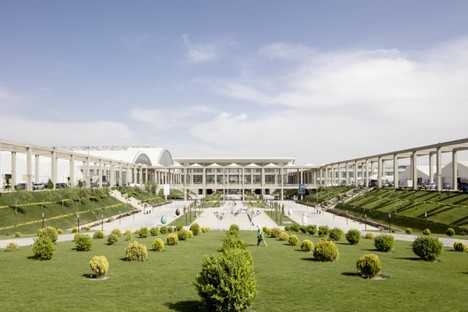 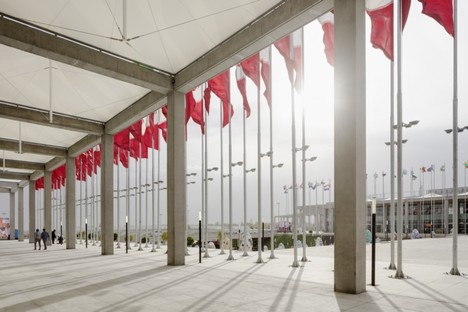 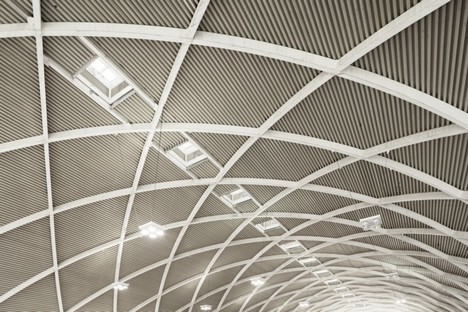 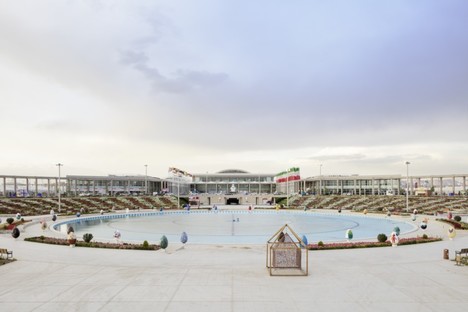 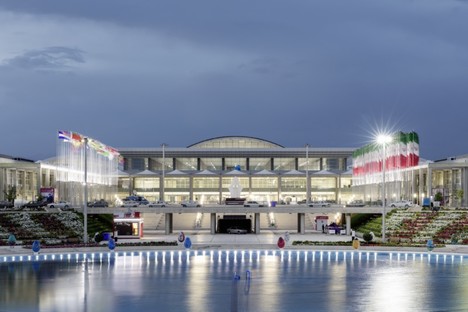 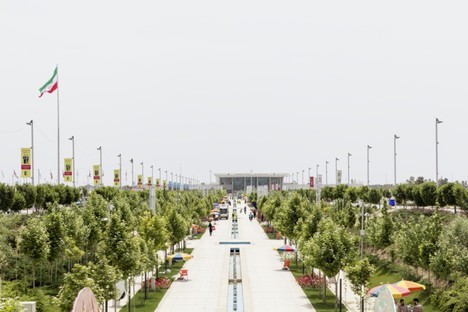 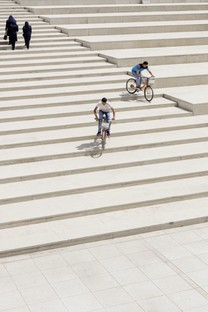