The architecture of Christian de Portzamparc becomes a pure abstraction of light and colours in photographs by Gitty Darugar. The exhibition is currently underway at La Galerie d'Architecture in Paris until 16th May 2018. 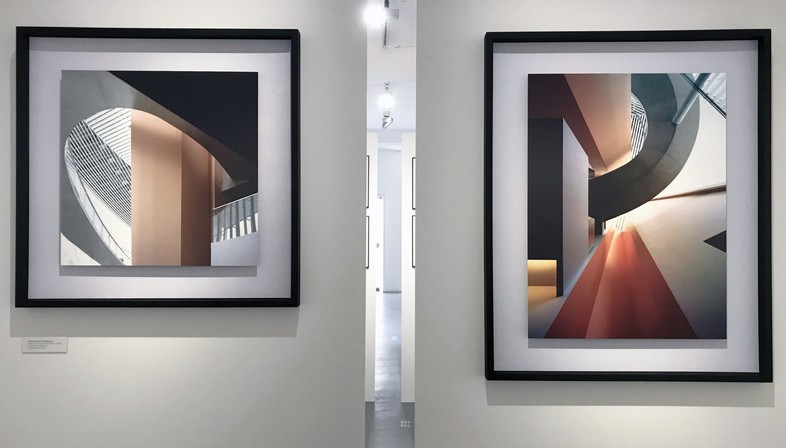 La Galerie d'Architecture in Paris has recently opened an exhibition dedicated to the work of Iranian photographerGitty Darugar.
With an Iranian father and German mother, after attending schools in Tehran, Switzerland, France and the UK, Gitty Darugar enrolled at the Berlin school of dramatic art and became part of the Berlin company « Schiller und Schlosspark-Theater ». After a great deal of activity in theatre, cinema and German television in the '80s, she encountered photography through a friend, Sven Nykvist , several times Oscar-winner and a famous director of photography in over twenty films by Ingmar Bergman.
With a particular interest in portraits, Gitty Darugar also photographed architects Christian de Portzamparc, Jean Nouvel, Mario Botta and Yves Lion, and thus began her journey and interest in photographing architecture.

“Gitty Darugar has a very personal way of seeing architecture. Not being an architect by profession, her perception, her way of looking at architecture is free, unrestricted, neither bound by the eye of architect nor by the conventions of architectural photography. Therefore, she is free to play with architecture; she looks for the unusual view point: from under a footbridge, or from behind a pillar, she succeeds in creating extraordinary images of an exceptional architecture. Her eye, her way of seeing architecture is pure sorcery.”
Gian Mauro Maurizio,director of «La Galerie d’Architecture» Paris.
As highlighted by the director of La Galerie d'Architecture, Gitty Darugar interprets buildings as pure abstractions and is able to capture the essence of architecture by deconstructing it into form, function, light and colour. This gives the observer an unusual viewpoint, and through this a new architecture that is not visible to everyone.

Robert McD. Parker, an art historian and consultant for international museums including The Metropolitan Museum of Art, New York, has noted how Gitty Darugar interprets new buildings as pure, abstract forms and manages to create new artistic compositions, where three-dimensional elements are equally perceptible, but are translated into two dimensions through photography. The historian also highlights the relationship with nature and notes how “ Her architectural photographs demonstrate not only how Architecture and Nature imitate one another - but also how, through Darugar’s work, this dialogue can achieve further creative expression in photography”.

The exhibition at La Galerie d'Architecture contains photos by Gitty Darugar of architecture by Christian de Portzamparc. There is an important understanding between the architect and the photographer. Gitty Darugar manages to capture “the poetry of Christian de Portzamparc’s architecture ” (Karin Reiss, Berlin) and does it particularly through photographs of details. They are photographs that appear abstract images but that condense the essential nature of the architect’s work and, at the same time, capture the viewer’s attention. One example are photographs of the Luxembourg Philharmonic: The Grande-Duchesse Joséphine-Charlotte Concert Hall designed in 2012. The most famous photo, used in the exhibition flyer, was taken beneath the walkway. It looks like the photo of an abstract painting, with a black curve (the walkway) amidst the other coloured shapes, but it is only an effect where light and shade give the whole a three-dimensionality and allow us to interpret the architecture. 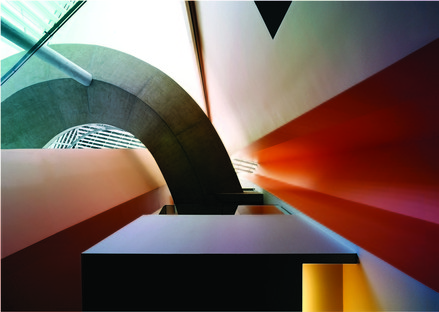 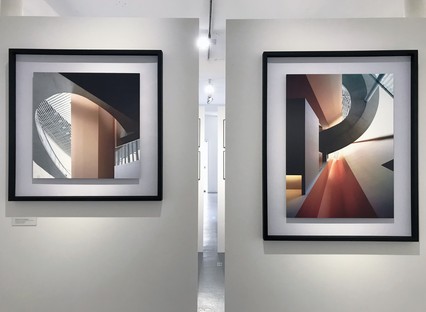 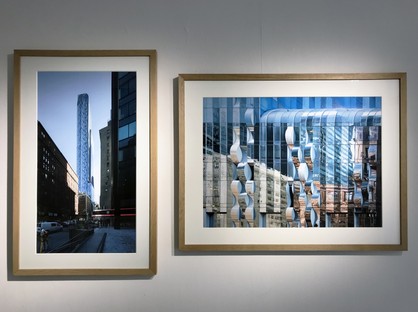 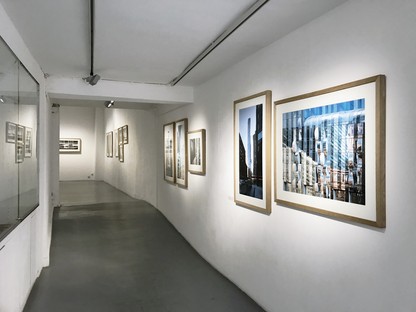 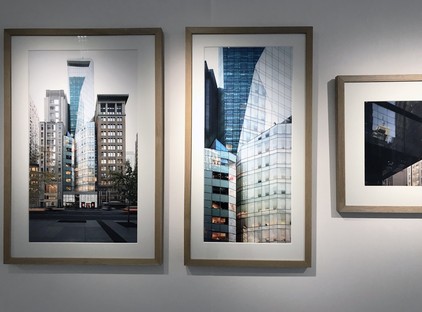 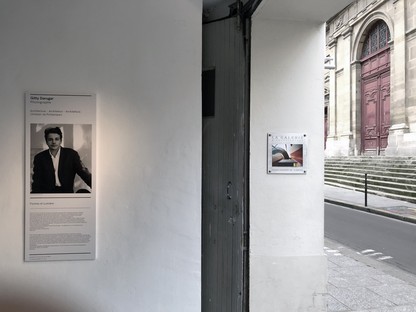 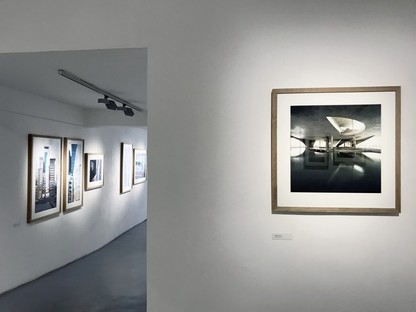 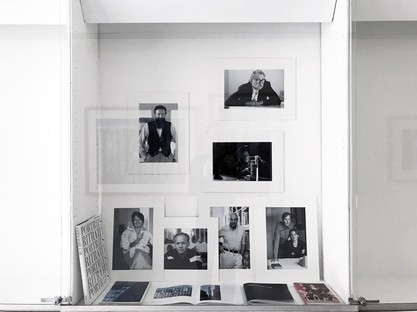 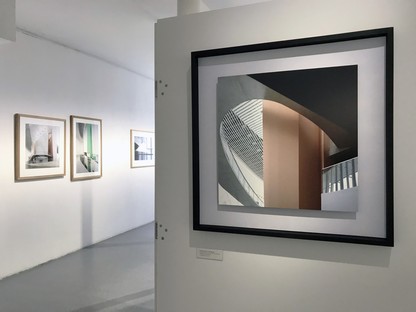 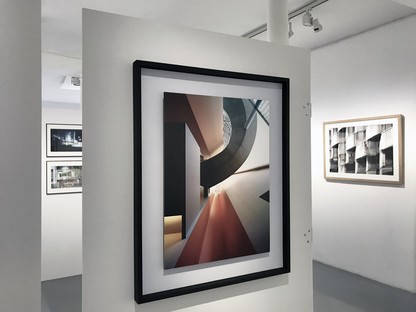 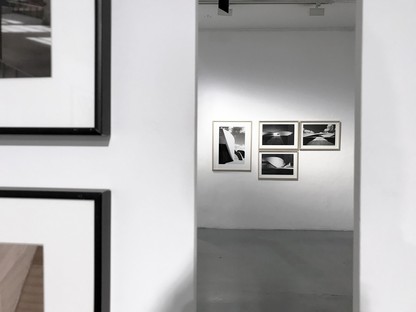 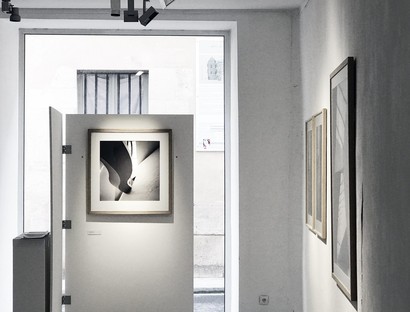 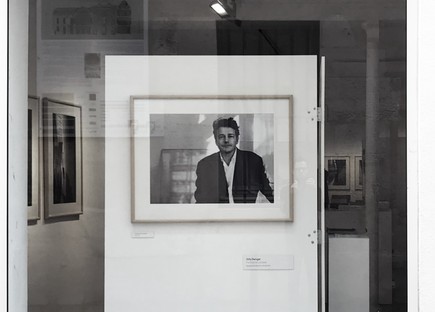 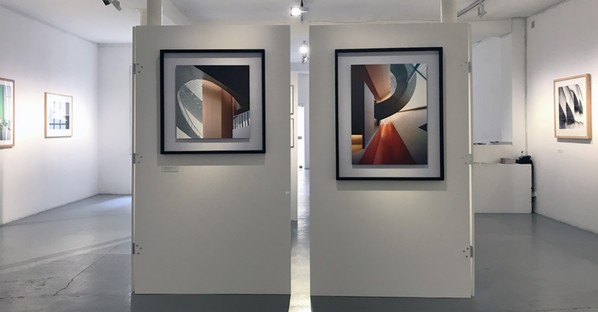