Gerner Gerner Plus House by The Sea in Crete

Gerner Gerner Plus’s project fits perfectly into its natural surroundings on a lot set on a gentle slope, with the mountains behind it and the blue sea of Crete in front: a house from which to enjoy a spectacular 180° panoramic view over the sea. 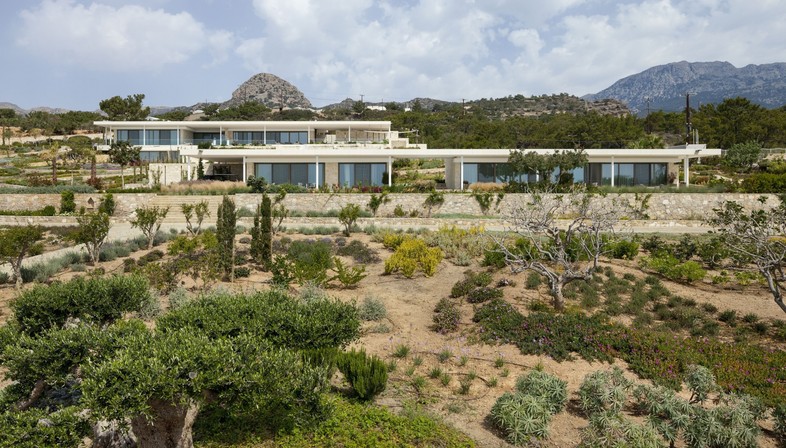 The biggest of the Greek islands, Crete, combines an illustrious past as the cradle of the Minoan civilisation, embodied in the famous Palace of Knossos, with a land of great natural variety. From the white beaches of Elafonisi to the broken coastline, the plains of Messarà and the high mountains of Lefka Ori, the mountain chain including the 2456-metre Mount Ida, home to the Ideon cave, where Zeus, the father of the gods of Olympus, was raised according to Greek mythology.
On the southern part of the island, on the part of the Mediterranean known as the Libyan Sea, the broken coastline is steeper and rockier. In this rough natural setting between the mountains and the sea, the architects of Austrian studio Gerner Gerner Plus have designed a holiday home that fits perfectly into the landscape. 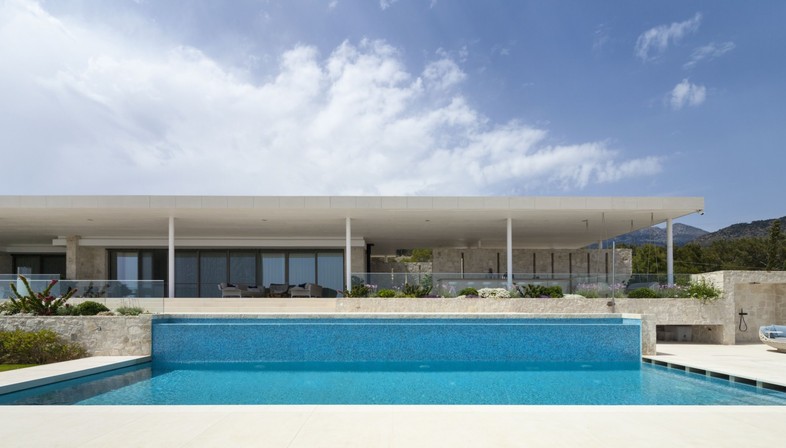 It appears to be the ideal destination for a dream vacation in the photographs taken by Rupert Steiner. The holiday house in Crete was designed by Gerner Gerner Plus, the studio founded by architects Andreas and Gerda Maria Gerner in 2000 (Matthias Raiger has also been a partner in the studio since 2013), to meet the strictest Austrian standards for thermal insulation, ensuring the utmost comfort in the home even in winter.
The site on which the home stands was a desolate area on a slight slope, a rough landscape sculpted by the wind, the sea and the sun, as shown in Rupert Steiner’s photographs. The first important difficulty addressed in the project was making the area usable to permit the construction site to be set up: the water had to be drained to protect the site against the violent rainstorms typical of the area. The architects have managed to transform this difficult territory into a Mediterranean garden, preserving its dry appearance but in well-groomed flowerbeds and specially designed areas planted with local species. 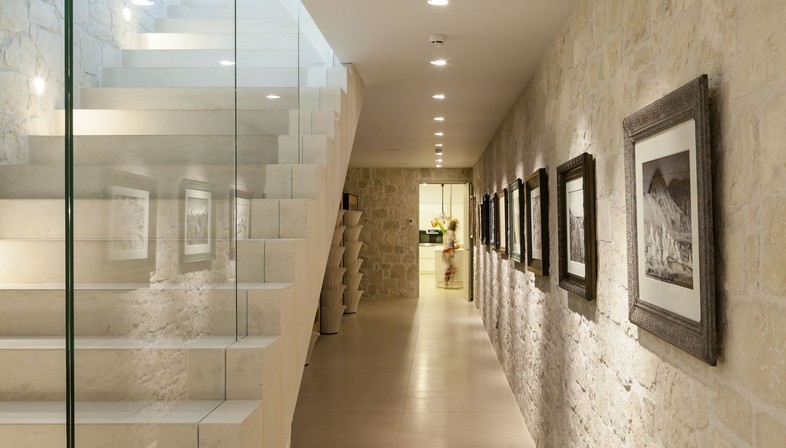 In this garden, the 250 sqm home is divided into two blocks of simple, regular shape. The two volumes are offset, making use of the natural slope of the land, in a position providing the main spaces, such as the bedrooms and living areas, with a spectacular 180° view over the Libyan Sea.
The lower volume, of smaller size, is a guesthouse divided into three two-room units with bedrooms, bathrooms and living areas. The owners’ bedroom and living area are contained in the sixty-metre long volume on the upper level, making use of the natural slope of the land.
Long walls made of local stone define the paths between the two volumes and shelter the walkways and outdoor areas from the strong winds characteristic of the area.
Between the two residential blocks the architects have placed one of the elements characterising the park, a large swimming pool complete with an outdoor bar, seats and services. Another important element is the big covered patio, an herb garden with walls of local stone to shelter the plants from the strong winds, while sufficient circulation of air and cooling is guaranteed by a well-designed system of slits and openings in the walls. 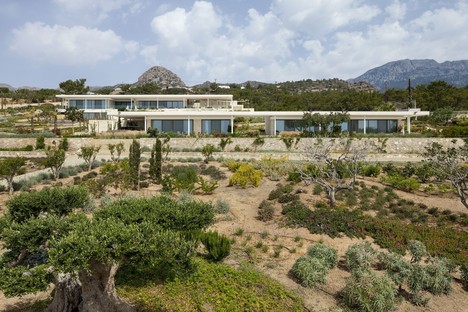 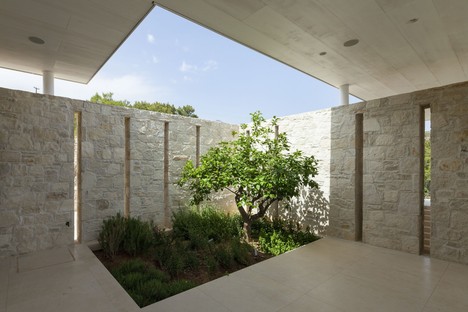 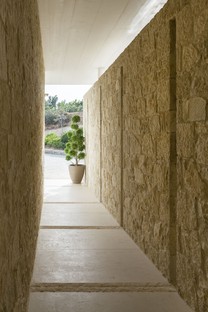 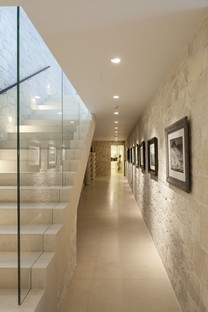 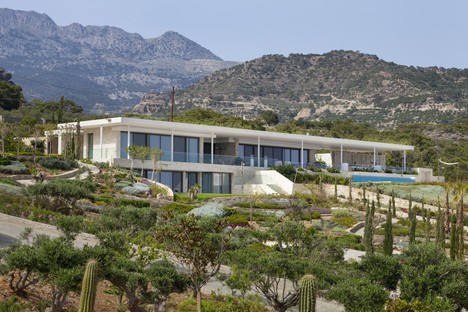