An oasis of peace and meditation immersed in the greenery of a bamboo forest is the image suggested by the recently completed Apple Cotai Central, designed by Foster + Partners in Macao, adding yet another piece to the puzzle of the British studio’s long-term partnership with the famous company founded by Steve Jobs. 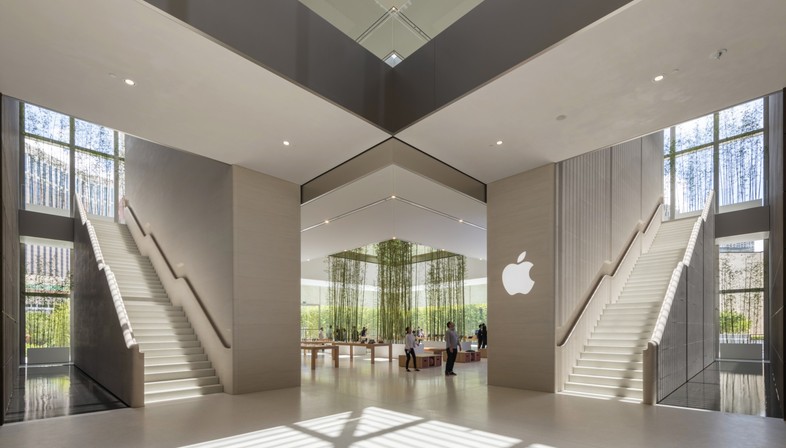 In apparent contrast with the frantic pace and liveliness of Cotai, the part of Macao consecrated to fun and tourism, the new Apple Store designed by Foster + Partners looks like an oasis of peace and meditation immersed in the greenery of a bamboo forest. The architectural studio founded by Sir Norman Foster adds another piece to the puzzle of its long-term partnership with the famous Cupertino company founded by Steve Jobs. 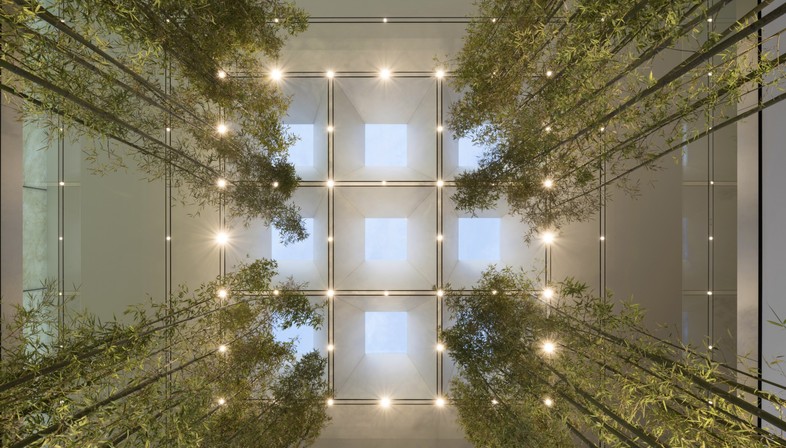 Foster + Partners has designed a lot of projects for Apple. In 2009 the British studio designed Steve Jobs Theatre for the Apple Park in Cupertino, USA and it completed and inaugurated the new Apple Park Visitor Center in the same park in November 2017. The partnership has also included the design of several Apple Stores in some of the world’s most important cities, developed in partnership with the Apple design team. The first projects, dating back to 2012, were the Apple Union Square in San Francisco and, especially, the Apple Store in Istanbul’s Zorlu Centre. The Instanbul store was the first in a series in which a number of common elements are easily recognisable, adapted to the context of subsequent stores. The common elements shared by the stores include use of pure geometric shapes and large glass elements. Glass becomes big floor-to-ceiling windows and geometric shapes lit up at night, like lanterns attracting the public. In 2013 the British studio designed its second Apple Store, Apple Westlake in Hangzhou, China. Two more projects followed in 2014: Apple Orchard Road in Singapore, the first Apple Store in the Asian metropolis, and the renovation of the first European Apple Store: Apple Regent Street in London. In 2015 the architects went back to America to design the award-winning Apple Michigan Avenue in Chicago, establishing a new relationship between the city and its river. In the same year, but on the other side of the world, in a big shopping centre by the spectacular Burj Khalifa fountains in Dubai, the studio designed the strong>Apple Dubai Mall. Another constant in the architectural concept becomes clear in this store, more than any other: the presence of elements recalling the local context. In the case of the Apple Dubai Mall it is the Mashrabiya, an element typically found in traditional Arabian architecture, reinterpreted and used to cast shade on the patio outside the store. 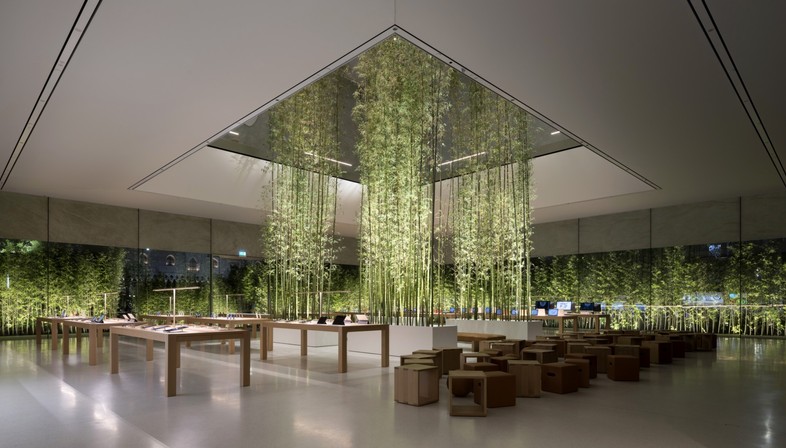 Foster + Partners’ Apple Cotai Central project combines technology, entertainment and art in a single inviting, contemplative space. The building does not occupy all the available space but is set back to create a public outdoor plaza where a translucent cube of stone bearing the company’s logo stands out from the bamboos around it. Foster + Partners contrasts the bright lights of the casino and nightclubs with the evanescence and delicate warm light of a “paper lantern”, a perfect cube covered with plates of composite glass and ultra-thin layers of stone, giving it its particular material qualities. The interior, organised on two levels visually connected by a big entrance foyer, is illuminated by a central skylight. The first level is wrapped in clear glass and surrounded by a bamboo forest. Two big stone staircases leading to the upper level surrounded by a composite glass wall give the space a great sense of calm and serenity. 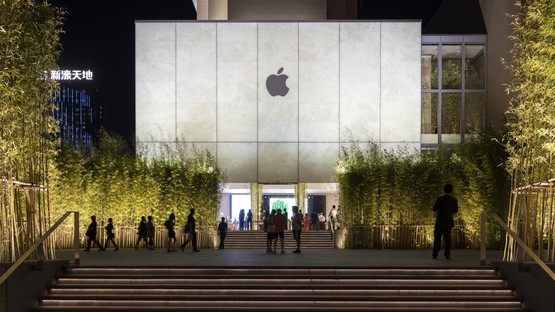 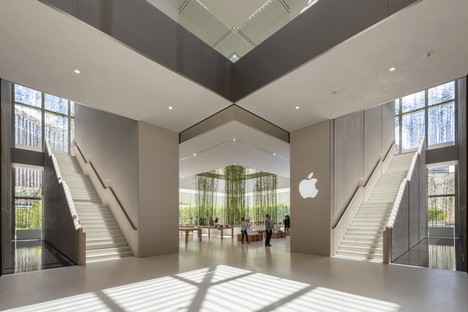 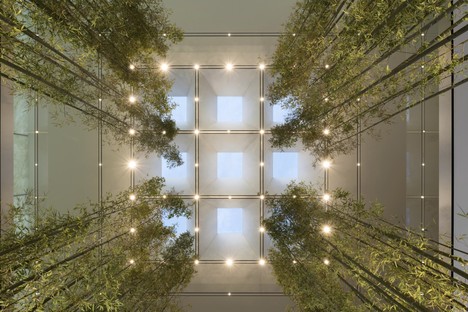 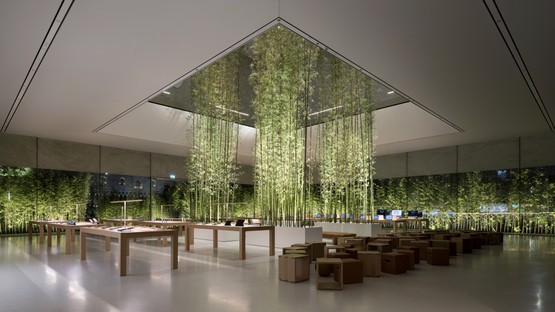 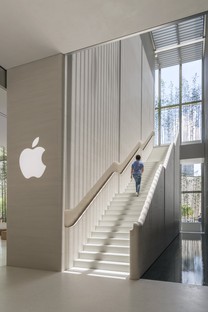 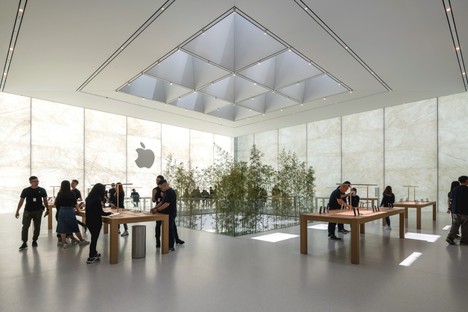 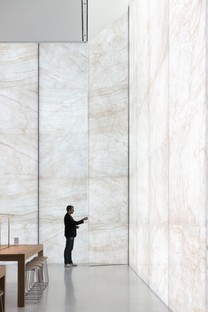 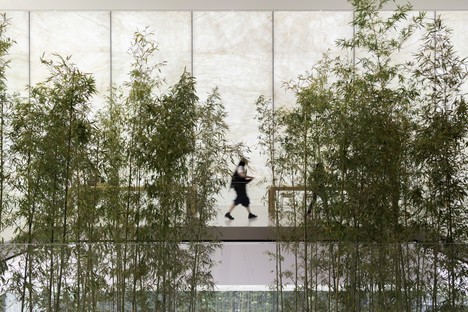