FAD Awards to Architecture and Interior Design, towards the 61st edition.

The FAD Awards are undoubtedly the doyens of the architecture and interior design awards. On 19th June the winners of each award category will be announced at Barcelona Design Week. From 18th May to 1st September, the designs that are part of the shortlist for the 61st edition will go on show to the general public through the exhibition “The Best Design of the Year” at the Disseny Hub in Barcelona. 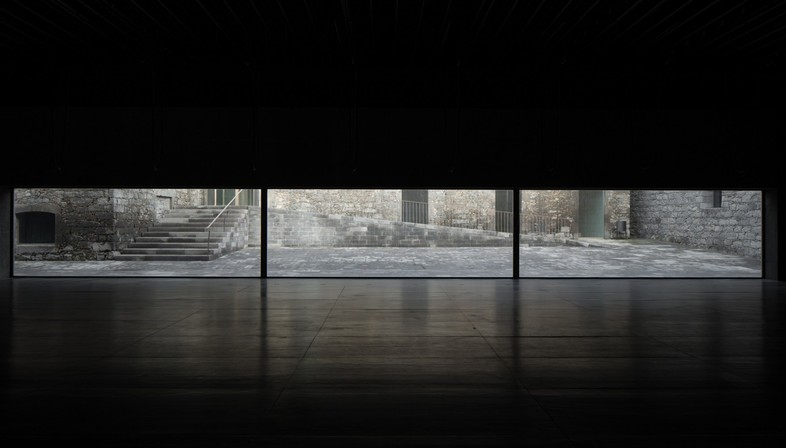 The “Premios FAD de Arquitectura e Interiorismo”, promoted and awarded by the ArquinFAD del Fomento de las Artes y del Diseño (FAD) in Spain, are undoubtedly amongst the longest running awards for architecture and interior design. They were set up by the famous Spanish architect Oriol Bohigas in 1958. The award was created to recognise and promote the merits of emerging contemporary architecture, becoming part of events that an active group of young Spanish architects organised in 1955, contributing to a significant renaissance in the profession. The award was created following the dark period of isolation after World War II, when many Spanish rationalist architects were exiled by Francisco Franco's regime. It is an initiative that certainly helped go beyond Neo-Herrerian architecture, a revival of the Herrerian architecture of the 16th century that characterized the early years of the dictatorship.
Since 2006 the award has had five categories: “architecture”, “interior design”, “city and landscape”, “ephemeral inventions” and “thought and critique”, which has been joined since 2017 by the “international”category. 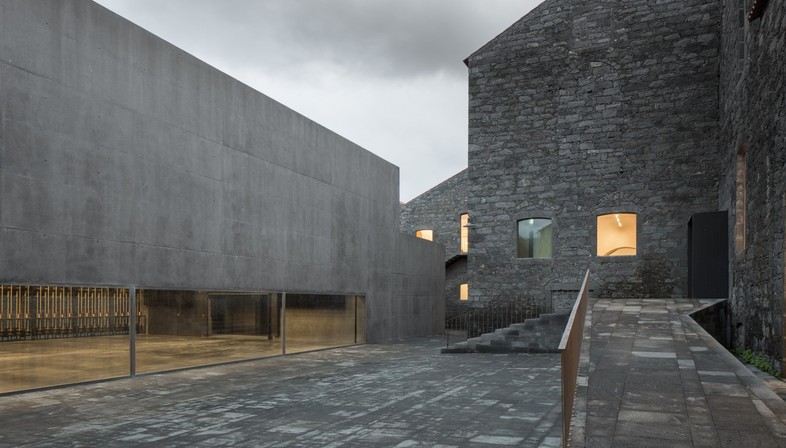 The FAD Awards are presented each year in the month of June to works created in Spain and Portugal before the end of the previous year. Many internationally famous architects have been the recipients of this renowned award. If we run through the long list of the “archiecture” category, as well as the founder Oriol Bohigas who won it twice (in 1959 and 1962), awards were also given to Ricardo Bofill (1964), Arata Isozaki (1990), Enric Miralles & Carme Pinós (1991), Norman Foster (1992), Rafael Moneo (in 1994 with Ignasi de Solá Morales and then in 2000), Emilio Tuñón & Luis Moreno Mansilla (2001), Enric Miralles & Benedetta Tagliabue (2004), Eduardo Souto de Moura (2005), Toni Gironés (2013), Elisabet Capdeferro and Ramón Bosch (2015). Among the winners of the most recent editions are architects Francisco Vieira de Campos, Cristina Guedes and João Mendes Ribeiro, who won in 2016 with the design for the Archipelago Contemporary Arts Center built in São Miguel in the Azzorres. In 2017 it was won by Luis Mansilla and Emilio Tuñón Álvarez with the Museo de Colecciones Reales in Madrid. And in 2018 the winner was the public housing project in Sant Ferran de Ses Roques by architects Carles Oliver Barceló, Antonio Martín Procopio, Joaquín Moyá Costa, Alfonso Reina Ferragut and Maria Antònia Garcías Roig. 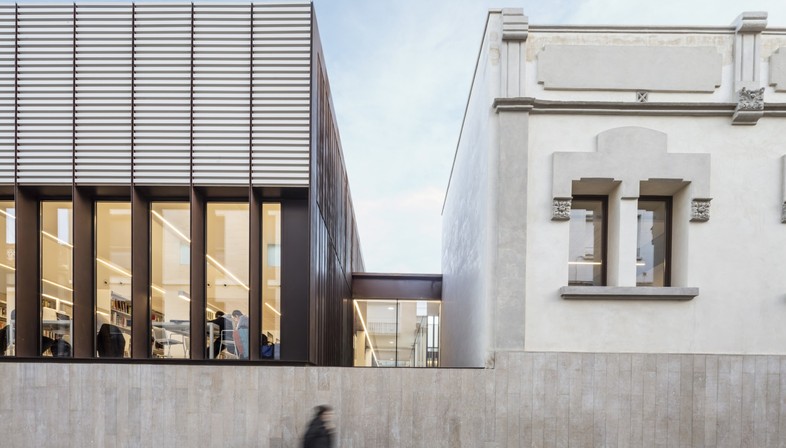 The 61st edition was a tough challenge for the jury, headed by architects Fuensanta Nieto, Anne Lacaton and Roger Miralles. 616 projects were candidates for the award. The jury selected a shortlist of 37 works that included the Sant Sadurnì Cultural Center by the Taller 9s arquitectesstudio. In an ex-school complex in the province of Barcelona, recently presented in the pages of Floornature, the Taller 9s architects created a project that combines history and modernity, offering interesting ideas on the redevelopment of historic buildings into public spaces. 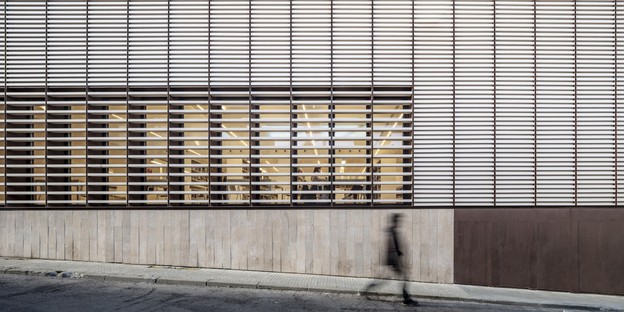 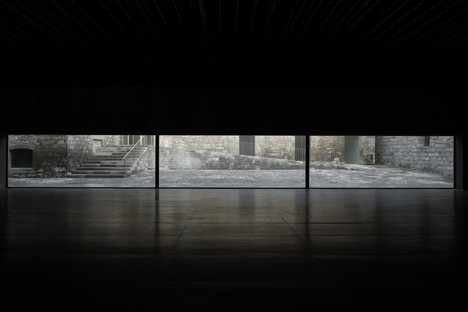 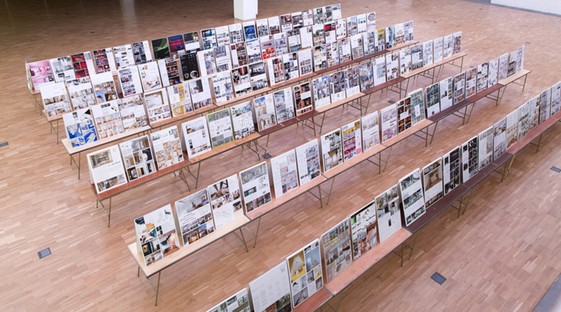 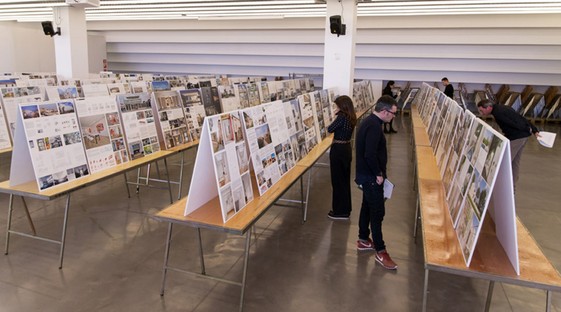 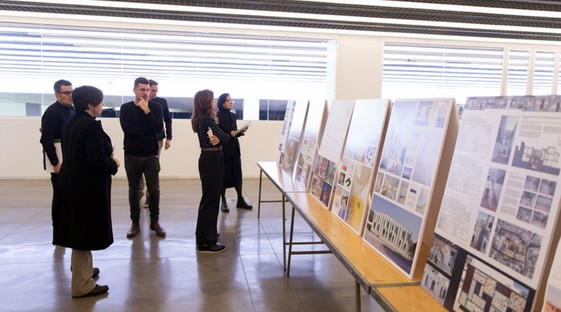 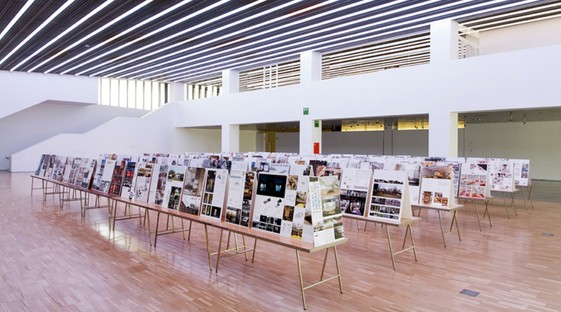 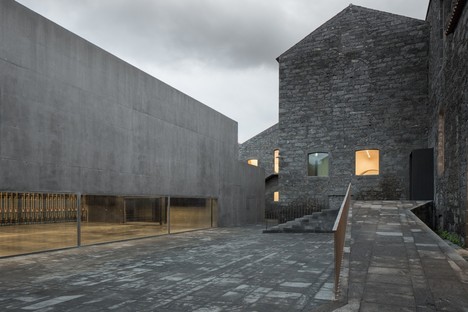 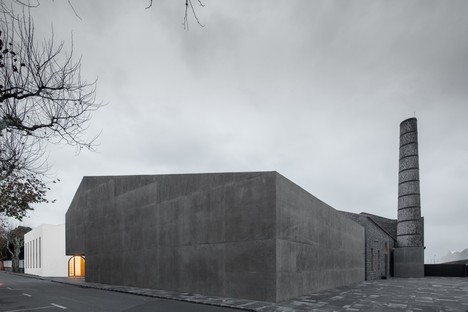 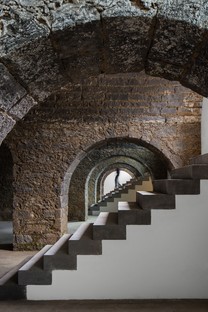 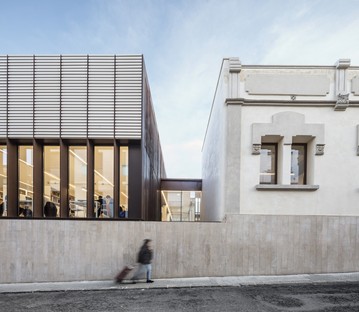 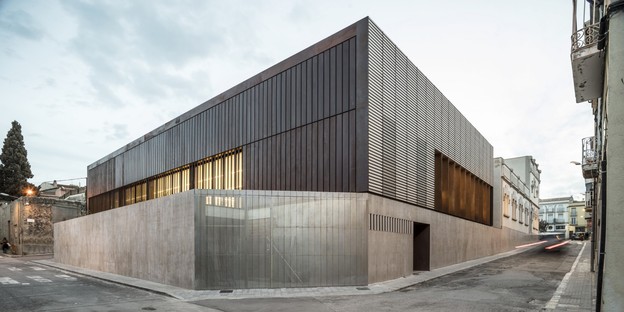