The new Erika car park building near the harbour in Malmö, Sweden, reminds us that any building must be designed appropriately for the landscape and urban context in which it will be constructed. Metro Arkitekter AB has built an infrastructure in the city’s old industrial area reflecting on the theme of urban regeneration. 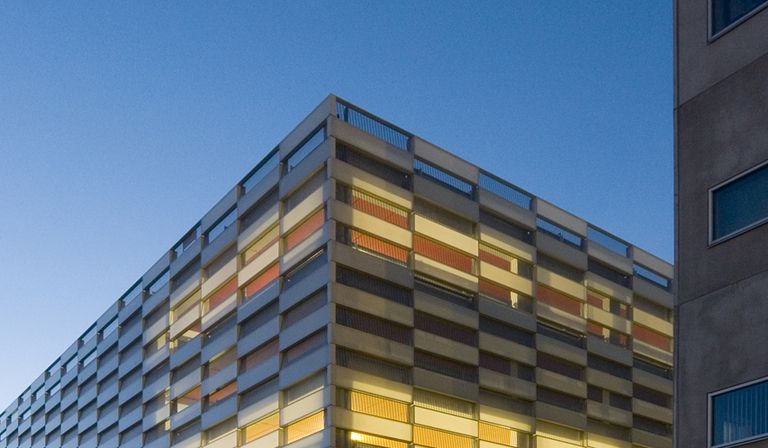 Regenerating a city means more than just aesthetically tweaking the urban landscape; it means using architecture as the indicator of a more profound, radical transformation. This project affects the way people get around and relate to one another and their city. Regenerating means completely transforming the land, especially when recovering areas abandoned by productive processes, reintegrating them into the city?s urban fabric and redeveloping them with the goal of putting a stop to social dispersion and breakdown.

The recent policy of the city of Malmö, one of the first great industrial cities of Scandinavia, now an important urban centre in southern Sweden, is particularly interesting in this regard. After the end of the economy of sea-going traffic, the city is attempting to build a future for itself by designing infrastructures for citizens? social and cultural development precisely in the areas where the city?s shipyards and factories stood only decades ago. In the year 2000 the long Öresund bridge designed by Dissing + Weitling was inaugurated, joining Malmö with Copenaghen. In 2001, the government set aside funds for recovery of former industrial areas and the city government came up with a series of projects for sustainable urban regeneration of these areas. Part of the port area no longer in use was the subject of a competition for construction of the new Bo01 residential district, where one of the primary issues addressed was social life, defined as re-appropriation of the city.

Near the new district, easily identified by the presence of the Turning Torso, Santiago Calatrava?s tower rising 190 metres into the sky to form a new urban landmark, our attention is drawn to a less dramatic project which is nonetheless of great visual and strategic importance. In place of the industrial agglomerate, which was subsequently knocked down, leaving an empty space in the city, Metro Arkitekter AB has designed a five-level parking lot overlooking a paved plaza which has become a gathering place for the city?s young skaters. The project is characterised by absolute formal simplicity, which however transforms the main façade facing the plaza into a backdrop, a scene characterised by easily comprehensible, non-invasive geometry, both necessary and anonymous, tracing the urban space to define its boundaries and proportions. Designed as a vertical chequerboard, in which cement alternates with glass, lightening it and accompanying interpretation of the empty space in the city, the building that casts its shadow on the skaters? plaza by day becomes a landmark for people passing through the city at night. 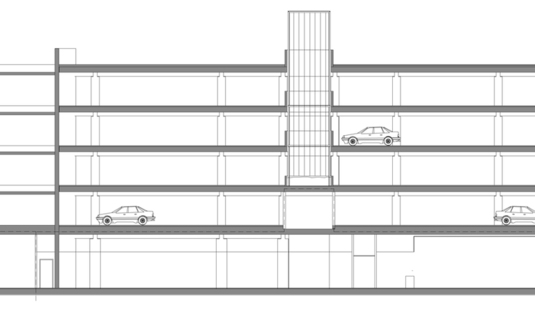 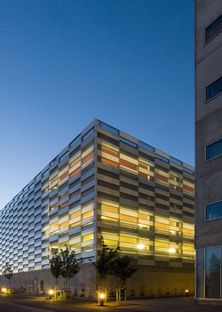 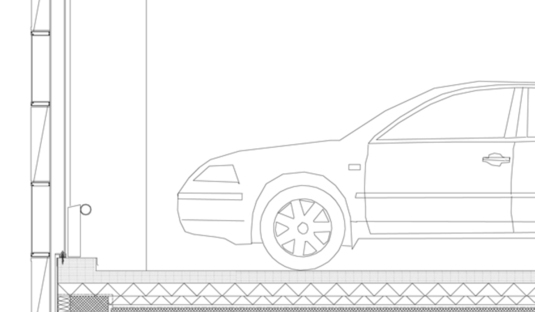 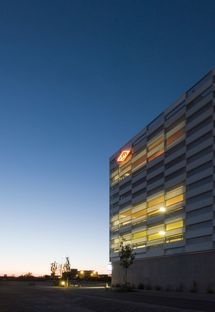 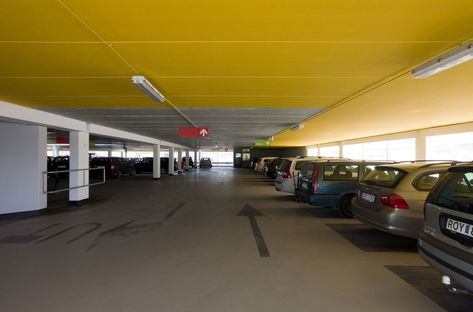 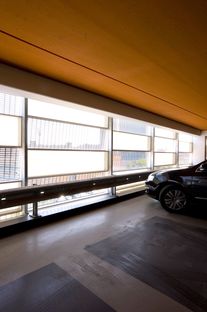 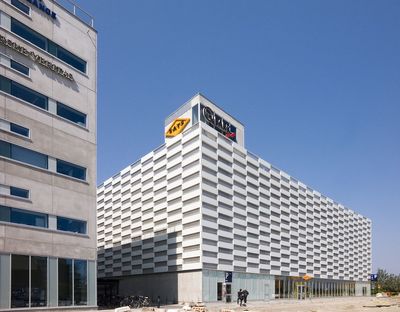 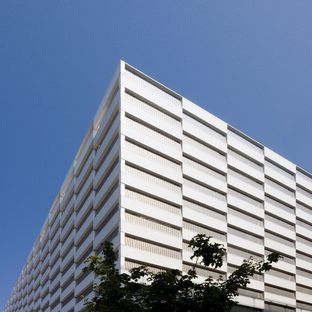 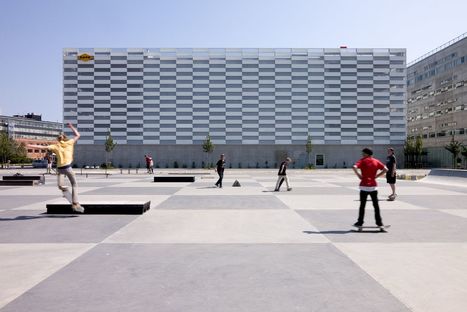 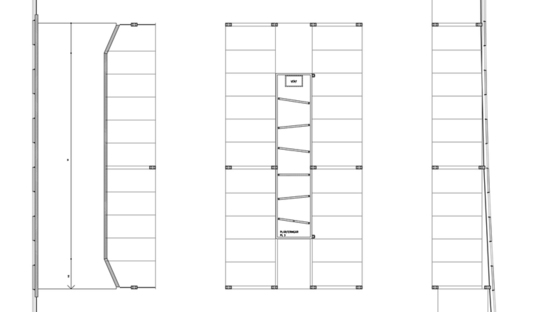 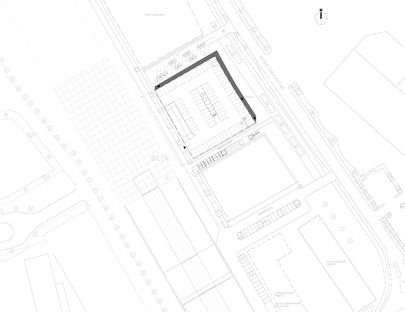 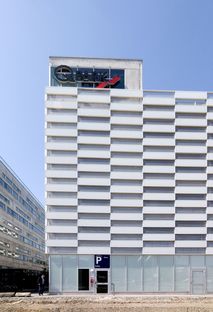 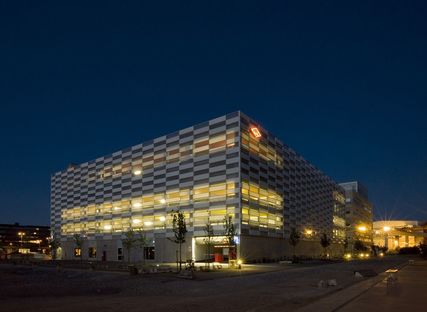 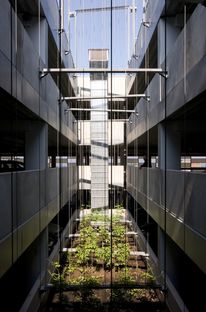