Ennead Architects built the Bridge for Laboratory Sciences building and renovated a number of existing volumes to unify the Sciences complex at Vassar College in Poughkeepsie. Ennead designed the new architectural volume as a bridge over Fonteyn Kill. 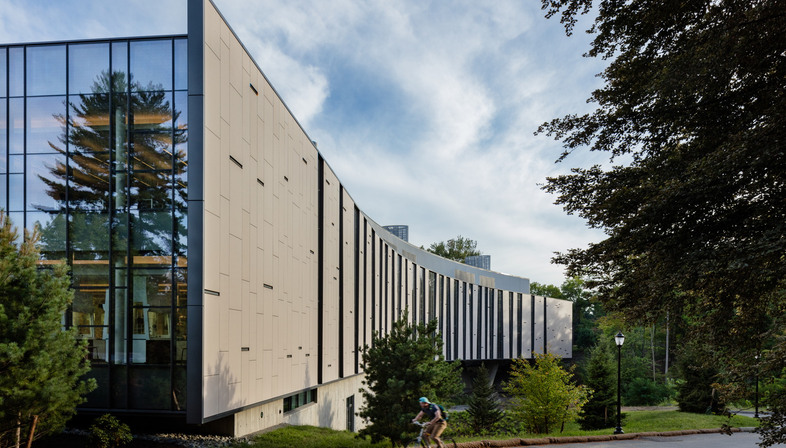 Ennead Architects’ project at Vassar College revolves around a wooded area along a stream, Fonteyn Kill, where nineteenth-century philanthropist Matthew Vassar founded the science university that bears his name. The stream was and still is famous for purity of its waters and the wealth of microinvertebrate species that inhabit it, and environmental projects have been implemented to protect it. Vassar College still pursues its mission of protecting Fonteyn Kill and its fauna, and has founded a new science laboratory featuring iconic, highly representative architecture, known as the Bridge for Laboratory Sciences building.
A new gateway to the College and a hinge connecting the volumes to the north and south, separated by the Fonteyn Kill, which flows through the entire campus from the Vasser Lake to Sunset Lake, the new laboratory is designed to look like a bridge. The infrastructure spanning the stream, which also contains offices, teaching laboratories and public spaces, repopulates the area around the stream bed, which is little used, and is intended to join the different faculty buildings, the complexes to the south and to the north of the stream included in the historic masterplan. To the north are the other buildings Ennead Architects worked on in the project, the New England and Sanders Physics buildings, containing offices, classrooms and laboratories, which have been completely renovated, while Olmsted Hall for Biological Sciences, which contains not only the biology department but shared classrooms and a nursery, has been renovated only in part.

Reclamation of swampy areas and clean-up of the stream follows the analysis of the requirements of all the science departments in the College - Biology, Chemistry, Psychology, Physics, Astronomy, Computer Science and Earth Sciences – which were previously housed in different buildings scattered all over the campus and have now been centralised in the new Bridge building. Extending the concept of unity between architecture and landscape, the project offers the perfect environment for students to conduct experiments directly in a natural setting.
The basic concept behind the new Bridge for Laboratory Sciences is that of a building with minimum bulk in an “arcadian” campus, as the architects of Ennead describe it. The entire building is supported by a concrete beam positioned perpendicularly to the stream, which is in turn supported by two concrete pillars, on either side of the stream. The building’s two floors are hung on a frame of 6" steel pipes, a light, open structure built to minimise weight on the ground and preserve the natural landscape below it.
This skeleton, associated with large portions of curtain wall façade, minimises the construction’s vertical impact as seen when passing through the campus from north to south or vice versa. The idea of the arched layout is not only to present a welcoming façade that bends back like an embrace but to offer people walking through it the experience of a slow, contemplative, exploratory stroll at the level of the foliage on the trees, almost as if to suggest that the straightest route is not always the most effective one.
This idea of a stroll among the trees, which becomes a walk over the trees, as the pathways, cafeteria and classrooms overlook the landscape as if hanging from their branches, adds an additional level to the Bridge for Laboratory Sciences project. Taking into account that waterways are notoriously on the flight path of birds, the windows of Vassar College are treated to minimise bird collisions. Ennead used Ornilux glass, with a coating that reflects UV rays, with a birch bark pattern that is almost invisible to the human eye but recognisable by birds. The glass therefore not only reduces heat and glare indoors but protects birds flying along the stream. 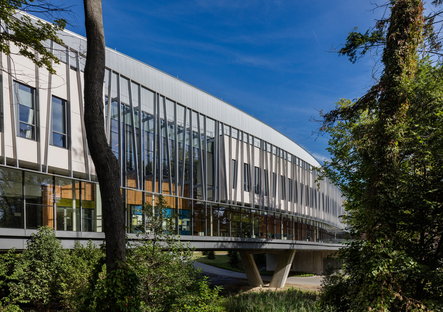 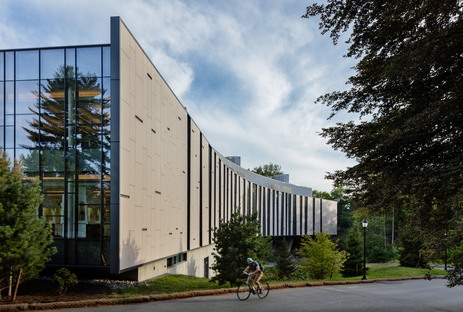 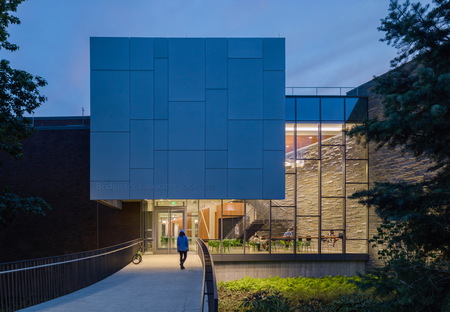 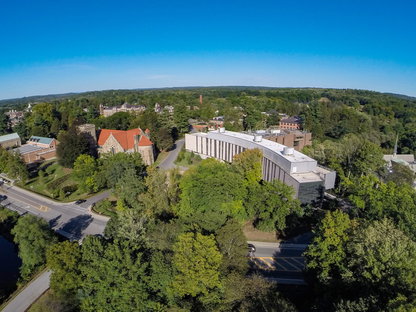 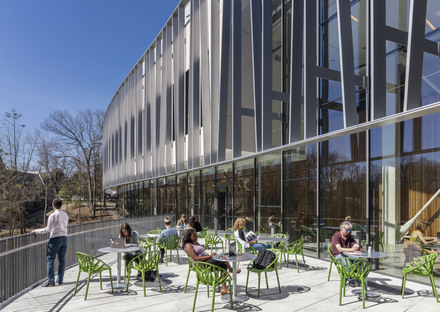 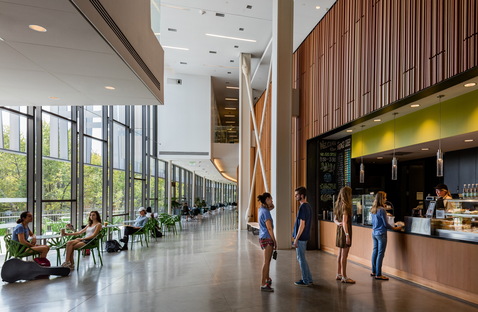 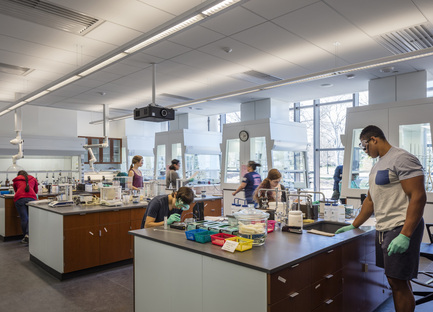 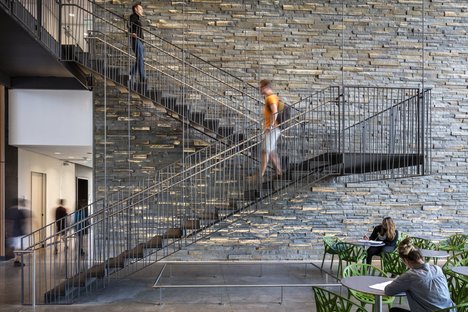 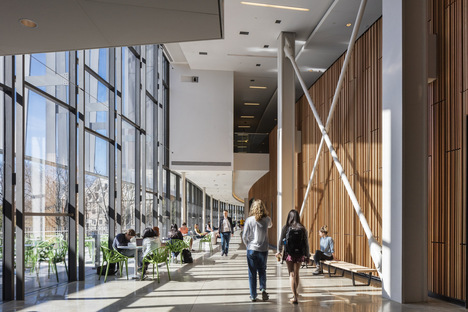 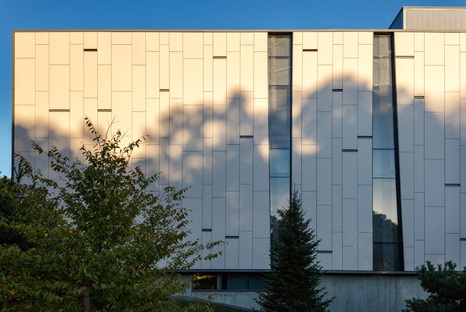 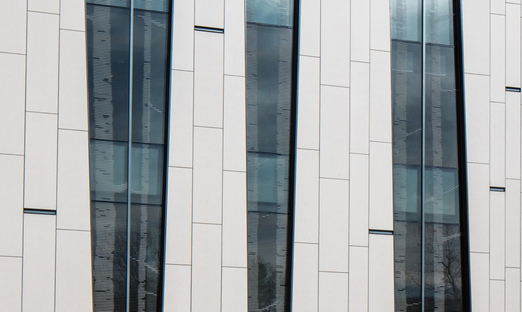 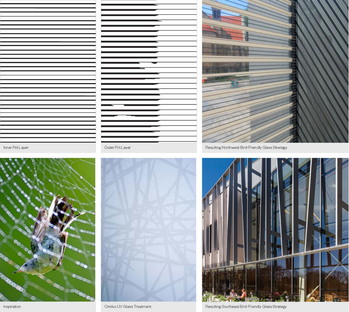 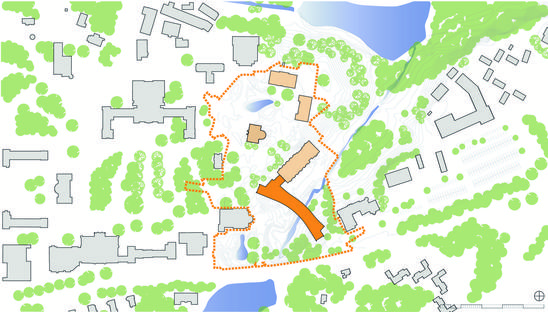 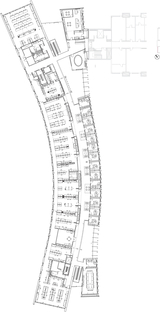 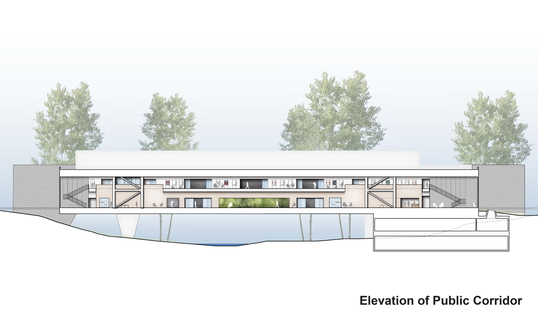 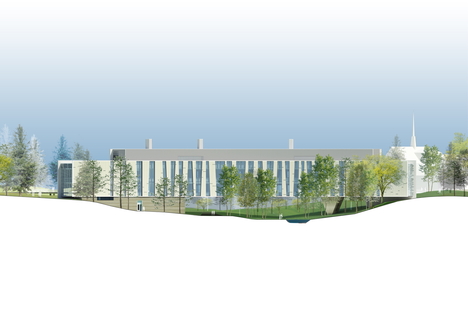