The architects of Ellevuelle propose their own style of reasonable restoration in the Filandone cultural heritage project, attracting new interest to an outlying part of the town of Modigliana (in the province of Forlì-Cesena). Ellevuelle converts the former silk mill known as the Filandone into a theatre and multi-purpose hall 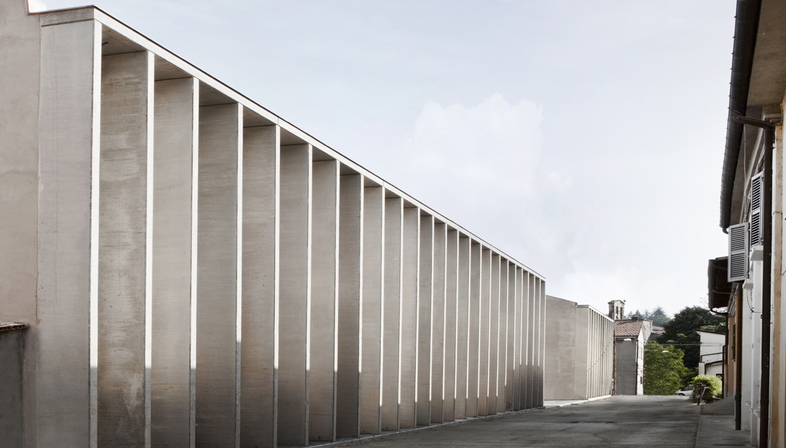 The Filandone was an industrial building on the southern outskirts of the town of Modigliana, in the province of Forlì-Cesena. Ellevuelle Architetti (Giorgio Liverani, Luca Landi, Michele Vasumini, Matteo Cavina) were commissioned by the City, the Region of Emilia Romagna and Fondazione Cassa dei Risparmi di Forlì, which provided with about 900,000 euros in funding for the architectural restoration project. Though it has always been private property, in the twentieth century the Filandone essentially became a community facility. The former silk mill housed a number of small businesses after it stopped producing silk, but was eventually abandoned to decay; homes and little gardens sprouted up as land was appropriated around the building with its big gable roof, essentially becoming a part of it.
The people’s affection for this minor monument to local industry and enterprise led to the decision not to tear it down, but to restore it as a place of memory, as the volume was suitable for containing a multi-purpose hall, a facility needed in the town.
The urban planning strategy underlying the project combines different functions in a single space, going against the trend toward zoning in contemporary cities and creating a grid of relations between functions that promotes social progress. The silk mill site, formerly a place of production, then a residential zone, now has a cultural function, for the restored building contains a theatre/gallery used as a multi-purpose hall: the 232 chairs can be put away underneath the stage to host public events not requiring seating. The project also incorporates a post office (already in operation), a shop, a café/restaurant and office space.
In addition to its undeniable links with the town’s history, the Filandone is an interesting example of early twentieth-century industrial architecture, and Ellevuelle take the opportunity to underline its particular features, such as the design of the façades on Piazza Berlinguer, with painted iron window and door frames framed by pilasters and entablature in relief, or the hot-bolted metal trusses.
The linearity of the building with its gabled roof is brought to light by eliminating later additions to the front wall from the ’60s and ’70s. Hence the intuition of doubling it, designing a second roof, a twin for the existing roof, to group together the fragmented spaces on Via Filandone.
The restoration of the main façade with its rhythm marked by pilasters suggested use of the same rhythm on the secondary wall, with cement dividers recalling the classical colonnades. The figurative power and unity thus achieved are transferred to the structure as a whole, so that it can now be interpreted as a single architectural volume. Front and back dialogue thanks to the central opening of the atrium, a through passageway connecting Via Filandone with the Piazza.
Doubling of the volume results in a completely new layout inside. An atrium of double height with a big staircase up to the foyer forms the building’s heart, providing access to various different functions on two levels. Its importance is emphasised by the fact that it is lit up at night, like a true urban beacon.  Its walls are not straight, but are broken lines recalling the curtains of the stage within: their figurative simplicity enriches the space, underlining the passage of time through the patterns of light.
Two skylights in the roof offer a glimpse of the ruins of the Roccaccia, a medieval fortress at the top of the rock face to the south of the town, underlining the strong ties with history.
Local enterprises participated in the restoration project, putting local know-how to work and keeping the memory of the town’s industry alive in the materials used in the project: cement flooring sprinkled with quartz, white painted structures and metal trusses, cor-ten steel frames and glass railings; all softened with “warm” colours and finishes and use of larch and fir wood. 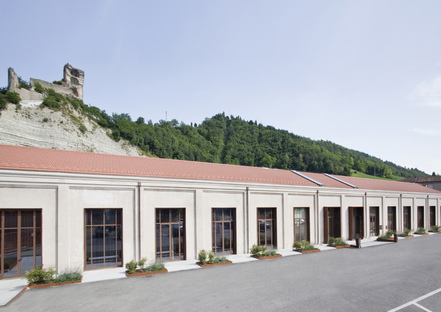 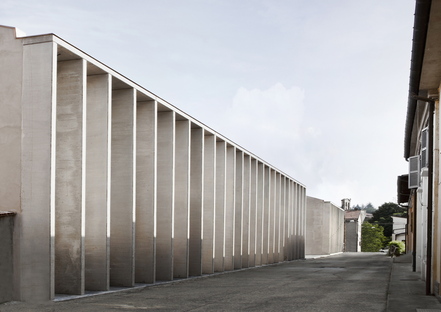 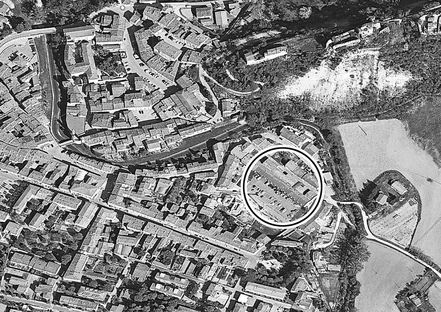 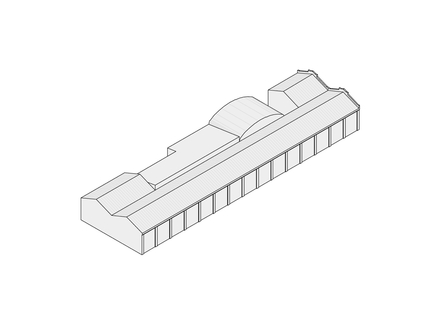 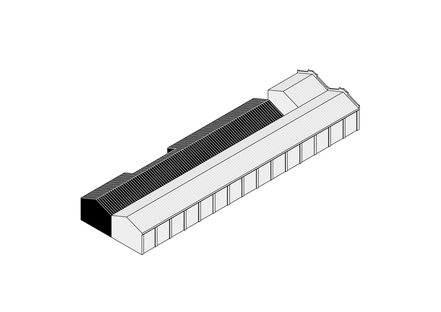 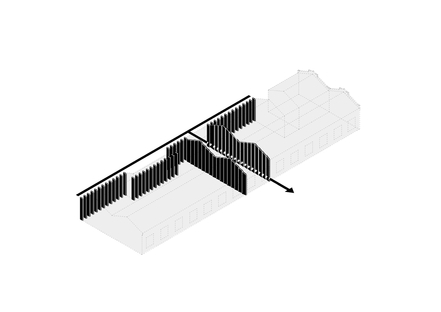 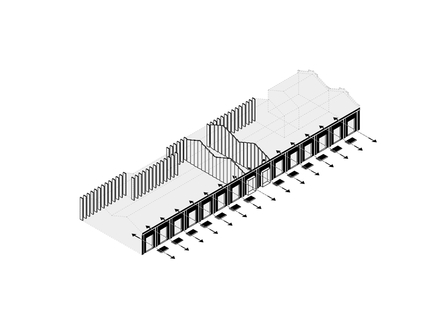 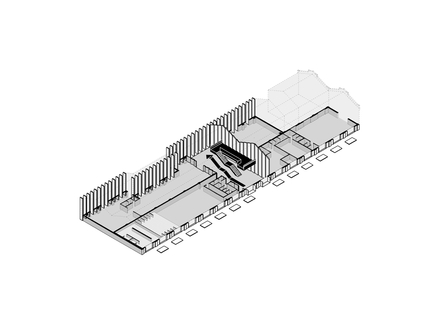 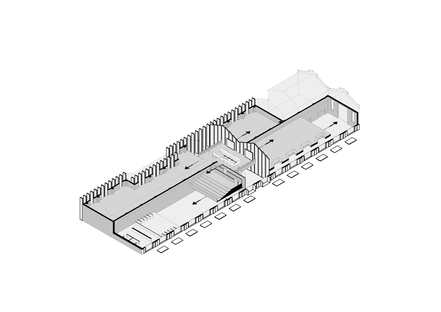 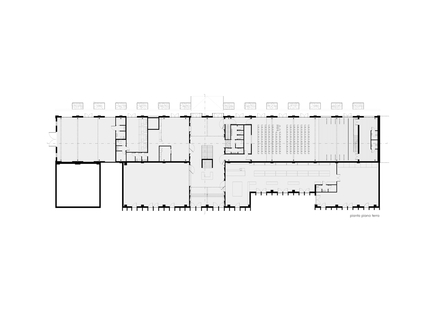 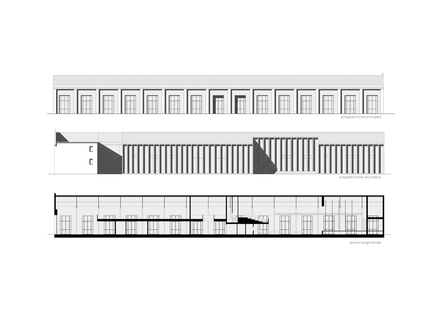 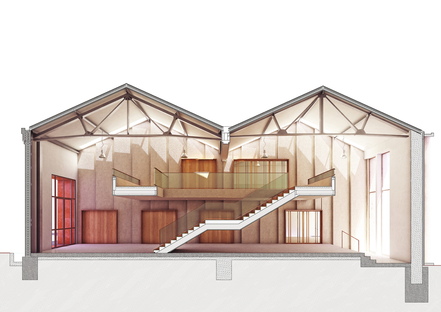 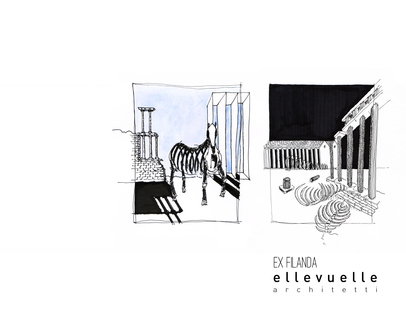 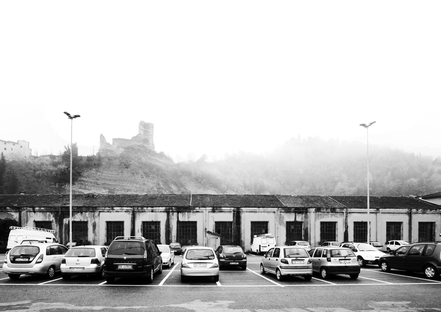 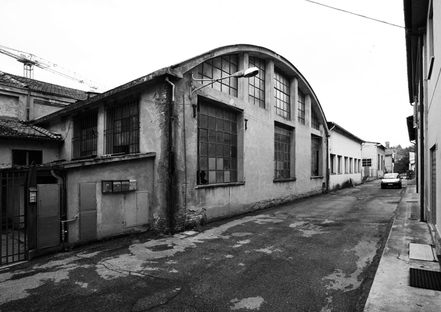 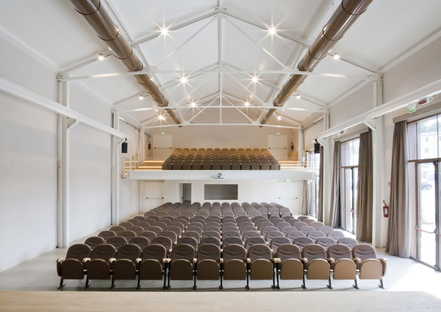 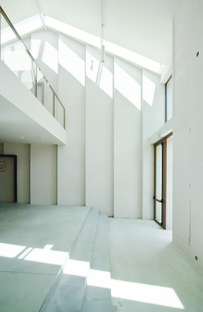 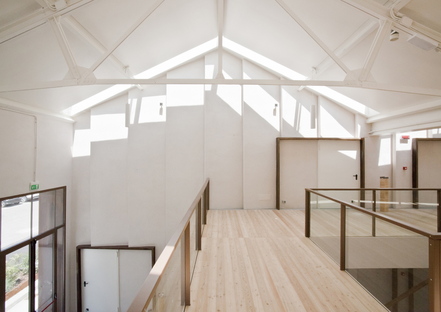 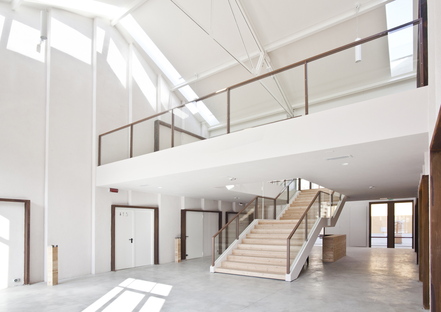