Asked to renovate an independent home that had been built in stages in the second half of the twentieth century, Ellevuelle has taken advantage of the opportunity to give the building a new identity and unity formerly denied by the changes wrought on it over the years. The northern wall becomes the new face of Casa Gielle in Modigliana. 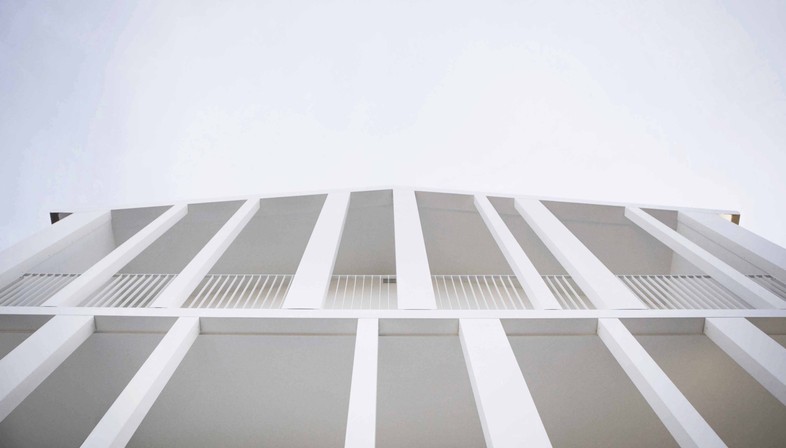 It’s time to talk about Ellevuelle again, and the studio’s renovation of Casa Gielle, an independent single-family home in the centre of Modigliana, a small town in the province of Forlì-Cesena (Italy), offers the perfect opportunity.
When Floornature first met them in 2014, young architects Giorgio Liverani, Luca Landi and Michele Vasumini had just won the third Next Landmark Prize for Casa Esse in the countryside outside Forlì, a new construction on a single level with a linear layout inspired by the straight lines characteristic of the area, from the vineyards to the ditches that mark the boundaries of rural properties. Now, Ellevuelle (reinforced with the addition of Matteo Cavina) has made progress in the fields of renovation and new construction in the region of Emilia-Romagna.
Modigliana, the studio’s home town, is the location of a recent project redesigning the interiors of an independent home built in the second half of the twentieth century, beginning with radical changes to its most important façade.
Casa Gielle is home to a family spanning several generations, and the home’s original appearance revealed the repeated renovations and adaptations made over the years, to the point that the home no longer had a consistent identity of its own. The architects focused their attention on this aspect and found a solution in the home’s relationship with the landscape around it. Built on three levels, the house has a roofline perpendicular to the slope of the land, sloping down toward the north; the site is embraced by a road rising toward the centre of the town and the nearby church. Surrounded on three sides by other homes built at around the same time, Casa Gielle had only one outstanding feature, the presence of a single façade with a free view, the north-facing wall, which enjoys a privileged vantage point over the town sloping down below it, with a view of Ponte della Signora, a humpbacked bridge constructed by a wealthy local family in the second half of the 18th century over the ruins of a Roman bridge.
Ellevuelle’s project sets out to make the most of this wall as a vantage point. Of the home’s three original floors, only the top floor had a balcony with a good view, while the two lower levels, with the garages and only a small window with no balcony, practically formed a barrier rather than taking advantage of the view. Hence the intuition to move the wall forward, building a second walkway and opening up two better views on the middle level while designing a single loggia from ground level to the rooftop. As the floor plans of the three levels are different, – with the garages on the lowest level –, the loggias are divided up according to different rhythms, underlining the differences in the layout of the interiors.
In addition to giving the home a new face and the new function of viewpoint, the new wall with its simple, white, linear pilasters brings unity to what used to be three separate levels stacked one on top of another below the same roof. This unity is confirmed on the building’s long sides, where the same formal theme adds motion.
Far from simple decoration, the breaking up of the façade with pilasters, identifiable in Ellevuelle’s other renovation projects on rural homes, has deep roots in the traditional construction elements of the farming communities of the Po Valley, in the form of the arcades that used to separate and join together the farmer’s home and the animals’ shelter. This border zone provided shade in summer and shelter from the elements in winter, and served a place of transition in which to pause before entering the house. A familiar domestic vocabulary which is not frozen in its historic form but given new modernity through the choice of materials and colours: the slender metal dividers were made by a local blacksmith, while the white does away with the original grey to become the key colour in the whole house, inside as well as outside. Demolitions and new partitions on each level optimise the existing spaces, while the white walls contrast with the natural oak flooring and custom-designed furniture. 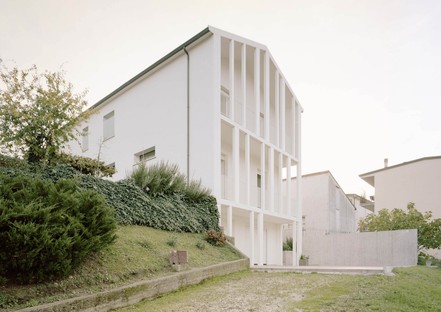 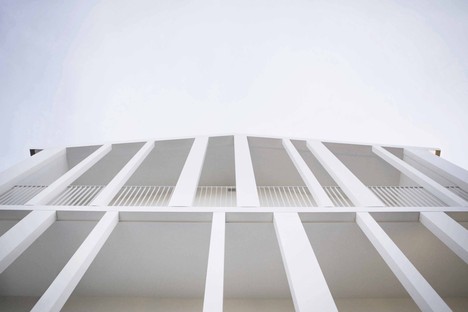 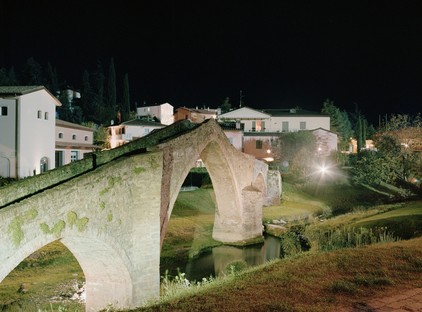 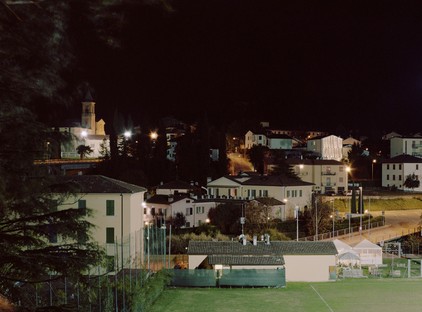 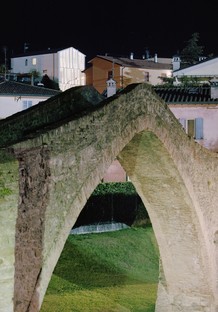 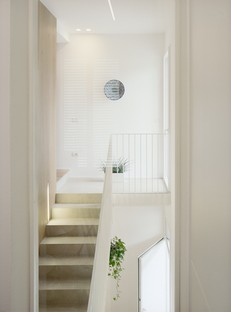 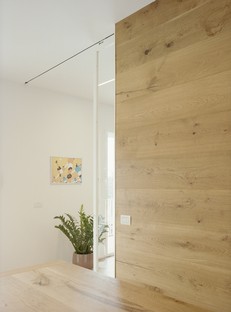 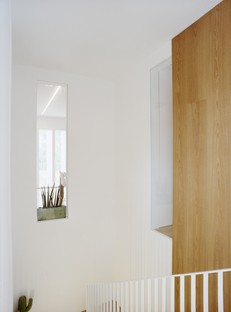 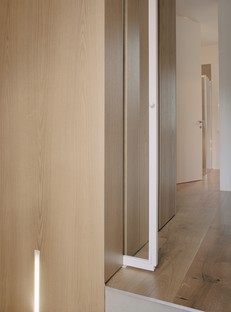 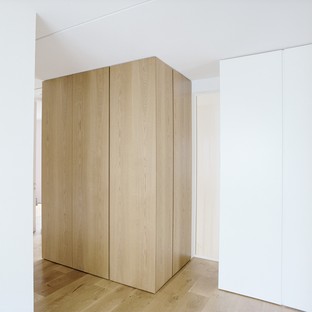 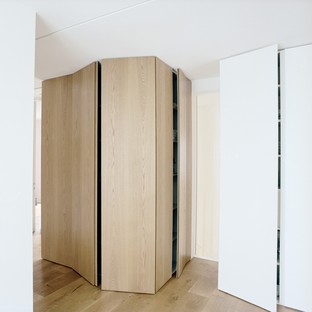 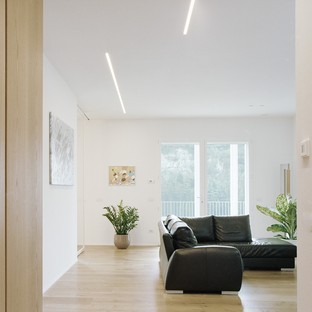 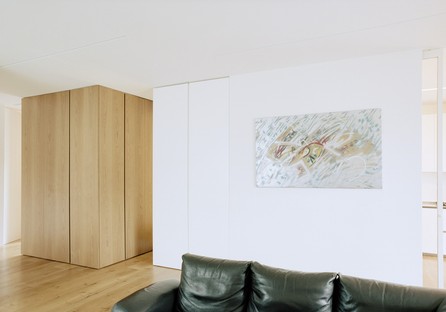 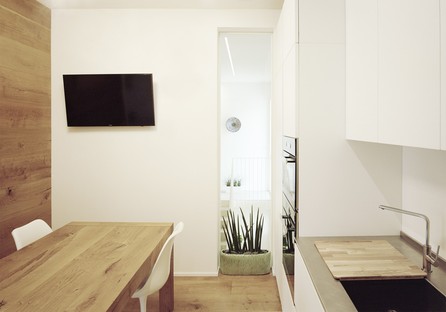 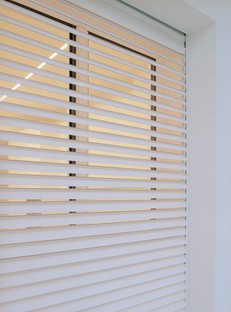 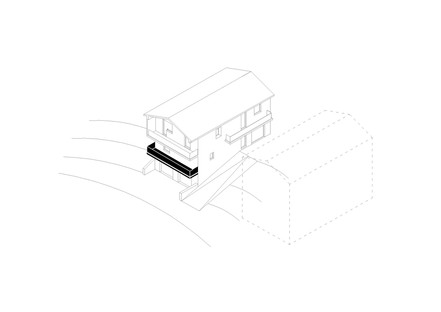 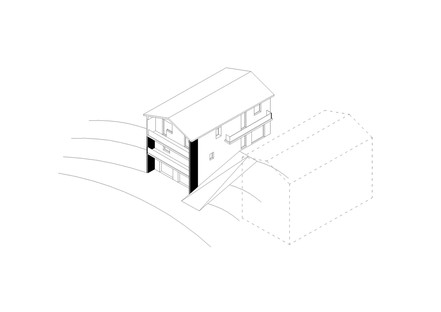 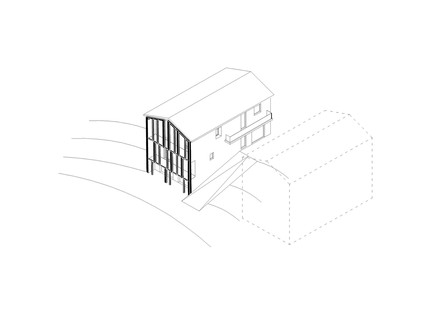 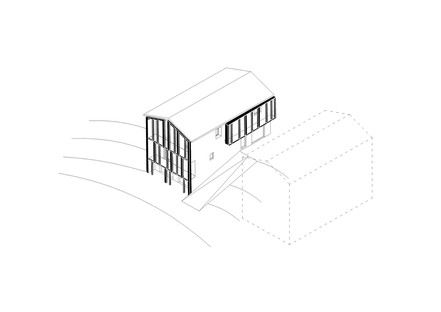 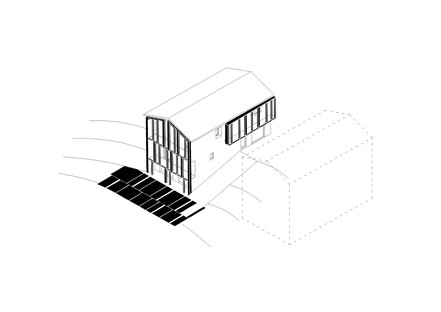 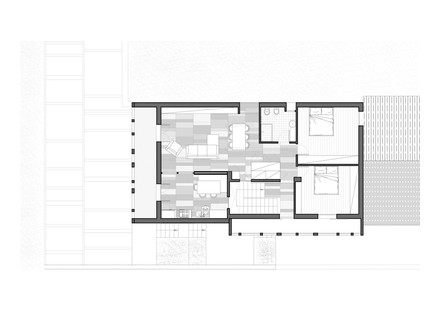 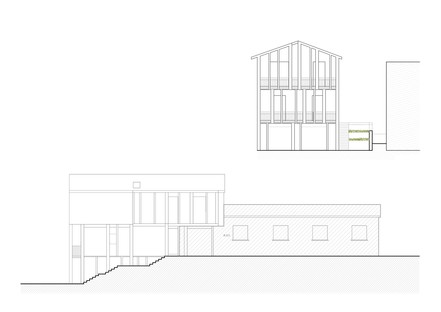