On the occasion of the inauguration of the Onix office building, designed by Dominique Perrault in Lille, on May 9 2011 Nathalie Elemento’s work “Passement” was unveiled before the public. 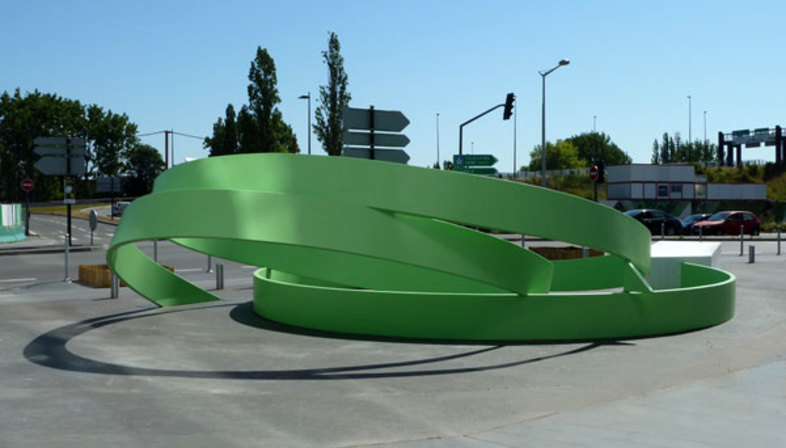 “Onix” office building designed by architect Dominique Perrault in Lille stands in a strategic location in the Euralille district. To take advantage of the site?s beneficial accessibility and visibility, the design concept is based on a building like a stick of variable thickness which is folded and dilated to take advantage of the lot?s irregular shape in the best possible way.
The façade of the structure is covered with 4 modules with different finishes and widths: fixed opaque, open opaque, fixed glass and inclined glass.
The modules are alternated and repeated on the basis of rules which vary in different floors; the upper floors have a greater prevalence of the inclined glass module, up to the roof, built entirely out of clear glass surfaces. The work “Passement” by artist Nathalie Elemento, in front of the building, establishes a link between the architecture and the park that will be opened across from it. 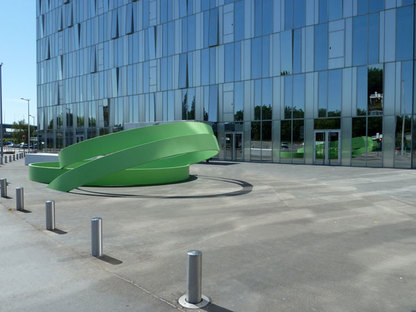 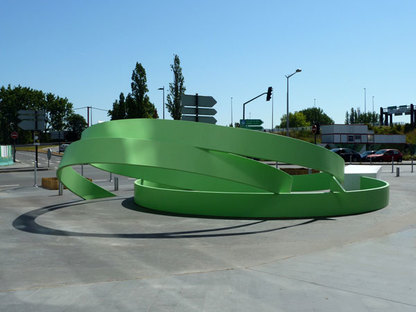 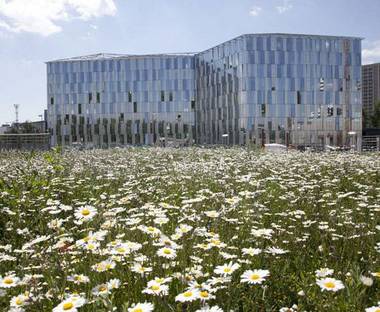 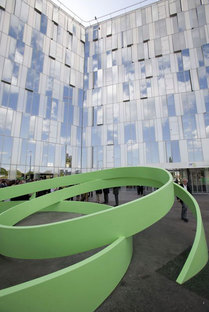 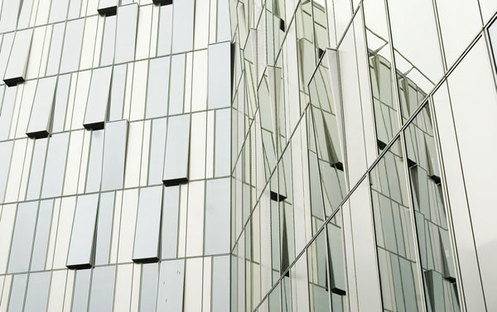 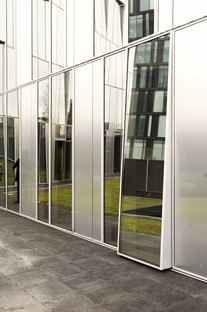 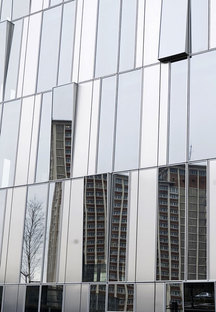 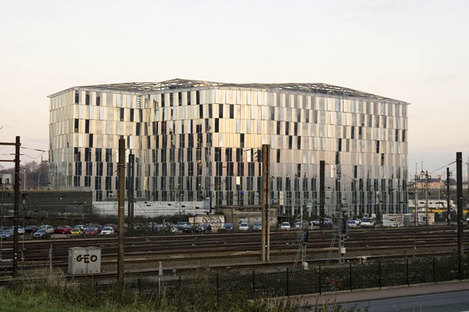 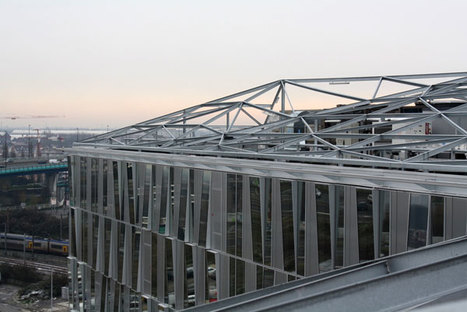 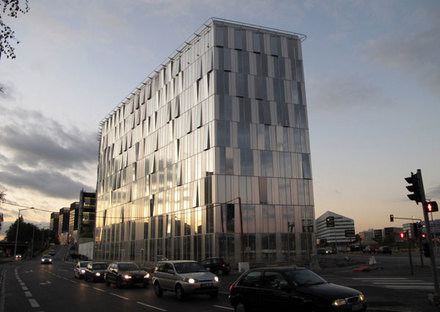 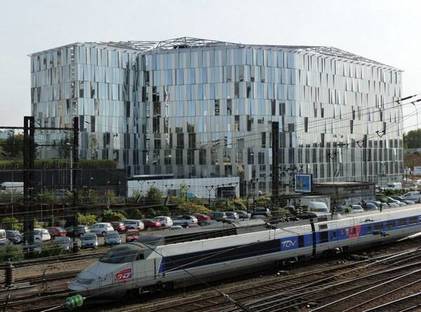 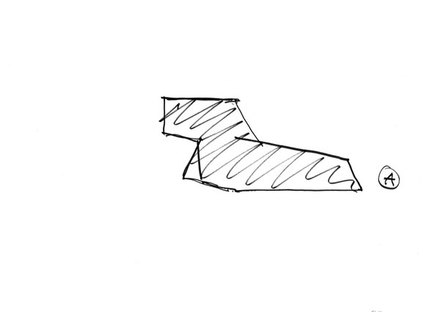