“Our goal is to become educated and enthusiastic generalists:  To not be limited by silos of knowledge but instead further the larger project of architecture and urbanism through creating new links between cultural, technological, and political influences and frameworks.”—SsD 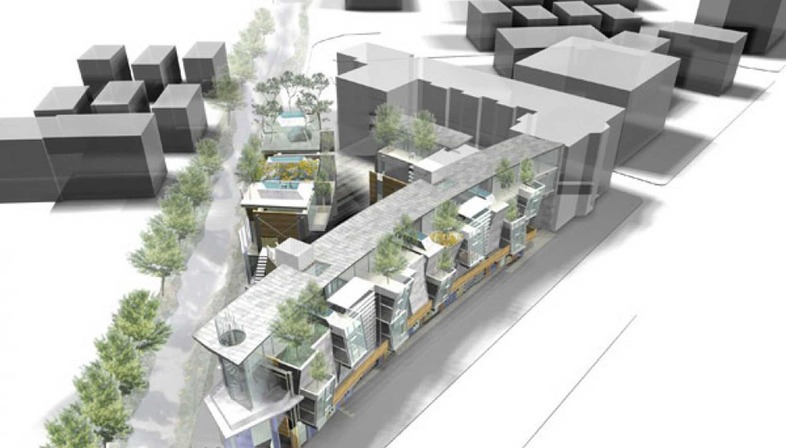 While waiting for the next Venice Architecture Biennale, postponed to next year, Jinhee is currently busy with projects that are about to be finalized, lectures at Columbia University and many other academic tasks. It will be her third presence at this important event that showcases some of the most significant architectural  works in an international panorama. Starting from 2016, responding to Alejandro Aravena's invitation, ‘Reporting from the Front’, the Korean Pavilion, considered the fundamental battle waged on Korea's architectural front lines, conceiving a game, ‘The FAR Game: Constraints Sparking Creativity’, which wanted to represent the demanding performance that the architects of the crowded capital, Seoul, are forced to face everyday, seeking a delicate balance between private interests and public regulations. FAR Game (Floor Area Ratio), which makes a clear reference to the ratio of a building's total floor area and the dimension of the plot of land on which it is built, has been used as a ludic challenge to highlight, with an exhibition of 36 buildings, the best creativity not stifled but rather particularly stimulated by regulatory constraints.

Jinhee was part of the selected architects, and the strong pressure exerted by Seoul's hyper-density, by the need to maximize the developer's and owner's land profits in respect to the strict rules of an urban building regulatory system, was certainly a very formative and demanding training ground for her profession. Tirelessly passionate, she has always devoted herself to this topic, looking for narratives that, based on rigorous functionality, develop extremely engaging stories for the beauty they embody. 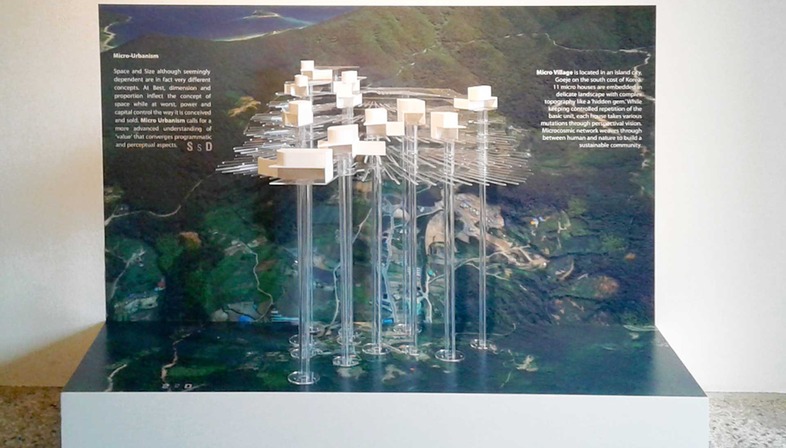 Present once again at Palazzo Mora, on the occasion of the 2018 Venice Biennale, she exhibited the drawings produced during one of her courses at Columbia University with the contribution of her students. Continuing the research on Micro-Urbanism, she focused her investigation on an island, Goeje, on the south coast of Korea, foreseeing a new vision in a complex framework between the conflicting programmatic aspirations of local and international stakeholders and the difficult topographical condition. Utilizing sloped land building techniques to conceive prototype dwellings, able to use the land-water prerogative offered by the logistic situation, she transformed an industrial past into a new socio-environmental system connecting infrastructures, saving wildlife and providing residents with recreational opportunities. This is how “11 micro houses are embedded like ‘hidden gem’ in a delicate landscape’’ of a Micro Village. 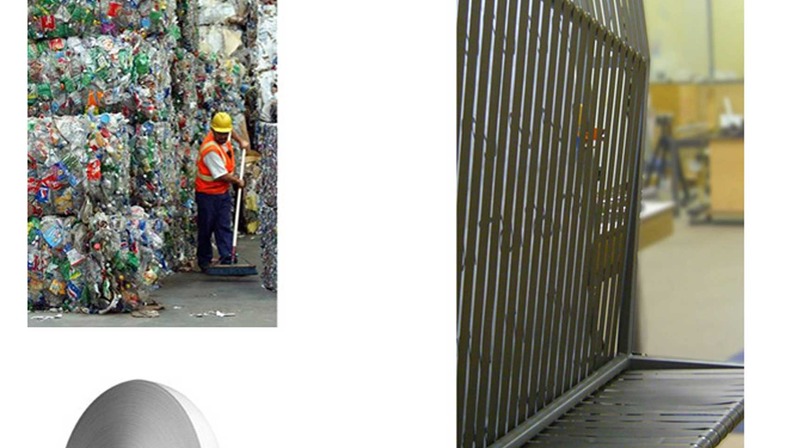 The lack of aesthetics which could characterize individuality in a decidedly oppressive reality of residential standardized uniformity caused in the Korean capital by an explosive growth of the population in the last 50 years with the extreme densification and verticalization of the urban architecture, is one of the most crucial theme for SsD, as well as, the life cycle of reuse without consumption. An ecological sensitivity manifested immediately, that was already present, combining minimalism and fun, in one of their first proposals, unfortunately not realized, in redesigning the lobby of the Massachusetts College of Art and Design in Boston. Seat belts would have draped the walls and seating finishes, rather than be thrown away that would have taken thousands of years to decompose, SsD transformed the prerogative of durability from an environmental disadvantage into an advantage. I would say an unusual idea, decidedly without precedents at that time, that, animated by a naive creativity, dear to those who are always enthusiastic about exploring and offering new contributions, not only conferred great flexibility and porosity to the environment but also a youthful spirit, appropriate to a building dedicated to students.

This type of frugal recycling will remain a constant in many other projects and, to name one of the most original, I can mention the ‘Big Dig Building’, a proposal that intends to push us to reflect on the recycle and reuse for building components from an enormous amount of waste infrastructural material, that at the time was accompanying Boston’s dismantle of existing and temporary roads due to ongoing mega-project, The Central Artery / Tunnel Project, commonly known as the Big Dig. One of the largest and most expensive highway construction undertaken in American urban history, which consisted in reconverting the main road artery that ran through the urban heart into a 3.5 miles long tunnel beneath the city. To the failure of the original structure, which had caused social and environmental scars 50 years earlier, erasing existing structures, dividing neighborhoods and negatively impacting the environment and economy, an equally serious problem was now added: a massive amount of materials discarded from obsolete infrastructures of this scale whose disposal involved very high costs and waste of the embodied energy stored within the materials. Confronted with this circumstance, recurrent in our society that continuously alternates projects with similar problems, SsD proposed, in addition to the recovery of 'heavy' materials from the road infrastructures’, able to support much higher loads than conventional building elements, for a kind of re-use cycle for residential construction, from Highway to Housing, from 'heavy' to ‘dwelling’, a more strategic system to contain this severe urban scale waste by means of a prefabricated design conception of  various components studied for a possible second use after their first life cycle. 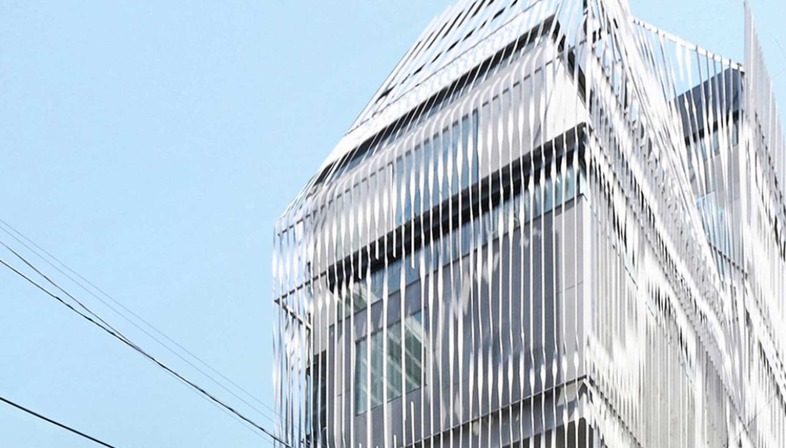 Jinhee has received many important recognitions for these pioneering ideas, and has recently been nominated with an another prestigious honor. She was in fact the winner of Iakov Chernikhov International Award, a prize assigned every two years to young talents who demonstrate their ability to interpret the future with absolutely innovative works, extending the horizons of a practice of which they represent the best in its evolution.

1 - Growing up in Korea, why did you open a studio in New York: what pushed you to do it and attracted you to the other continent?

It was never planned! Originally I studied industrial design not architecture. That time architectural education in Korea was more focused on engineering not design. So I decided to study in US or Europe schools. When I graduated from Harvard GSD, I accidentally got a chance to work on a project so decided to start an office in Cambridge thinking as I was young, I could work for somebody else if I failed. Luckily our office survived and gained reputation but more project inquires came from NYC so we set up our office in NYC finally! I love the energy and hardship at the same time the hyper dense cities such as NYC or Seoul provide! I believe we as designers need frictions to think creatively!

-What is the difference about working in America and in your home country?

The biggest difference would be how to interact with the clients and how to build. The clients in US have very specific demands and communicate well with emails and phone calls whereas the clients in Korea heavily depend on face to face interactions with very simple demands. During the construction phase, the contractor in Korea doesn’t follow the drawings as much as the US contractor does. Due to more strict liability issue in US, we spend more time and attention to complete the drawing set. In Korea we have to spend more time and attention during the construction phase.

-Is there another place where you would like to do another practice?

I would love to build something in Europe! Every time we explore new places we got to learn a lot which enriched our other projects.

2 — In spite of an education during the first years of engineering/architecture university, I see you very interested in the art world. And I am not only referring to the White Block Gallery and a series of installations but to the aesthetic research present in all your projects. There is a particular involvement that your works provoke in the public that has a certain affinity with the performative and interactive relationship that a work of art seeks to arise. Do you agree with my idea?

Definitely! This is why i prefer the hyper dense city for our office. I learn a lot from the people’s behavior on the street, in the subway, park, market and so on. Everyday when I commute or move around for meetings, just by merely staring random people and traces they left, I got to come up with creative solutions. I think beauty is a strong power we can use to affect people! Whether it’s considered as an art work or highly functional building we can find and embed beauty in it! 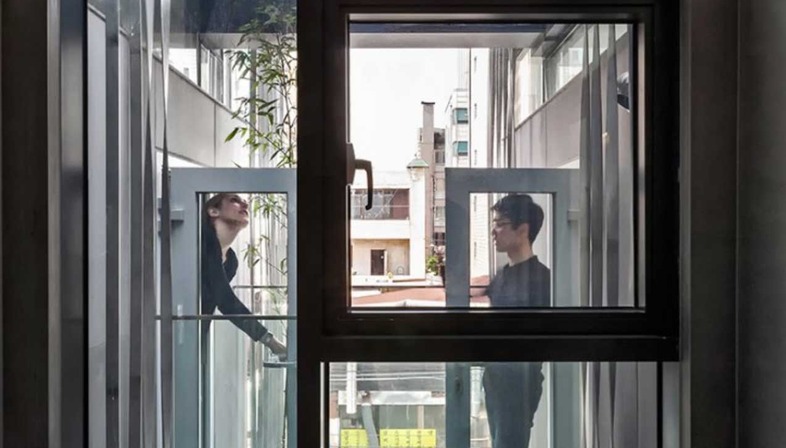 3 — How can a building, which must satisfy high housing density indices, be, in a sense, generous towards its residents?

Diversity is a key!  Diverse spaces can be created if we think of solutions not as black and white but rather as a spectrum that can produce a lot of variables and spatial condition and specific programs that go with at the same time.

4 — You are a very international woman, in the way that, born in Korea, you were then educated in America and have taught in many parts of the world: in your opinion has globalization helped architecture and different contexts that wanted to conform to more international models?

If I have to describe it through our works in two words, it would be ‘flexibility’ and ‘diversity’.

5—What changes would you like to see in the architecture practice, from your perspective as a young professional?

We are facing literally new environment that nobody experienced before and everybody is searching and experiencing new way to live which is a great opportunity for architects! Now we have to go back to basic function of programs, instead of schools, hospitals, offices, we have to think what is the space for learning, healing and working. Because nobody really experienced this change, the trans-generational consensus would be easier and able to gain the broader effect.

6—What are you most proud of in your career and life?

Many built and unbuilt projects I worked on. I taught and spoke in 4 continents, 14 countries, more than 40 cities. It was constant struggle as a young female minority architect on top of many obstacles that any architect needs to overcome. 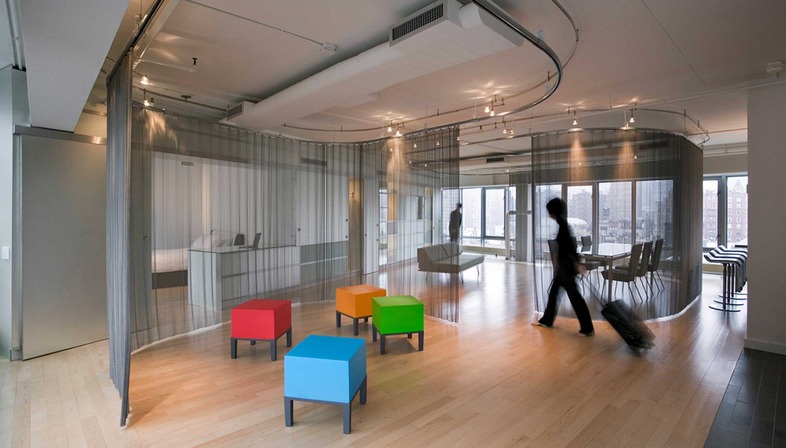 HBNY (Parenthetical Space), New York. SsD.
7—Which of your projects remains most at heart, and for which reason ?

Three projects but those are one project in different phases in my mind, HBNY, Songpa micro-housing, and Oasis Place. Housing is like gene of the city, it takes a lot of time and effort to be changed but forms distinctive character of the city. We try to address new form of dwelling space with extreme flexibility and diversity. 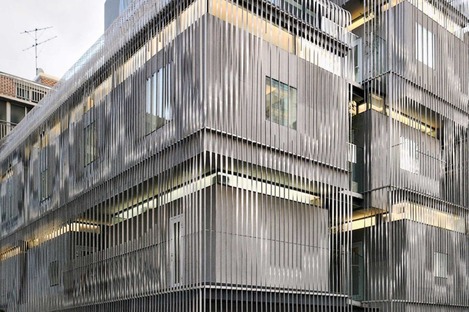 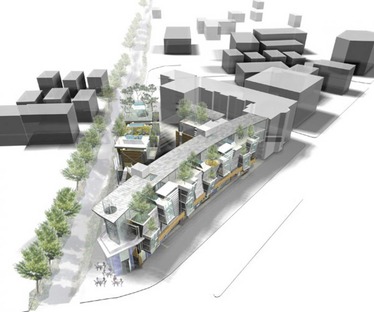 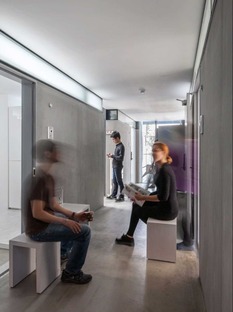 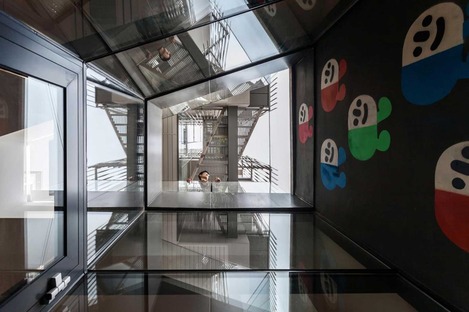 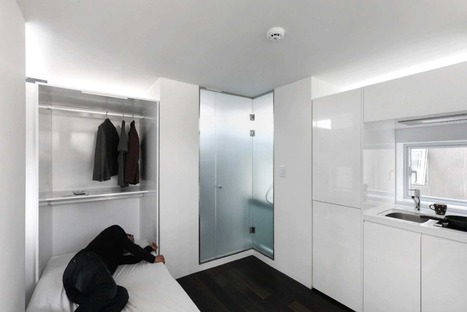 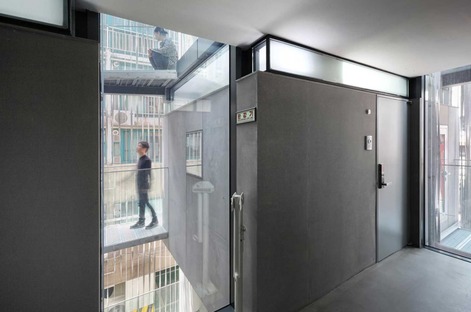 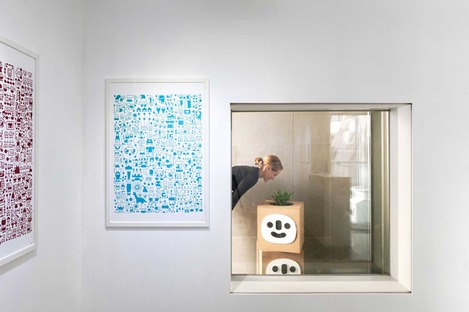 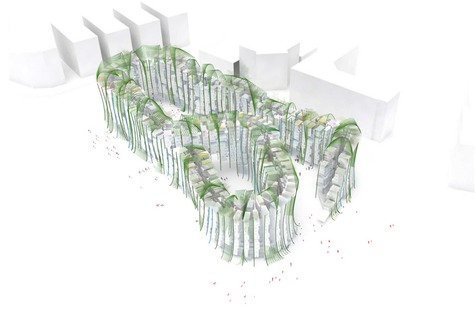 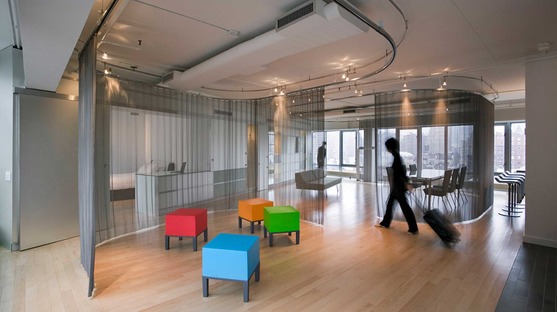 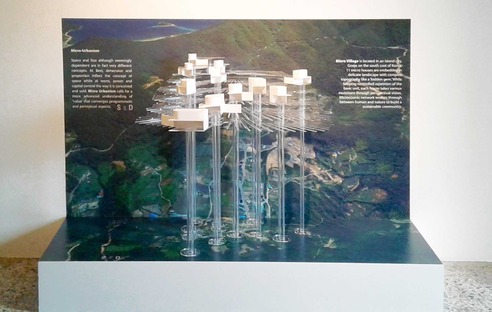 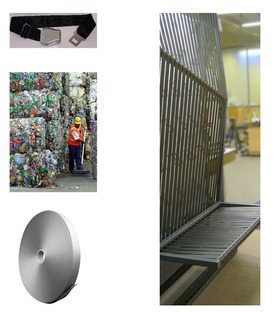 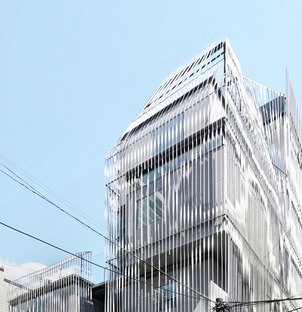 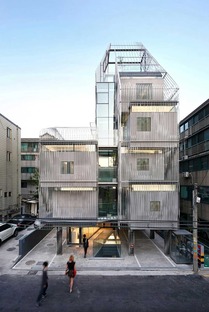 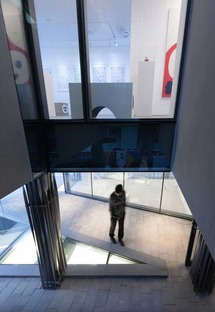 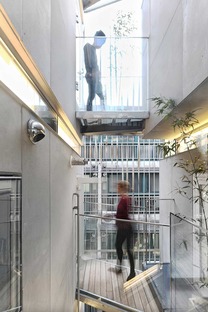 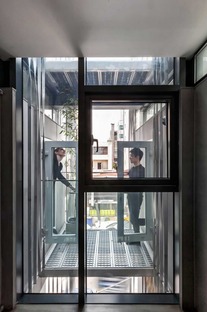