Consalez-Rossi and ES-arch’s green campus has been identified as an example of best practice in a competition for ideas held by the Italian authorities for the construction of 51 #InnovativeSchools under the "Buona Scuola" or “Good School” law. 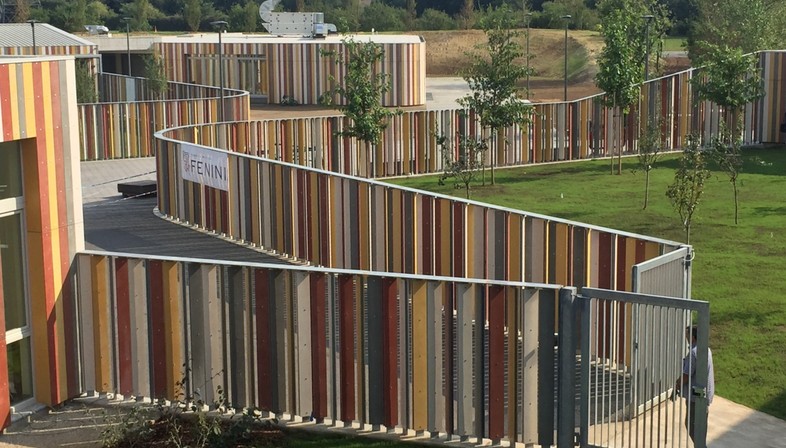 The new campus in Cernusco sul Naviglio (MI) designed by architectural studio Consalez-Rossi with ES-arch was built in only two years and opened recently, just in time for the start of the new school year. 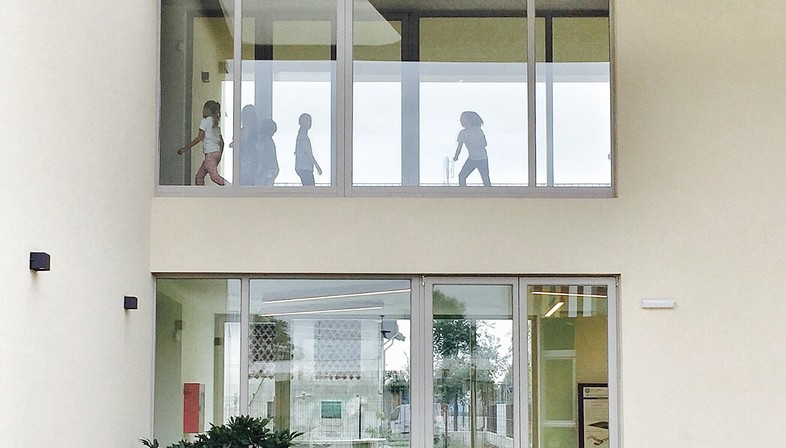 The project by architects Consalez-Rossi with Enrico Scaramellini, winner of the competition held by the city of Cernusco sul Naviglio in 2011, involved an area totalling 15000 sqm including: an infants’ school and nursery school, a primary school with a cafeteria and a gym, and a garden open to the community.
The infants’ school and nursery are in a building on a single level with big south-facing windows. The internal layout is arranged around a common foyer, a place for group activities and meetings with parents. The primary school is located in a building on two floors with big windows facing north. This ensures even lighting throughout the day, promoting study and viewing of multimedia teaching aids. The buildings and gardens on the campus are enclosed in a colourful fence in the same colours as the building’s outer walls, a solution which protects the children without the suffocating feel of a solid wall, allowing them to look out over the farmhouses and fields in the surrounding countryside. The fence soon became the distinguishing element in the project and the colourful heart of the neighbourhood. 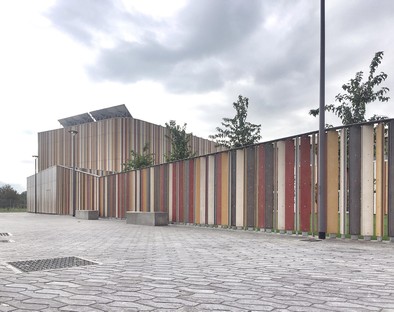 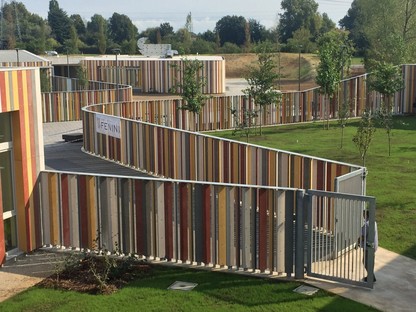 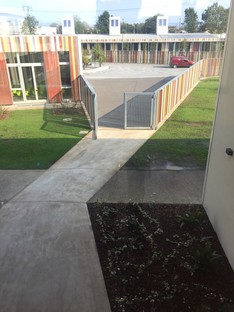 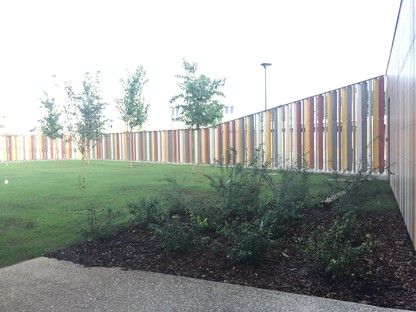 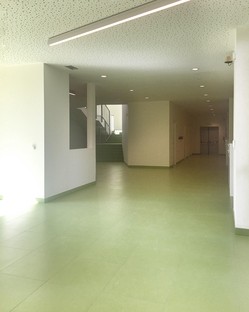 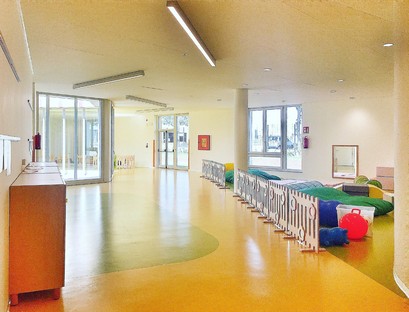 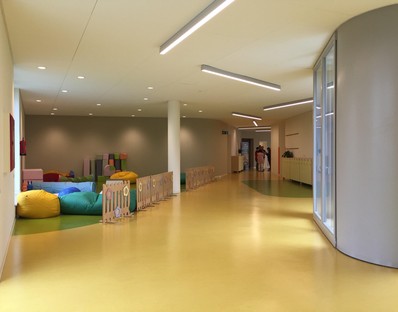 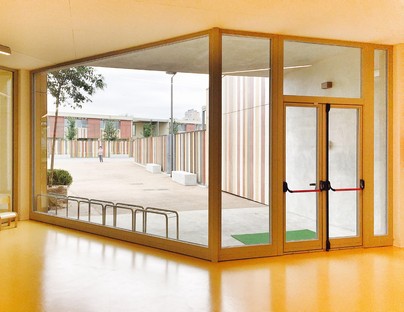 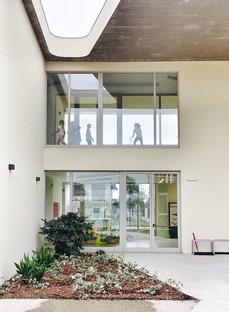