Spanish collective Zuloark was one of the ten finalists in the Landmark of the Year category of the 2016 Next Landmark contest organised by the Floornature portal. 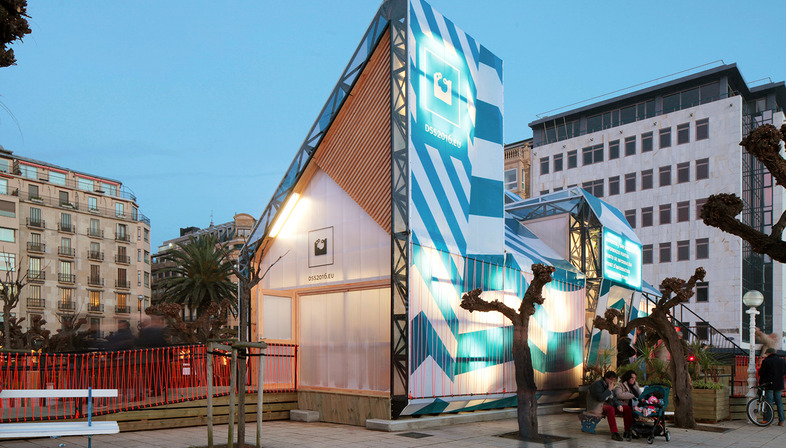 Spanish collective Zuloark was one of the ten finalists in the Landmark of the Year category of the 2016 Next Landmark contest organised by the Floornature portal. The DSS2016 temporary pavilion for San Sebastian, European Capital of Culture for 2016 can now be turned into street furniture.


The Zuloark collective is a group of "architects, designers, builders and thinkers operating within the fields of architecture, urbanism, design, pedagogies, research and development", and has offices in Madrid, Berlin, Barcelona and Mexico.
Their “DSS2016” project - an information pavilion about San Sebastian, European Capital of Culture for 2016 - was one of the 10 shortlisted projects in the 2016 international Next Landmark 2016 contest. The collective describes their project in these words: “Our proposal intends to be an exercise of urbanism that creates a space of thinking and producing the city of tomorrow.”
Basically, they built a pavilion out of 278 benches with a metal framework and wooden seat, which can be mixed and matched in a plethora of different combinations; right now these bench modules are holding up the tent fabric that forms the roof and walls of the pavilion. DSS2016 stands in a strategic position in the city of San Sebastiano, making no attempt to hide but proudly showcasing the city's colours (white and blue) and it presents as a point of reference in the square.
But the great thing is that this structure isn't just an end in itself, it's actually the first step as part of a process to drive transformation in the city even after its year as European Capital of Culture is over. In a collective procedure, the pavilion will be dismantled and the individual benches will be turned into street furniture leaving a visible, long-lasting sign in the city. From a single, large landmark to lots of small landmarks – an attractive choice in aesthetic terms but also for its long-term social value!

Project: Zuloark http://www.zuloark.com/
Location: San Sebastian, Spain
Year: 2016
Images: courtesy of Zuloark
Shortlisted in the “Landmark of the Year” category of the 2016 Next Landmark contes 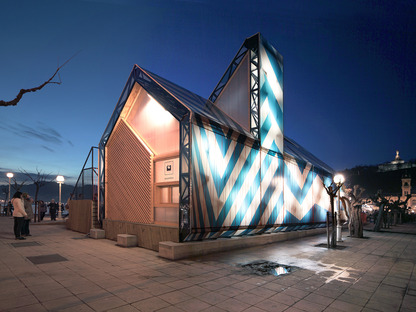 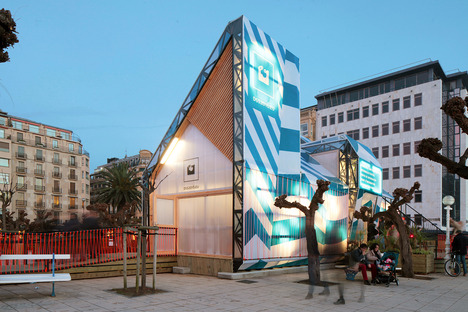 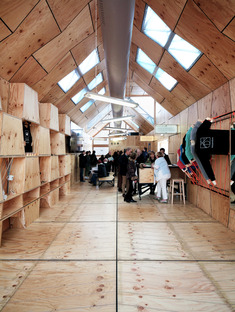 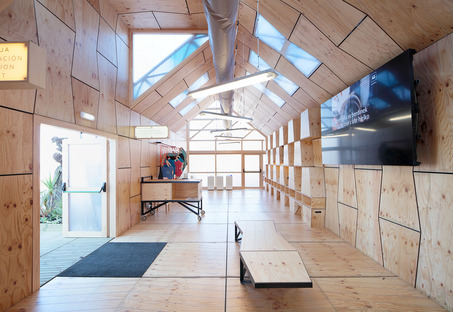 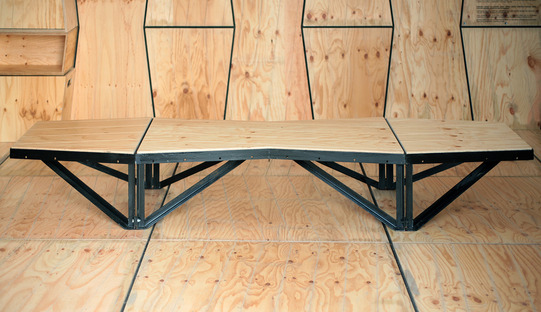 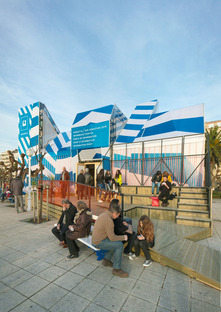 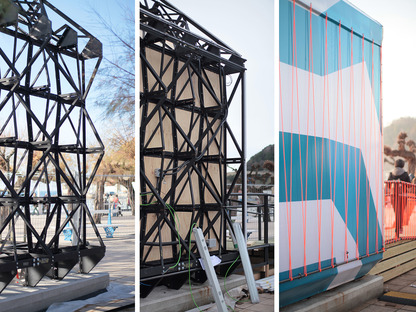 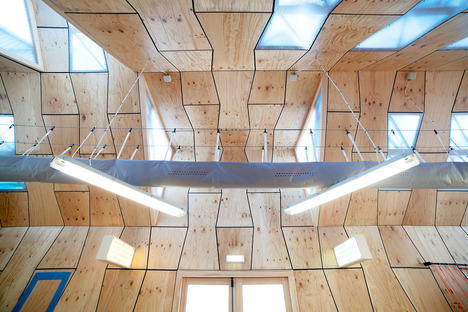 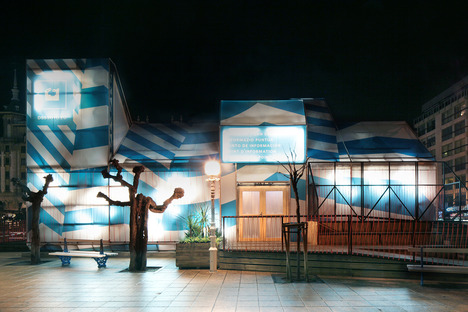