The young Chinese architecture firm, y.ad studio is behind the project for a professional cluster of the garment industry with a new business model that integrates each part of the process - encompassing design, R&D, production, wholesale and retail, financial services, logistics, marketing, branding and exhibition services. It is located in Cangzhou, a city in the Hebei province in north-eastern China. 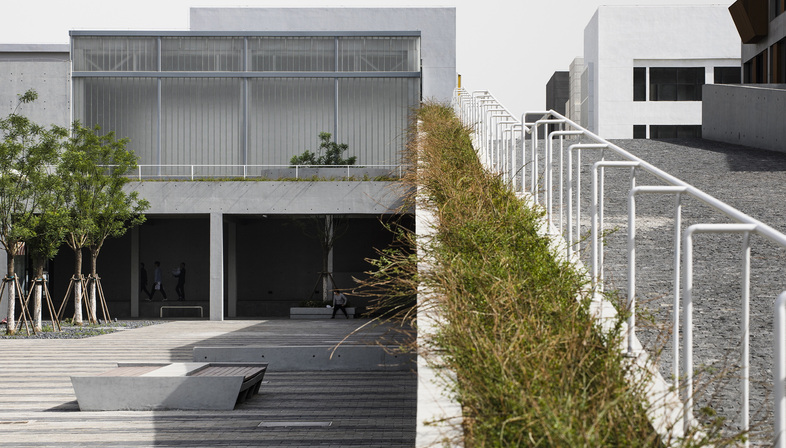 China’s economy revolves around its economic plans. As a result, some decisions are made at the national level, including the update of the Beijing-Tianjin-Hebei integrated development plan, which meant non-essential functions were decentralized. The Cangzhou Dongsu Group decided to make the most of the geographic advantages of Cangzhou to invest in the construction of the Mingzhu Trade City and the Mingzhu International Clothing Industry Characteristic Town. What they’ve done is to build a new textile industry hub that incorporates production and logistics with housing for the workers, also including cultural offers.
They chose unused saline land with an excellent transport system for the designated site. The client selected the young architects from Shanghai-based firm y.ad studio, who, after their first site inspection, were explicitly instructed not to build an out-of-context landmark, but rather to design a solution revolving around function and actual life, avoiding the excessive pursuit of perfectionism of materials or craftsmanship. What the client wanted was a launching pad to create an open public space which would then extend into the whole industrial park. These ideas are all perfectly in sync with the design approach of y.ad studio, oriented towards a frugal, understated and integrated architectural project.
The existing R&D office building in the southwest corner of the site had re-shaped its original square to an L-shape. This meant that the design team needed to consider both the formal relationship between the existing building and the new buildings, as well as the circulation between them. Since the old building was big and very tall, the tallest building in the new complex was positioned in the northeast corner to balance the overall architectural form. For the spatial organization, the architects staggered the functional spaces, apartments and support services, connecting them with an open entryway. Basically, this is a kind of three-dimensional community, integrating commercial, exhibition, working, living and leisure functions in a setting that is ideal for their co-existence. The designers used staggered, intersecting volumes and open spaces, to lighten the perception of the whole building cluster. This play of solid and void acts as the common thread running through the spatial narrative and the in-between spaces enable a natural transition from one block and courtyard to the next.
The project for the Mingzhu International Clothing Industry Characteristic Town by y.ad studio also stands out for the choice of simple, unpretentious materials, like fair-faced concrete, which is brought to life by the clever play of natural light and shadows that help to shape the whole complex. Despite the impressive size of the cluster, with an area of more than 26,000 square metres, it is never imposing. 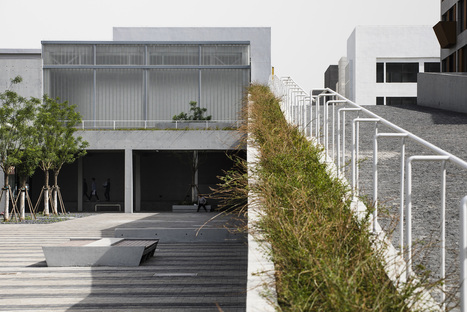 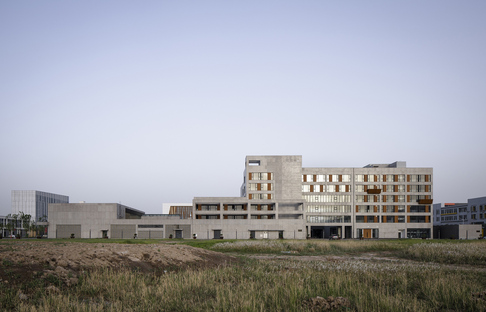 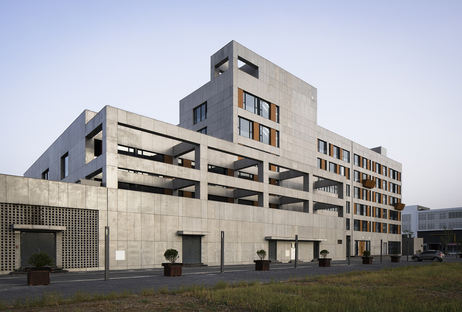 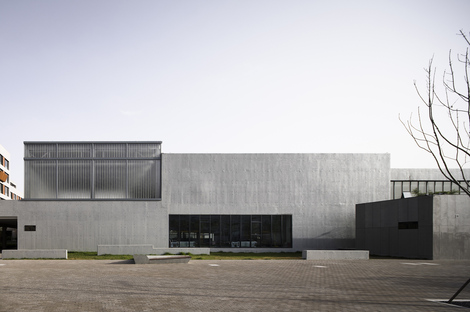 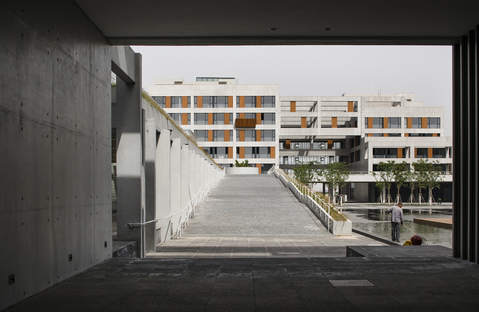 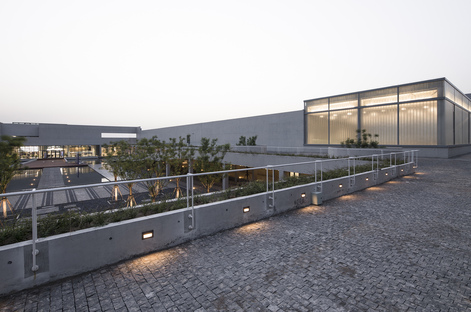 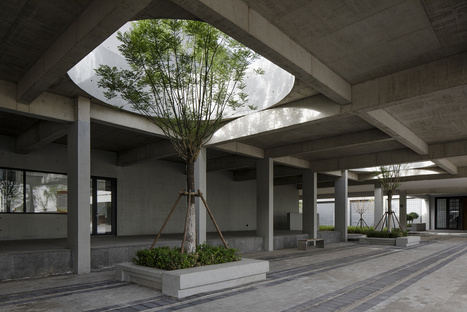 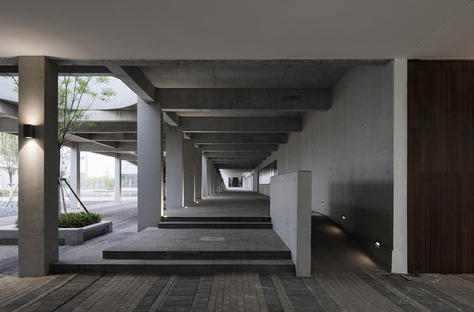 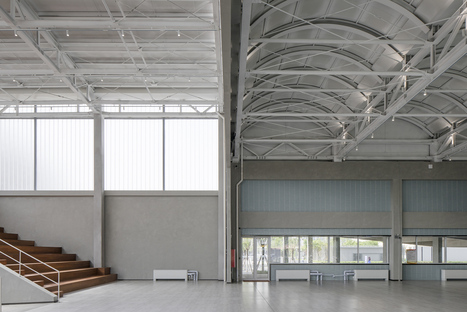 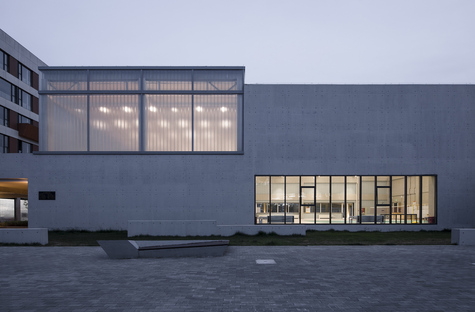 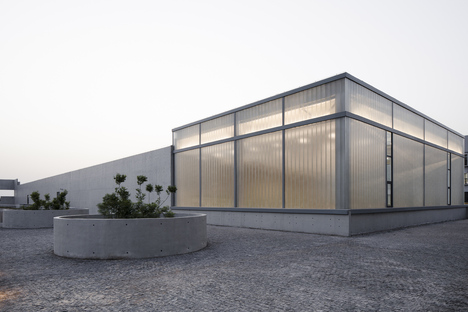