The creatives from y.ad studio worked in an existing shopping mall in Renqui, a city Hebei province, China, where they incorporated a bookshop. The Yuangping Meijing Bookstore acts as a catalyst to rethink the image and atmosphere of the existing retail area and brings a breath of culture to boost the attraction of the structure. 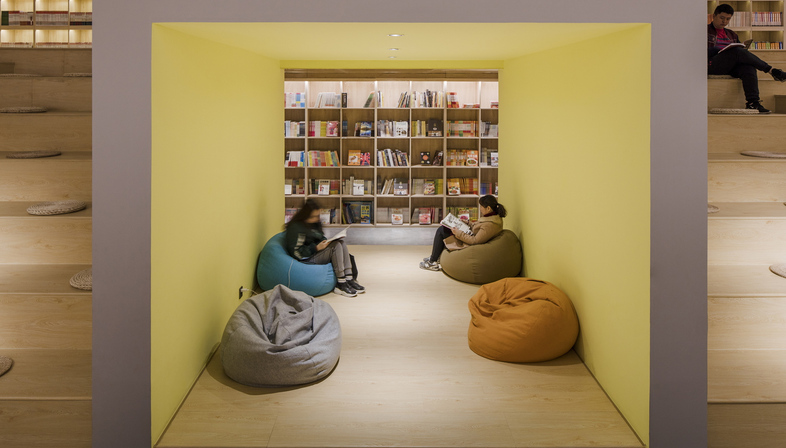 On our blog, we often talk about art and culture as catalysts of change, particularly in challenging urban districts. It’s also a reasonable solution in retail contexts, as we can see in Renqui, Hebei province in northeast China.
The commercial building has a total of 24 floors, with the first five serving as a shopping mall, floors 6 to 18 occupied by a hotel, and the remaining floors above used as workspaces; it needed redoing to make the commercial spaces more attractive. So the owners approached y.ad studio from Shanghai to step in with targeted actions that would boost the structure’s appeal. True to their philosophy of using simple but effective ways to create intriguing spaces, the creatives at y.ad studio came up with a reorganisation of the different types of business and circulation routes. They based their project around the dramatic, light-filled atriums.
This led to the idea of incorporating a bookshop in the atriums as the core of the shopping centre. The parties involved in the project were somewhat sceptical, based on the common consensus that bookshops aren’t all that profitable. Still, y.ad studio insisted, pointing out that a bookshop shouldn’t be viewed only from the perspective of profit but rather for its spiritual and cultural contribution. A bookshop can even be the extension of a city or of a community, a meeting place.
Here, stairs in the Yuangpinh Meijing Bookstore connect the first two floors, creating a vertical circulation route that encourages people to stroll and explore the area between the two atriums but also invites them to venture into the other shops. The course enables visitors to enjoy new experiences inside the limited space.
At the same time, the designers reorganised the circulation route of the whole shopping mall to improve access and functionality. Initially, there was a children’s playground area on the second floor, which has now been redesigned and improved while still keeping the original fun functions for the kids. A new staircase was added to improve access to the food hall.
At first, y.ad studio had conceived the atriums and passageways as open areas, to foster interaction between the different zones. Still, the bookstore needed some peace and quiet, so the creatives used polycarbonate panels to set up a more secluded, intimate environment, while still keeping certain visual connections. The view of the skylight in the atria is heightened by a perforated aluminium ceiling, which filters the sunlight, creating a beautiful play of light and shadow in the space.
It only took about 5 months to complete the project, and the shopping mall then reopened. As the focal point of the shopping mall, the new bookshop has gained lots of popularity with citizens. It provides some great spaces for book presentations, art exhibitions and other events and activities. With the reuse and activation of this central space in the existing building, young consumers – new users of the mall – are attracted to it. 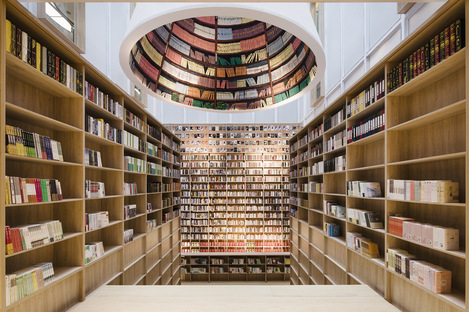 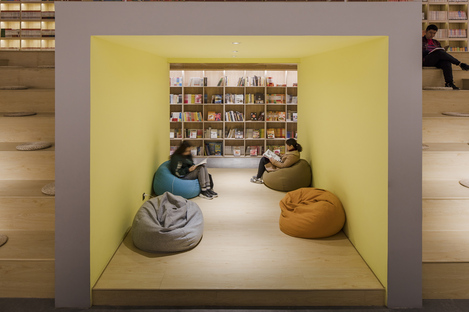 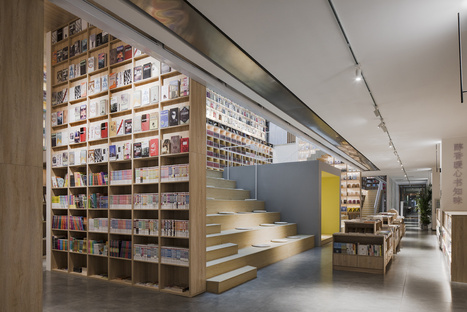 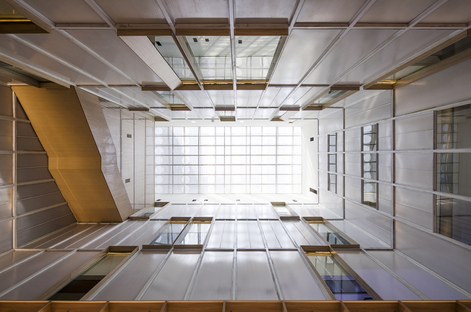 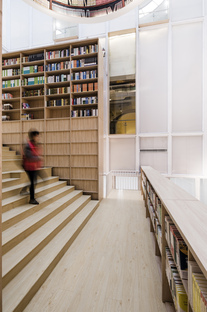 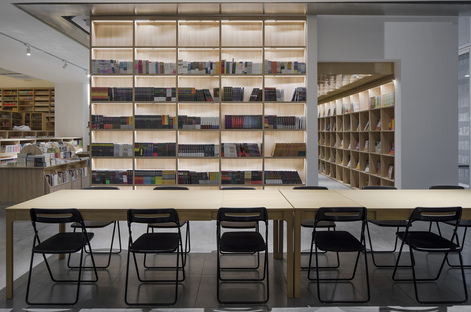 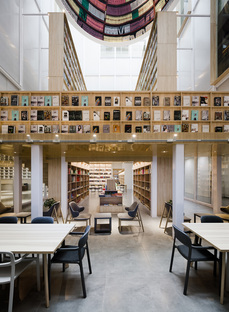 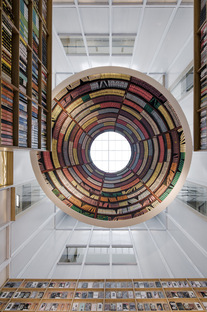 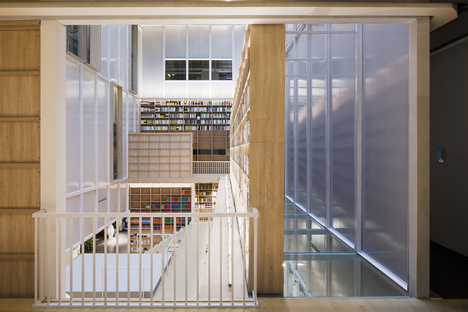 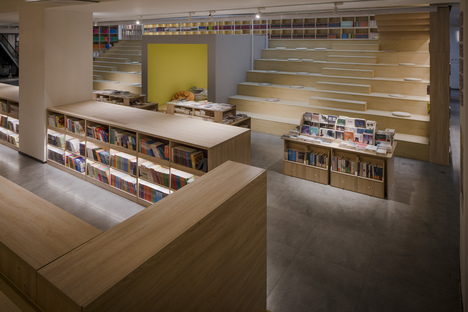 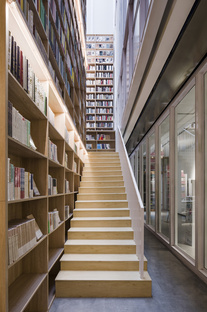 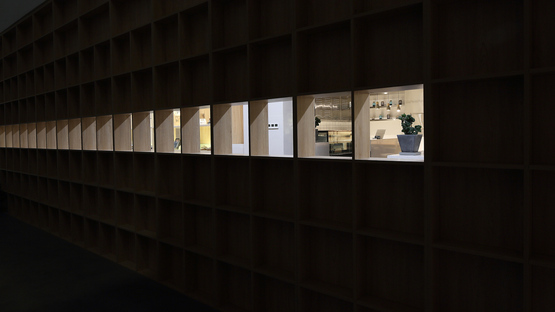 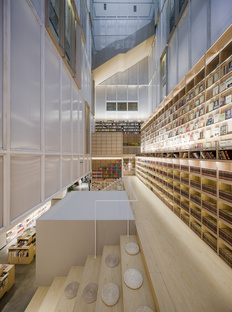