V-Plaza, the work of the German architecture studio 3deluxe stands amid a newly designed set of buildings in Kaunas, Lithuania. This visionary plaza celebrates contemporary mobility and technology of the future—a joyful combination of skate park, playground and urban living room for the community. 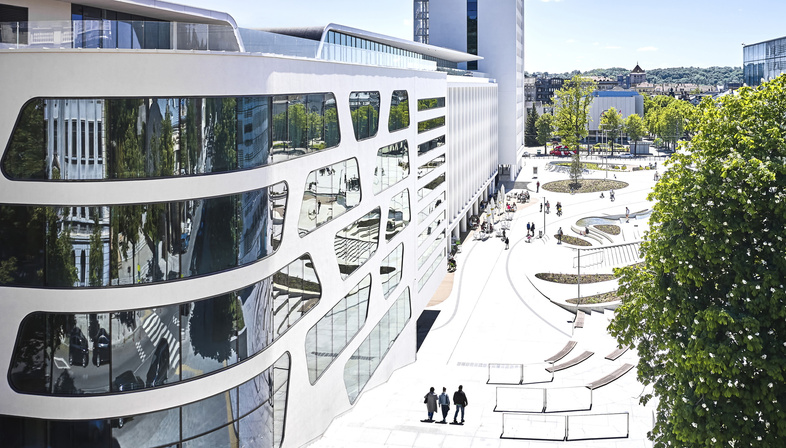 In Kaunas, Lithuania, what was previously a mostly unused space surrounded by historic buildings has been transformed into a new, inviting public plaza where you can casually enjoy a coffee in your lunch break or get some work done outdoors while the children play in the water, young people skate, and students relax in the sun.
This area in the city centre is where the design team from the German studio 3deluxe has completed a future-oriented architectural concept for “Unity Square”, the plaza steeped in history, with its impressive buildings from different eras. In 2016 3deluxe was awarded the contract for the complete transformation of the central square, together with the buildings on its eastern side – three new builds and two renovations, along with an underground garage that extends beneath the entire plaza. The project brief was to give the city new impetus and at the same time, reflect the country’s innovative spirit, as a pioneer of digitization.
With an extraordinary design setting off the extensive façades to pleasant and cheerful effect, 3deluxe has created modern workspaces and transformed the plaza into an inspiring environment featuring organically shaped green spaces, curved pathways, different seating levels and the latest technology to give it a real urban ambience. The design challenge was to preserve the cultural heritage while embracing the contemporary spirit with innovative architecture that does justice to today’s society and is bright, friendly, open, connecting and connected.
As for the architecture included in the project, the new corner building is a tribute to Lithuania’s Art Deco heritage. With its rounded, organically shaped expanses of glass and the elongated façade, the elegant simplicity and sleek, flowing forms of the corner building make it really exciting, celebrating its modernness rather than attempting to conceal it. Then, the central new-build block reflects the city’s Bauhaus tradition, forging a clear link to the now modernized dual complex that epitomizes the international style of the early 1960s. The redesign of the façade picks up on the aesthetic simplicity to be found in this Baltic testimony to mid-century Modern, with a pronounced Cubist design vocabulary and clear lines.
Then, in the centre, is the square. This 22,000-square-metre historic plaza has been redesigned from a contemporary perspective. 3deluxe developed two levels of interpretation for the urban space. One is linear and forms the historical context, taking into account the existing visual axes and movement. The other level is designed to be organic and fluid, reflecting the natural flows of movement of passers-by. It gives rise to pathways, stepped seating, natural green islands and water features. The materials used - light granite, wood, and modelled elements made of white concrete - create a lively urban landscape. Local flora was used to plant the green spaces. Native pine and birch along with insect-friendly grasses and shrubs form the basis of the greening concept.
V-Plaza by 3deluxe won the 2019 German Design Award, “Urban Space & Infrastructure” category, precisely because of how the design team skilfully combined the old and the new, but more importantly because they created a real urban living space in Kaunas, promoting outstanding quality of use. 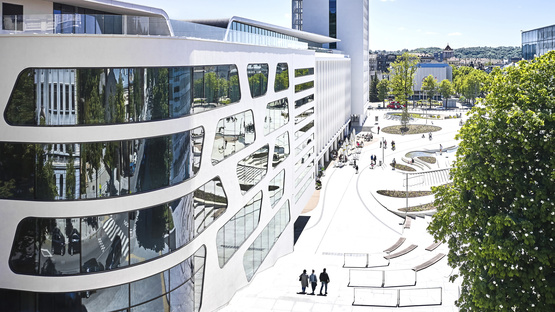 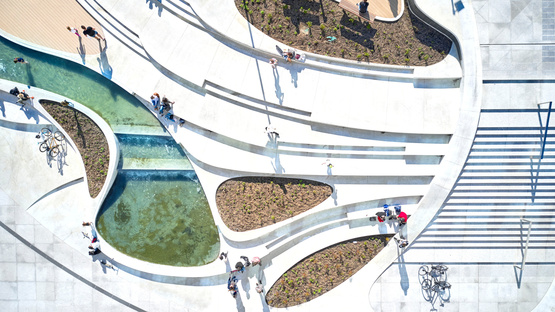 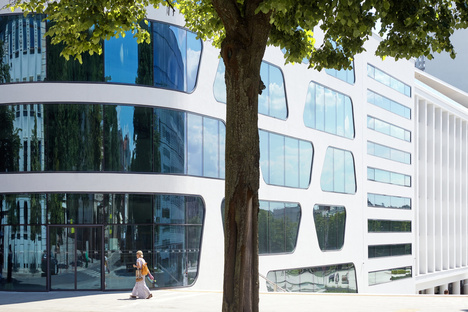 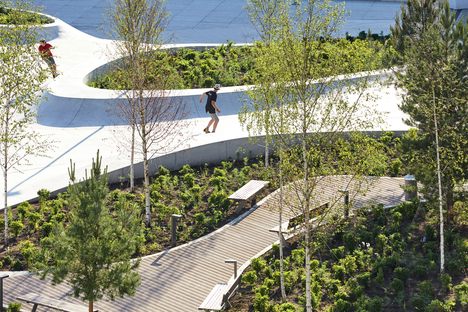 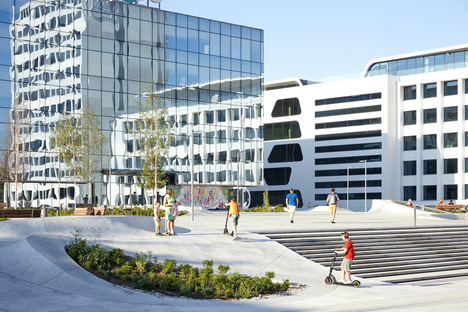 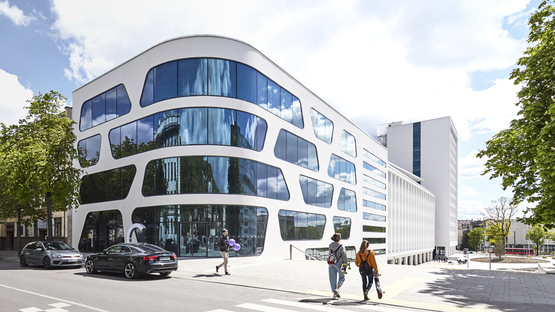 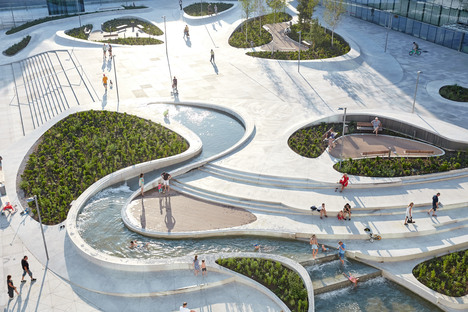 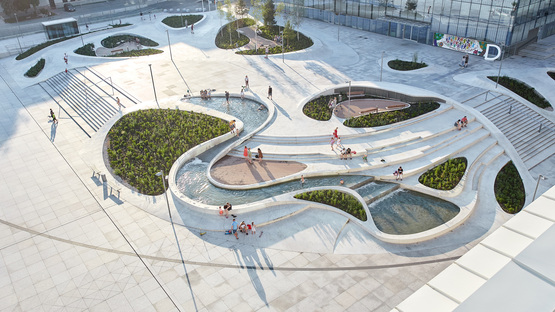 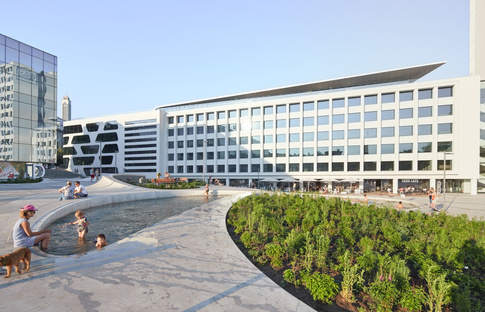 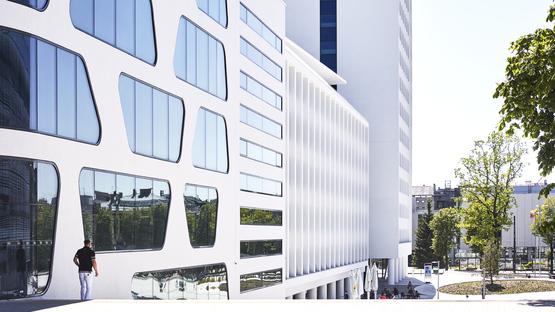