A place of design, the 2.0 venue in Tortona 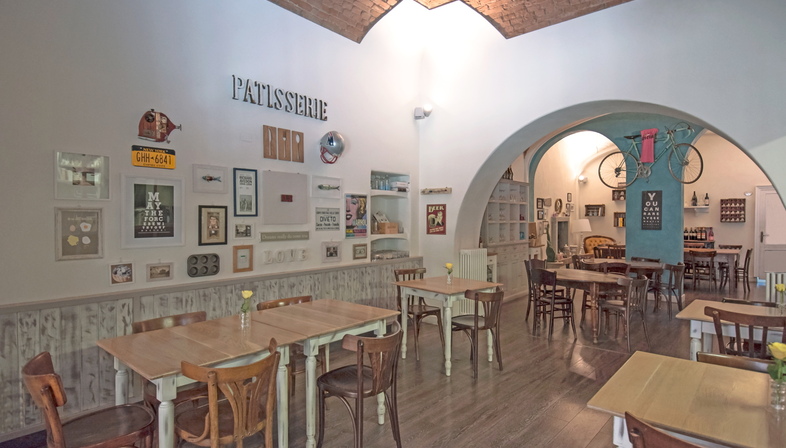 Chic eateries and trendy bars are synonymous with big cities in Italy, particularly Milan. But times are changing and now you can find venues in country towns that can easily stand up to the comparison with the metropolises. One of these is 2.0 in Tortona, Piedmont.


The theme of Italy's interior territories dominates Arcipelago Italia, the exhibition curated by Mario Cucinella for the Italian pavilion at the 16th International Architecture Exhibition – La Biennale di Venezia. So we decided to show our readers a place of business in one of these areas - Tortona on the Piedmont plains, at the midway point between Milan, the metropolis to the north, Genoa on the coastline to the south, Piacenza to the east and Turin to the west.
A land of crop farms and vineyards with some of the Made in Italy fine food and wine, like the wine produced from the native Derthona varietal, also known as Timorasso. This sets the scene for the 2.0 coffee and food venue created by Emilio Colombo and Elisabetta Ghisleri, owners and designers of the café in the historic centre of Tortona. A contemporary venue in Piazza Malaspina, a popular hangout for locals, a pedestrian area with traditional paving, where children play and young people meet in the afternoons, under the watchful eyes of their grandparents.
2.0 simply continues the story of these walls where, before the second world war, a restaurant called Buenos Aires had already been opened. It also kept its name after 1946 when Elisabetta Ghisleri's father took over the licence. After more than 70 years as a bar and restaurant, it was time to give it a makeover.
No easy task because when you restructure a landmark place in a small town, you invariably trigger the curiosity of the community. So, Elisabetta and Emilio opted to keep the old layout as much as possible, including the large windows opening onto the square connecting with the venue's terrace, covered by an elegant gazebo that incorporates the large old climbing plant.
The interiors have been revamped to meet the needs of contemporary food service with an open kitchen and large counter displaying homemade sweets and cakes. The open space with the classic vaulted ceiling of historic buildings welcomes guests with lots of details and warmth, in keeping with the idea of offering them an extension of their own home where all the fixtures and fittings convey a kind of domestic imagery rather than being strictly linked to the restaurant. In their world travels, the couple collected lots of ideas and input and many pieces selected here are inspired by those, giving repurposing an important part to play. One noteworthy feature is the large antique table at the end of the restaurant, perfect for large groups to dine together as well as for impromptu co-working, a philosophy that is also reflected in the new name. We're looking at a 2.0 restaurant and café where the finest local tradition blends with the eternal present of the web, with Wi-Fi access, just like in the big cities.
Who said you had to go to the large metropolises to be able to enjoy these services? 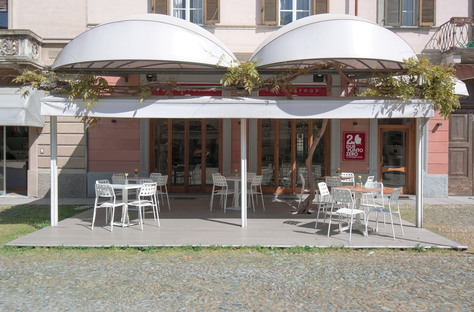 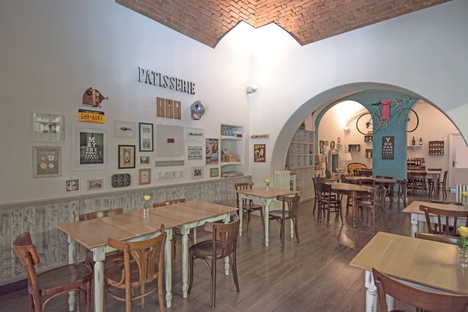 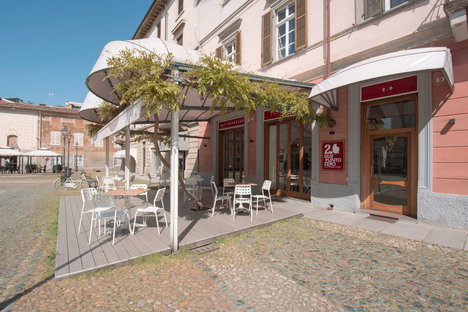 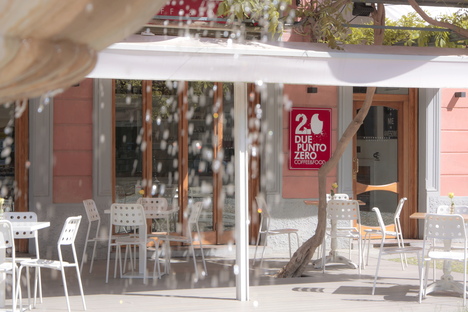 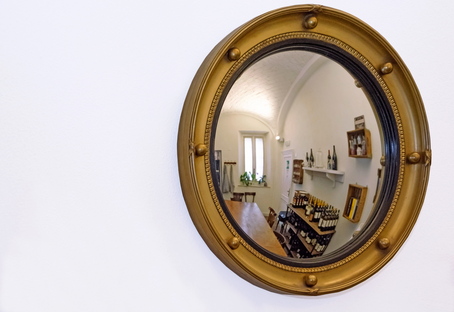 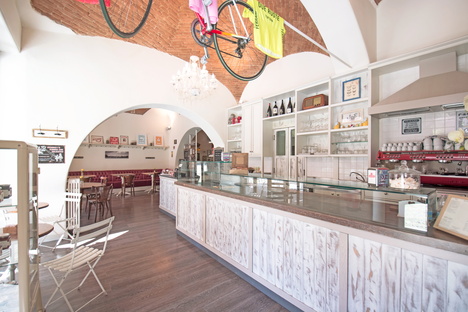 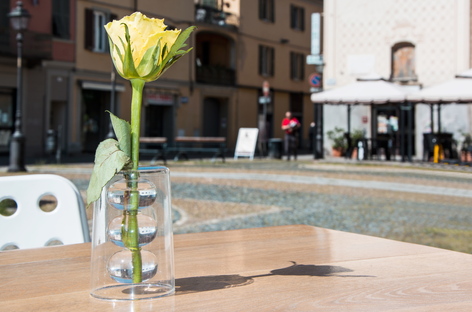 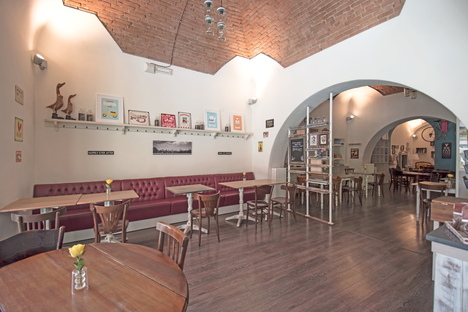 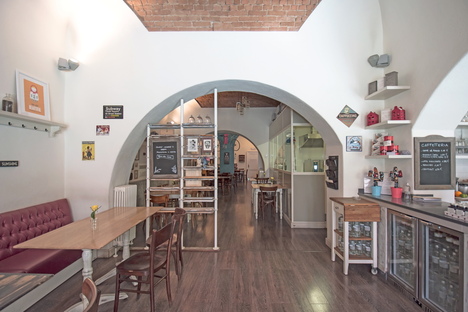 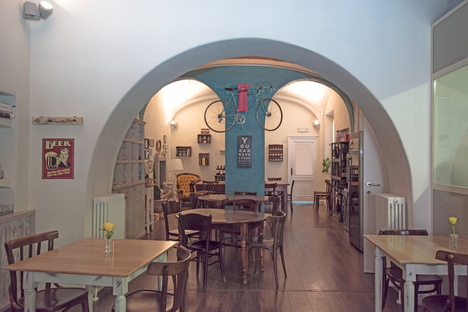 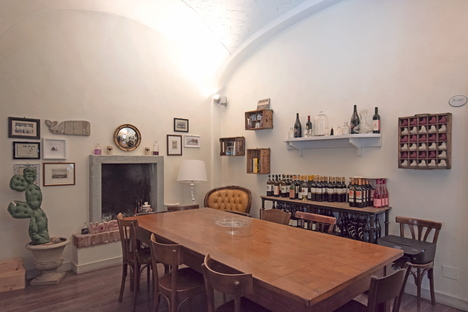 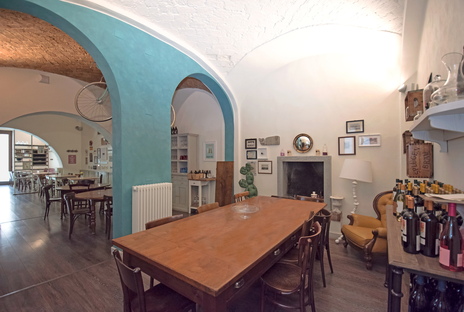 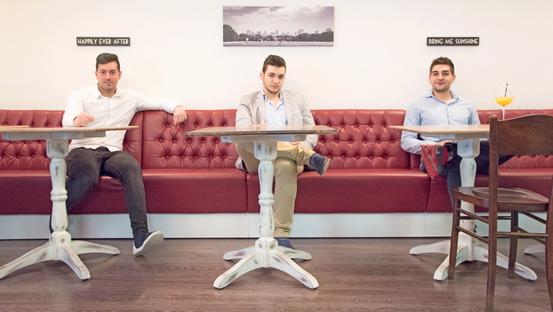 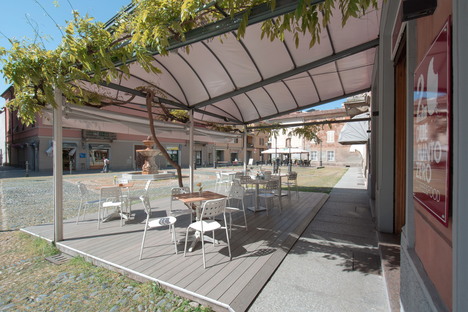