Cheng Chung Design, CCD, in Nanjing, has renovated China's first Golf Hotel, dating back to 1929. For the Suning Zhongshan Golf Resort, CCD has seamlessly linked the past and the future, emphasising the charm of the ancient Chinese capital through the new language characteristic of contemporary design. 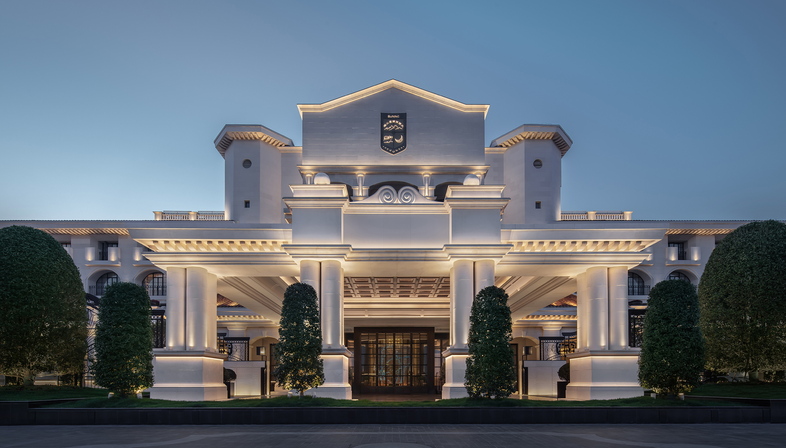 The transformation of a hotel in Nanjing, in the province of Jiangsu in China, by the CCD studio owned by designer Cheng Chung, is part of the broader context of what was once the capital of six dynasties in ancient China. This is a place where every architectural element bears witness to an important past, as well as to the history and culture of the city.
Nanjing, also called Jinling, or Golden Hill, is located in the eastern part of the People's Republic of China at the beginning of the Yangtze River Delta. The city lies on both sides of the river, which bends to the east here, with the centre located entirely on the right bank. Even today, as a city of over 5 million inhabitants and a metropolitan area of over 8 million, it is famous for its natural beauty, primarily Zhongshan Mountain, also known as Purple Mountain. This peak, often surrounded by mist, is an iconic natural and cultural destination, at the foot of which lies the Suning Zhongshan Golf Resort, enhanced by its proximity to the Ming Xiaoling mausoleum and the presence of a 460-year-old ginkgo.
This hotel was recently renovated by the CCD studio, based on its geographical location and without overlooking the important role this place has played in the history of modern China. Indeed, the property is located right next to China's first golf course, built by the Ministry of Foreign Affairs of the Republic of China in 1929. A field which, in the 1930s, served as a key platform in the negotiations between Chinese and Western politicians.
With this in mind, CCD has created a magnificent transformation of the hotel, emphasising the link between past and present, the intersection of East and West, and the integration of an elegant European art style. All this, of course, using the latest design techniques for this luxury accommodation, reopening it to the public after 10 years of work. In such an operation, the skilful use of greenery should not be forgotten, as it enhances the guests' experience. So on the way to the hotel there are sunshade trees, the Firmiana simplex. These robust, locally grown deciduous trees with their glistening branches and leaves adorn the avenue leading to the hotel, providing the perfect respite during the hot months.
The entrance to the building, meanwhile, with its copper doorway, opens onto the reception area with black wood panelling, a golden ceiling and stone floor, recalling the prosperity and old-world charm of the city with this subtle fusion of black and golden tones. Even the layout of the reception area, in the shape of an octagon, is a reminder of the past, as it was inspired by the graphic element of the Bagua. Attention to detail is also evident in the hotel's restaurants and guest rooms. Here, the visual connection with the landscaped garden enlarges the space towards the outside, as the nature of the site itself is an integral part of the project.
The Suning Zhongshan Golf Resort, redesigned by the CCD studio, is now a place for those who enjoy a relationship with the landscape in a setting of great historical elegance, skilfully adapted to contemporary needs. 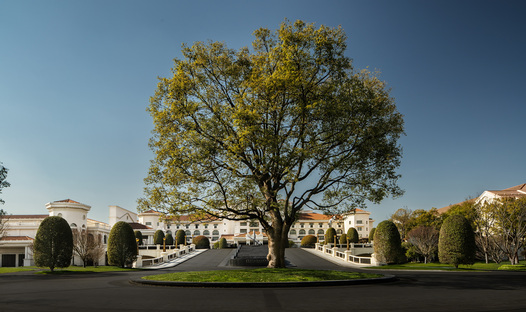 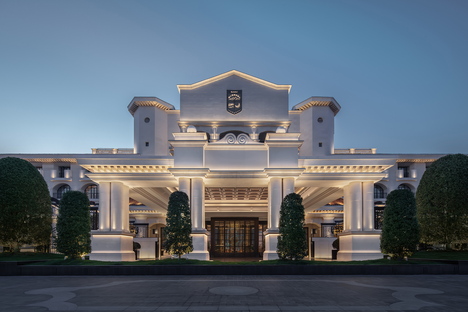 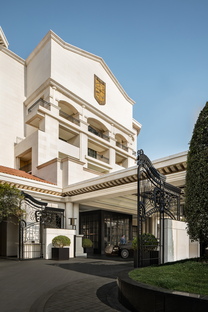 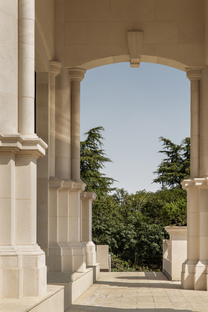 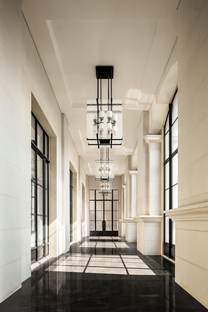 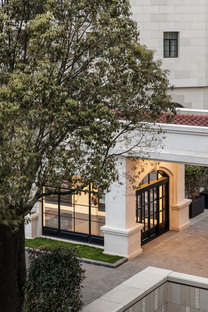 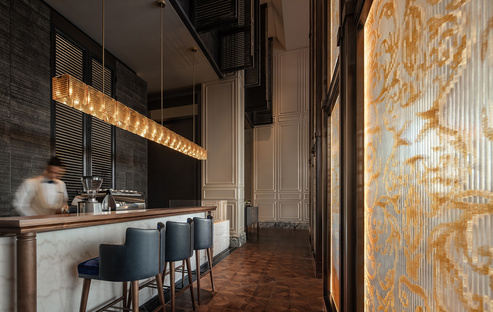 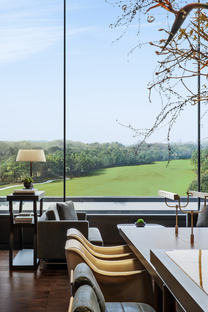 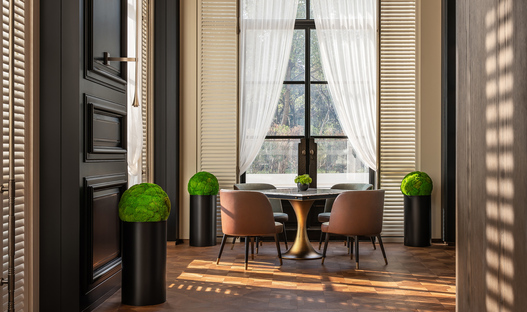 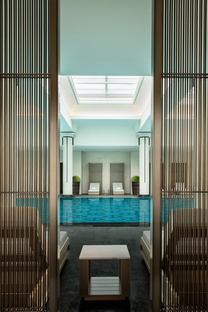 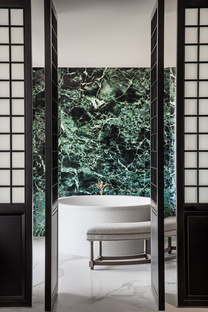 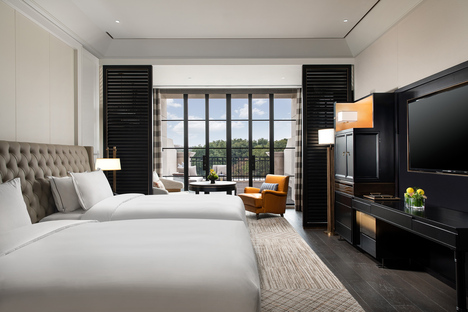