The Chinese CCD studio has designed the Hoiana Hotel & Suites in Vietnam, in Hoi An, within the new Hoiana Integrated Resort tourist destination. The projects starts from local traditions, to meet the different functional space requirements of people in the contemporary context, creatively introducing new meanings and functions into the space. 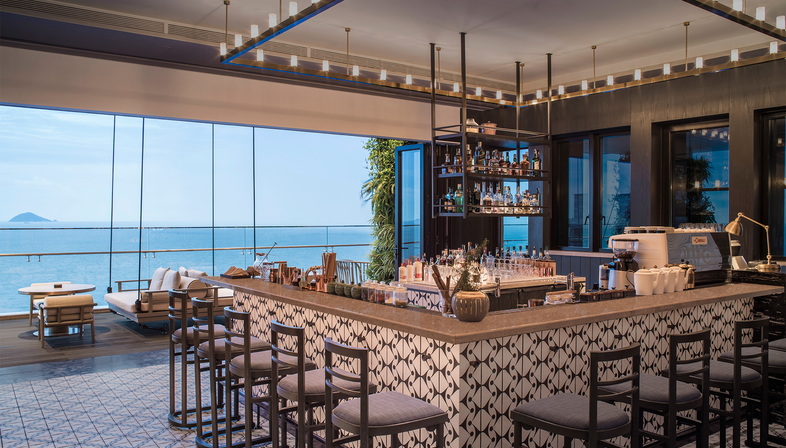 Hoi An is considered by many travel guides to be the most picturesque and charming city in Vietnam. With approximately 75,000 inhabitants, it is one of the smallest cities compared to Hanoi, but is a must stop on any trip to Vietnam. Well-protected at the mouth of the Song Thu Bon River, about 30 km inland from the China Sea, the town was once the largest port in South-East Asia, above all thanks to its position on the Silk Road. The history of Hoi An dates back to the 4th century, reaching its peak between the 16th and 17th centuries, under the Nguyen rulers. During this period, the port was further expanded becoming an international trading centre that brought a growing number of Chinese and Japanese traders to settle here and allowing the city to grow steadily. It also served as a point of reference for European traders, who came mainly from France, Holland and Portugal, making this port a place where Eastern and Western cultures converged.
This long multicultural history of the city becomes the very basis of the design created by the CCD - Cheng Chung Design studio for Hoi An South Development ltd within the Hoiana Integrated Resort. The resort combines a fantastic beach location and centuries-old tradition with sophisticated elegance and guest entertainment in a large area that extends for almost 1,000 hectares.
All of this, starting from a storytelling deeply rooted in the typical imagery of Vietnam, reminiscent of French writer Marguerite Duras’ works that speak of "a country where French romanticism and the unique gentle temperament of South-East Asia coexist".
The architecture of the ancient city of Hoi An is dominated by historical buildings characterised by an authentic and delicately preserved Vietnamese style, without any trace of modern architecture. The French colonial style, on the other hand, has been considered one of the architectural hallmarks of this city for over a century. The very reason why new constructions responding to the growing demand for tourism are being built outside the city centre.
CCD takes the French colonial style as the common thread in the design of the complex's nearly 20,000 square metres, carefully incorporating local customs and artistic elements into the new Hoiana Hotels & Suites to create a memorable experience and trigger sensory emotions in the space for those who stay here. To make this possible, the designers interpreted old materials in an innovative way, for a contrast between old and new in different functional areas. Traditional objects such as tea tableware, lamps and floral decorations play an important role in this context, echoing the local aesthetic taste and cultural characteristics and sharing the local culture in the details of everyday life.
The CCD team also emphasises greenery as an integral part of the project: nature and plants are introduced into the space in a seemingly random way, further reinforcing the dialogue between inside and outside. The natural landscape, light and shadows subtly infiltrate the spaces, enlivening them and the cultural symbols contained.
In the guest rooms, dialogue is ensured by adopting the typical Vietnamese style layout, with outdoor terraces offering views of the charming white sandy beach and the beautiful coastal landscape, allowing guests to fully enjoy their holiday in this enchanting place. 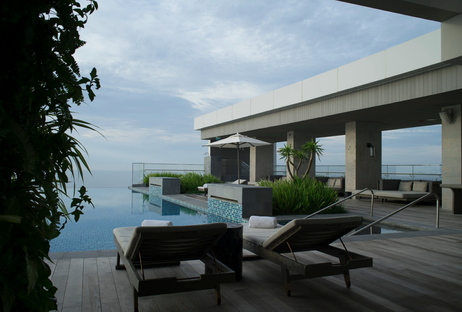 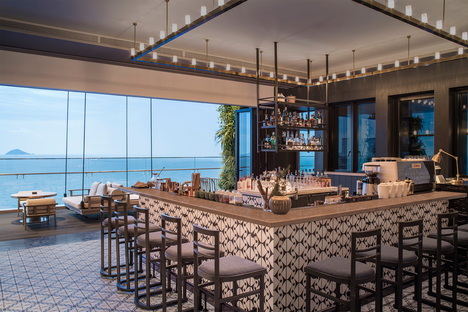 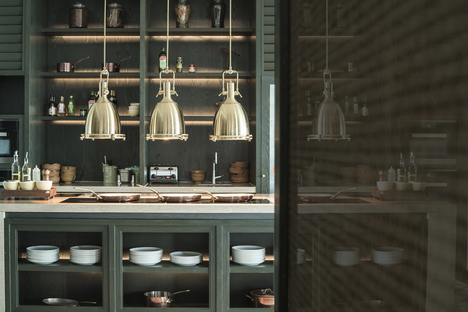 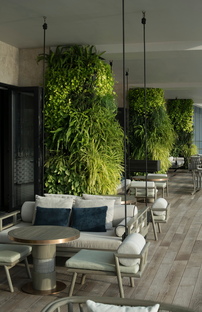 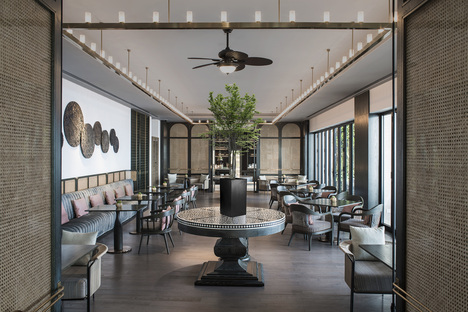 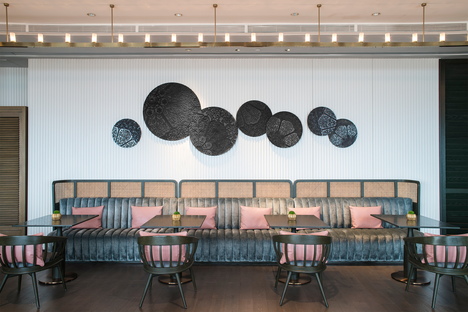 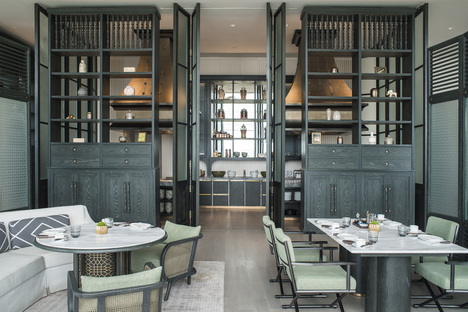 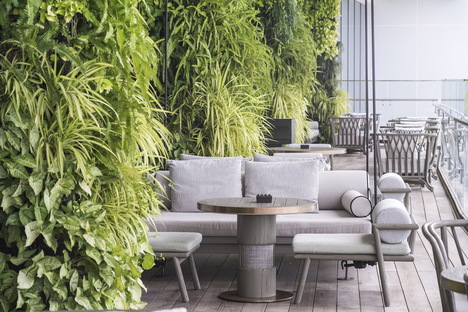 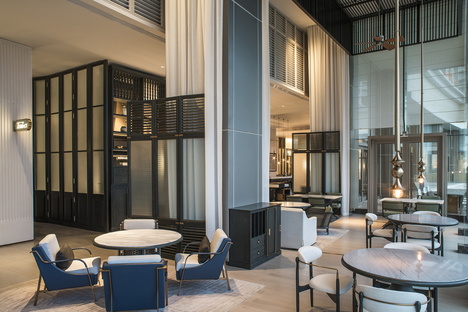 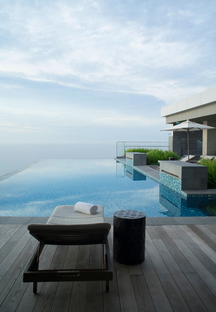