The designers of Chinese studio CCD created the interior design for W Changsha Hotel for the client YUNDA. The creative design is inspired by the history of the Chinese city named after a star, and this cosmic theme provides the inspiration for the interior design of a hotel with a futuristic atmosphere. 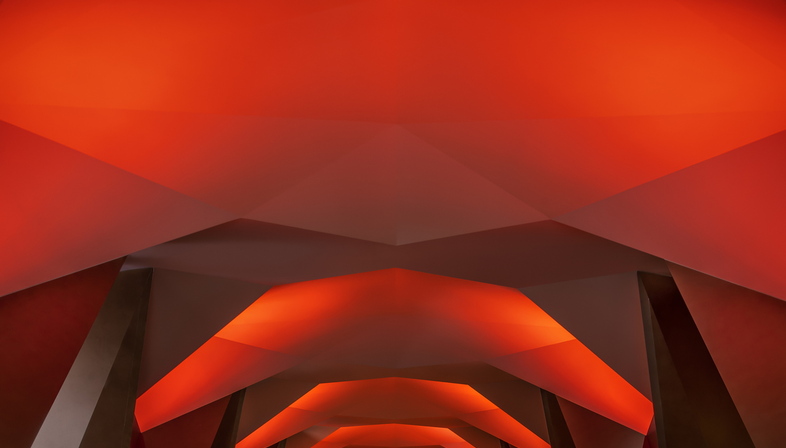 Our readers will realise that storytelling has become the key to many of the projects we cover about design for the hospitality industry; offering something new and different is important today, especially in cities which already have a large number of hotels. And so interior design for hotels offers an excellent opportunity for designers to give free rein to their imaginations!
This was the case in Changsha, the capital city of the Chinese province of Hunan, with a population of more than ten million. When Marriott International’s luxury lifestyle brand W Hotels Worldwide opened a new property, W Changsha, a 345-room hotel which is the first W in central China, the owner, Hunan Yunda Industry Group, appointed CCD / Cheng Chung Design of Hong Kong to come up with the interior design for the new property. Founded by Joe Cheng, who specialises in hospitality design and has worked with numerous high-end international hotel brands. For the W Changsha, Cheng began with Changsha’s heritage as the city of stars, “full of surprise and mystery like the universe”, as the designer says. “CCD combines the concept of futuristic travel with the local cultural context to create a fantastic "Starry Universe", which ignites the passion of exploring the unknown with curiosity and courage.”
This voyage within a voyage begins at the big “W”, a sculptural logo that welcomes guests arriving at the hotel. Its rough textures are like those of the moon surface, while its splendid lines recall the trajectory of aircraft and satellites, all underlined by soft lighting giving the sculpture a mystical air.
The designers continue to tell this story in the gateway, presented as a deconstructed star with sharp edges and angles; the cold metal textures of the gateway create dramatic effects accompanying guests into the foyer containing the reception area. Here the architects play with images of the universe broken down into planets, meteorites, dust, protons, neutrons and atoms, featuring elaborately designed lighting in combination with an industrial-style bare concrete wall, while rhombic lines are vertically embedded into the stone floor in a way much like the movement of beams of light. Copper sections folded at large angles and in different directions extend our spatial perception of the counter in a space that induces “guests to get away from reality to immerse themselves in themultidimensional space journey and to dialogue with the universe.”
The star-shaped ceiling lights and blue spotlights create intriguing visual effects like those of blockbuster Hollywood films, giving guests the impression of being in a spaceship like the Starship Enterprise.
The art installations dotted here and there throughout the project play a very important role in CCD’s design. Many of them feature symbols of the universe, such as stars, meteorites, and the orbits of the stars, followed by the humanoid sculptures of the “Pepper Man”. The connection between the lobby and the bar looks like a landing runway, in dark hues that blend reality with imagination and make guests feel as if they are entering a black hole to travel through time. Every little detail, even in the rooms, reflects CCD’s intention of building a futuristic wonderland that combines nature, defined here as the universe, with architecture and people. Painstaking architectural storytelling allows the hotel to offer a truly “star-studded” holiday experience. 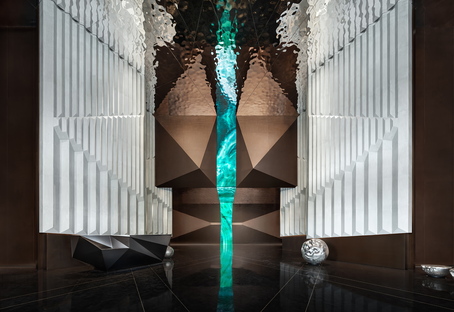 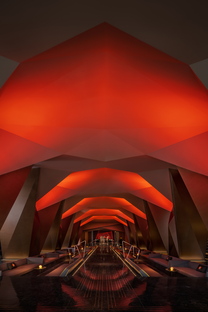 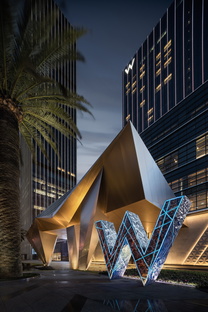 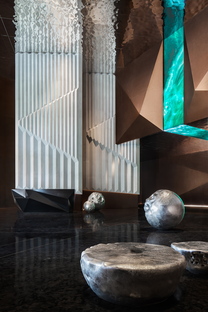 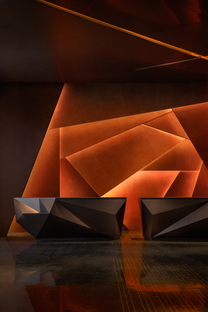 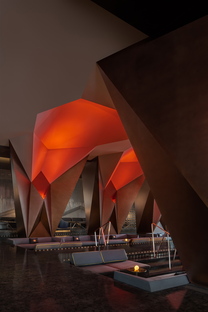 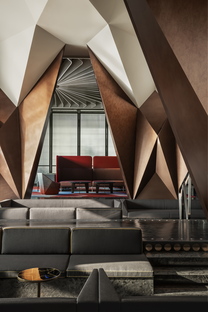 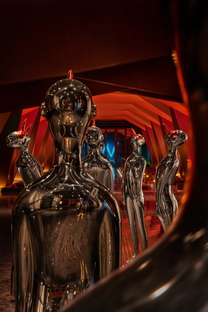 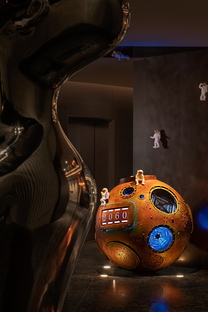 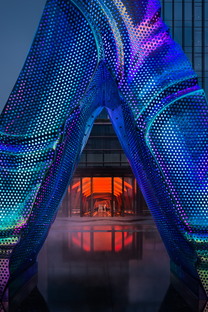 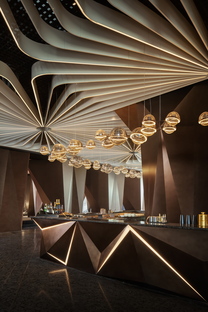 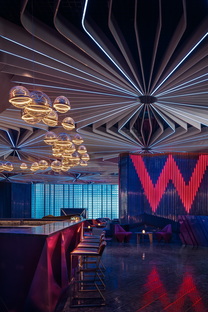 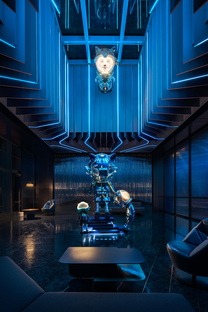 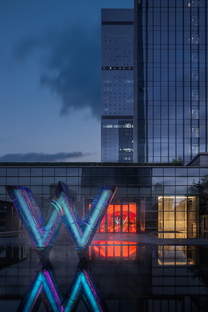 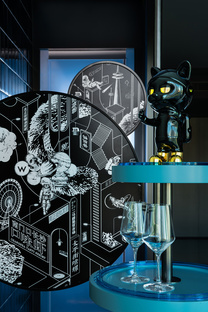 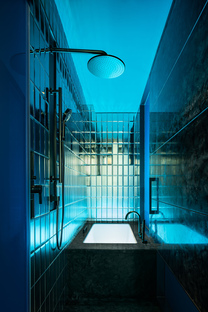