For M., the new Museum for Immersive Art in Almere, the Netherlands, Alessandra Covini and Giovanni Belloti, the young duo behind Studio Ossidiana, created an experimental project. A floating pavilion that appeals to all the senses and refers to the Dutch city's tradition, built on reclaimed land where the Zuiderzee once stood. 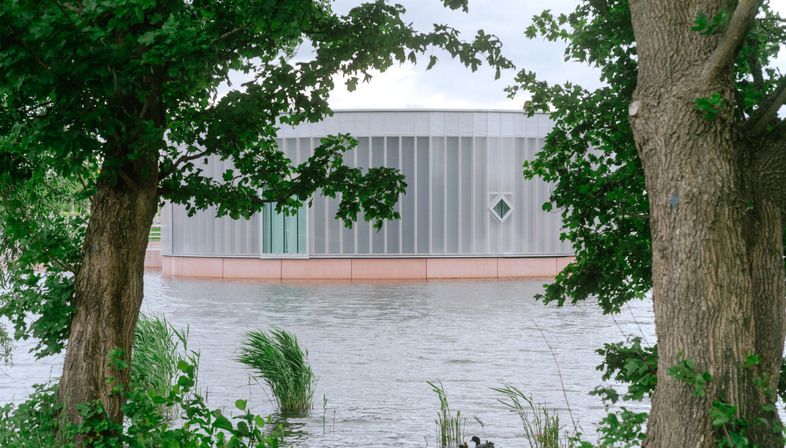 Almere is the newest town in the Netherlands: the land on which the town stands, the polder of southern Flevoland, was reclaimed by the IJsselmeer from 1959 to 1968. The first house was completed in 1976, and Almere became a municipality in 1984. The city, located just a short distance from Amsterdam, now boasts a population of around 220,000 inhabitants, making it the 8th largest in the Netherlands.
When such a new and experimental city decided to build a new museum, to gain a certain cultural stature, it is obvious that the approach to the project itself, from the competition to its realisation, would be equally experimental.
As this was an important element of Almere's identity, instead of immediately establishing a museum, it was decided to first experiment with a temporary art pavilion, following the immersive concept, with ample space to develop and test new ideas in the years ahead. Obviously, the process followed an equally innovative approach: in early 2020, the municipality of Almere and the province of Flevoland invited five emerging architecture firms working at the intersection of architecture and the visual arts to submit a design for the art pavilion.
The invitation was intentionally addressed to young architects who had never seen one of their projects constructed, in honour of the genesis of Almere itself, a city built on the ideas of a group of recent graduates in urban planning, who formed a creative think tank in the early 1970s. The museum-to-be was named M., claiming the first letter of its possible future destiny.
The winners of the competition, Studio Ossidiana founded by Alessandra Covini and Giovanni Belloti, proposed a pavilion, opened this past April, which is itself a work of art. Indeed, it fits in seamlessly with the province's extensive array of land art, which will become part of M's collection: The Port, The Stage and The Observatory. The Port is a ring-shaped promenade on the water that visitors can walk on made using shells, mussels, clay and charcoal, found in Flevoland's soil. The Stage, on the other hand, is an island with a terrace that will drift like a floating platform in case of strong winds. Finally, the Observatory, located on the third circular platform, offers two exhibition spaces. Its cylindrical façade made of lightweight polycarbonate filters and reflects the hues of the water and greenery, while the silhouettes of visitors projected through openings in the façade create an artistic spectacle for those passing by outside.
As the intention of the city of Almere is for it to become a museum for immersive art, M. is the prelude to a new icon for the city and province of Flevoland, "a precursor to a nationally and internationally renowned museum to be established in Almere in the next five to ten years if the pilot is a success", as we read in the press note of the future museum.
To ensure public interest and appreciation of immersive and land art, a comprehensive educational programme for primary and higher education has been developed and is currently being piloted.
We are sure that thanks to the Floriade Expo 2022, the World Horticultural Exhibition that runs until October, many visitors will get the chance to see this beautiful pavilion, which will subsequently become an integral part of the new Hortus residential district as the main attraction. 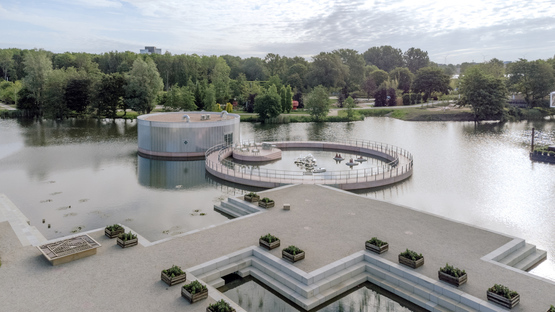 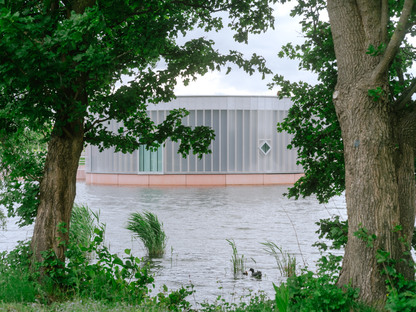 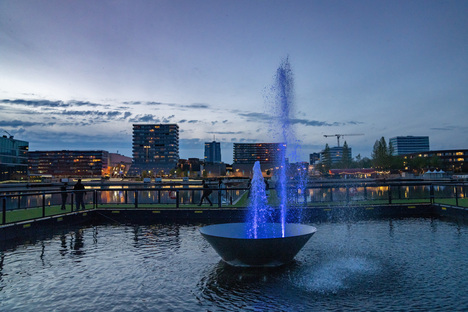 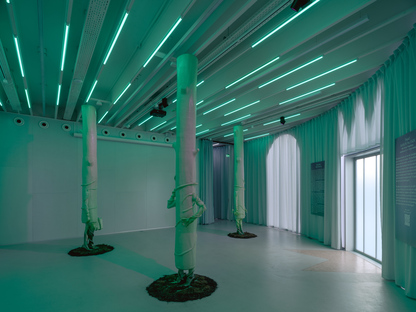 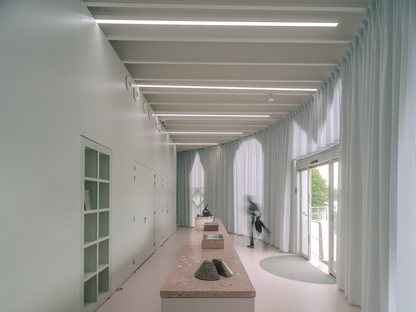 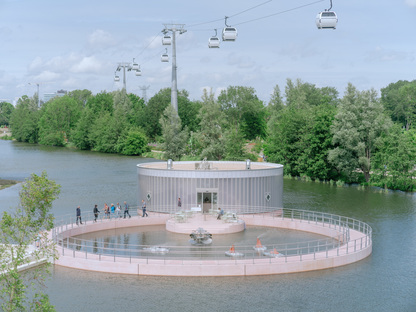 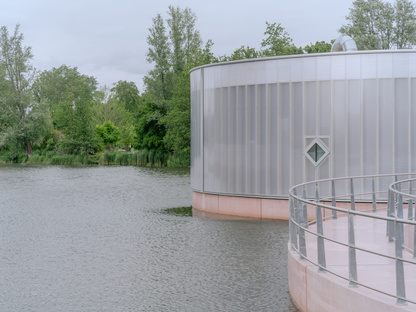 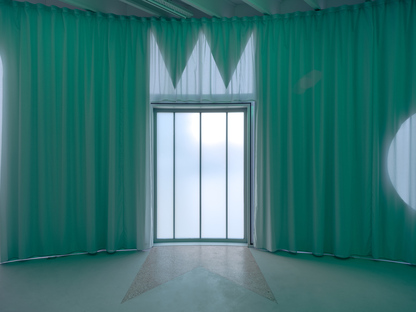 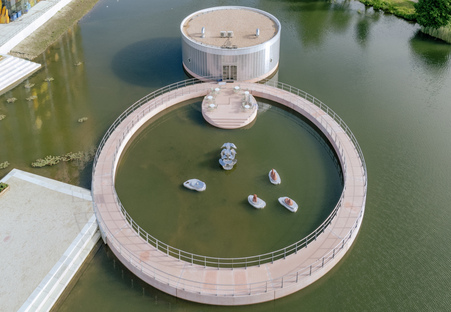 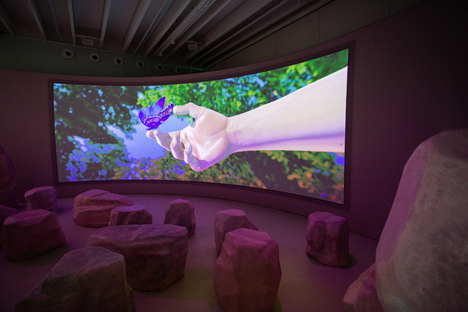