Last weekend the Floriade Expo 2022, the international horticulture exhibition held in the Netherlands every 10 years, closed in Almere. For six months, the 60-hectare Floriade park, on the Weerwater lake, presented the latest horticultural developments from around the world and now the park will be transformed into Hortus, a new sustainable residential area. 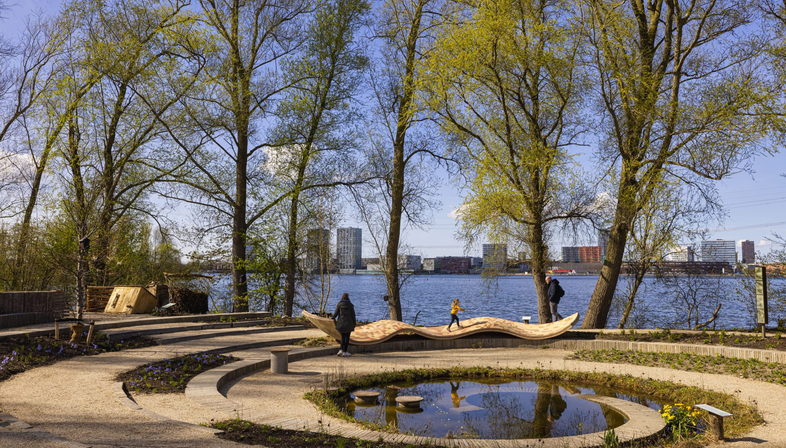 After six months, the Floriade Expo 2022 with the "Growing Green Cities" theme closes in Almere. The focus of the Expo, in fact, was not only plants, but also sustainability: about 400 participants presented the latest innovations, from nature-inclusive agriculture to a sustainable pilot house made from 93% recycled plastic.
Almere is a new city, built at the bottom of the former Zuiderzee, to meet the ever-increasing demand for living space in the Randstad area. The Randstad is a crescent-shaped urban agglomeration, consisting mainly of the four largest Dutch cities (Amsterdam, Rotterdam, The Hague and Utrecht), their suburbs and many intermediate cities, which have grown and merged into each other and where today, almost half of the country’s population lives. In just 40 years, it has become one of the ten largest cities in the Netherlands, with more than 211,000 inhabitants and development continues because now, after the international horticulture exhibition, the site of Floriade will become Hortus, a new residential green area.
This new urban district draws its basic character from the masterplan developed by the Dutch architecture studio MVRDV. The focus was on the diversity of plants, on health and wellbeing and on the simple pleasure of having green spaces around us. The ambition was to enrich the 60-hectare site with plants, trees and flowers, while exploiting its potential to become a city district that produces energy and food. The masterplan is therefore not only the basis for the Expo, but also for the innovative sustainable residential district named Hortus, destined to become the green counterpart of the centre of Almere, on the other side of the Weerwater lake. The concept is that of an arboretum, with an alphabetical library of trees and plants arranged in lots, based on a carefully defined grid. In these streets, plant and tree species are listed in alphabetical order according to their Latin botanical name. In the north-west of the site, we find the species that begin with the letter A, while those with the Z can be found in the southeast. These lots defined the layout of the temporary Floriade pavilions and will now define that of the new housing.
The technical aspects of such an ambitious project were developed with landscape architects Niek Roozen, together with Christian Pfeiffer from the municipality of Almere. In total, the project encompasses 40,000 shrubs, 200,000 perennials and 1 million bulbs. Dutch growers have donated 2,800 trees specifically for this edition of the Expo.
The plants are also the protagonists of the 43.5 metre-high Flores Tower, and located in the centre of Floriade Park. For the tower, MVRDV designed the colourful façade of the building, creating a work of art called Sympoiesis in collaboration with Arttenders and Flemish artist Alex Verhaest. All the tree, plant and floral species present at the Expo are depicted in a composition printed on the glass panels of the tower façade, while the names and positions of each species can be found at the base of the building.
Floriade 2022 was a laboratory for researching and implementing new technologies for ecology, nutrition, energy and health, to then translate them into the permanent and specific elements of the park with its four sub-themes: Making the city greener, thanks to more green spaces; Feeding the city: how to improve the food supply; Energy for the city: a smarter energy supply; and A healthy city for more conscious lifestyles. All this, in a context that combines human intervention with nature, in the best Dutch tradition, a prime example of circular economy and sustainability in view of the new Hortus urban district. 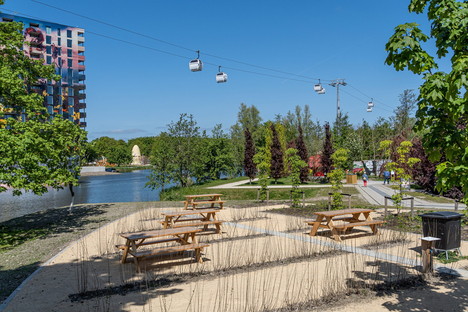 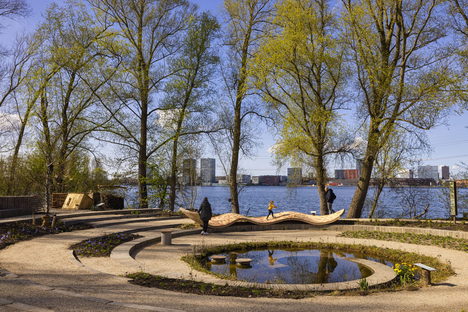 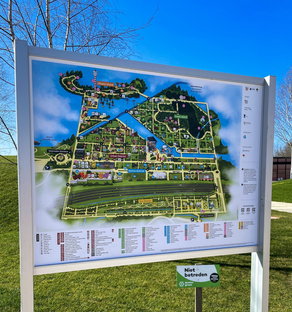 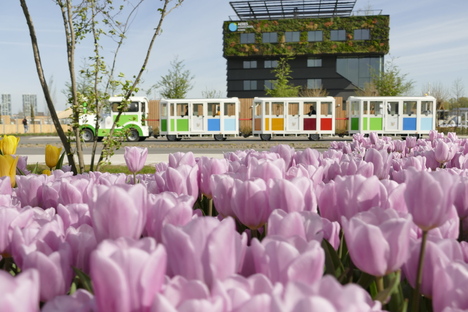 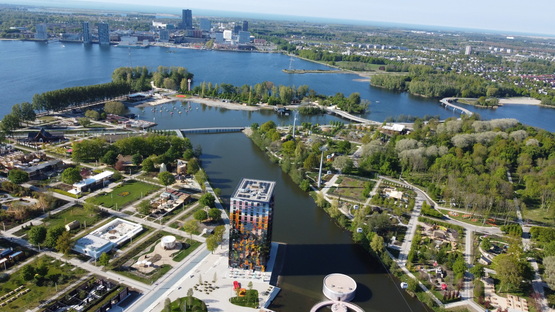 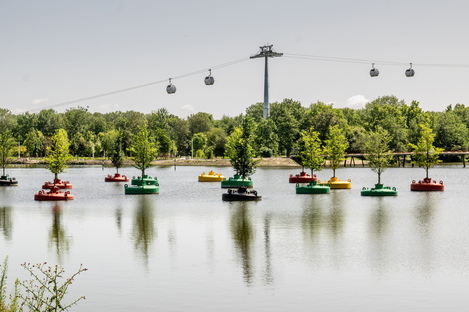 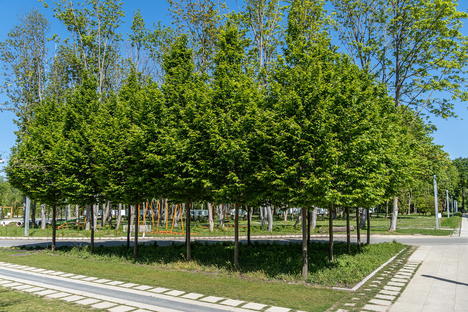 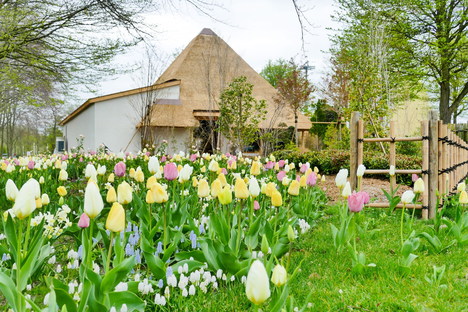 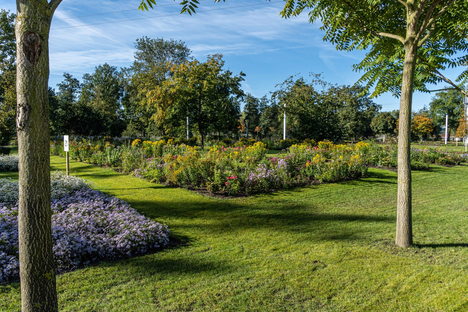