On the occasion of Floriade Expo 2022, the world horticulture exhibition in Almere, in the Netherlands, creative studio Kossmanndejong and Overtreders W, Onkruidenier and Joost Emmerik designed The Voice of Urban Nature pavilion for the cities of Amsterdam and Almere. The pavilion, the gardens and the exhibition are a single unit showing how we can all live together: people, animals, plants, trees and microbes. 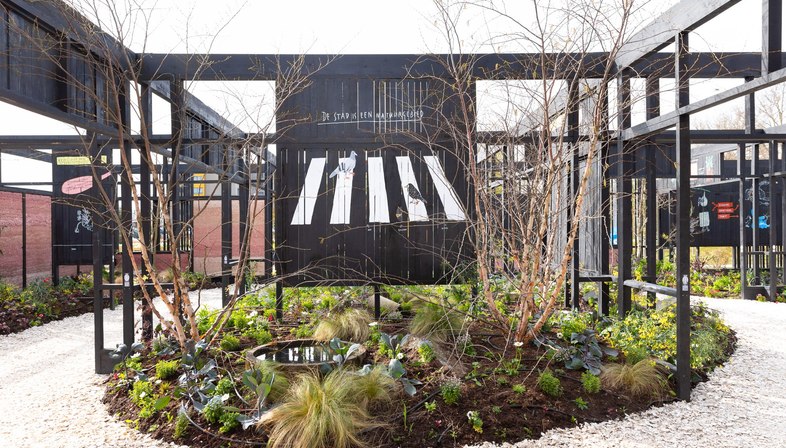 From April 14 through October 9 2022, a 60-hectare site in the city of Almere hosts Floriade Expo 2022, the world horticulture exhibition. With national and international partners, the Dutch horticulture industry presents innovations and solutions for sustainable, liveable cities under the theme "Growing Green Cities”.
This is the context of the The Voice of Urban Nature pavilion designed by Overtreders W, Onkruidenier, Joost Emmerik and Kossmanndejong for the cities of Amsterdam and Almere, responding to reflection on the fact that the metropolitan area of Amsterdam and Almere is home to trillions of inhabitants: people, animals, plants, trees and microbes. How can these cities be organised to support all their residents, human and non-human? The Amsterdam-Almere Pavilion at Floriade Expo 2022 amplifies the voice of all the cities’ inhabitants in gardens where different species meet, offering surprising points of view and cross-pollination.
On the basis of the assumption that construction, the growing density of the human population, and climate change are putting pressure on the various inhabitants of the city, there is a need for initiatives aiming to make the cities more liveable for all its inhabitants, whether human or not. But it is also important to listen to all the different “voices”, which are given tangible form by illustrator Paul Faassen with humour portraits of the occupants of Amsterdam and Almere. The result is a visual and spatial manifesto painted directly on the pavilion’s wooden walls: a heron talks about where it gets its lunch, while an apparently dead tree explains that it is actually teeming with life. Because if we want to understand nature, we must listen to it.
In the six theme gardens, visitors can listen to the stimulating, surprising points of view of the city’s inhabitants, broadening their horizons to include the non-humans who have an important contribution to make to a nature-inclusive future. According to Herman Kossmann, a founding partner in Kossmanndejong: ’ 'Figuring out the best way to visualise and share nature’s voice was an incredible adventure for everyone involved in this project’.
Partnership between a number of players, including the cities of Amsterdam and Almere, Pakhuis de Zwijger, Avanti Almere, architects, entertainers, audio producers, illustrators and builders, produced a special cross-pollination of design, expertise and perspective. The result of all these contributions is “a layered and multi-voiced narrative where all the parts seamlessly integrate and build on each other.”
The pavilion design naturally responds to the criteria of sustainability as it was built on a biological basis, meaning that the pavilion walls are made of materials from an old ship and from installations at the Rijksmuseum. When the Floriade Expo closes, Amsterdam and Almere will move the pavilion and reuse it for ten years. In view of the pavilion’s short lifespan, its creators made it entirely out of biodegradable materials.
A visit to The Voice of Nature pavilion becomes a holistic experience because it involves all our senses, and because it is a truly inclusive story.
Along with landscape architect Thijs de Zeeuw, Kossmanndejong also developed the concept for the Floriade School Garden for the cities of Amsterdam and Almere. 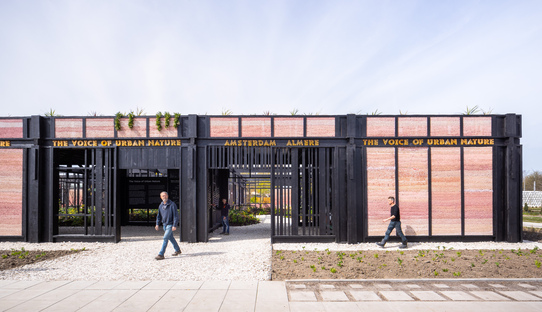 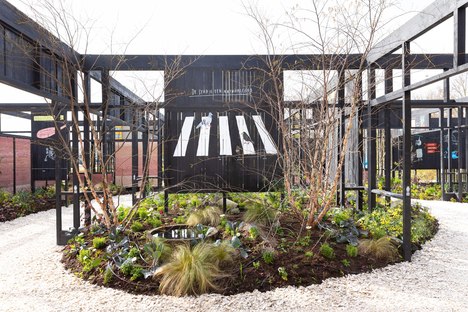 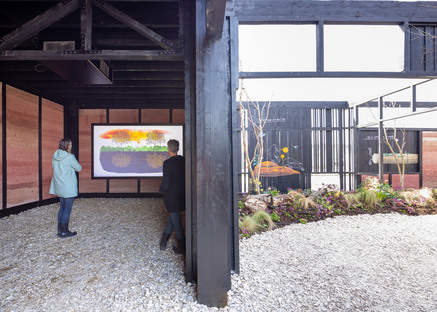 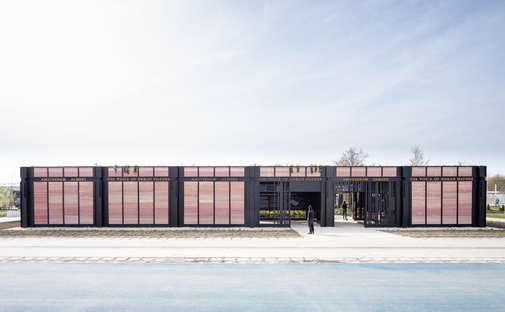 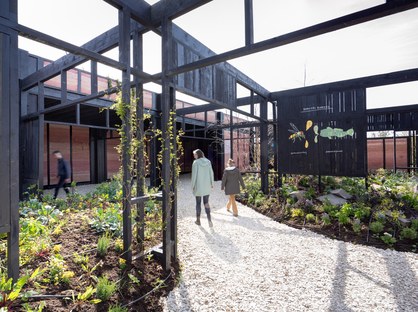 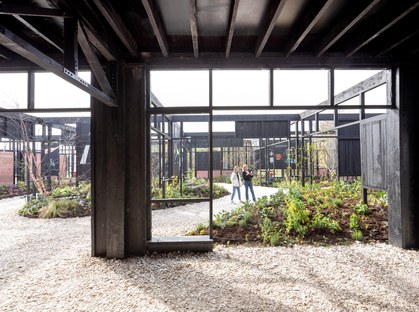 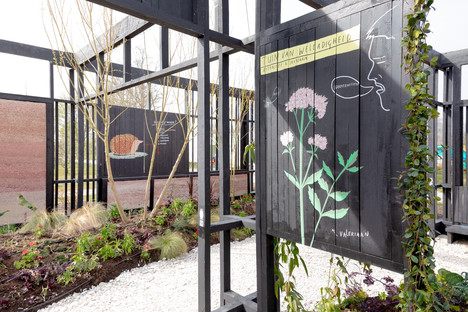