The Chinese architecture studio Wutopia Lab, commissioned by the Sino-Ocean Group, has created the Monologue Art Museum, a multifunctional space dedicated to different artistic disciplines and a sequence of spaces where visitors can enjoy art undisturbed in its various forms, from performances to exhibitions. 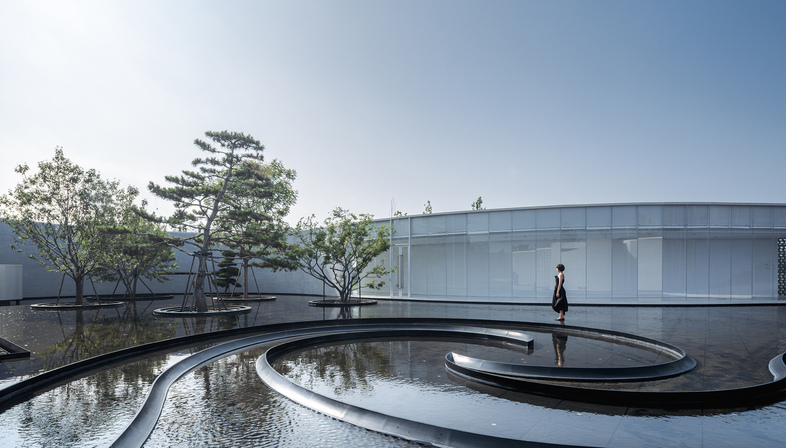 Seatopia is a coastal tourist complex developed by the Sino-Ocean Group, an investment holding company engaged in investment and real estate development activities in China. The complex is located in Beidaihe, a popular seaside resort and district in the port city of Qinhuangdao, in Hebei Province, on the Chinese coast of the Bohai Sea.
In the town’s already vast offer, however, there was no place dedicated to art. A deficit which the designers of the Wutopia Lab studio, led by architect Yu Ting, addressed and conceived as a quiet island within the lively residential neighbourhood. Starting from the figurative concept of Chinese paintings, characterised by their dynamic and sinuous lines, the idea of proposing a complex that extends over 1,300 square metres in a series of different spaces was born, including an art gallery, a dance studio, a yoga room and a theatre. The master plan resembles a triangle with curved edges. The four main functional areas are enclosed in an external wall which, like a protective embrace, also surrounds a reflective black pool.
A design gesture that offers a perfect explanation for the name of the project, Monologue Art Museum, as Wutopia Lab’s architects wanted to create an introverted space that could inspire and encourage self-reflection and creativity, in an increasingly noisy world that seems to show a preference for extroversion. "The Monologue Art Museum is a multifunctional space", explains Yu Ting. "It allows different people to be in different spaces at the same time, but one can be alone in an artistic way", he continues, explaining the concept of this charming place. Here, every detail has been carefully thought through to enable users to enjoy the moment in peace, like a hand scroll that unrolls slowly, making the various elements of the complex appear where light of different intensities and the water that seems to creep into the architecture, are the absolute protagonists in creating the distinct atmospheres of the museum. In line with the artistic soul of the project, Yu Ting's inspiration is equally expressive: the border wall connects the different spaces like "a shifting ink line", evoking the typical brushstrokes used in Chinese painting. This reference also explains the alterations in the museum’s perimeter along its length, with narrower areas that form corridors that widen to accommodate spaces such as the art gallery or the tearoom, which the client had specifically requested. The wall here is not black, like ink, but white and it is the basin of water, with its black background, that balances the ethereal quality of the museum, vaguely reminiscent of the Yin and Yang symbol.
Aside from the search for creating specific atmospheres to emphasise the power of introversion and introspection to produce conscious, attentive and inspired artistic results, much attention has also been paid to the structural part of the complex. Making a virtue out of necessity, so to speak, because the construction had to offer excellent seismic resistance. This led to the creation of seismic joints in the volumes, which have been cleverly concealed in the roof, on the façade and in the interior of the structure, "to ensure that my painting is visually continuous", as the architect defines it.
Can you possibly blame him? In the shared photographs we can admire the Monologue Art Museum in all its beauty, where, as in a work of art, each part has been carefully thought through to have a precise meaning in the overall composition of the painting, once again emphasising Wutopia Lab’s great talent in bringing to life truly memorable places. 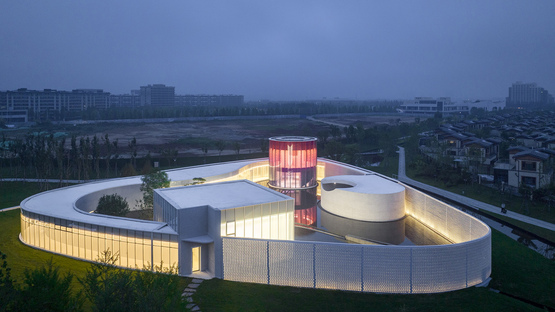 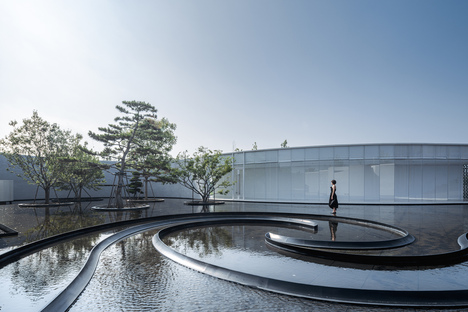 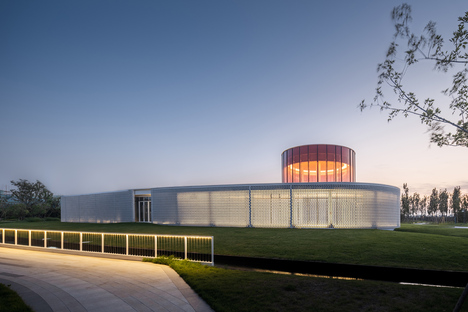 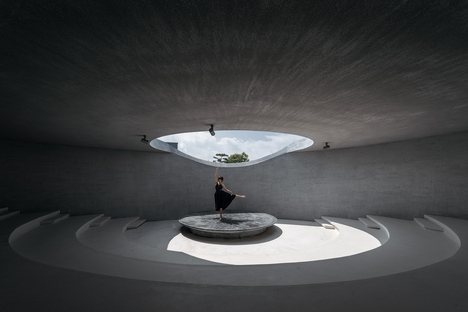 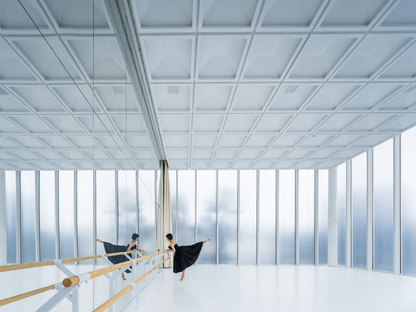 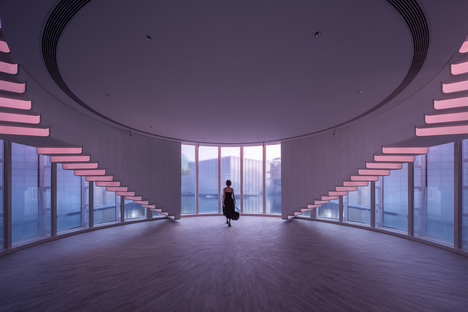 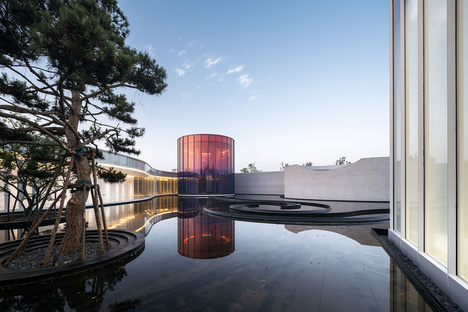 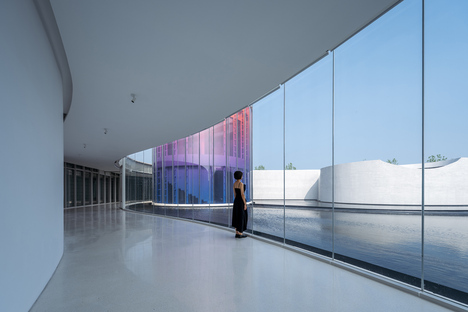 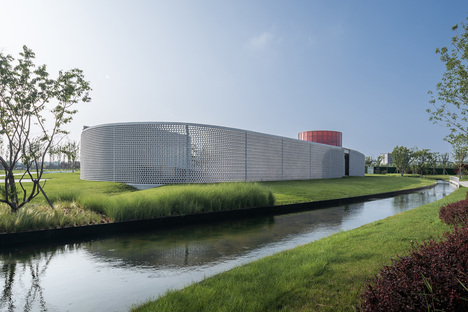 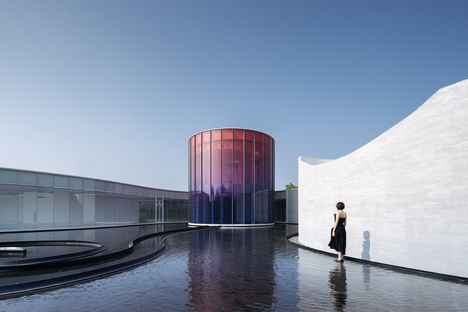 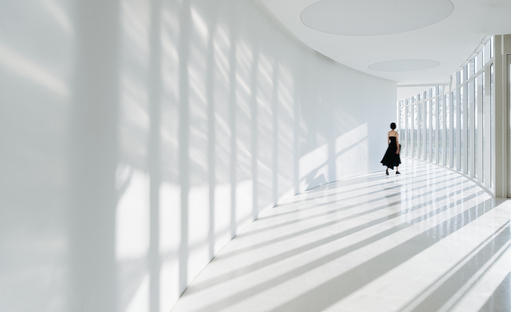 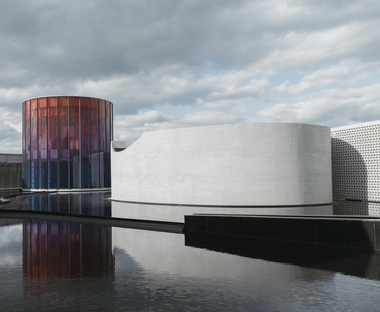 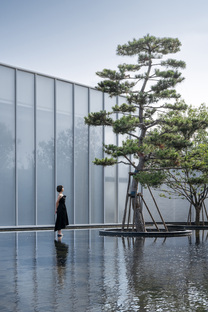 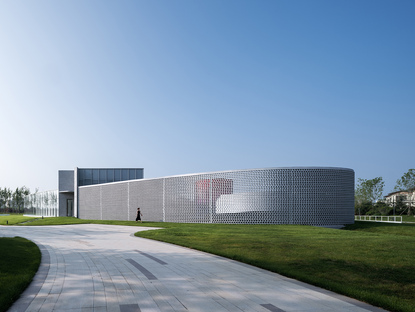 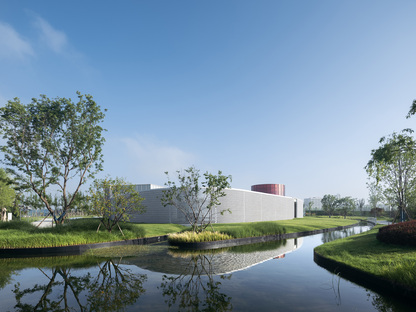 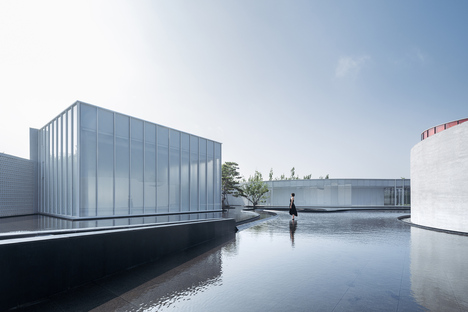 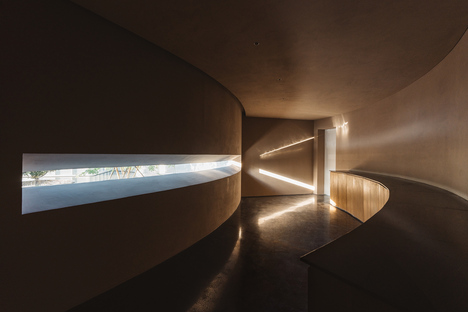